Epirian forces cut a distinctive figure on the table, with their militia forces backed up by a range of specialised robot troops. This week, we're sharing a look at a small Epirian force put together a while back by Marten, one of the members of our Maelstrom's Edge development team. 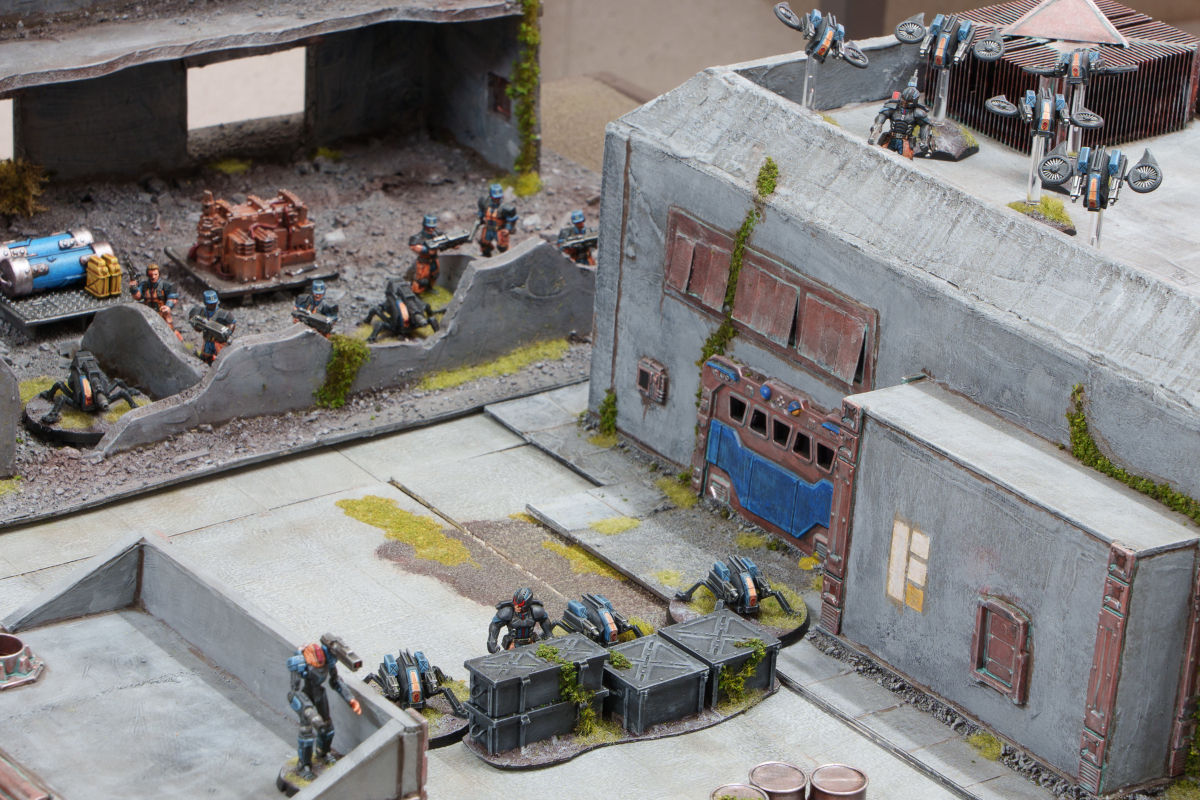 Built to fit on the table in 90 points for the V1 rules, Marten's force leans heavily into the various bot options. Contractors are all well and good, but accompanying them with chaingun-equipped support bots is even better! 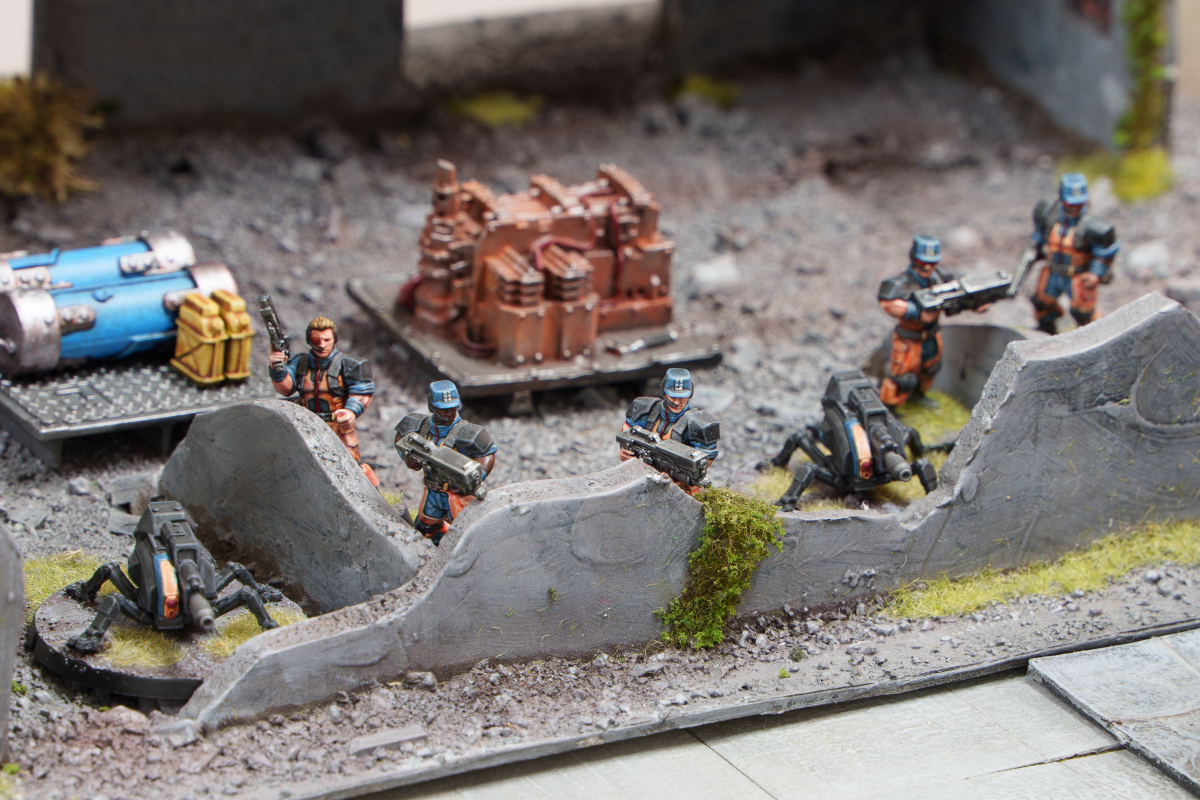 
Fireflies are comparatively fragile compared to most other Epirian bots, but are superb when you need to get some firepower across the battlefield in a hurry. 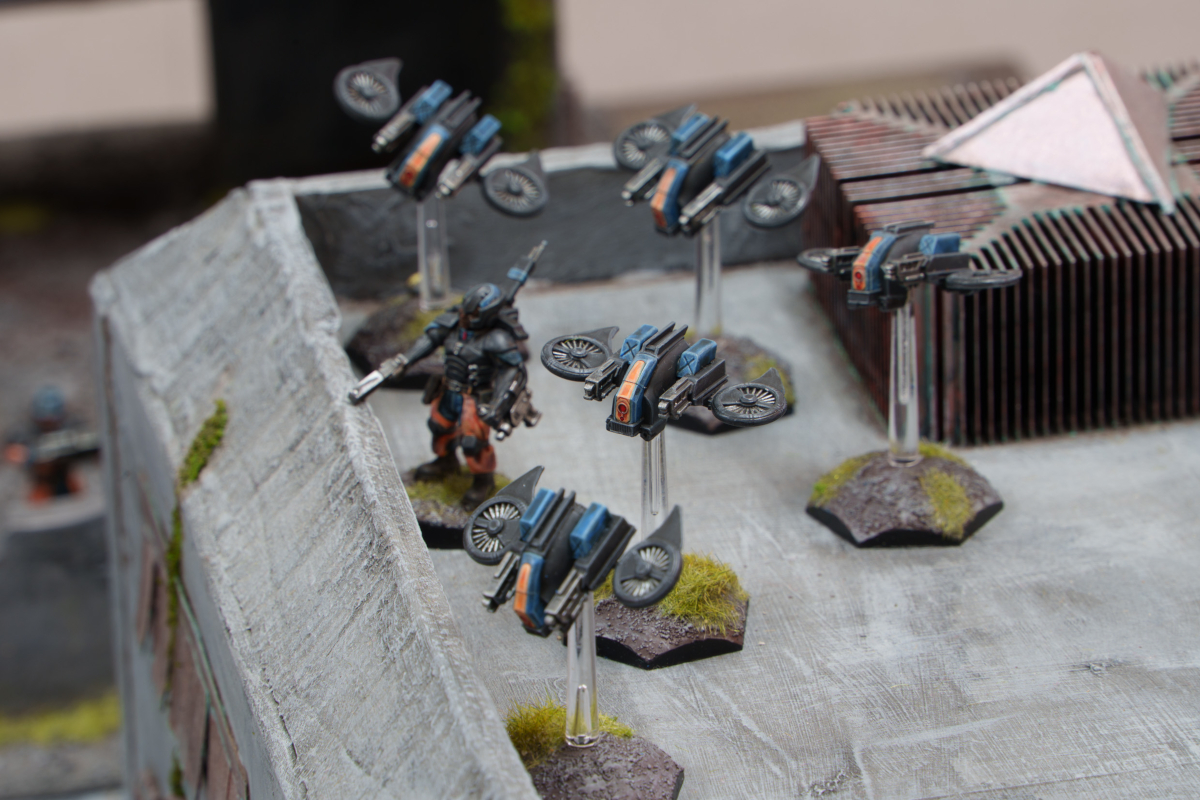 A Journeyman Bot Handler directs his Firefly cohort onto the battlefield. 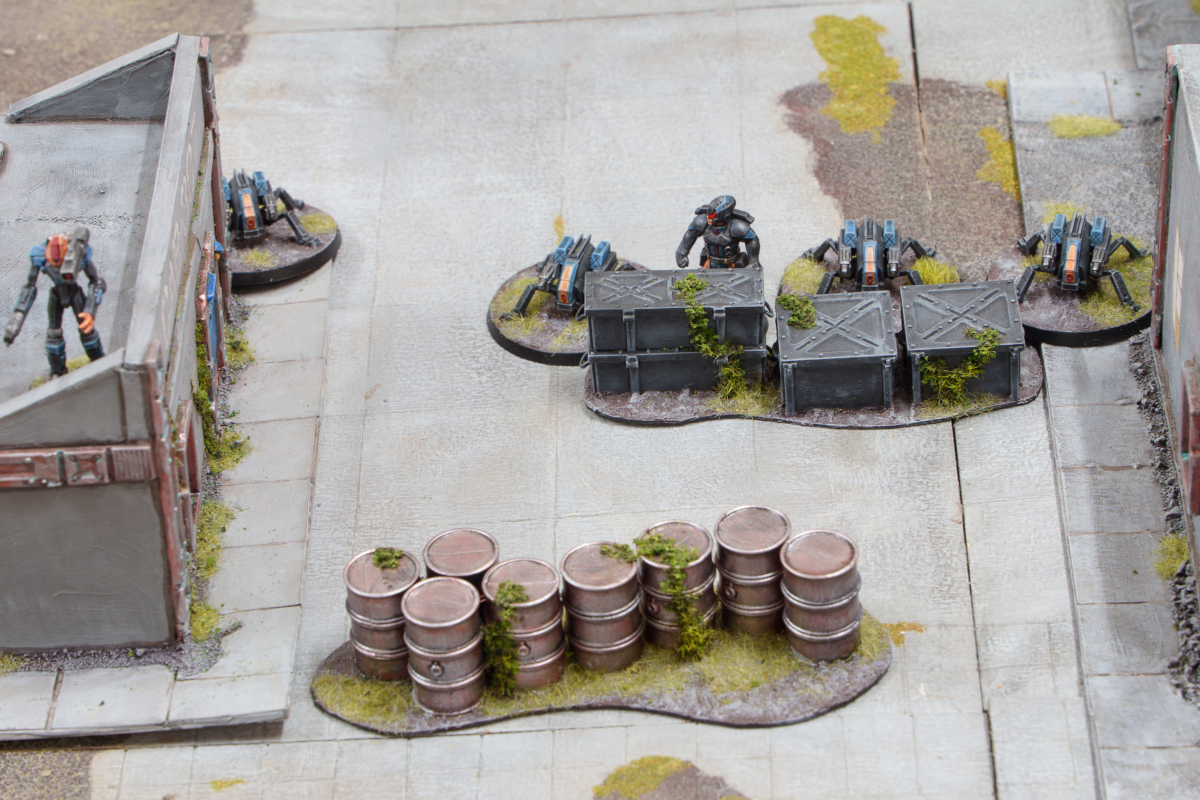 A unit of Spider Drones with their Apprentice Handler move up the centre under the watchful targeting lens of a Scarecrow bot.


A Scarecrow Sniper is a much more fearsome presence than its gangly frame might imply, capable of pummeling the toughest enemies at range with its shoulder mounted Maglock Railgun, or repelling closer foes with clingfire or chemical spray. 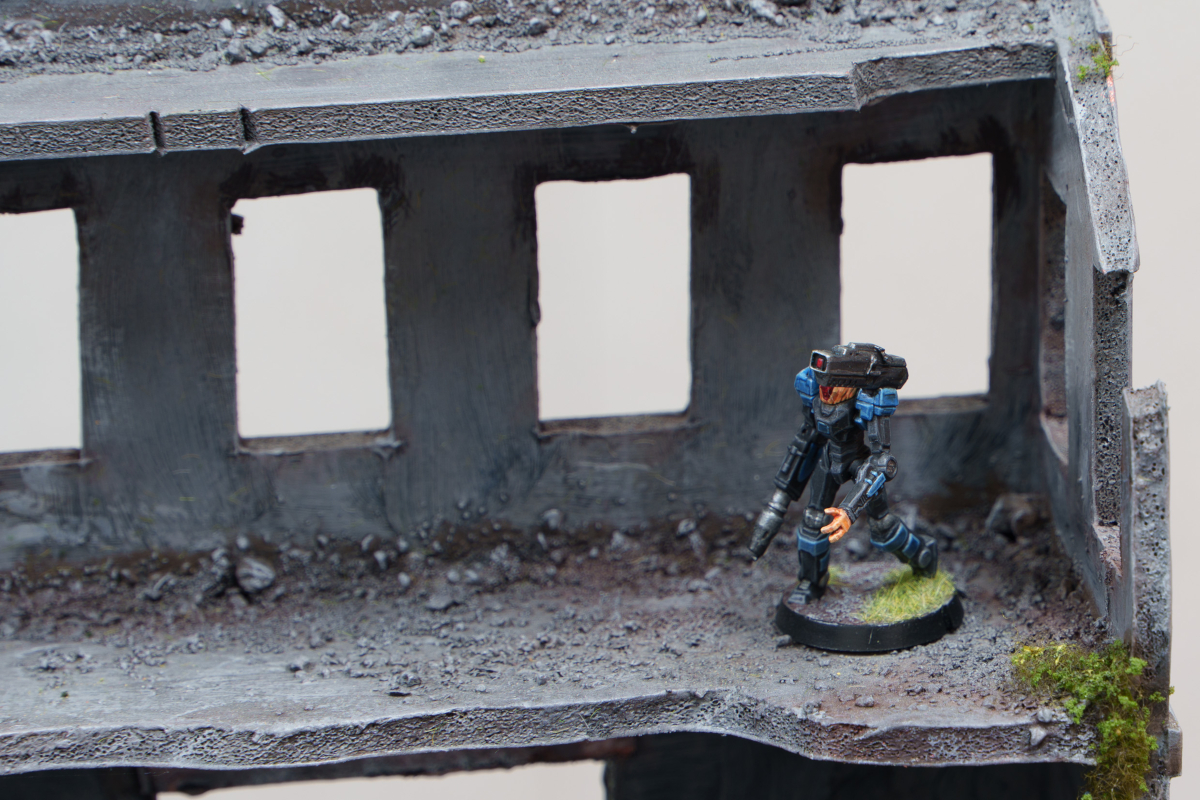 A second Scarecrow Sniper stands overwatch at the rear of the deployment.


To get started on your own army of robotic doom you can pick up these models, or any of the rest of the Epirian range from the webstore here.

Remember to also grab a copy of the Maelstrom's Edge V2 Beta rules so you can get into the action!