Last week, I shared a trash processing unit, the first of a series of terrain structures inspired by the classic Necromunda plastic/cardboard hybrid terrain. (If you missed it, you can find it here)

This week, I'm adding a watch tower to the set! 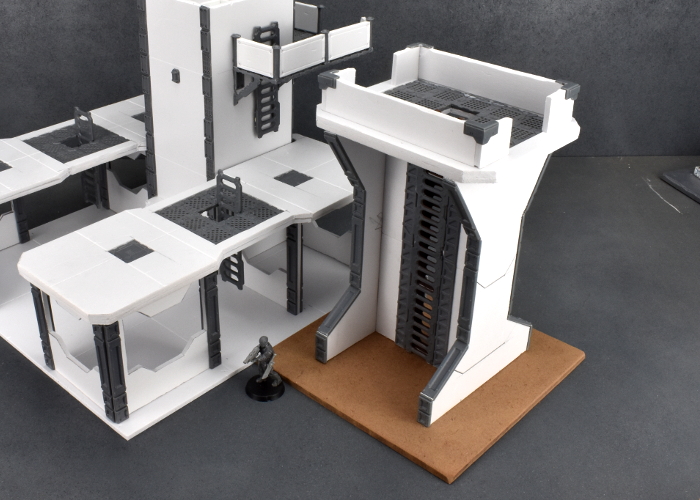 As with the previous building, I started out with a quick sketch. I don't always use a sketch, and when I do I don't always follow it precisely, but it can be a handy tool for visualising the process. 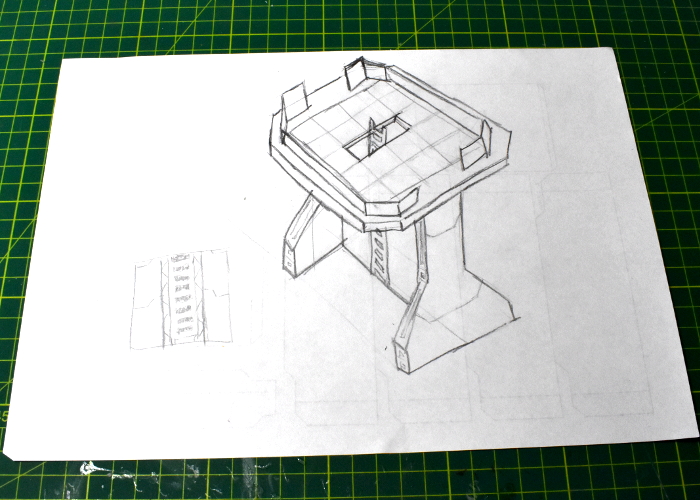 For this construction, I once again pulled out the 3mm foamed PVC, and a bunch of both of the Maelstrom's Edge terrain sprues. I started out by building the central pillar, which needed a ladder running up the center to the twin hatches on the platform up top. To give the pillar some depth, I decided to use two layers of PVC, with a ladder running up the outside of each face rather than just using one going up the middle. I wanted to be able to see through the ladder section, though, so cut out a strip up the middle of each pillar side just wider than the ladder rungs. The ladders themselves were taken from terrain sprue #1. I also engraved some panel lines into the PVC with a scriber. 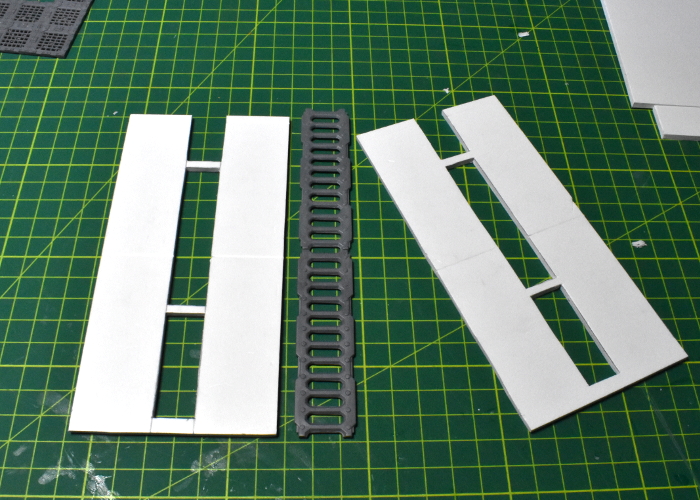 I glued the ladders onto the PVC with superglue, two to a side, leaving just a small part of the ladder projecting above the top so it would reach to the top of the platform. I then ran a strip of support struts from terrain sprue #1 up each side of the ladders for some extra detail. 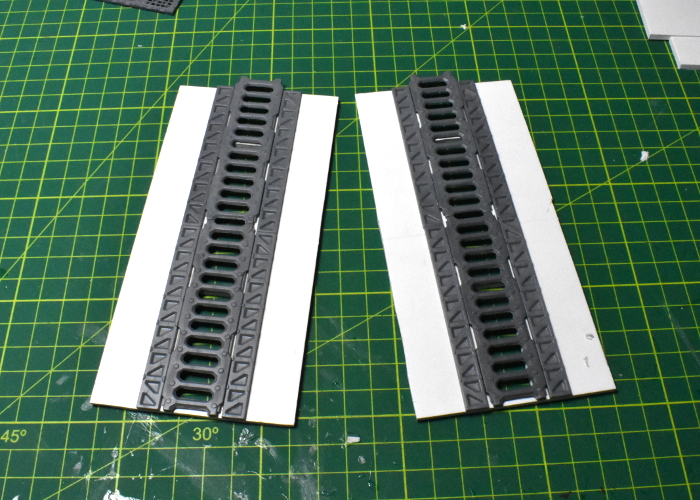 Because the gap between the ladders would be practically inaccessible once assembled, I sprayed the inside with some rust brown base before gluing the two halves of the pillar together. 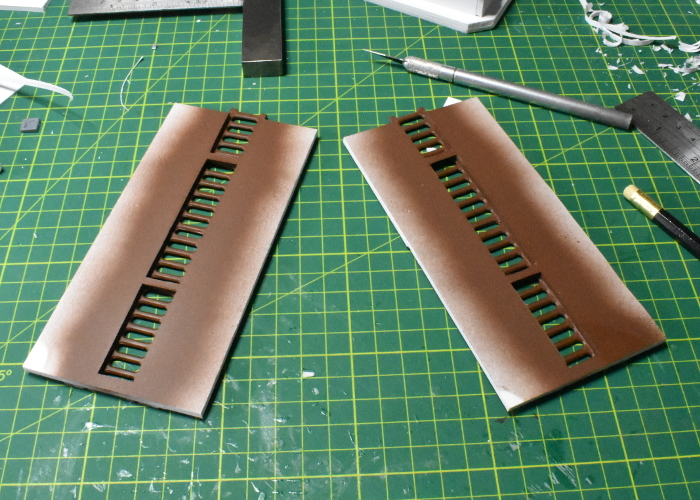 For the platform, I made up the main part of the floor using grating pieces from terrain sprue #2, glued edge to edge and leaving two pieces out in the middle for the ladder access. 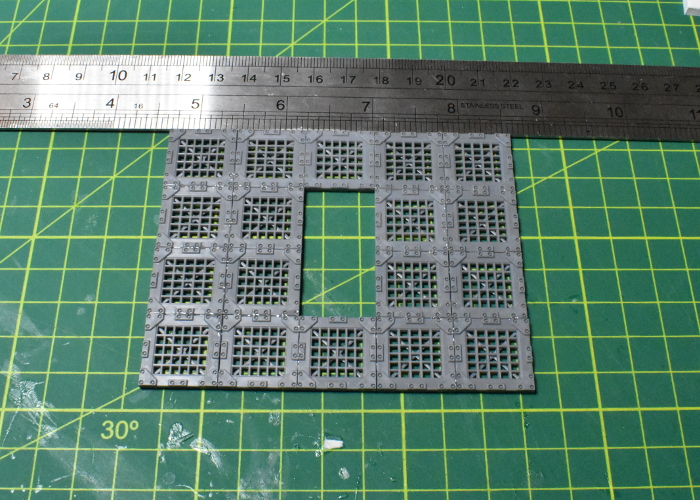 I then cut a surround from foamed PVC, with a second layer to give it some thickness, and to provide a support structure for the grating. 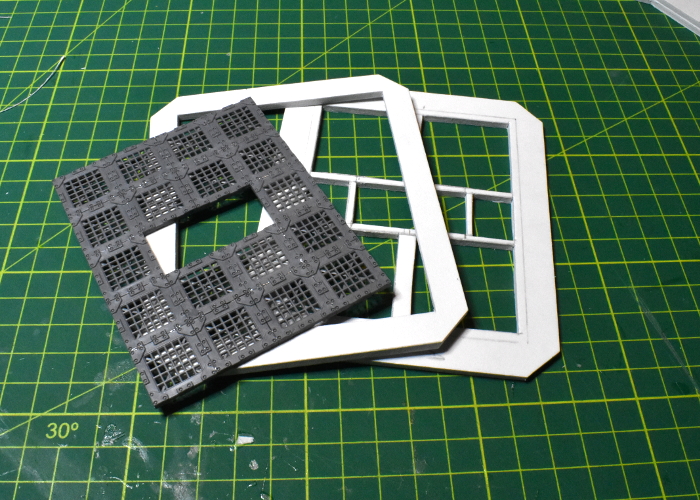 I designed the side pillars to give the structure some bulk while also providing some nice cover at ground level. As with the central pillar, these were made from two layers of PVC, cut to shape and with some panel lines scribed in on the outside pieces. 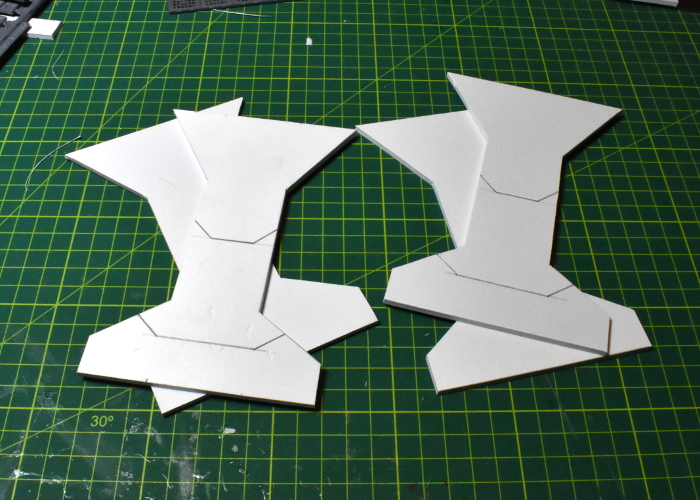 To give the side pillars some detail, I trimmed up some more support struts from terrain sprue one and glued them running up the edges of the pillars on both sides. 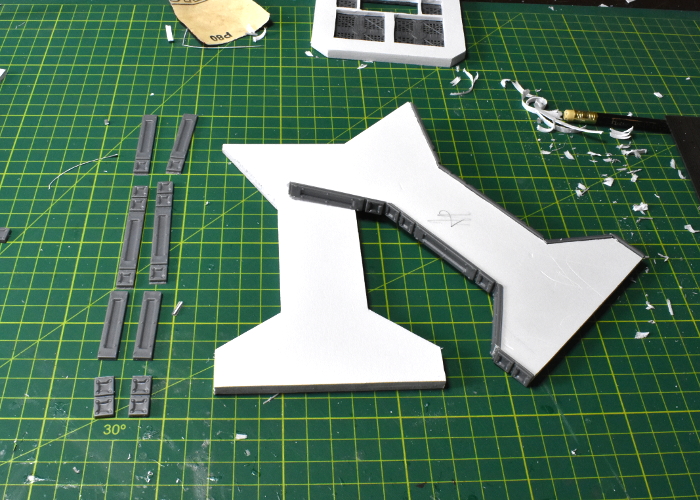 To finish up, I cut some waist-height (to scale, obviously!) walls for the platform, using some off-cuts of foamed PVC and some trimmed down corner brackets from terrain sprue #1. I then glued the structure together, and cut a base of hardboard for it to sit on. 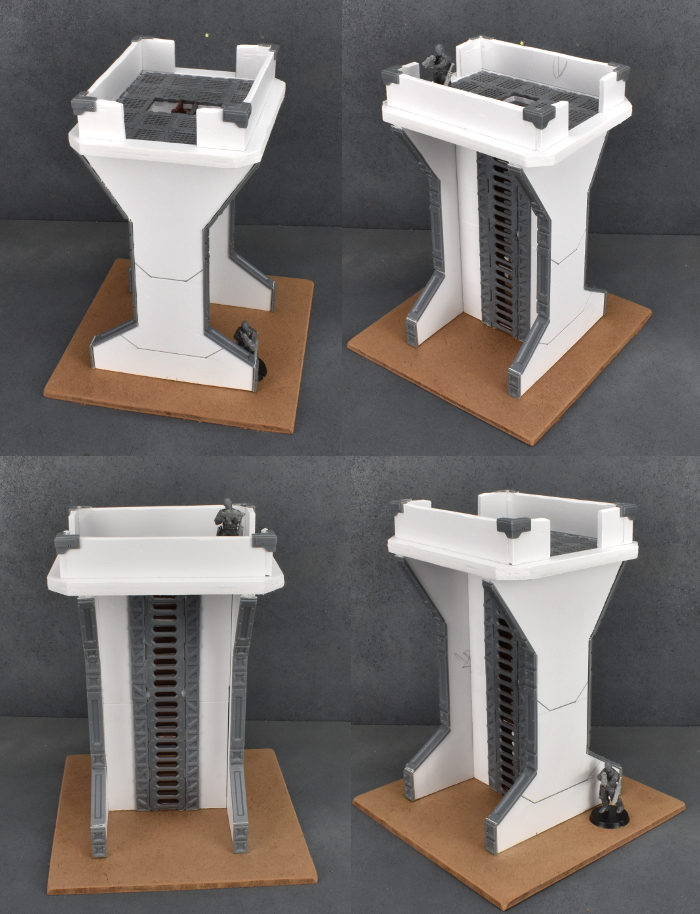 And that's two structures completed! As with the previous one, painting will come later, once I have a few of these all ready to go.

You're viewing a weblog entry titled Terrain Spotlight: Watch Tower. If you like this entry you might want to: