My ongoing project to create updated versions of the classic Necromunda terrain continued this week, with a third structure - a generator tower, based on the hexagonal(ish) multi-level platform. 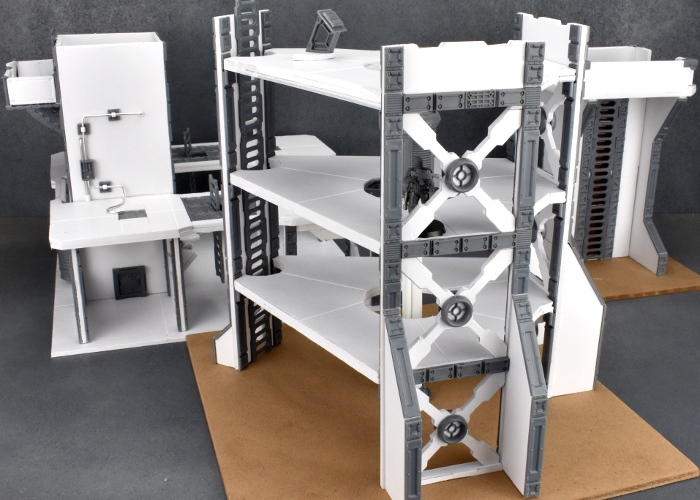 I started out once again with a rough sketch, to get a feel for what I was building. I wanted something similar to the original shape, but with the bulkhead on the narrow end rotated 90 degrees, and with something in the central hole rather than just having a big empty space. 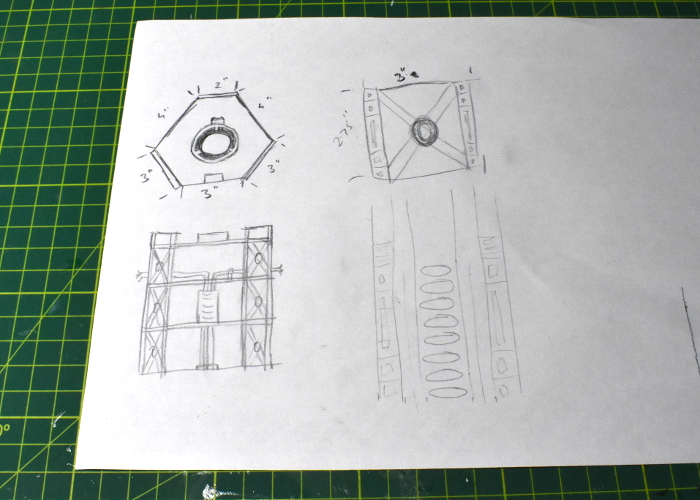 Instead of building individual bulkheads, like the original Necromunda plastics, I built each support pillar as a single piece. I'm not intending these buildings to be reconfigurable, and doing it this way gives the structure some extra strength. I used foamed PVC for the core of the pillar, cutting out the basic shape of the bulkheads, and then added support struts from the Maelstrom's Edge terrain sprues up each edge on both sides. I also added some buttresses from off-cuts of foamed PVC to provide some cover zones for gangers to hide in.

Access between levels is via a ladder running up the short end of the platform, rather than building a ladder into each pillar. This makes the structure a little harder to get up and down on than the original, but can be made up for with catwalk placement when the table is set up in full. 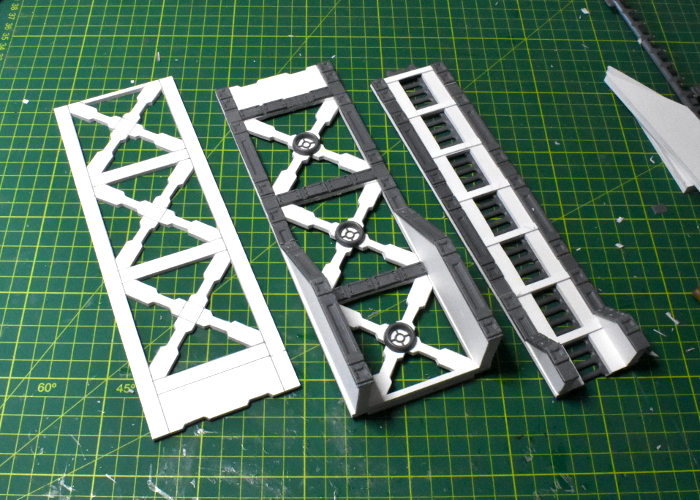 For the floors, I used double sheets of 3mm foamed PVC. One layer probably would have been enough, but I went for the extra strength and visual bulk from the thicker platforms. 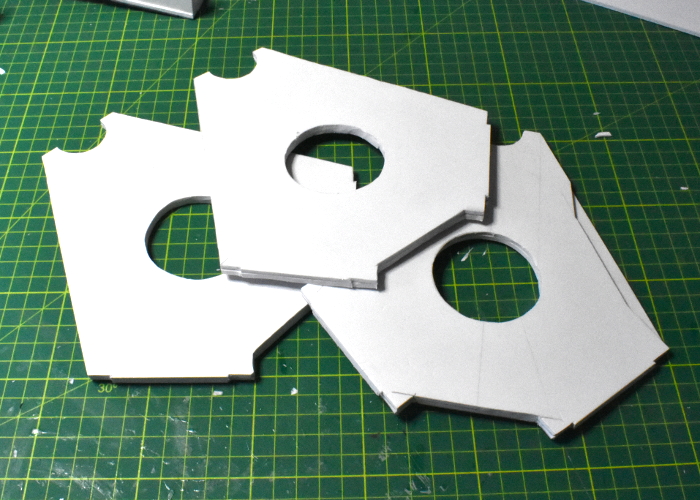 I took two generator coils from terrain sprue #2 and glued them together. The ends have a slight angle to them, so I sanded them down flat, and also sanded down an iris portal to fit over one end of the generator. The other iris portal fits back to back with the first. 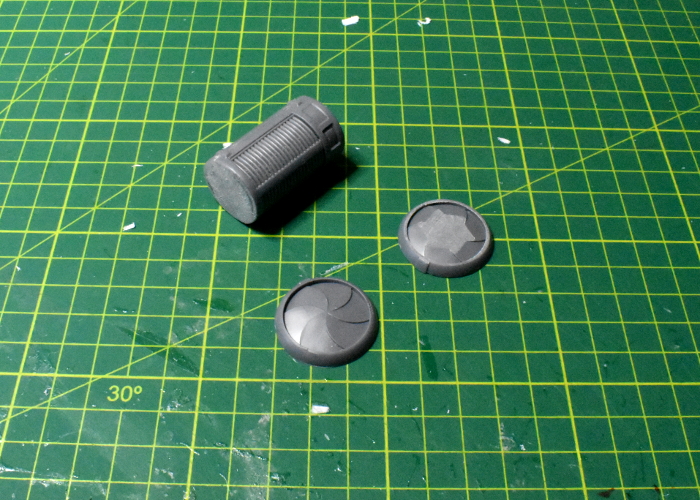 To give the generator something to sit on, I took a couple of trapezoid windows from terrain sprue #1 and trimmed their long edges to fit inside the central hole in the middle platform. In between these, I glued an octagon of PVC, with a large pipe fitting glued to the underside. 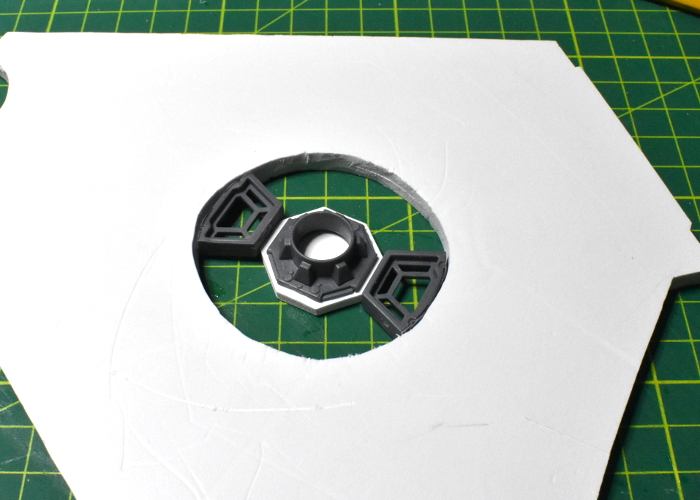 Time to fit everything together! I took some offcut pieces from the support struts and glued them to the bulkheads to create supports for the floors. 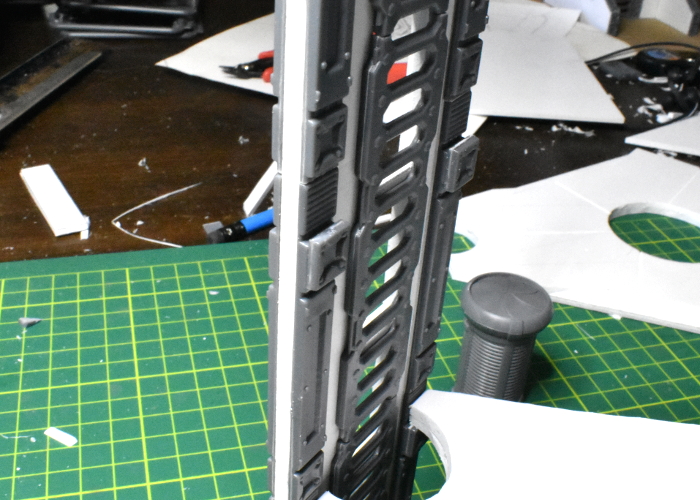 With the floors glued in place on their supports, the last things to do were to add some pipes running up from another large pipe fitting to the underside of the generator, and a control panel on the top level made from another trapezoid window, a computer from terrain sprue #2, and some cutoff support strut pieces. 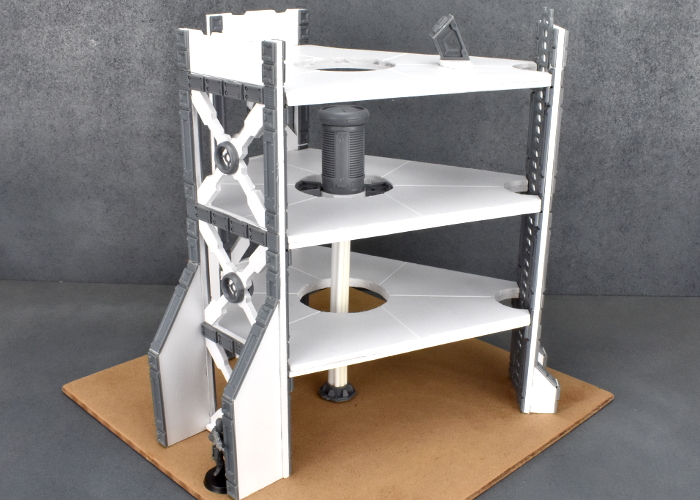 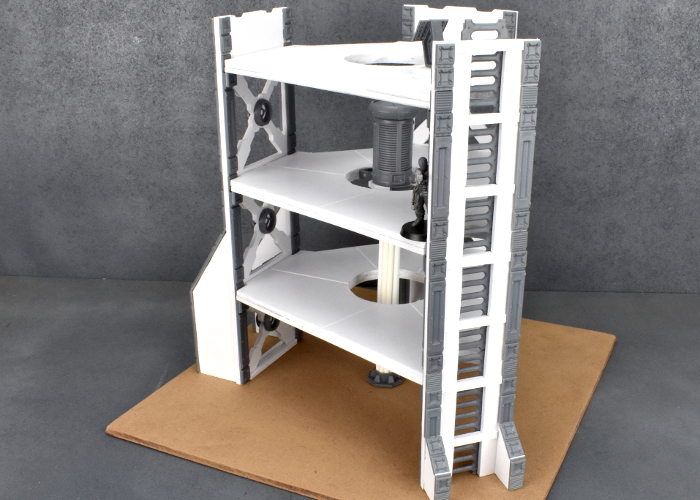 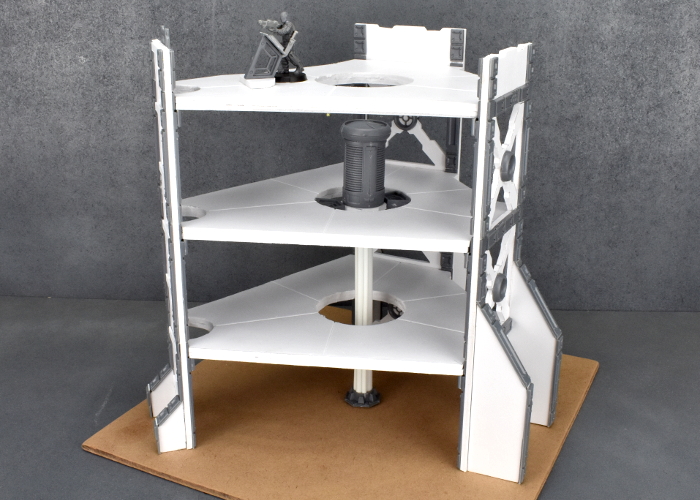 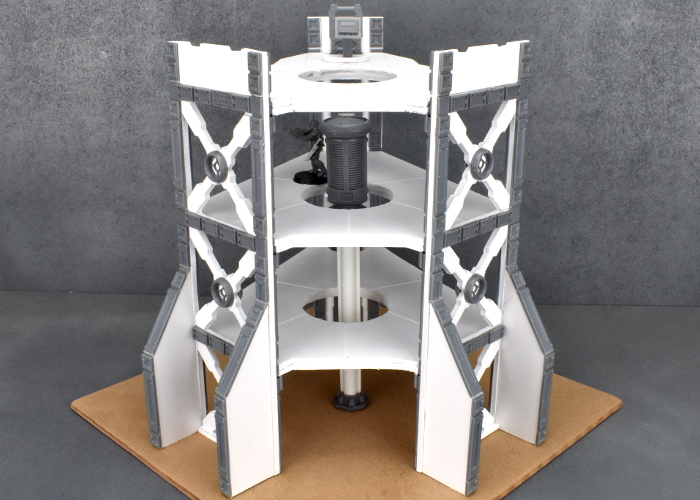 As with the previous builds, I'll hold off on painting this one until I have a few more ready to go and do them all at once.

You're viewing a weblog entry titled Terrain Spotlight: Generator Tower. If you like this entry you might want to: