Standard missions in Maelstrom's Edge include multiple objectives for players to rack up those all-important Victory Points. While the Primary and Secondary mission objectives are shared by both players, they each also have an objective specific to their own faction. The Artarian Remnant has been missing these faction-specific objectives until now, but we're pleased to announce that they are now available from the Card Downloads section of the Maelstrom's Edge website! 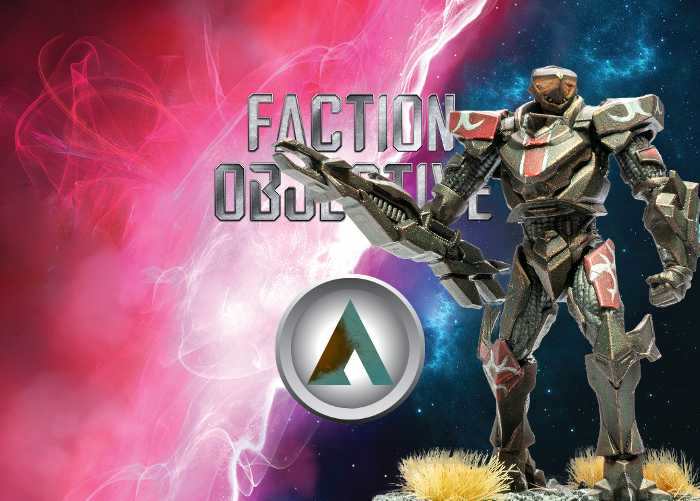 In keeping with the individual nature of Remnant fire teams, we've given you three different faction objectives to choose from!

When Remnant Champions go to war, their exploits are followed avidly back in their fleets by crowds of Artarians, all rooting for their favourite fire teams and champions. Crowd favour can be fickle, depending on successes or failure on the field, but the attention of the masses can provide a boost to a battling champion. 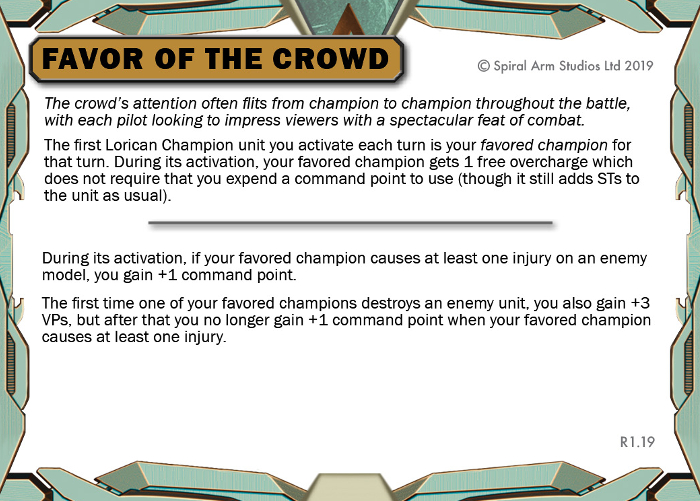 If you choose Favour of the Crowd as your faction objective, you can represent this attention through an extra command point bestowed upon the first suit you activate each turn. As champions can use command points to boost their suit systems through the Overcharge rule, this can come in very handy when a suit needs that little bit extra. 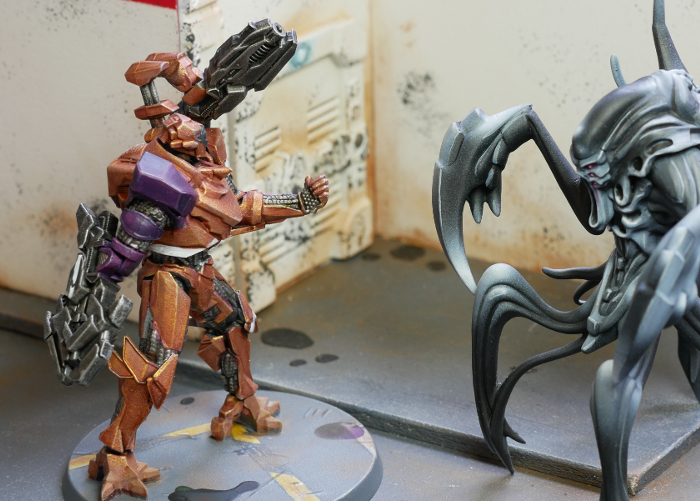 The attention of the crowds doesn't just convey approval (or lack of) to the fighting champions, but can also focus the fire team's efforts against particular enemy units at whim. The Great Hunt faction objective represents this by allowing you to nominate an enemy unit as your current Hunt target each turn. Successfully destroying this target will grant you VPs and additional command points. Even if you don't destroy your Hunt targets, though, nominating a unit as such can be a handy way of forcing your opponent to keep that unit away from the main action to avoid giving away VPs, allowing you to steer the battle where you want it to go! 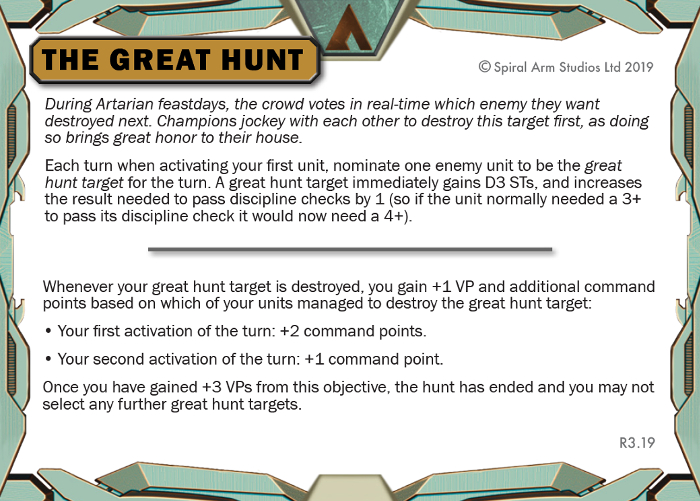 Finally, the Epic Hero faction objective lets you take to the field with an accomplished hero of the Artarian Remnant. This hero's exploits have earned him fame and fortune amongst his own people, and the enmity of the enemies of the Remnant. 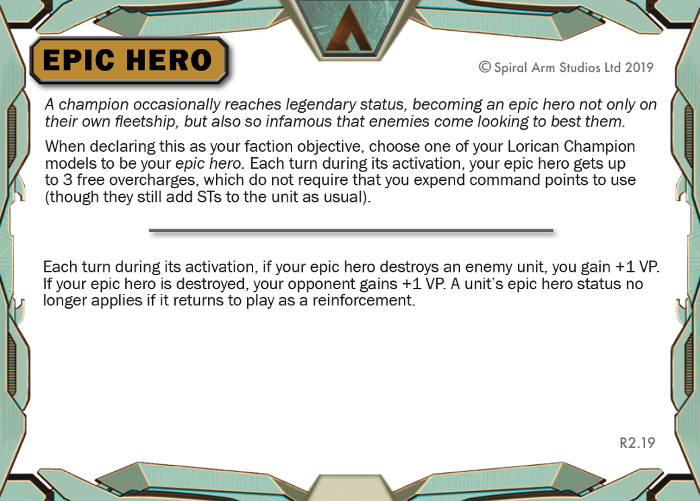 The Epic Hero gains you additional VPs for every enemy unit they destroy, but at the risk of also giving away a VP to your opponent if your hero is brought down!

To try these out for yourself, you can download the cards now from the Card Downloads section of the Maelstrom's Edge website. We would love to hear how they work out for you in your games, so be sure to pop over to the Comm Guild Facebook Group and share your war stories! 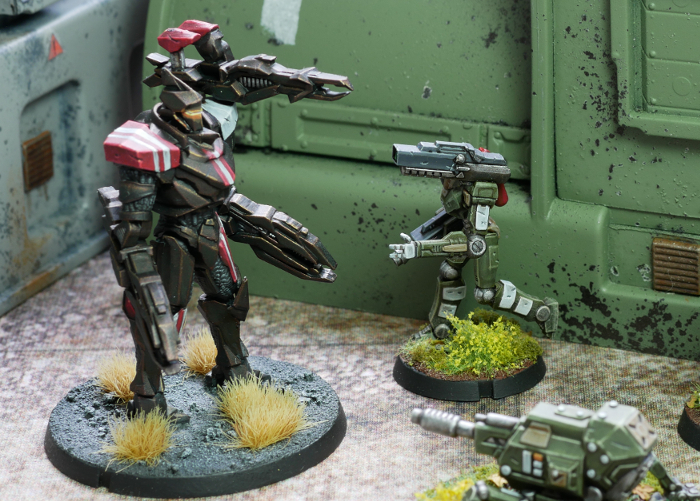 You can pick up the plastic Militus battlesuit model, used to create various suit variants for your Remnant fire teams, from the Maelstrom's Edge webstore here!

You're viewing a weblog entry titled New Faction Objective Cards for the Artarian Remnant!. If you like this entry you might want to: