The underhive construction drive continues! So far, I've put together a watch tower, a trash processing unit and a generator tower, and this week I'm adding a junction platform to the collection. 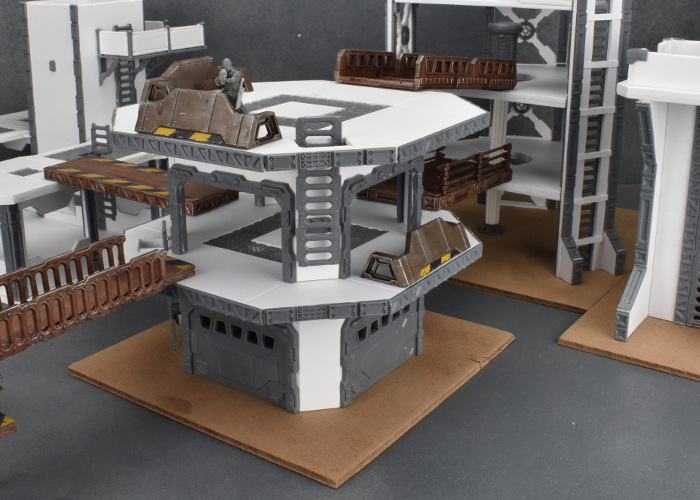 This construction is based (very) loosely on the bare, square platform from the old Necromunda terrain collection, with scatter terrain can be placed on top, or it can be used as a junction point for multiple walkways. I decided to build two of them in the end, so that I can use them individually, or stack them up for multi-level shenanigans.

The bulk of the wall structure is taken care of using the wide doors from the Maelstrom's Edge terrain sprue #1. I used four of them, taking to them with a sharp exacto knife to remove the doors from the frames. 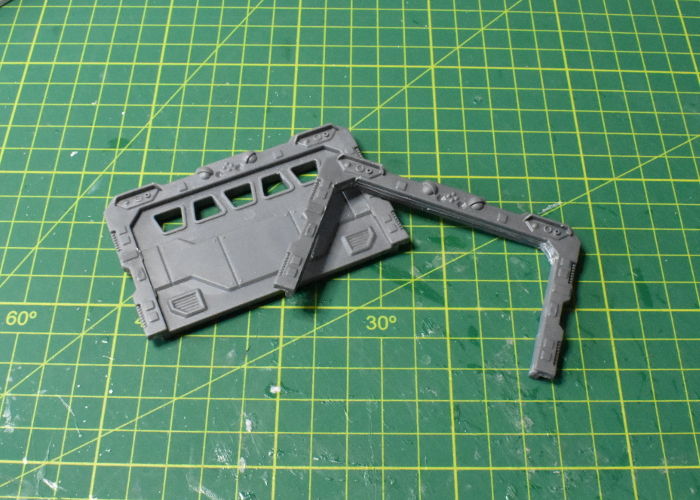 I joined the four resultant archways together using pieces of 3mm foamed PVC with 45 degree bevels on the vertical edges. 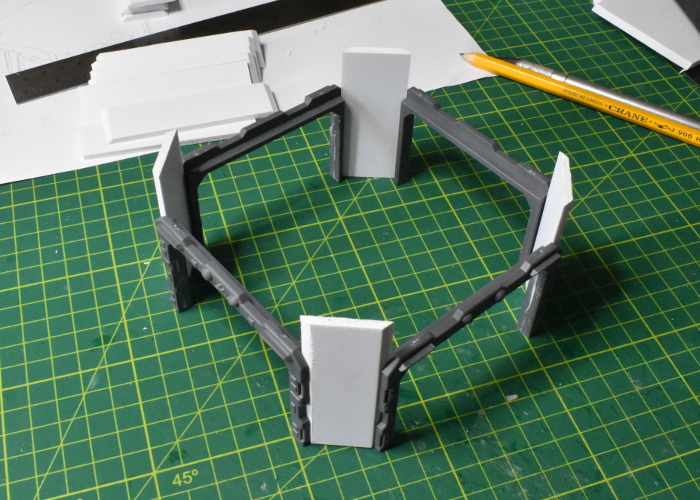 Some more strips of PVC filled in the gaps above the door frames, bringing the walls all up to the same height (2.75", which with the roof will come up to around 3". All of the buildings so far have been working around 3" to a level, although I'm not keeping it exactly the same from building to building, in order to accentuate the hodge-podge nature of the terrain once it's all on the table together with catwalks added!) 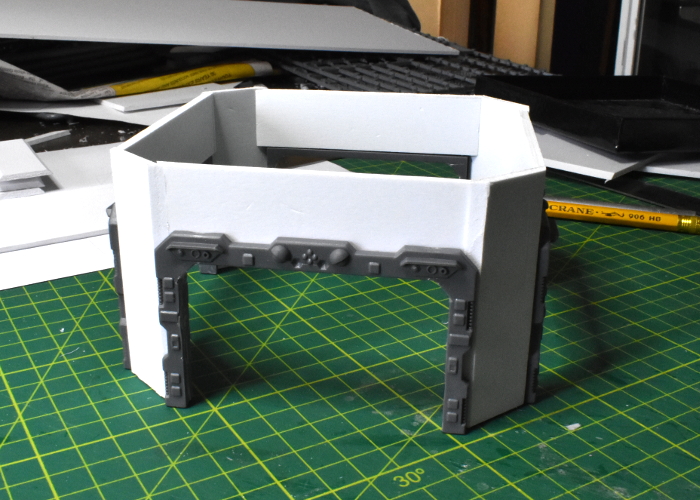 For the roof/platform piece, I cut two octagons of foamed PVC, leaving a space in the middle for some floor gratings. I also cut a ladder hatchway to match up to one of the lower angled walls. 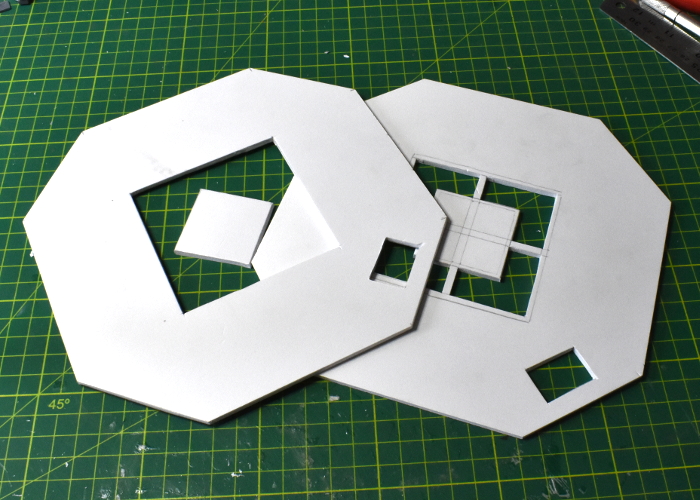 For the middle detail on the platform, I took a bunch of floor grating pieces from the Maelstrom's Edge terrain sprue #2 and glued them into a square shape. 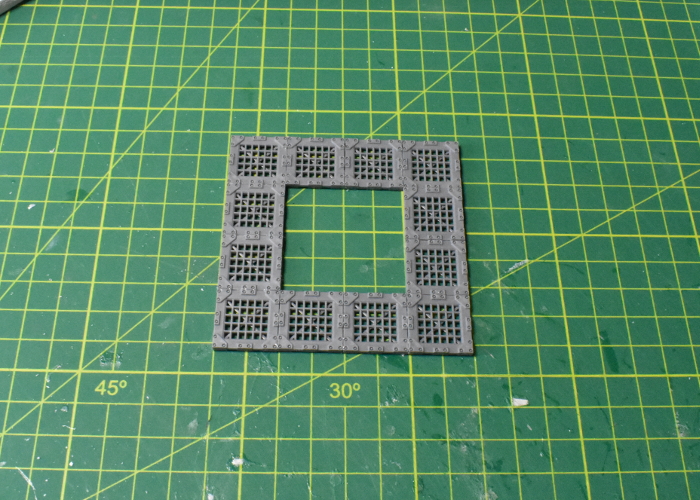 With the two platform layers glued together, I then inserted the gratings, and filled in the central square with another piece of PVC. I also lined the edges of the platform with reinforcing struts from both terrain sprues, trimmed as necessary to fit neatly around the perimeter. 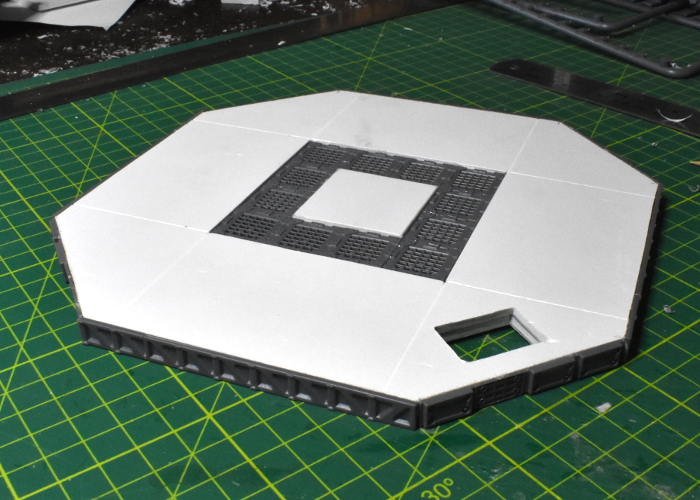 With the platform glued in place on top of the walls, the last things to do were to cut a base from hardboard, and add a ladder from terrain sprue #1, using a piece trimmed from the lintel piece from that same sprue as a spacer. 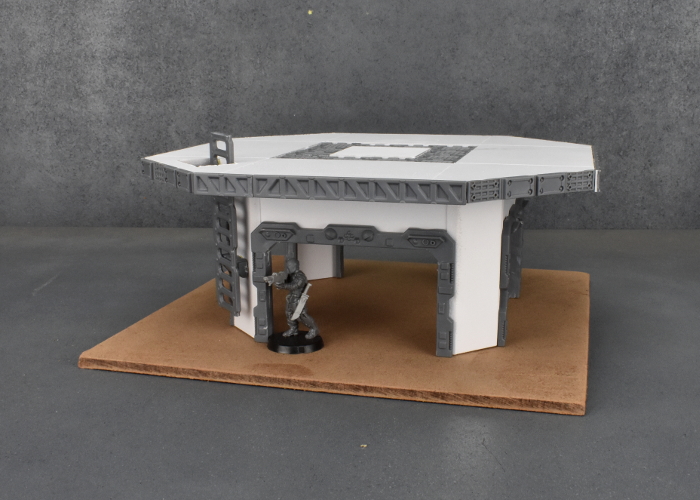 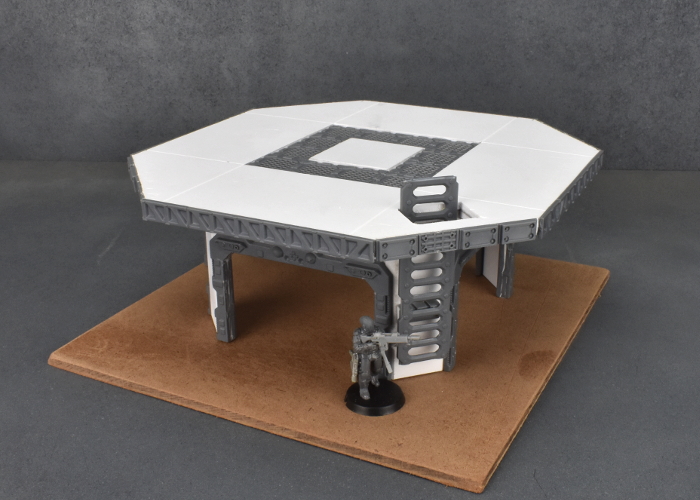 For the second platform, I followed the exact same process, but left the doors intact on this one for some solid line of sight blocking. 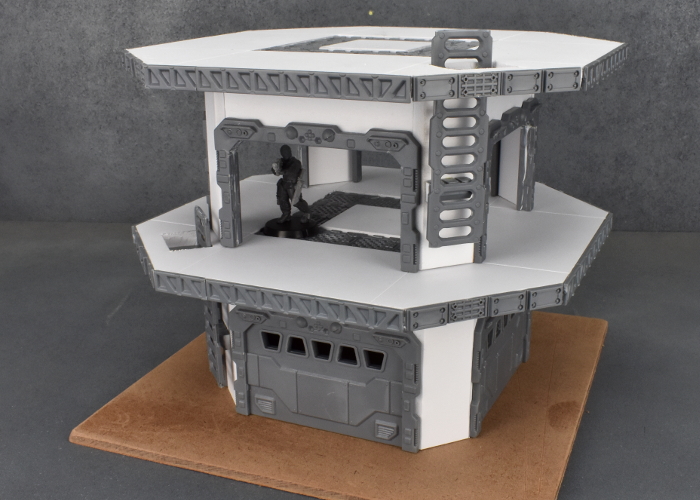 One or two more structures to go, I think, and then it will be time to get some paint on - Stay tuned!

You're viewing a weblog entry titled Terrain Spotlight: Junction Platform. If you like this entry you might want to: