It's become a bit of a tradition around this time of year for me to grab some leftover sprues and throw together a sci-fi Christmas tree ornament. For this year's trinket, I grabbed some parts from the original Maelstrom's Edge terrain sprue and made myself a somewhat technological snowflake! 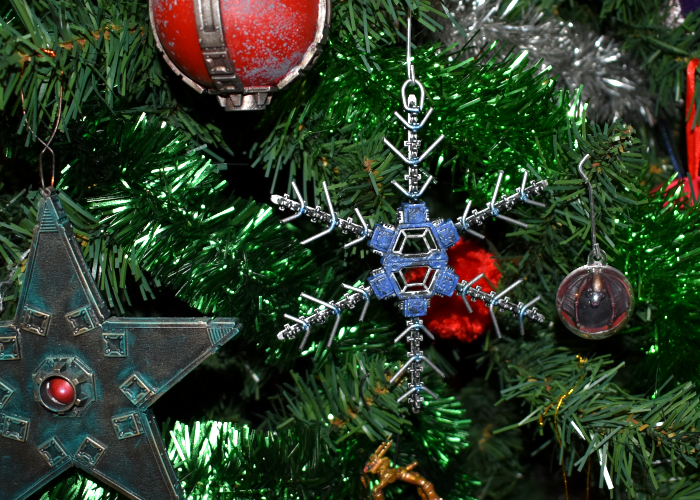 The build for this one was pretty simple. I started out with two trapezoid windows and half a dozen energy fence pylons. 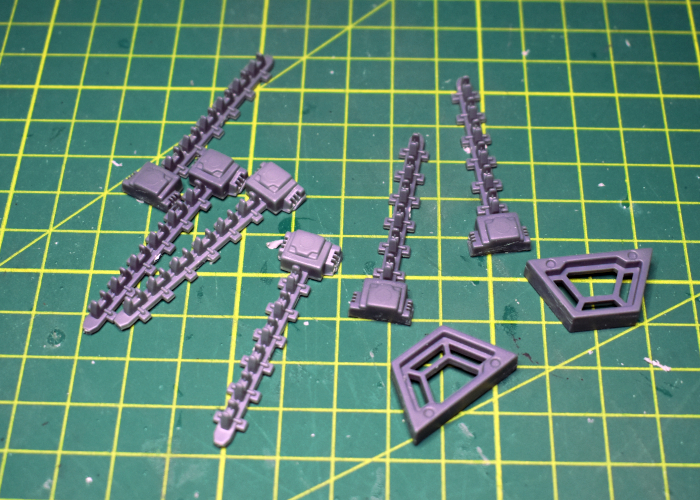 To make the branching parts of the snowflake 'arms', I grabbed some 1.5mm aluminium rod, cut it into 20mm and 30mm lengths, and bent them in the middle. 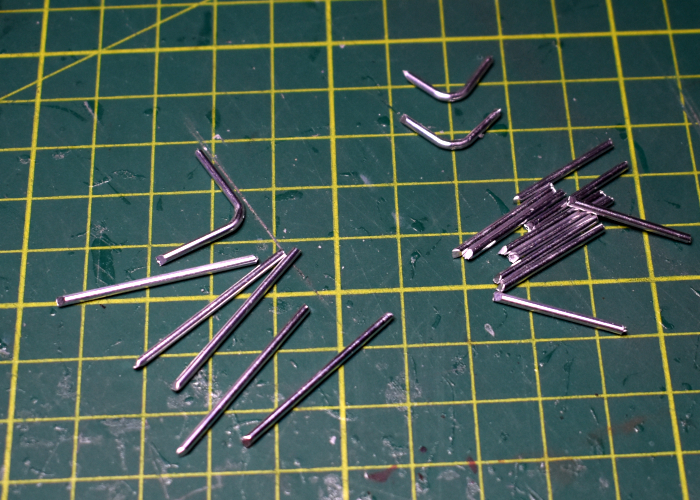 I made a simple formwork to glue the rod pieces in place, by laying a pair of struts from the terrain sprue on either side of the fence posts, adding a drop of glue into the grabby port on the post, and then sitting the bent rod in place. Another dollop of glue on top sealed the rods in place. I also added another piece of rod bent into a loop on the end of the 'top' fence post, to serve as a hanging loop. 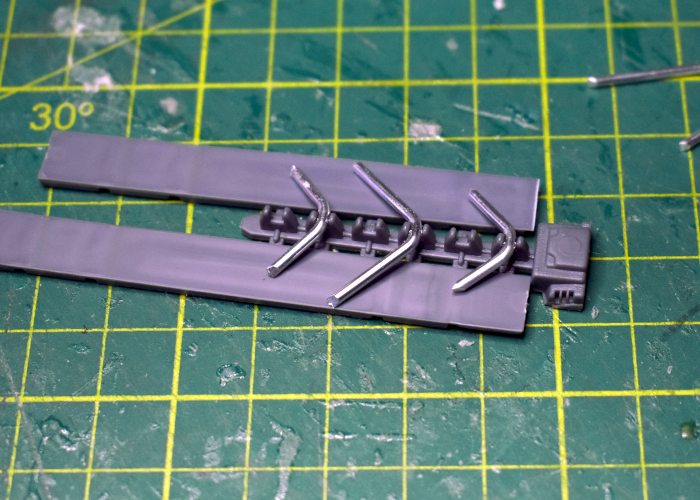 Once the frankly horrific amount of glue I had used here had time to set, I used plastic cement to glue the windows together, and the bottoms of the fence posts to the window frames. 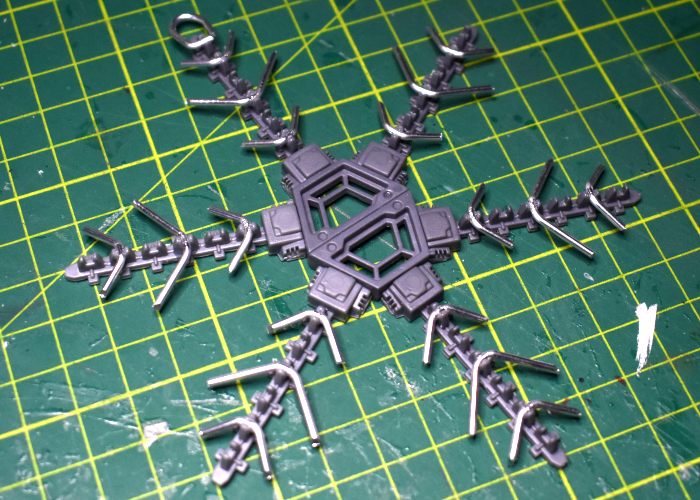 On to painting! I sprayed the whole thing with Army Painter Matt Black, and then with a layer of Plate Metal. 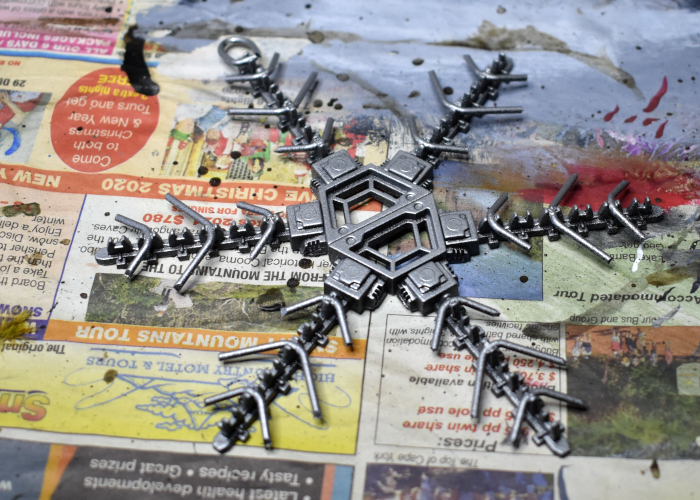 I then went over the window frams and fence posts with some Secret Weapon Soft Body Black wash that I had sitting around from an Adepticon goodie bag a few years back. 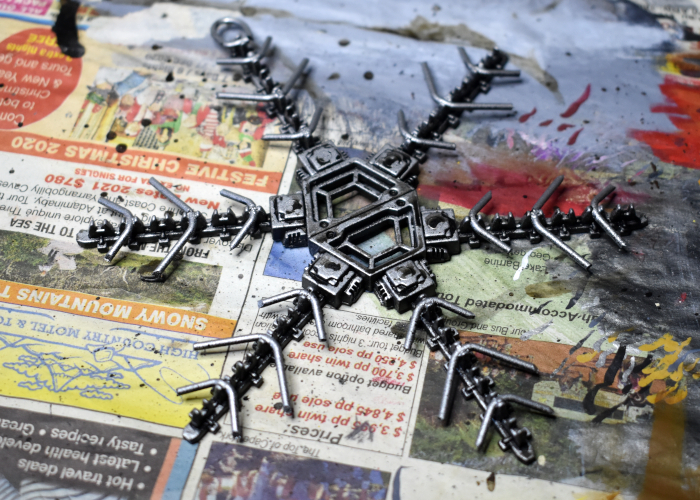 On the fence post bases and the window frames, I added a coat of Citadel Macragge Blue, with a highlight around the edges of Army Painter Ice Storm. 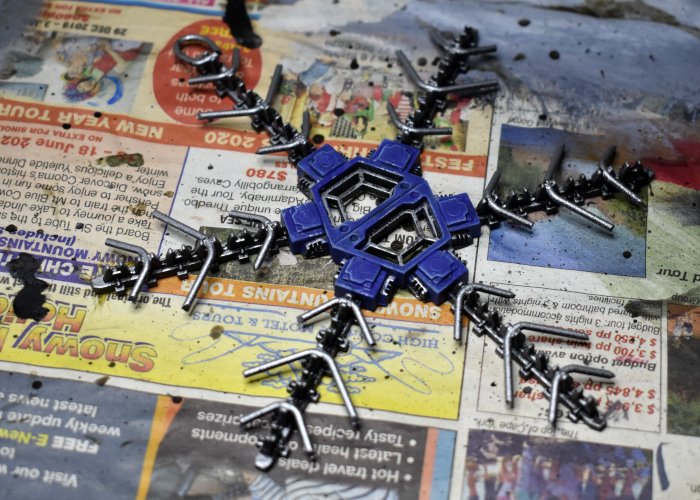 Then, because I apparently can't go for more than a week without weathering something, I took a sponge and some Vallejo Heavy Charcoal and added some chipping to the blue areas, highlighting with some more Ice Storm. As a final touch, I used some Army Painter blue tone to add a blue tint in the creases of the 'arm' attachments, for a little extra colour. And then on to the tree it went! 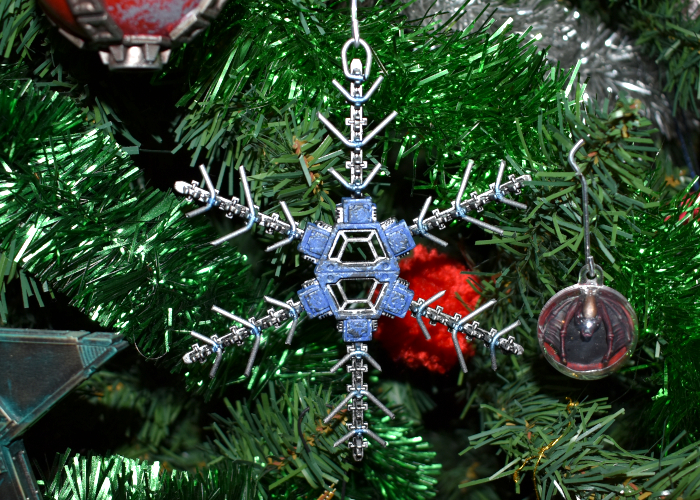 Here's wishing everyone a safe and happy time for whatever holidays you happen to celebrate around this time of year!

You're viewing a weblog entry titled Maelstrom's Edge 2021 Christmas Special!. If you like this entry you might want to: