While 'official' vehicles for Maelstrom's Edge are likely still a while in the future, the next edition of the game will include some expanded vehicle rules, in the interests of being forward-compatible. One of the things this will add in is the ability to transport troops in appropriate vehicles, and as I'm a fan of sending troops careening around the battlefield in small, metal boxes, I decided to get the jump on things and add some transport capabilities to my existing forces - just for show, for now. This week, I built some stylish wheels for my SecDef, using the Miniature Scenery Tactical Response Vehicle as a base. 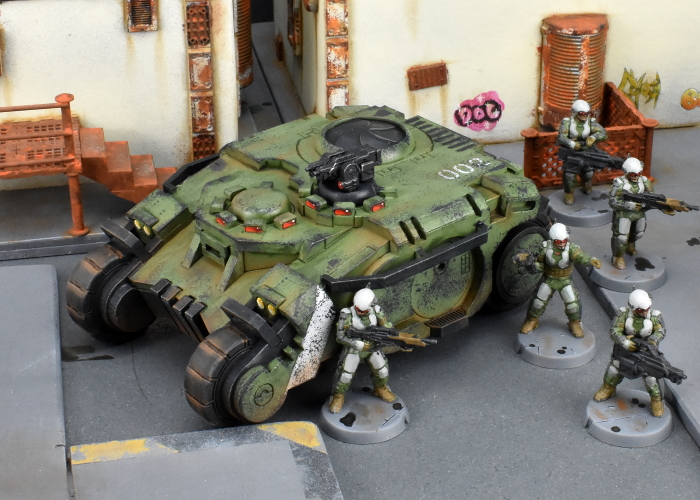 Miniature Scenery are an Australian company, producing a range of terrain and vehicle kits in laser-cut MDF. Through some sort of wizardry that defies my comprehension, the vehicles in particular are very cleverly designed to look as little like MDF as possible once assembled, which makes them a great addition to the miniature collection! 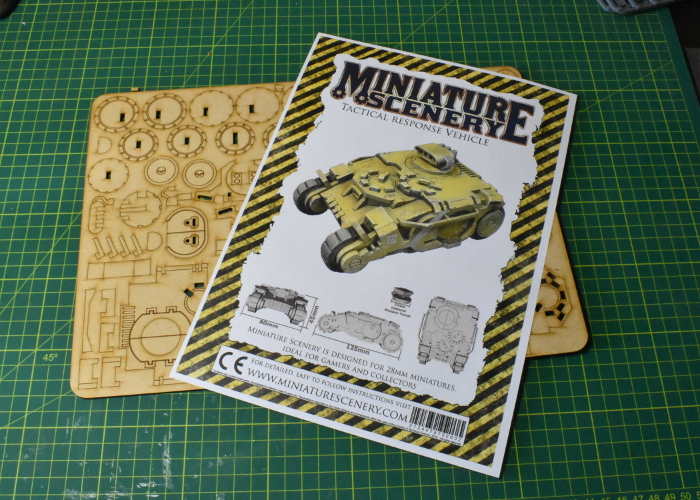 Assembly was largely by-the-book. I did take some extra time to sand down the wheels, which are made from several layers of MDF sandwiched together. This is something that is shown in the example pics but not in the instructions, and does make the wheels look a little more polished. 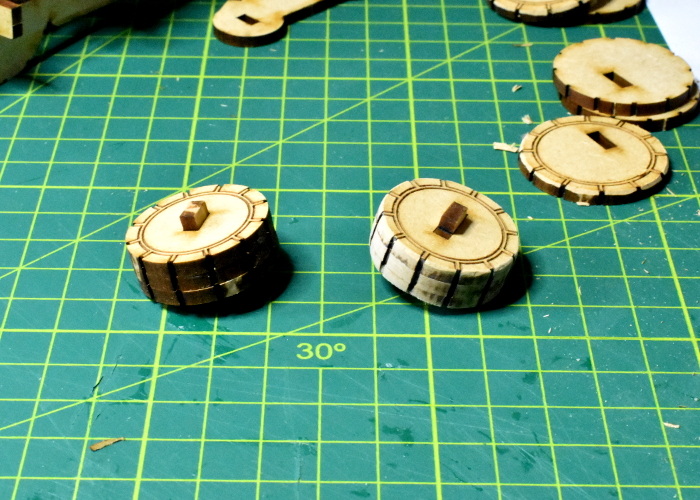 While I considered replacing the lights with something more 3D, in the end the only modifications I made were to the top hatches. These are flat, being etched into the MDF surface, and while they look ok, I wanted something more detailed. So I replaced the rear turret with an iris hatch from the upcoming new Maelstrom's Edge terrain sprue. For the smaller front hatches, I used round windows from the same terrain sprue, filled in with 'green stuff' putty and sanded flat. On the middle hatch, I added a weapon turret using two SecDef machine guns and a couple of weapon brackets from the terrain sprue. 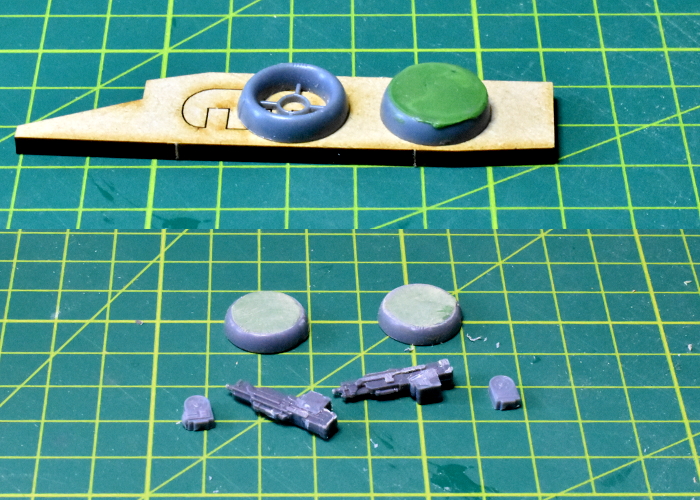 With everything glued in place, the vehicle looked something like this: 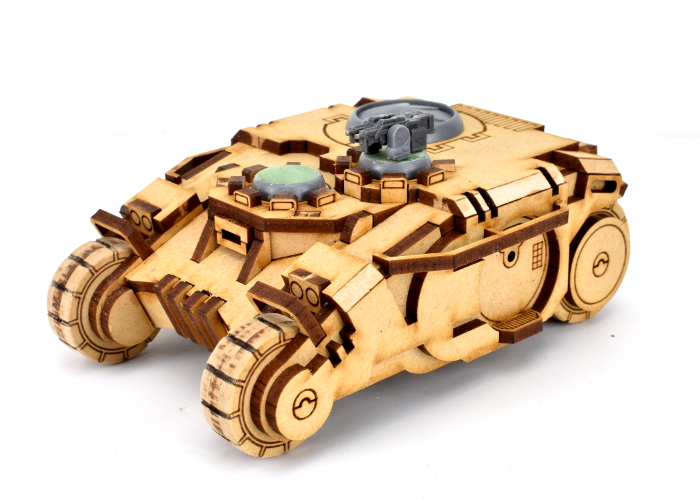 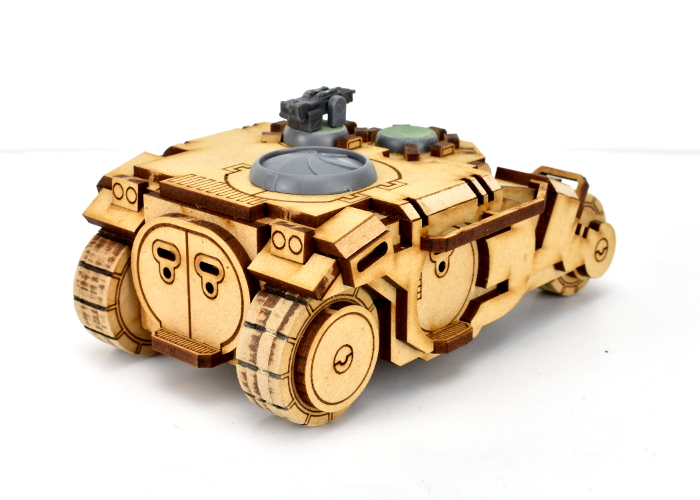 Given the vehicle's intended role, painting was (rather predictably) very similar to the process used for my 120 point SecDef force. I gave it some weathering to give it a battle-worn look (and to help disguise any minor assembly flaws!) but otherwise kept it fairly plain. Since the vehicle itself is fairly busy, I thought a more complicated colour scheme might just be too much. And in the end, the decision to not replace the lights turned out fine, as with some paint on the flat, engraved lights work just great. 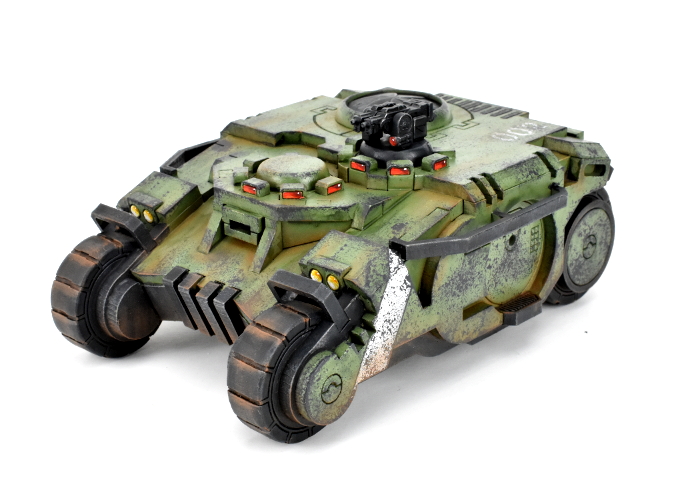 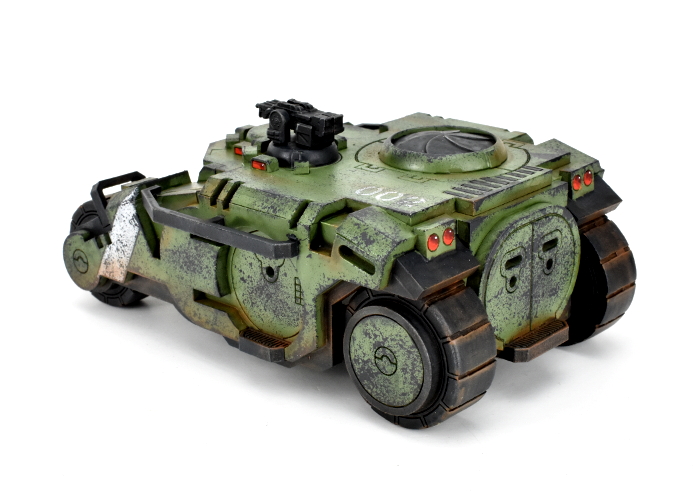 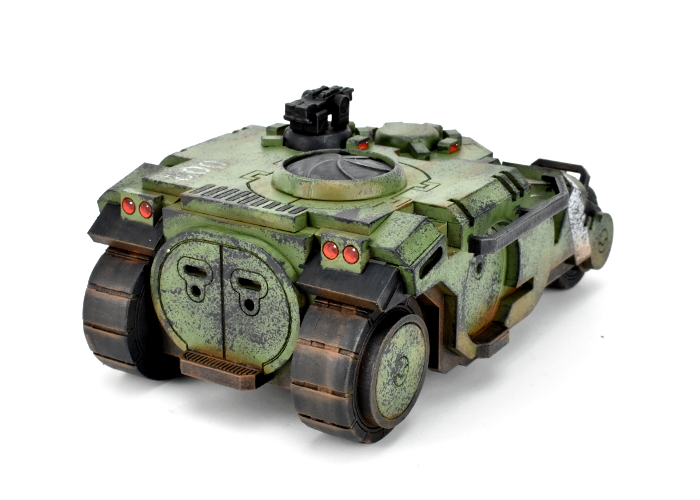 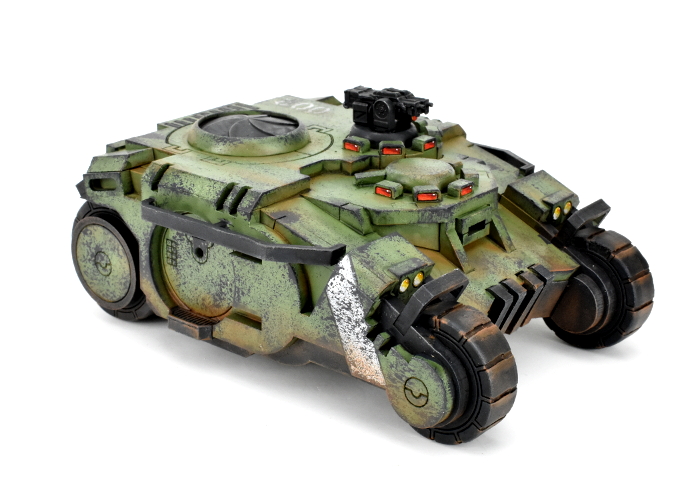 And that's it - ready for the table! In coming weeks, I'll be looking to add some more 'unofficial' unit cards for some transports (including this one, obviously) to the Force Listing section of the Maelstrom's Edge website, to allow you to kick the wheels of the new rules a little if you're so inclined!

You can pick up the entire Maelstrom's Edge model range, including our current plastic urban terrain detail sprue in the webstore here.

Share your creations, or ask any Maelstrom's Edge- or hobby-related questions on the Comm Guild Facebook page!

You're viewing a weblog entry titled Modeling Spotlight: SecDef 'Ironhide' Transport Vehicle Kitbash. If you like this entry you might want to: