This week, I'm having a play around with another of the original models released with the Battle for Zycanthus boxed set: The Kaddar Nova!

The Kaddar Nova is a member of the Karist Enclave priesthood, but they are often granted operational control on the battlefield due to their experience and the reverence paid to them by members of the Enclave. Equipped with an incredibly powerful cybel reactor that serves as both a power source and a weapon, the Kaddar Nova is a distinctive figure. Their bodies are enlarged and twisted by their constant exposure to cybel energy, and their ravaged faces cut a stark contrast to their powerful frames.

As the leader and figurehead of the Karist forces, the Kaddar Nova needed a suitably impressive model kit, and so the sprue comes with a nice array of parts to build them. But as always, of course, the sprue is only the starting point, and below I'll go through some quick and easy ways to further customise this fearsome individual. 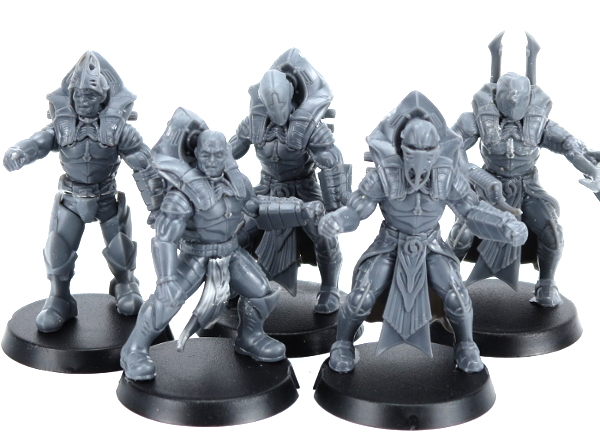 Building your Kaddar Nova straight off the sprue lets you choose from three different sets of legs, two different arms for each side, two different heads, and an optional crown piece for the more formal-dressing Kaddar. 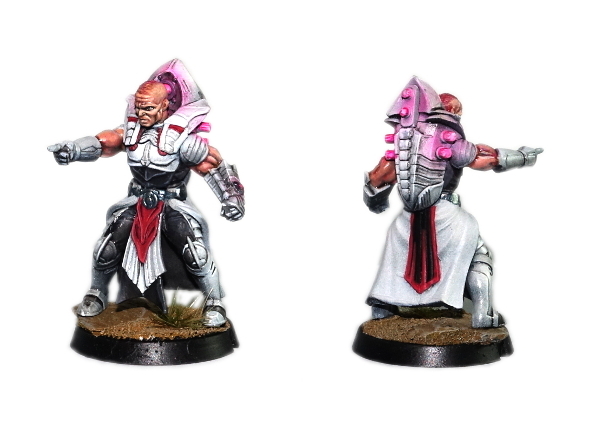 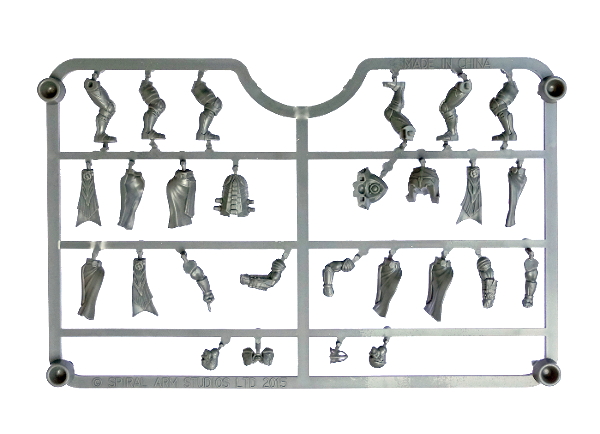 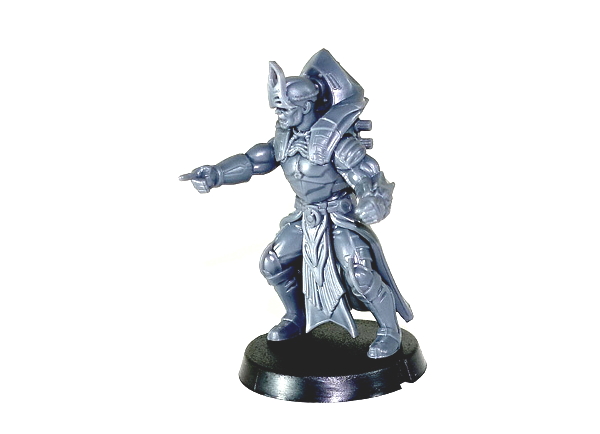 The indents in the crown mimic the extra eyes of the alien Angels that often accompany Karist forces. You can use this to make a more mysterious Kaddar Nova by taking the head with the scull-cap, trimming his nose down flat and gluing the crown piece on upside down over his face, so that the upper rim sits just below his eyes. 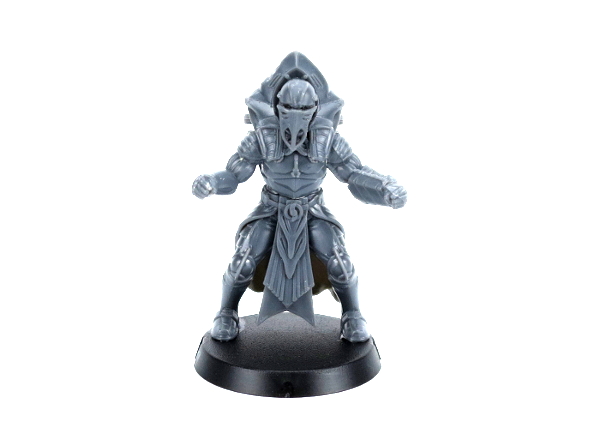 Headswaps are another easy way to mix things up on your models. The necks on the original Karist sets weren't all interchangeable (something that we've corrected in later Maelstrom's Edge models) but thanks to them being plastic that's easily fixed with a little cutting or filing. On the below model, I have used a head from the Tempest Elite set, with the helmet crust removed as it would hit up against the cybel reactor. 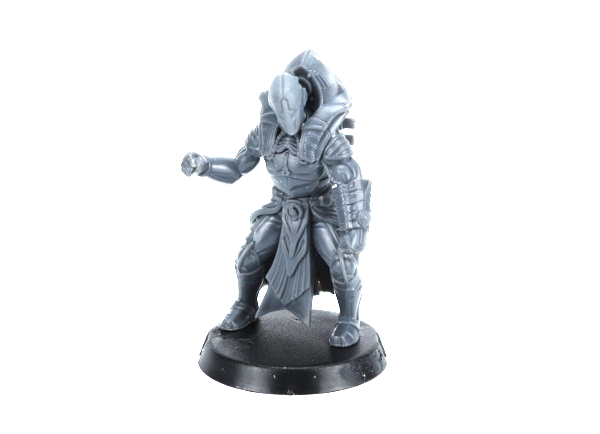 A more inscrutable look can be achieved using a Karist Trooper helmet with the neck trimmed down to fit, and the eye lenses sanded down to produce a blank faceplate. The staff on this model is a modified Cybel Glaive from the Faction Expansion sprue. 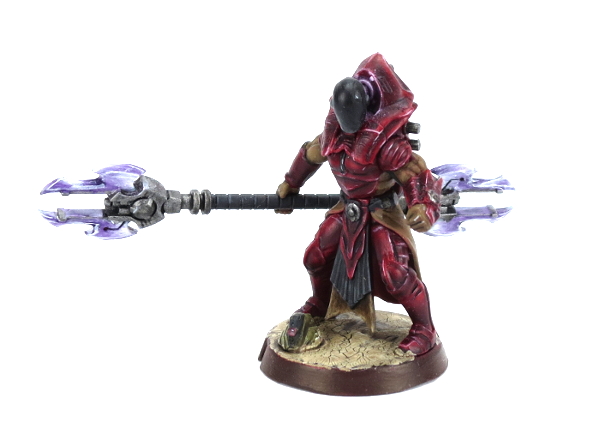 An advancing pose can be created with some careful cutting - trim a wedge out of the groin area where the legs join, so that they can be attached in a less spread position, and glue them so that one leg is to the rear slightly. Once the glue has set, cut or file the waist down flat and assemble the rest of the model - his robes largely hide the joint, but you can use a little modeling putty to fill any resulting gaps. 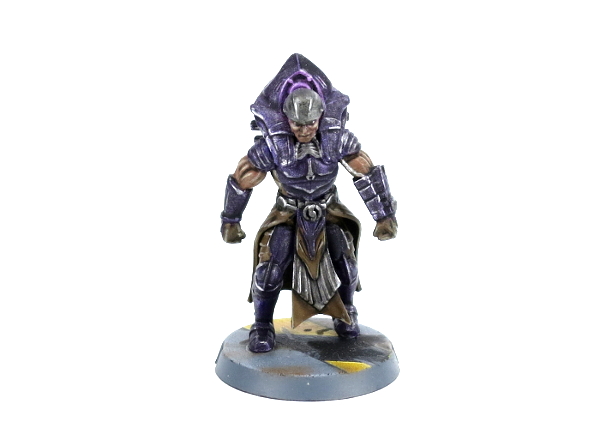 Alternatively, you can look for legs from elsewhere in the range. Trooper legs are too small, as they're not cybel-enhanced like the more elite Karist warriors, but by cutting through the waist of a Tempest Elite model with a razor saw, you can replace the Kaddar Nova's robed legs with walking, armoured legs instead. 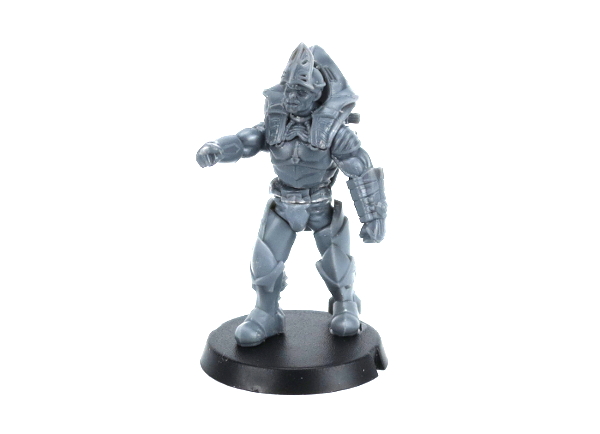 Shadow Walker legs also work, although they're a fraction shorter. This Kaddar Nova is obviously just not quite as cybel-swollen as his compatriots yet. 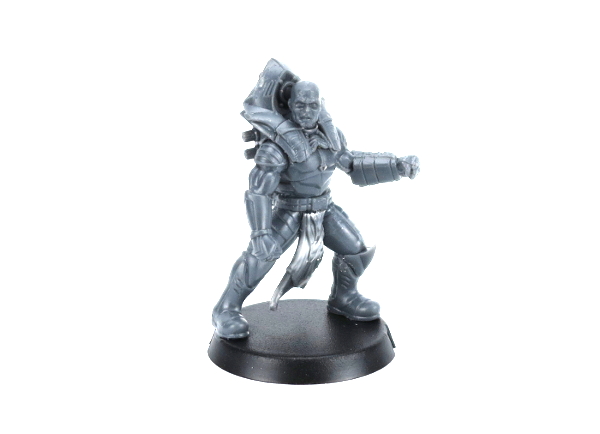 The Kaddar Nova is only one aspect of the Kaddar priesthood, and others will be fleshed out eventually. In the meantime, though, it's fun to see where mashing bits together can lead you... The below model is a combination of Kaddar Nova and Shadow Walker parts, with some small tentacles taken from a couple of Mature Angel kits. I call him a 'Kaddar Noctis'. 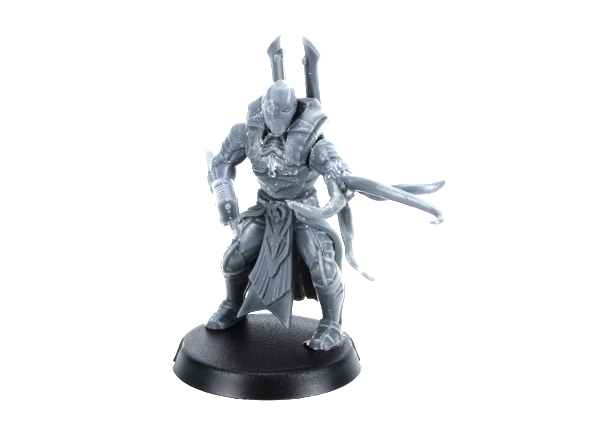 Hopefully, this has given you some inspiration for your own Kaddar Nova builds! To get started, you can pick up the Kaddar Nova along with the rest of the Maelstrom's Edge model range from the webstore here. 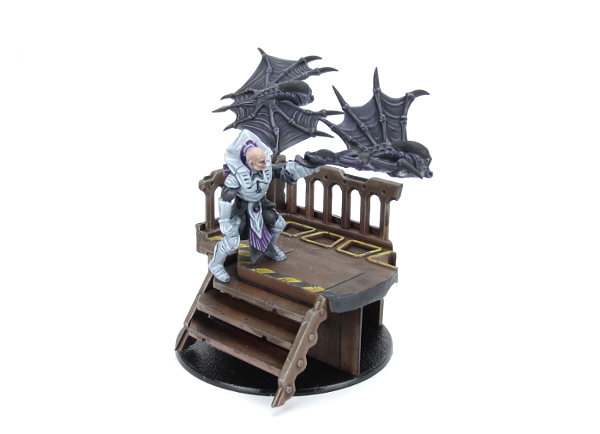 You're viewing a weblog entry titled Modeling Spotlight: Karist Kaddar Nova. If you like this entry you might want to: