As one of my very first articles for Maelstrom's Edge, I put together some shipping containers/cages made from parts from the first terrain sprue and a little foamcore. With the recent release of the second terrain sprue, it seemed fitting to revisit the idea with the shiny, new parts available! 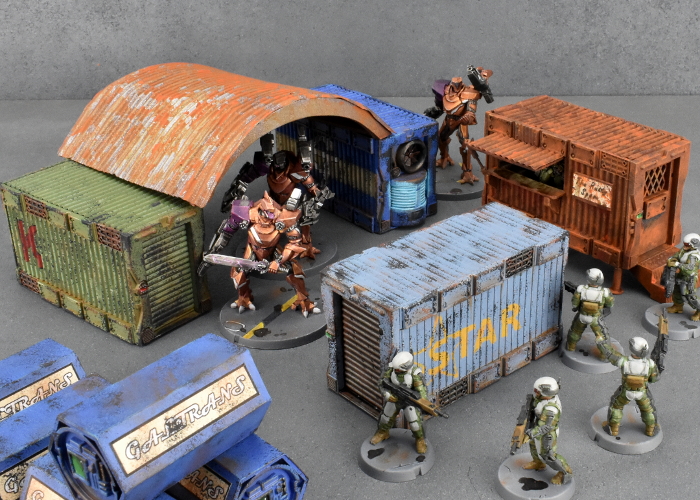 As with the original containers, I used doors to form the front and back of the container, with the rectangular doorframes from the new terrain sprue being perfect for the job. For the back of the container, I shaved off the control panelt and the gubbins up on top, as I planned to have the back as a wall. You could obviously just leave it alone and have a door at each end. 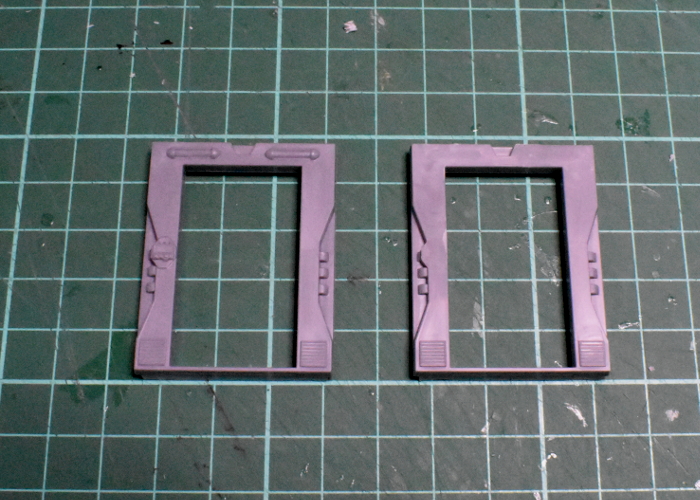 I linked the two doorframes together with the support struts from the terrain sprue, and glued in a floor cut from 3mm foamed PVC. 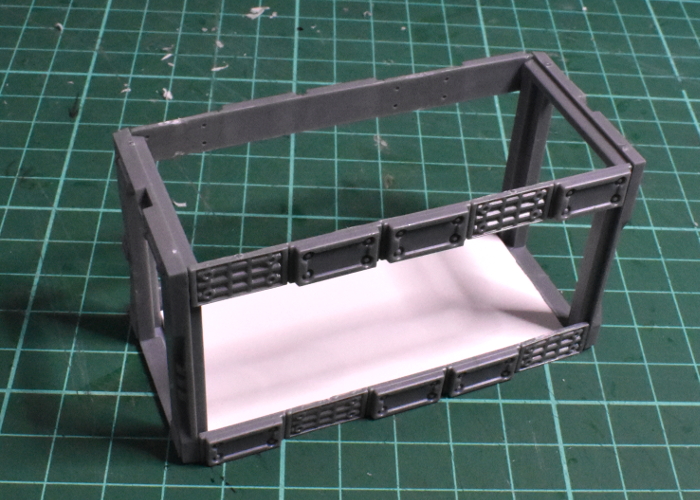 Inside the struts, I glued rectangles of 1mm foamed PVC, running up to about 1mm short of the top edge of the upper struts. This gives the container some strength, and provides something solid for the walls to glue onto and a ledge for the roof panel to sit on. 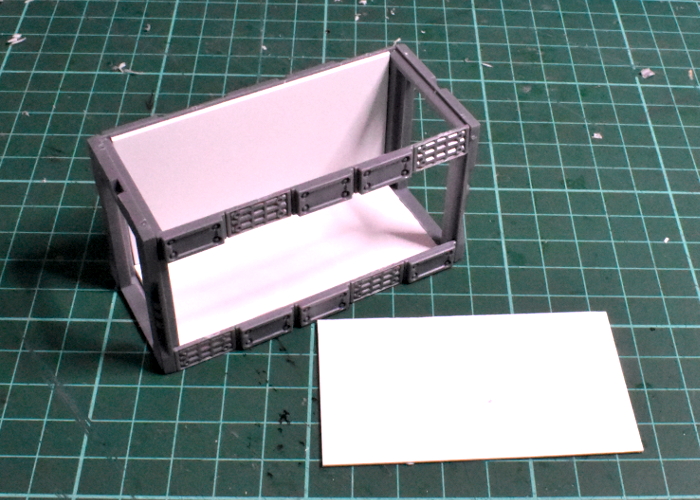 I glued another rectangle of PVC into the rear doorframe. 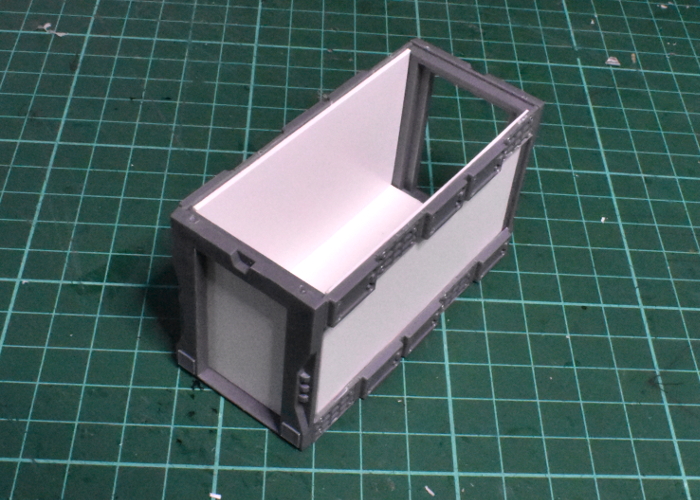 Onto the outer faces of the walls, I glued rectangles of corrugated cardboard, cut to fit flush against the edges of the doorframe and the struts with the corrugations running vertically. (There's no special significance to it being blue - it's just from a multicoloured pack of card I picked up a while back!) 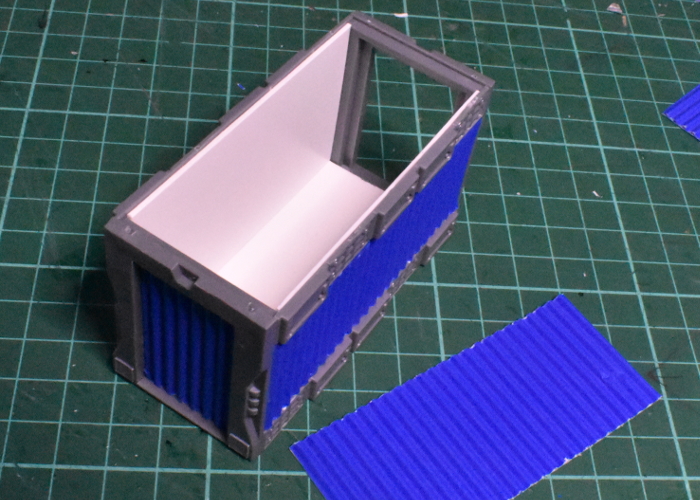 Into the front doorframe, I added a piece of corrugated plasticard, cut with the corrugations running horizontally to simulate a roller door. Most modern-day shipping containers have hinged double doors, but since this doorframe is a little narrower I thought a roller seemed more appropriate. I used plasticard rather than more cardboard as the corrugations are slightly smaller, which helps to make it not look like just another wall.

With the door in place, I stuck another piece of corrugated cardboard into the top of the container for the roof. 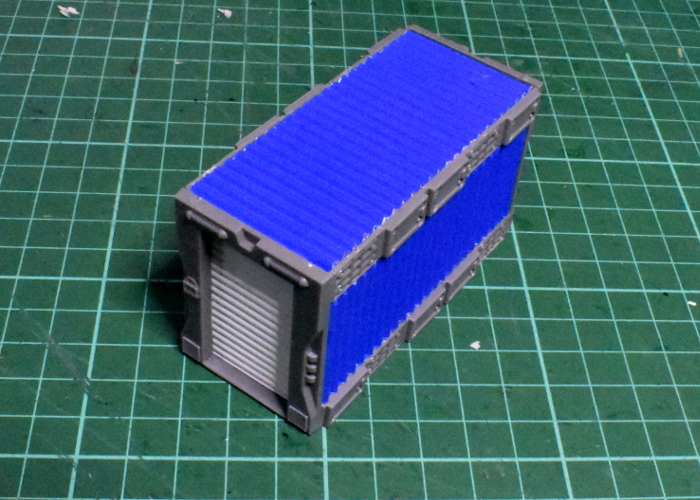 The finished container, ready for paint: 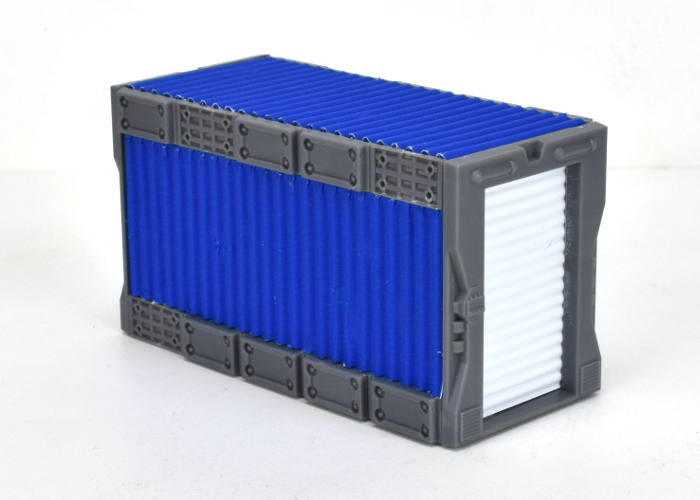 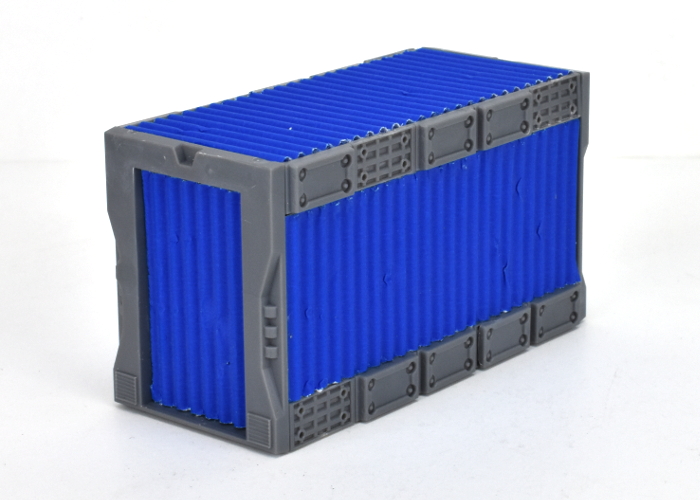 And with some paint on: 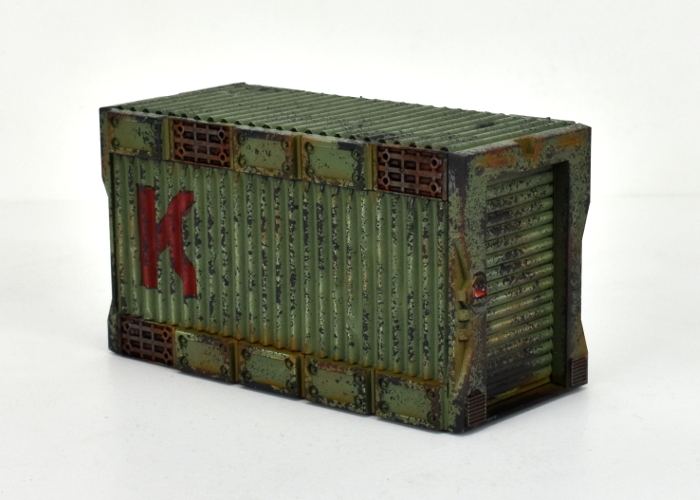 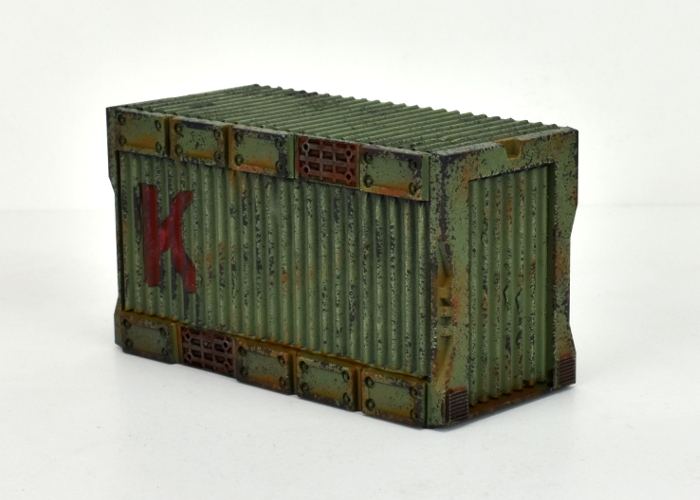 To mix up the design, you could use plasticard with different textures in place of the corrugated cardboard. 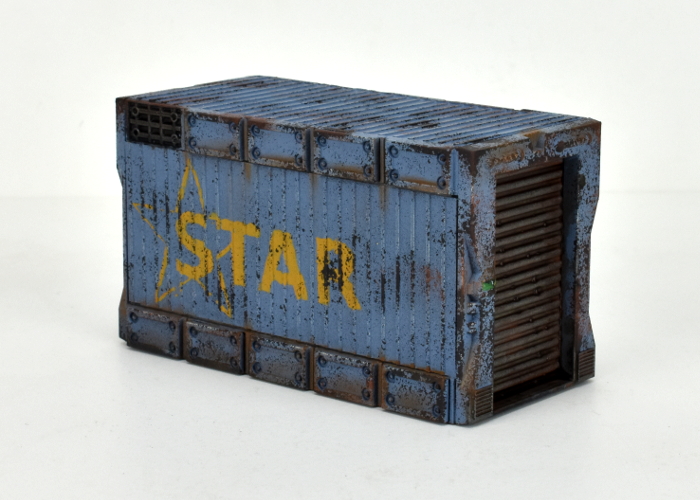 You can also use other real-world container designs for inspiration, adding side doors, changing the length, or as below, using a trimmed down generator, a fan and a couple of other bits from the terrain sprue in place of the back wall to creat a refrigerated container. 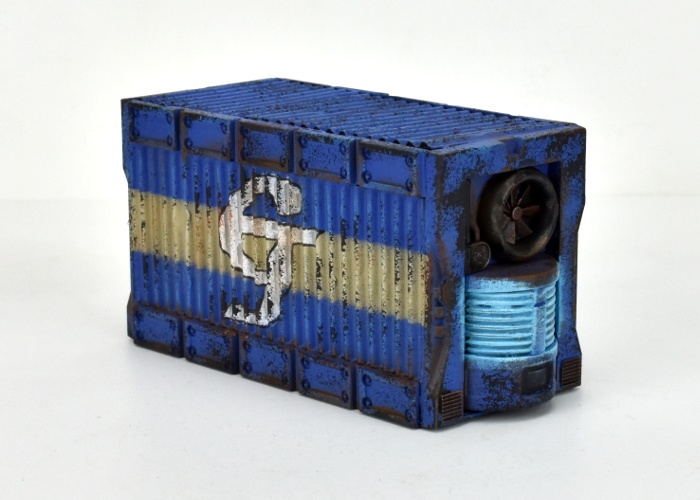 And, of course, the discerning stellargee knows that nothing beats an old shipping container for knocking together your own little shanty cabin or business shack! 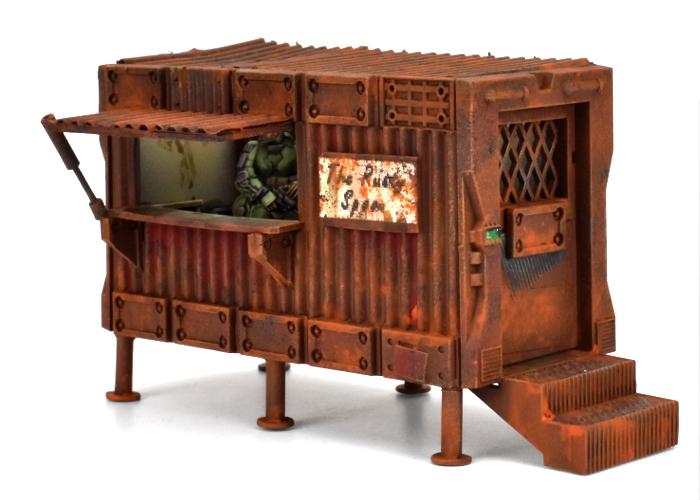 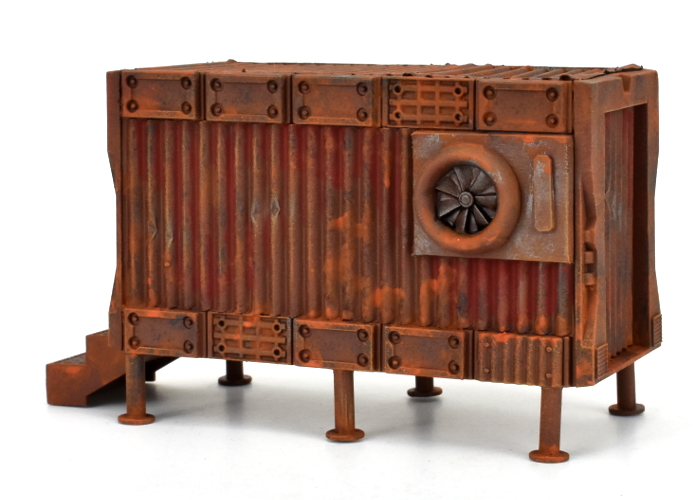 You're viewing a weblog entry titled Terrain Spotlight: Shipping Containers from Terrain Sprue 2. If you like this entry you might want to: