From time to time, we'll be offering a chance to test out new ideas in development. These trial rules will potentially change during development, but will give you an idea of where they're going, and let you try out something new. 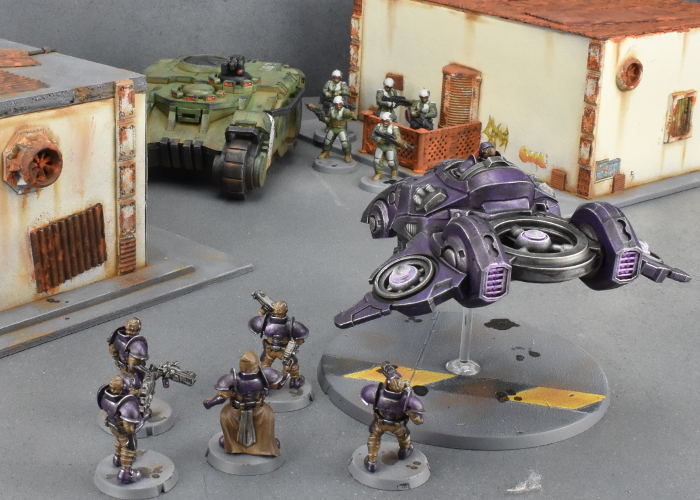 You can now download some trial rules for fielding vehicles that can transport infantry units around the battlefield. A version of these rules will be included in the next edition of the Maelstrom's Edge rules, but this version, tailored to fit into the V1 ruleset, lets you kick some tyres a little earlier. 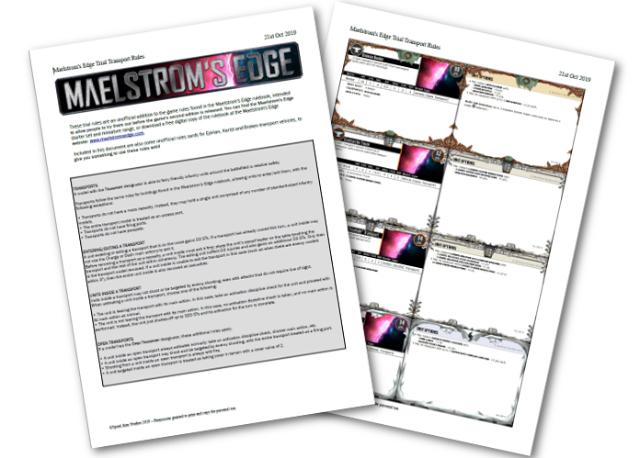 Also included in the download are some unofficial rules cards for Epirian, Karist and Broken transport vehicles, to give you something to test these rules with. Conversions to build some of these have been featured in previous Comm Guild modeling articles, and you can use these as inspiration for your own vehicles, or feel free to use whichever other appropriate vehicles you like.

We would love feedback on the rules, or to see your transport vehicle builds. Pop on in to the Comm Guild Facebook Group!

You're viewing a weblog entry titled Trial Transport Rules - Downloadable PDF. If you like this entry you might want to: