This week, I'm continuing on my quest to add transport vehicles to all of my Maelstrom's Edge forces, with the probably exception of the Remnant (who really don't need them!). A while back, I shared a kitbashed Karist anti-grav buggy converted from a Games Workshop Genestealer Cult vehicle. This week, I'm revisiting the Karist Enclave to build them a transport vehicle from a Beyond the Gates of Antares skimmer. 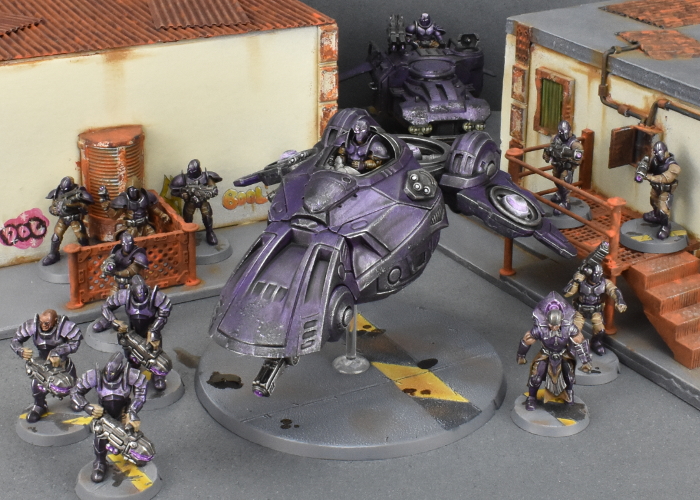 The kit that I used was a Freeborn Solar Command Skimmer. This is a hybrid kit with metal and resin bits that go onto a basic plastic skimmer chassis. I went with this variant rather than the basic version because the resin add-ons make the cabin space look a little more practical for carrying troops. 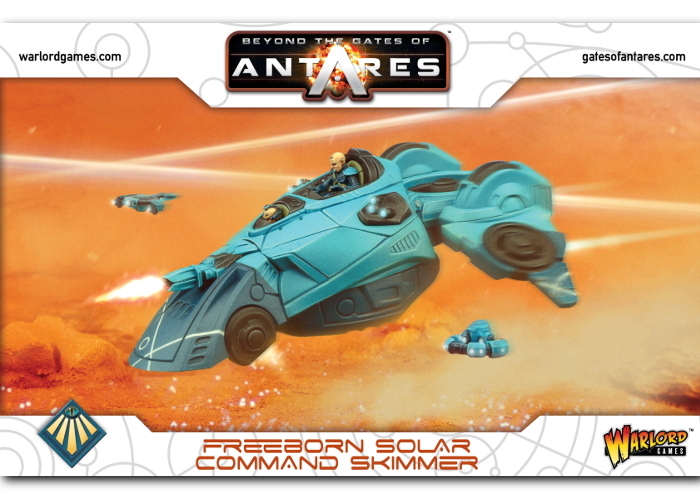 The general styling of the vehicle was pretty much exactly what I wanted, and matches up quite well with the Genestealer buggy aesthetically, so I didn't actually make a lot of changes. I needed to swap out the crew for Karists, and chose to just replace the pilot and putty over the gunner's seat with 'green stuff' putty. The pilot was built using the top half of a plastic Karist trooper, with a head from the resin Karist heavy weapon trooper set.

The main weapons would also be replaced, but I kept the metal launchers for the sides of the cabin, as they'll do well enough to represent Karist grenade launchers. 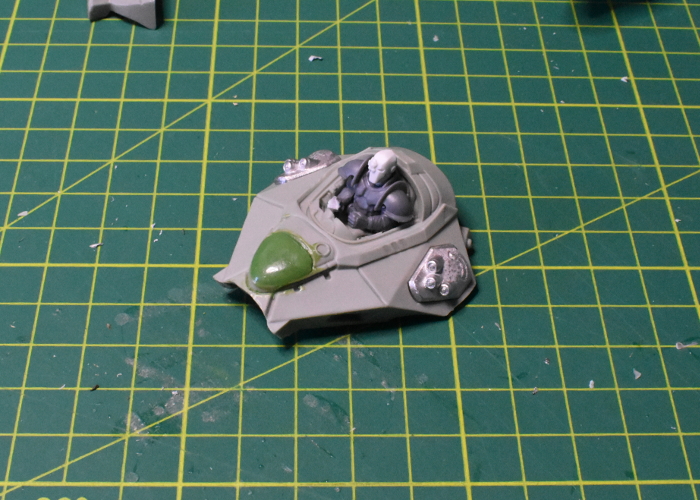 The main gun on the Antares skimmer is fixed in place in the middle of the nose. I decided that something with a little more free movement was called for, so grabbed a sentry turret from the new Maelstrom's Edge terrain sprue and added a Ravager Pulse Cannon nabbed from the Tempest Elite kit. 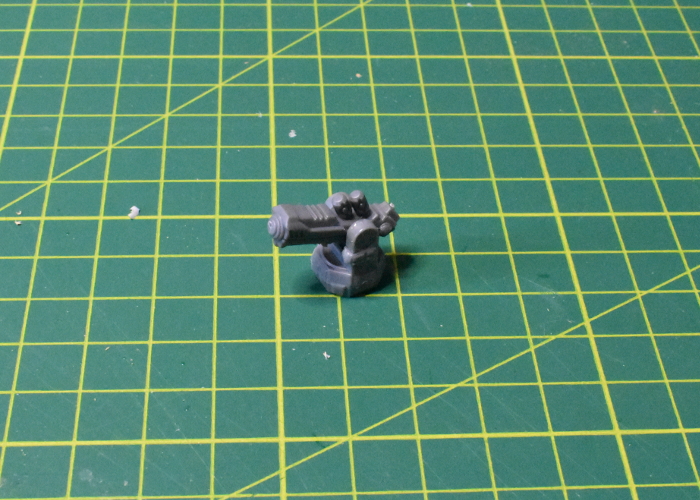 The gun turret fit in nicely underneath the front of the skimmer, and with everything else glued in place it wound up looking like this: 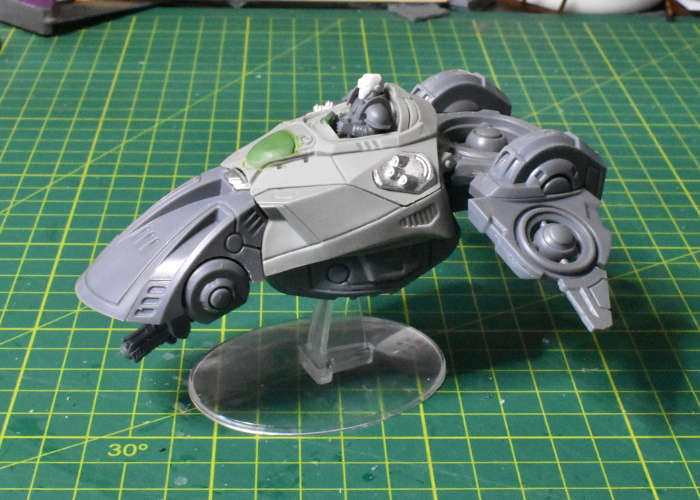 I kept the original flight base on there for painting, but then switched it to a spare Games Workshop vehicle base that I had laying around, attaching the skimmer to it with one of the drone flight stems from the Antares kit.

Painting followed the same scheme as my Karist Strike Force, and the later anti-grav vehicle, after which it looked like this: 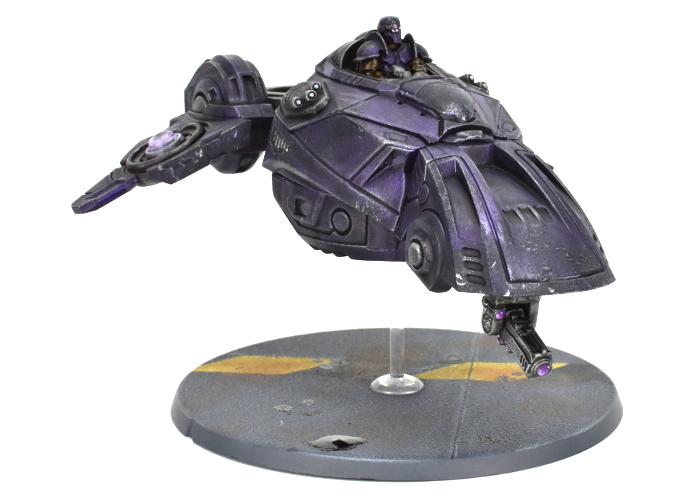 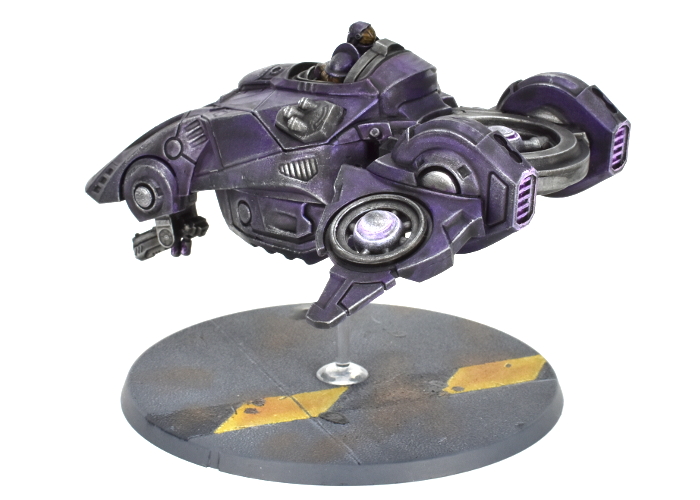 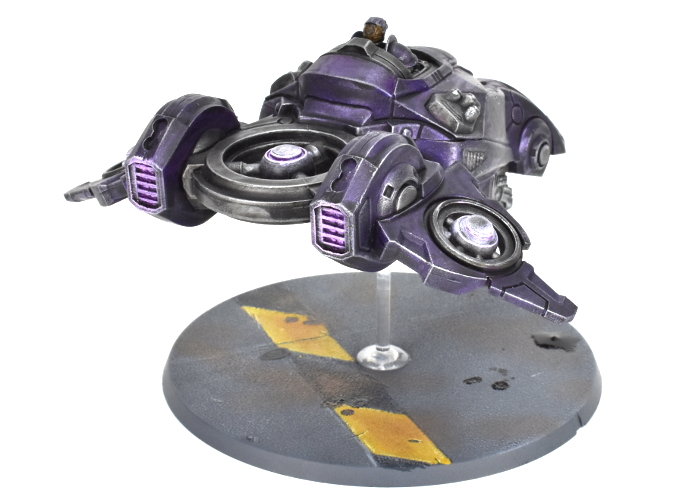 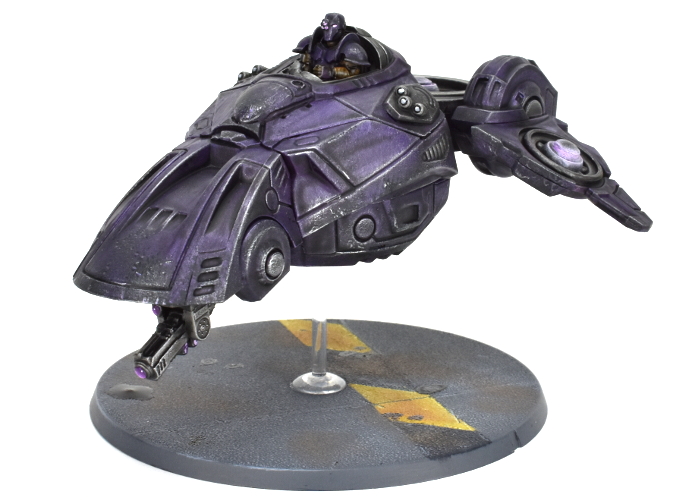 Stay tuned next week for some trial Transport Vehicle rules, and (unofficial) rules cards for this assault skimmer as well as some Epirian and Broken transport vehicles!

You're viewing a weblog entry titled Conversion Spotlight: Karist Raptor Assault Skimmer Kitbash. If you like this entry you might want to: