A short while back, I showed off an Epirian Contractor truck that I put together using a Games Workshop Ork truck with all of the Ork bits removed. It seemed only fair to give the Karists some similar vehicular love, and so I found myself once more purloining the parking lots of the 41st Millenium, this time making off with an Achilles Ridgerunner. The moment I saw this buggy, I thought it would make a fantastic anti-grav vehicle, which was right up the Karist Enclave's alley. And so I set to for some serious wheel-removal action! 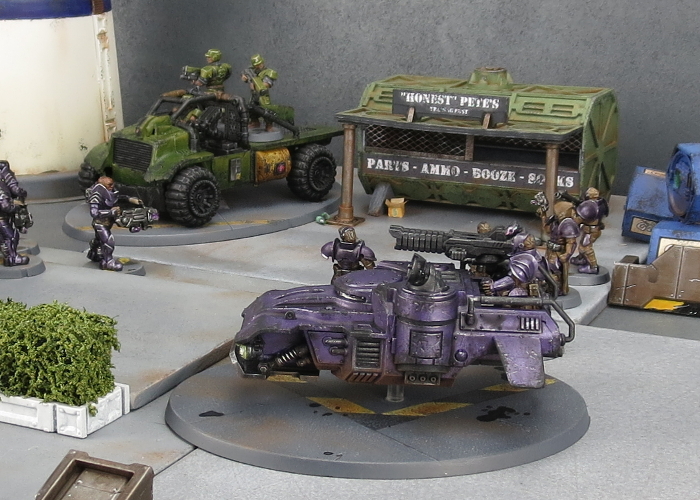 There was surprisingly little conversion actually required to make this work - I was intending for a fairly high-tech take on anti-grav, with all of the 'workings' would be internal. This helps to preserve the lines of the vehicle, and eliminates the need to build parts specifically to represent the techy stuff. So for the most part, the buggy was just built as standard. I chose the radar dish that comes in the kit instead of the open cupola, because I liked the look of it. 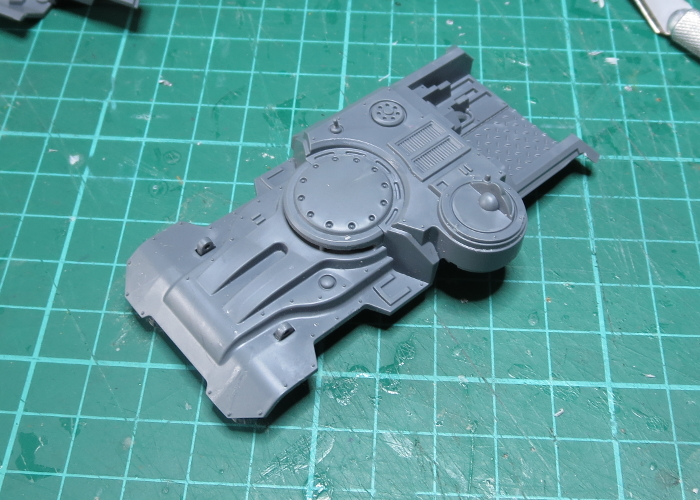 With the wheels being left off, I also needed to remove the axles, so these parts were all either left off, or trimmed away as necessary. 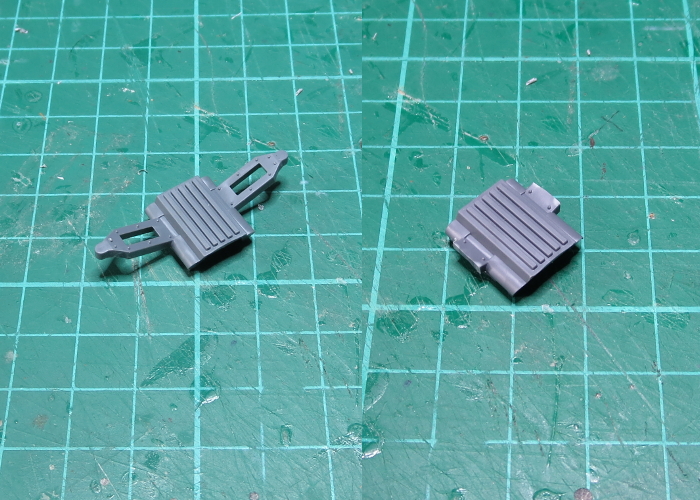 To conceal the gaps where the front axles should have been, I added a piece of thin plasticard in the wheel arch on either side, and then glued the shock absorbers running down to connect the chassis to the front armour plate. This was just intended to create a little detail, rather than having just the flat plasticard. 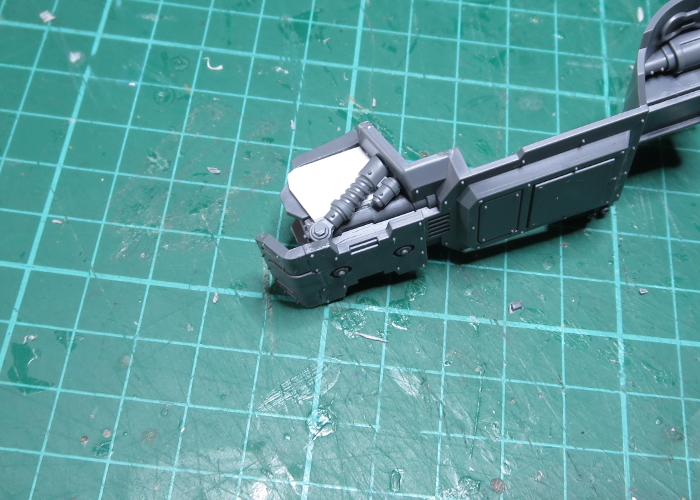 On the rear, I covered over where the differential piece should have gone with a couple of vents cut from the support struts on the Maelstrom's Edge terrain sprue. 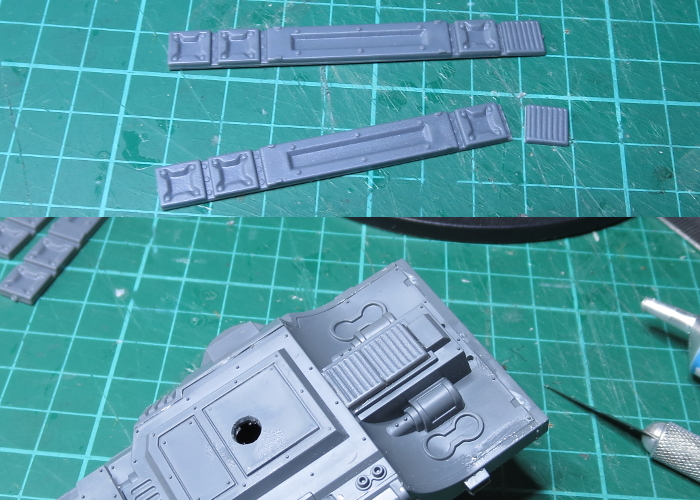 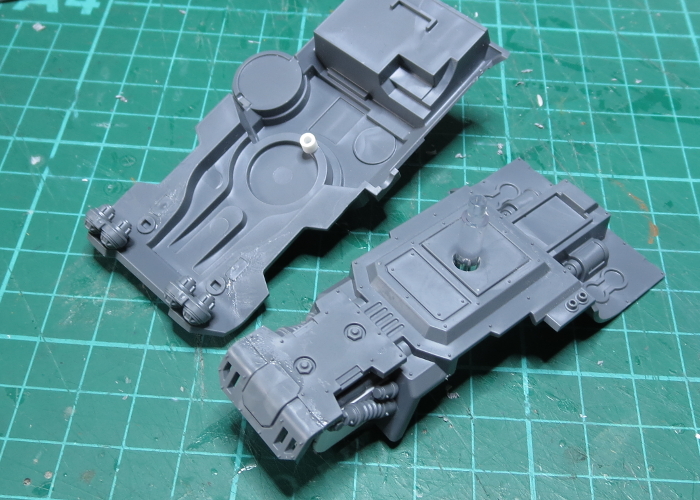 To attach the stem to the base, I just drilled an appropriately-sized hole a little aft of centre, and called the job a good 'un. The stem would be glued in once everything was painted. 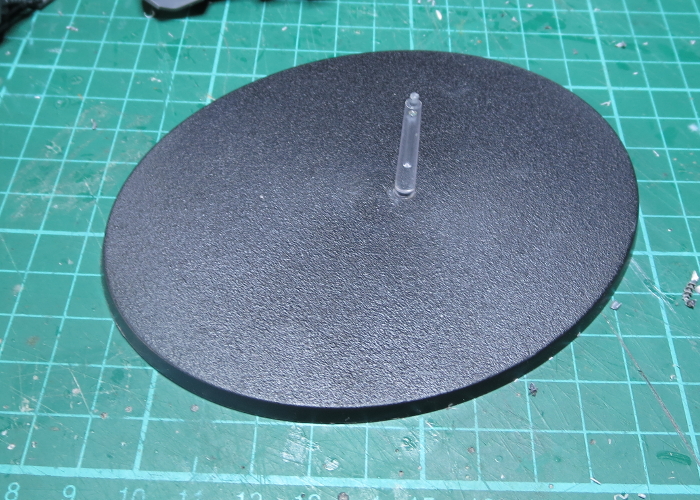 The original weapons needed to be replaced with Karist versions. I left off the smaller weapons that attach either side of the cab, but for the main gun, I cut the attachment joint out of the missile launcher's lower plate and glued it to a pair of Cybel Lances taken from the Karist Heavy Trooper set, with the firer's arms removed. 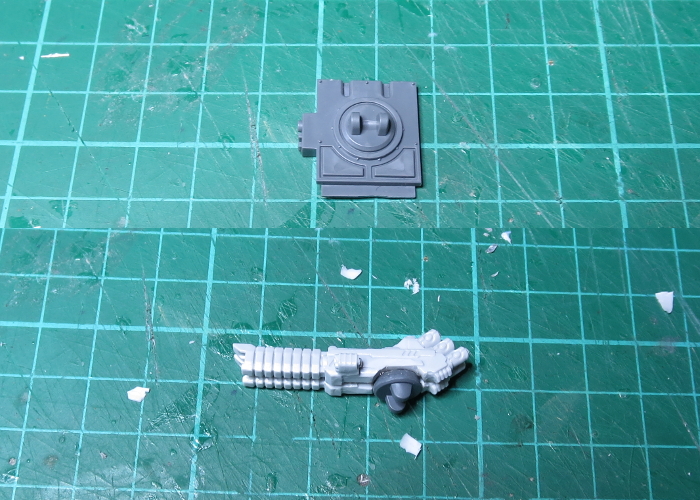 For the gunner himself, I used the kneeling Heavy Trooper, with a right arm purloined from the plastic Karist Trooper sprue and a hand from the Faction Expansion sprue. 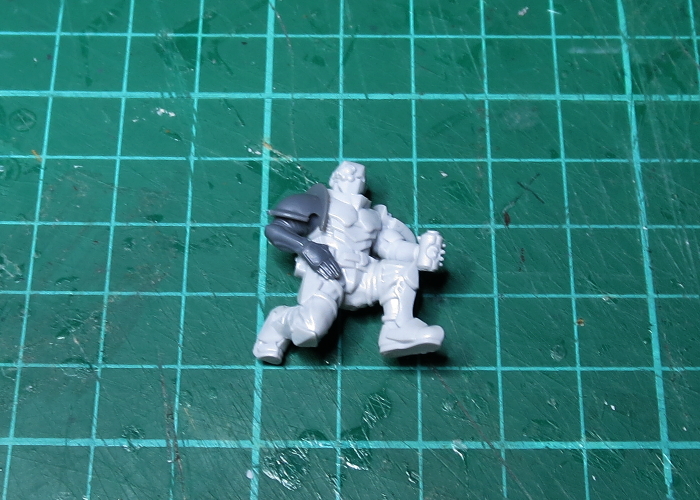 From there, it was just a matter of gluing the rest of the buggy shell together. With the assymetrical cabin, it wound up looking a bit lopsided without the wheels, so I added a small pair of stabiliser wings on the rear, cut from 1.5mm plasticard. 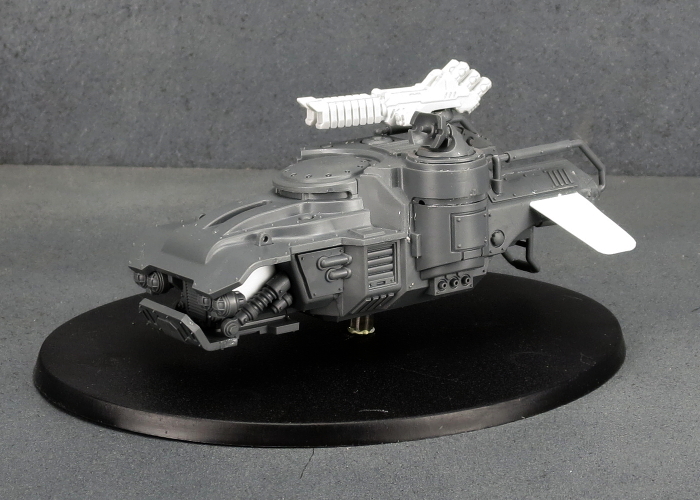 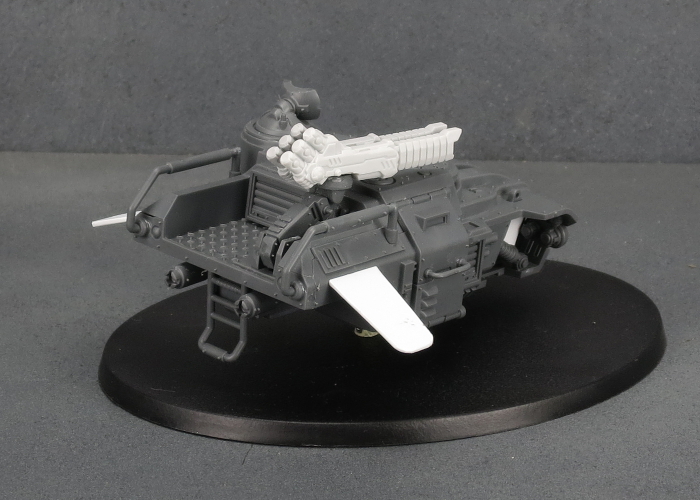 With some paint on, the buggy was ready to fly! 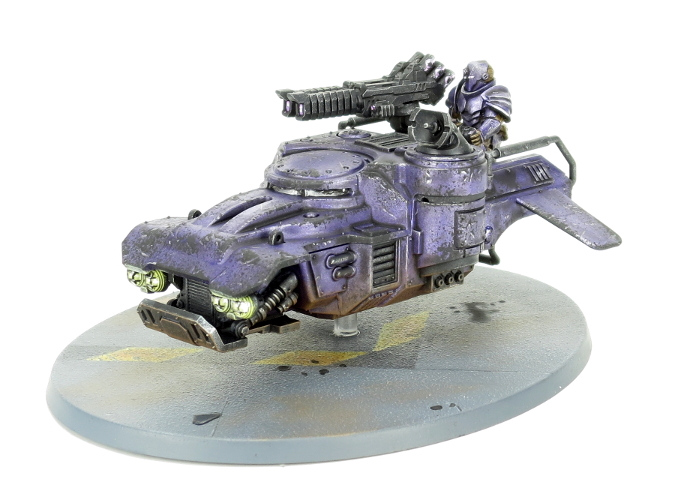 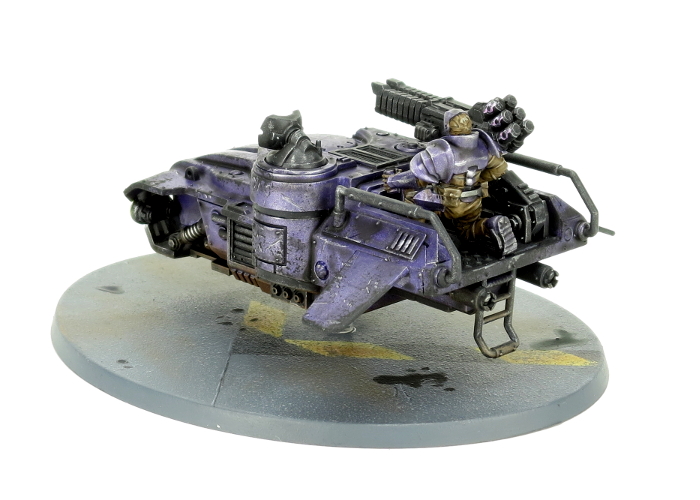 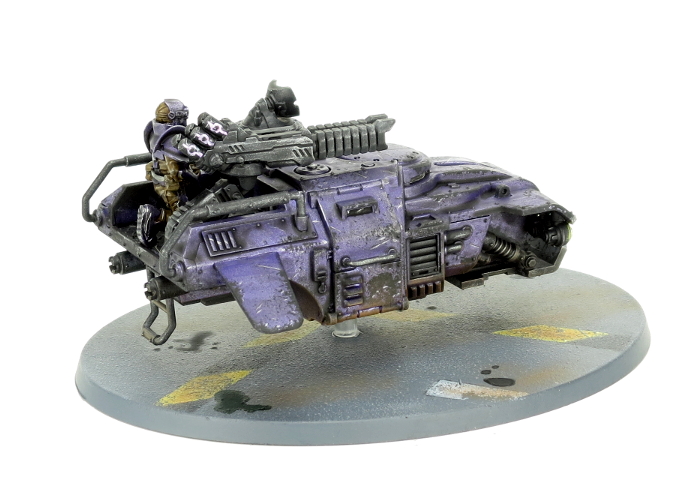 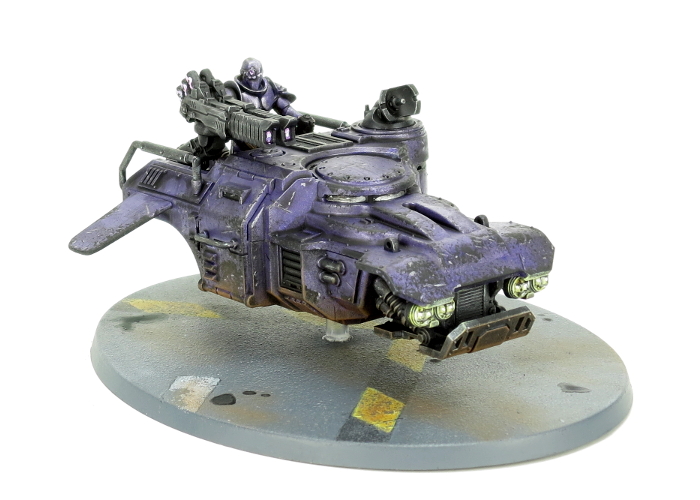 If you're feeling the need for speed, feel free to pop along and share your vehicular creations, or ask any Maelstrom's Edge- or hobby-related questions on the Comm Guild Facebook page!

You can find the Karist range, along with the rest of the Maelstrom's Edge model range in the webstore here.

I have to try making one of these. But I just moved and there are soooooo many projects. Gahajabsbdbdb

You're viewing a weblog entry titled Conversion Spotlight: Karist Anti-Grav Buggy!. If you like this entry you might want to: