This week sees the conclusion (for now!) of my ongoing Underhive terrain project! Previously, I have painted up the watch tower, generator tower, junction tower and the all-important lift tower. That just left the trash processing unit sitting follornly on the desk in nothing but its undercoat - a situation that set out to remedy, with the below results! 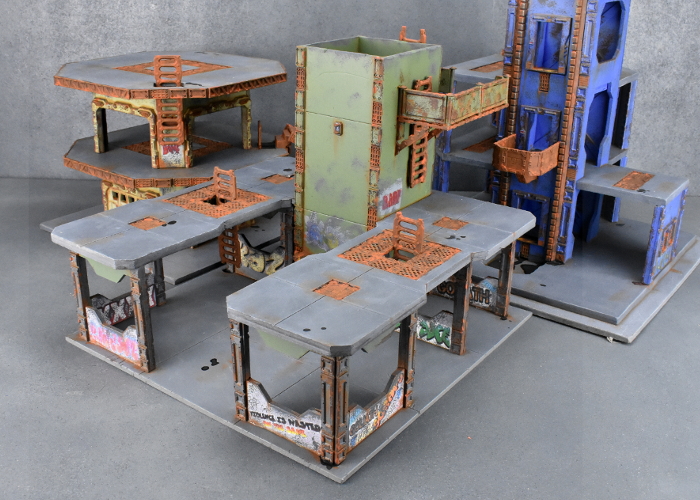 This one was slightly more complicated with the base coat layer than the other buildings, as I wanted the wall panels to be green, but everything else to be grey or rusted metal. I sprayed the tower with Army Painter Army Green, and the first level platform and base with Wolf Grey, and then went back over the metal parts brown rust base, a brushed-on mix of Vallejo Charred Brown and AK Red Brown Leather. 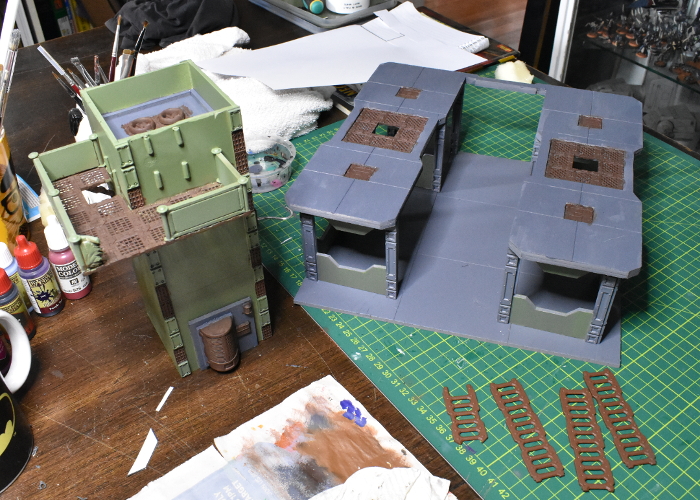 I won't go through the whole process here, because aside from being green it's identical to how the previous structures were painted. The one difference, though, was the graffiti for the lower level. I wanted it to be fairly extensive, but realised that painting it in there by hand was going to be awfully tricky. Instead, I pulled up a couple of handy, online graffiti generators and used them to create some overlay pieces that could be printed out on paper, weathered with grey, cut out, and then glued in place over the lower walls. 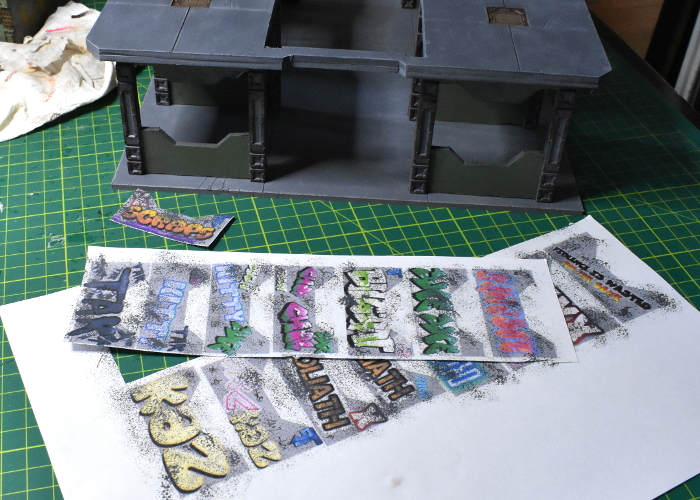 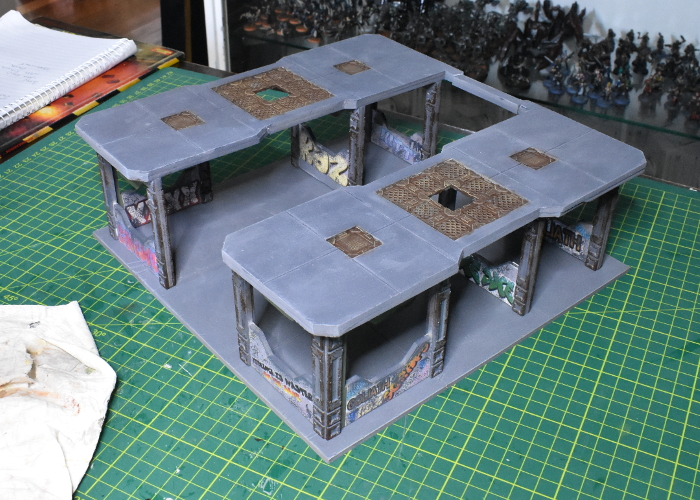 Other than that, everything went together the same as for the previous structures. Once I had everything but the final weathering and detailing done, I glued it all together and applied those final touches. 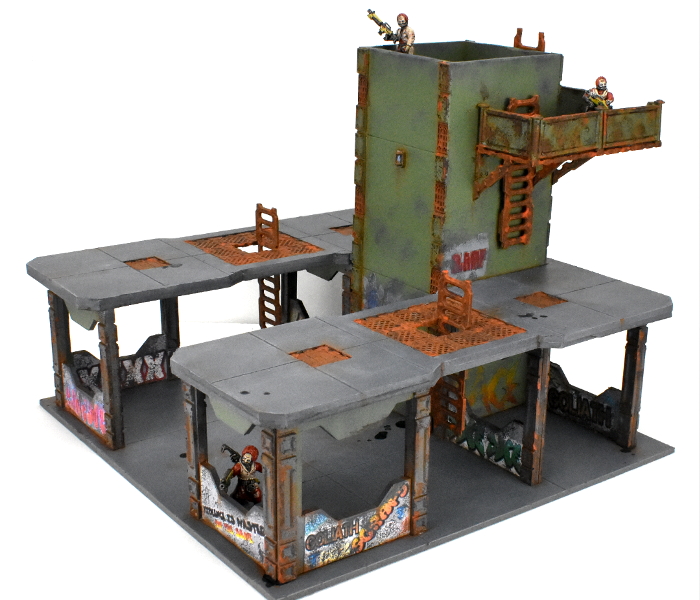 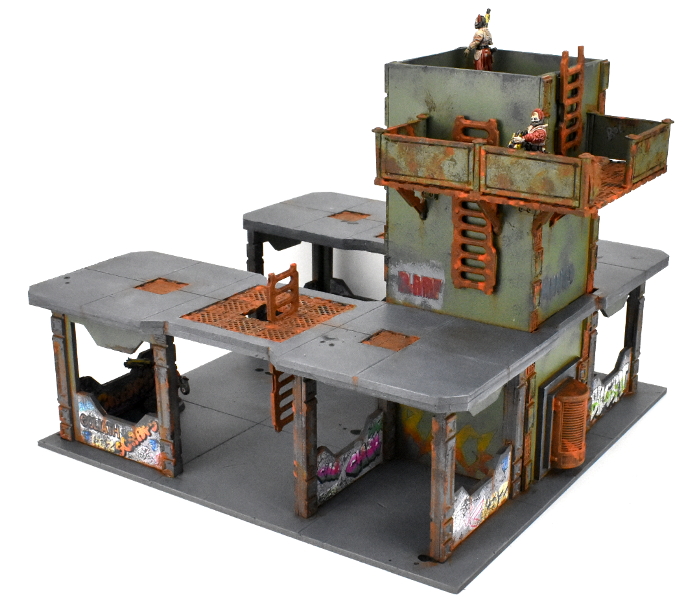 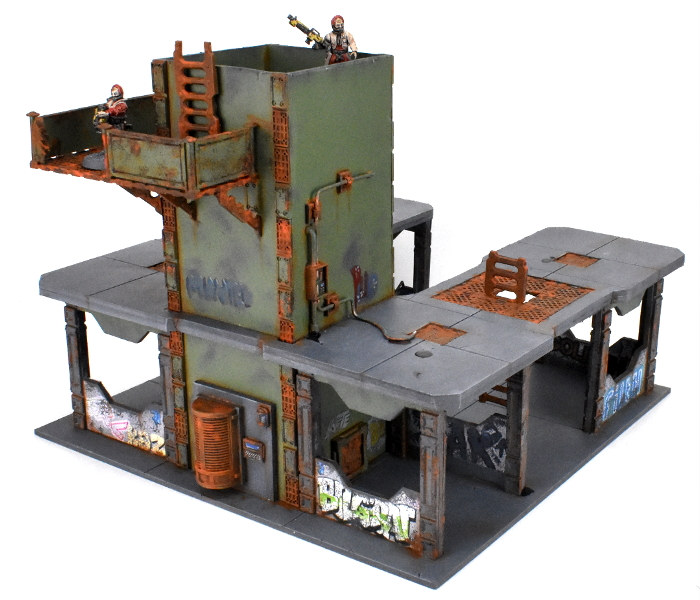 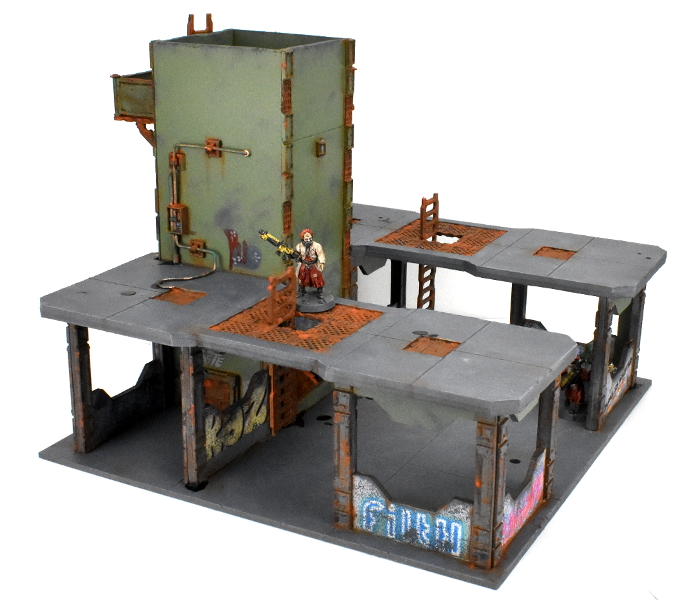 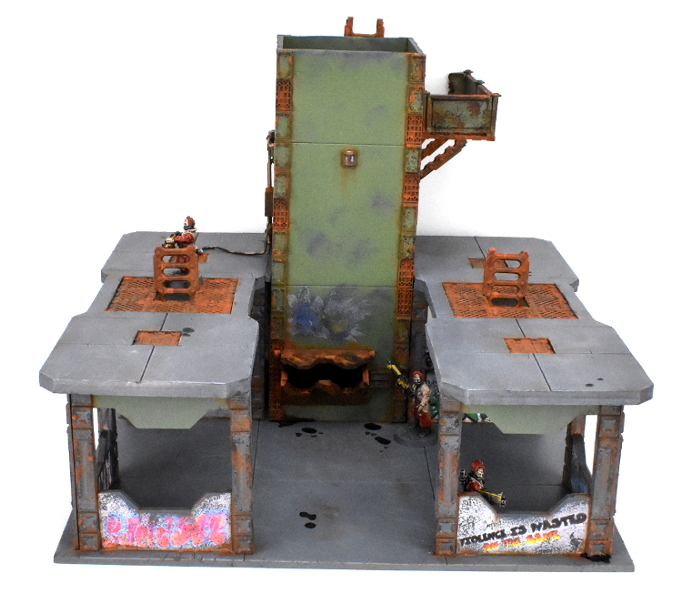 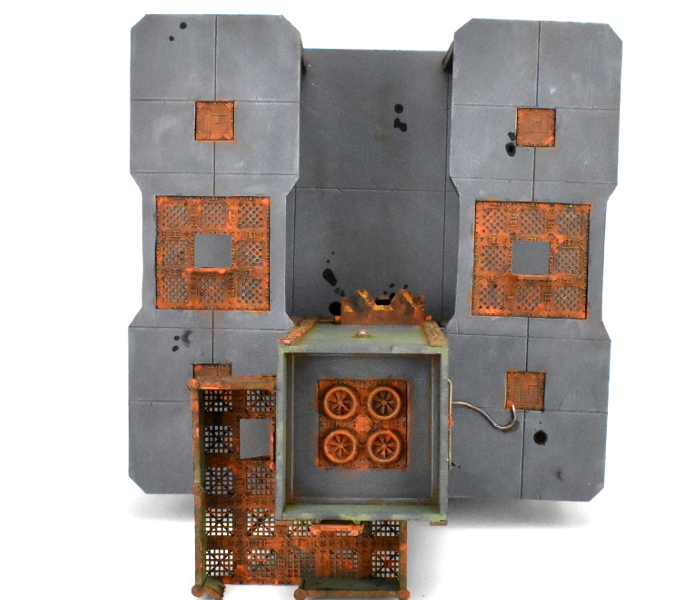 The one thing left to do at this point was to assemble a table and see how it all looked together! With the addition of a couple of other appropriate buildings to fill in the excess space, and some catwalks and barricades put together for different articles some time back, it all wound up looking like this: 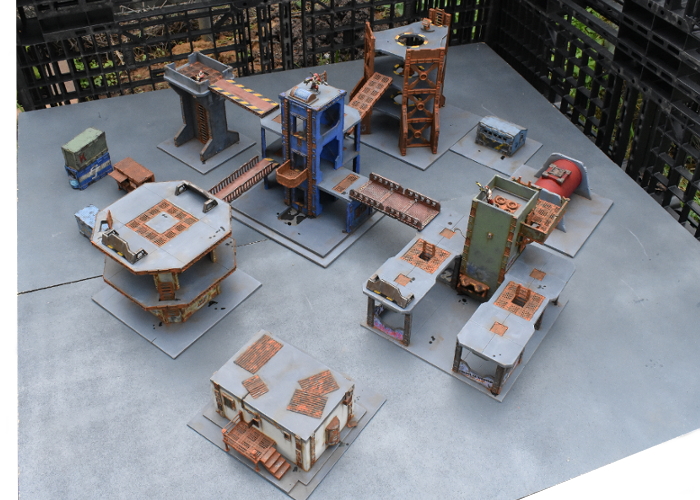 The only thing missing now is a couple of blood-crazed gangs running riot over it. Time for some gaming!

You're viewing a weblog entry titled Terrain Spotlight: Painting the Underhive, part 5. If you like this entry you might want to: