Last week, I started painting the underhive terrain that I've been building over the last few months, based very loosely on the designs of the terrain from the original Necromunda starter set. For anyone who missed the previous article, I started out by basecoating everything, and then finishing off the watch tower. This week, I'm carrying right along with the painting, on the generator tower! 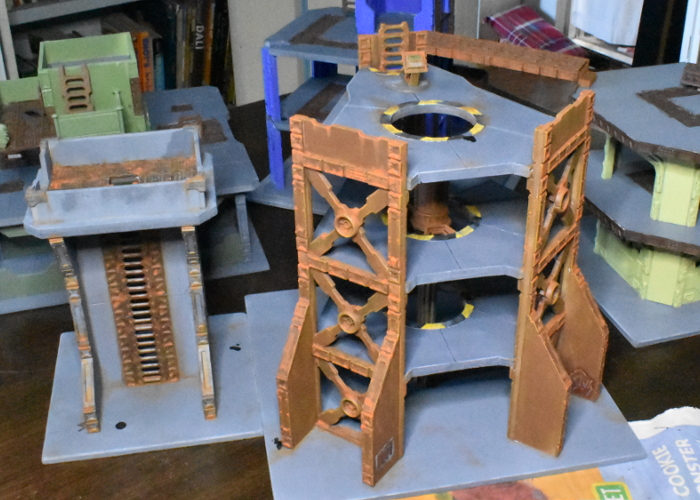 For the basecoat on this one, I had sprayed the base with grey, and the upright sections of the building with a brown rust base colour. So before going any further, I needed to base the floors with grey, and just touch up with brown anywhere the spray had missed. 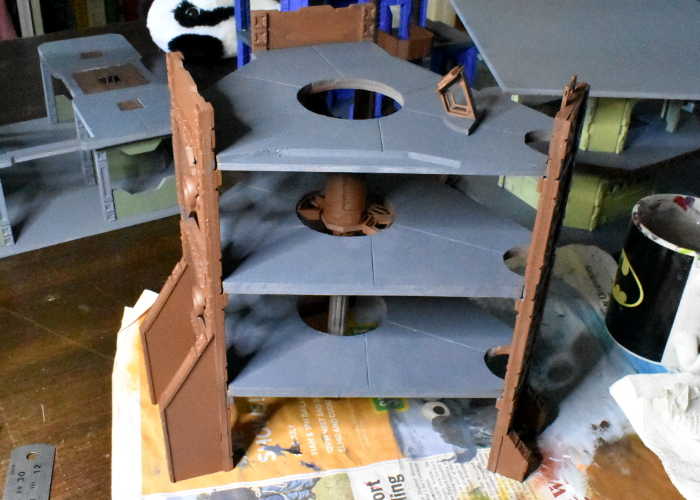 As another bare cement and rusty metal structure, painting from here was fairly similar to the tower. I gave the metal sections a drybrush with a light orange, and the cement a heavy drybrush with light grey. 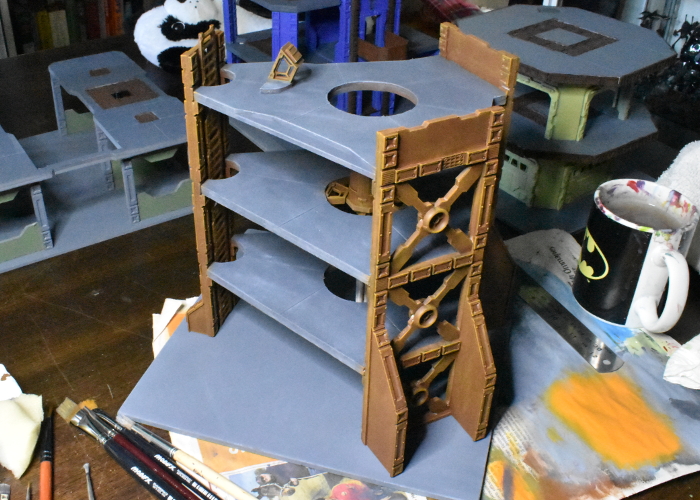 I wanted to include some hazard stripes on this one to give it a bit more colour. To save time, instead of painting them by hand I worked up some circles in Gimp, printed them out, and then hit them with some sponge weathering with grey paint. Then it was simply a matter of cutting them out, painting the backs with a coat of PVA glue and sitting them in place. 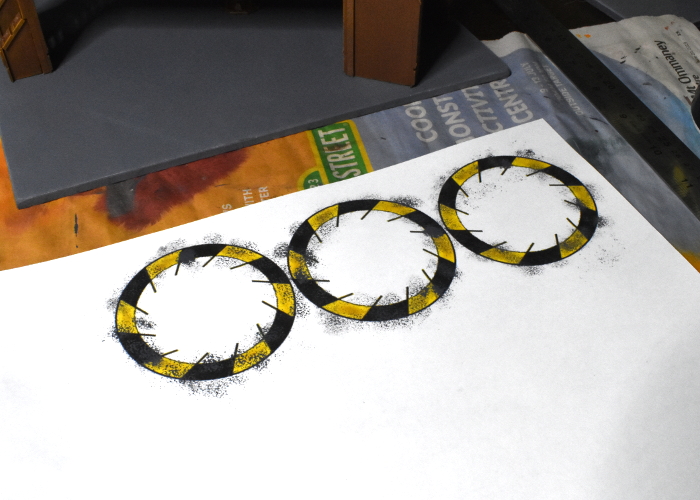 I made up some larger circles to go around the central pit, and some smaller semicircles for the ladder access holes. I also whipped up a couple of quick signs to go on the upright pillars. While putting these all in place, I also went over the panel lines in the floors with a black fine point pen,and added some graffit around the upright pillars, just for colour. 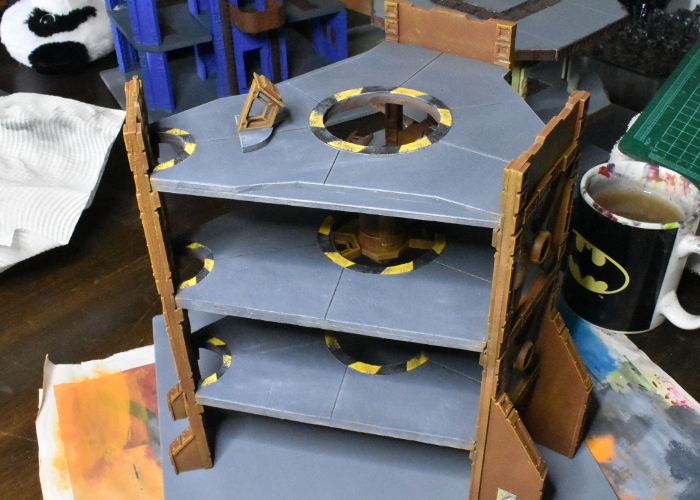 Once the glue had set, I went over the cement areas with a patchy drybrush of brown to dirty things up, and then added some dry rust effect paint to the metal sections. The rust just gets blobbed on wherever seems appropriate, and it can be tricky to tell if you have got it right until it dries. It's come out a little too heavy and patchy in places here, so I'll probably go back and touch it up later. 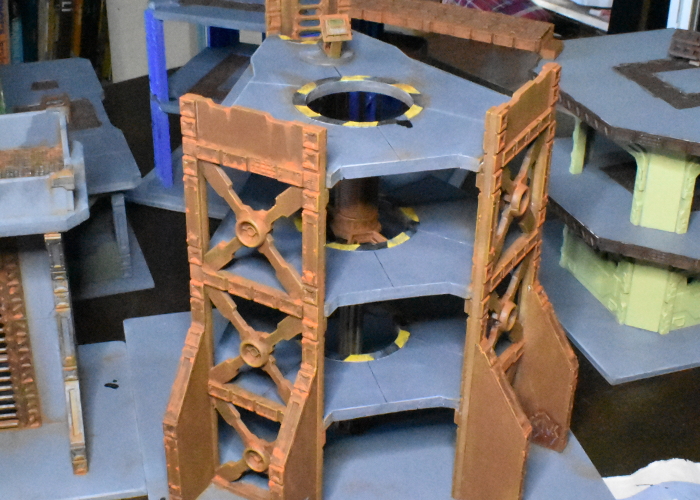 That just left some final details - painting the keyboard and screen on the computer panel on the roof, painting the pipes in the core with an aged copper finish (you can find the tutorial for that here!), and adding some drops of black and brown ink around the place for assorted liquid stains. 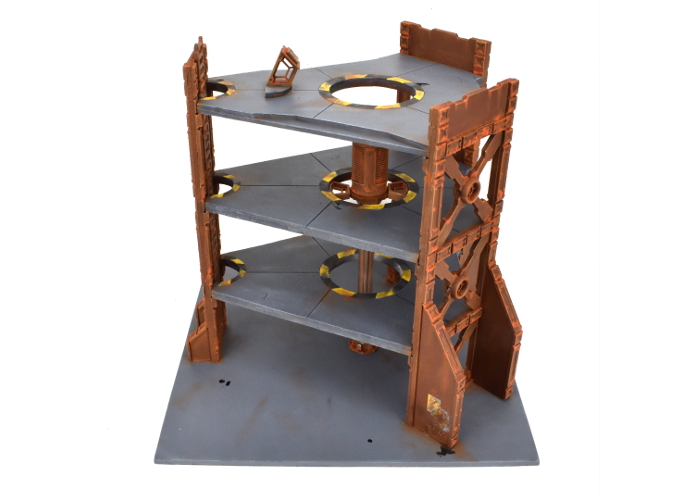 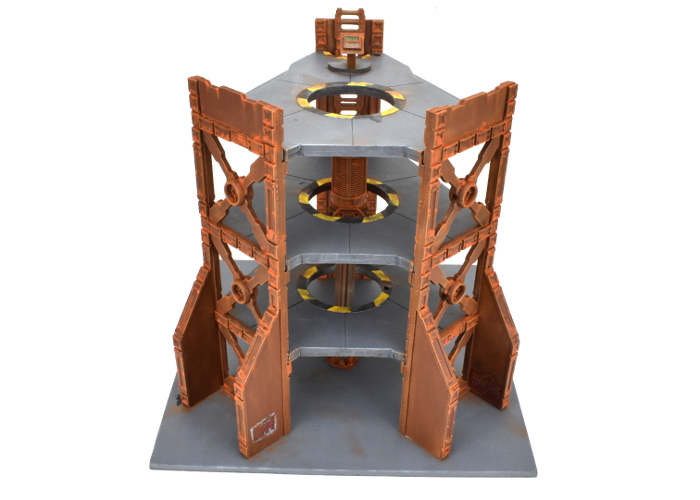 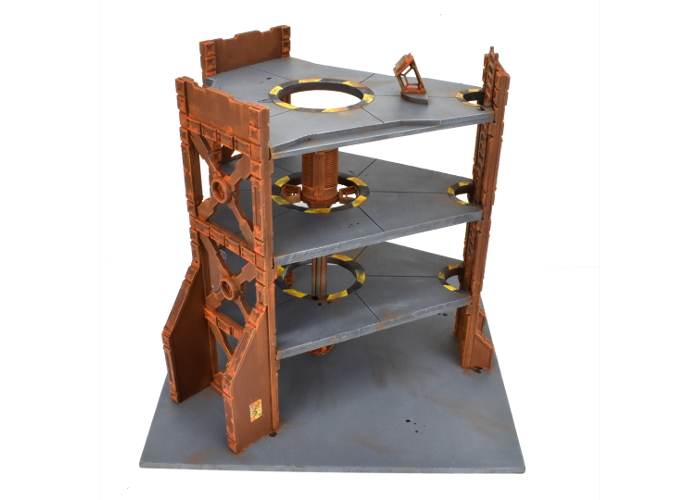 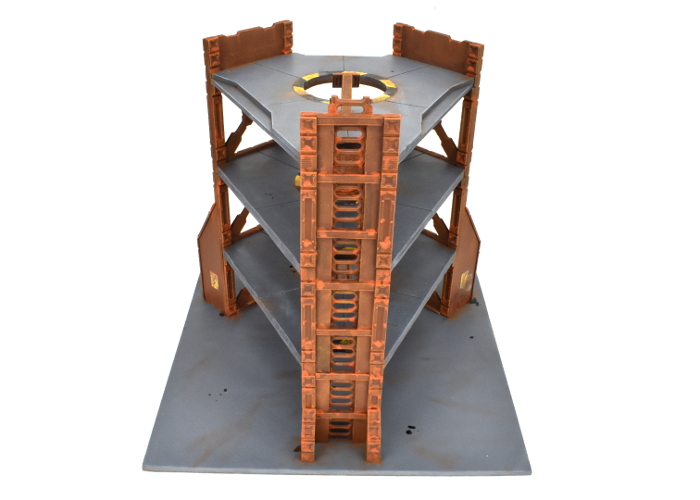 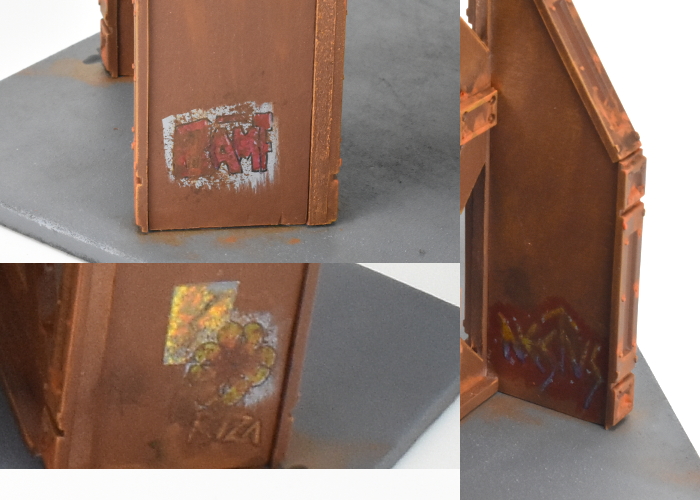 Stay tuned for part 3, which promises to be a little more colourful!

You're viewing a weblog entry titled Terrain Spotlight: Painting the Underhive, part 2. If you like this entry you might want to: