Over the past couple of months, I've been slowly putting together an underhive table, based very loosely on the designs of the terrain from the original Necromunda starter set. With the first half a dozen buildings assembled, the time has finally come to get some paint on them! 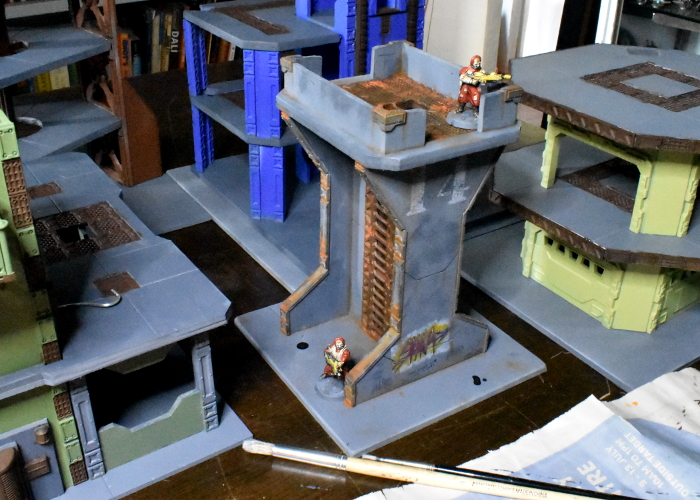 To get things started, I pulled a bunch of spray paints out from the store room, and sprayed on the bulk undercoats, for the most part just going with whatever colour was going to make up the majority of the structure. 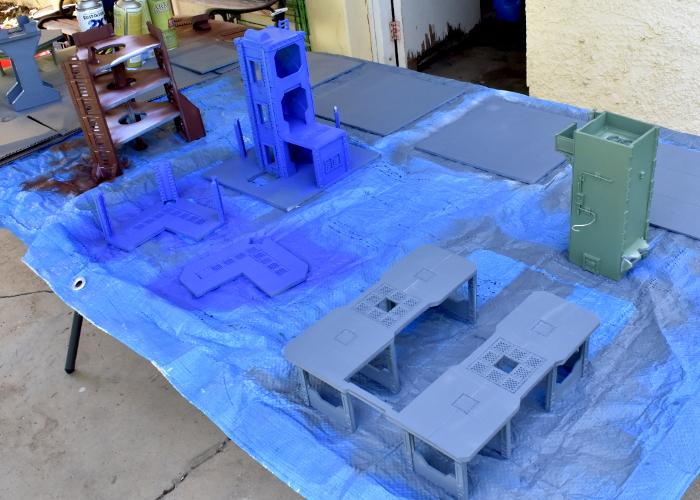 On most of the buildings, during construction I tried to leave parts unglued where painting with them assembled would be problematic, although they still promised to have some tricky parts left over here and there. 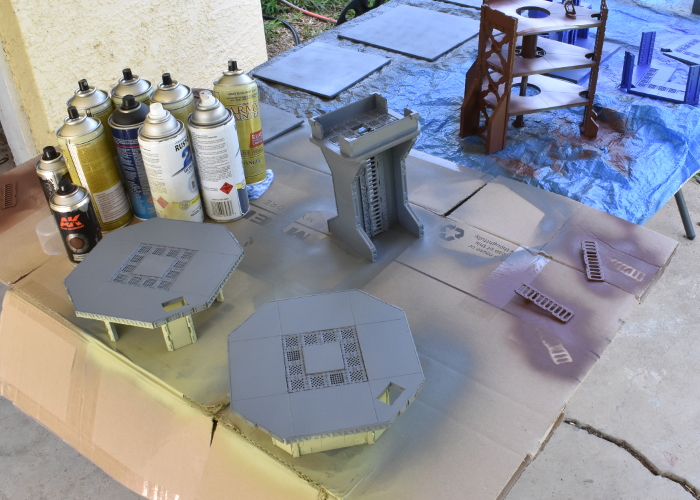 Once the sprays had time to dry properly, I took everything upstairs and set to work blocking in the rest of the base colours. Walls were all either coloured or grey for bare cement, floors were likewise filled in with grey, and bare metal sections were undercoated with a dark brown to form a rust base layer. 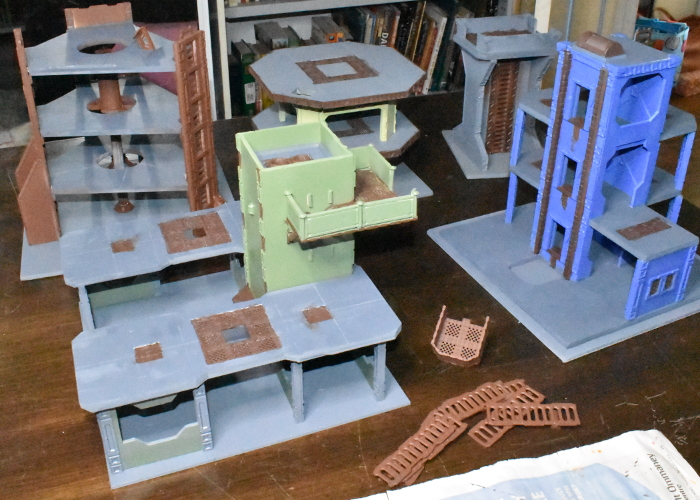 Painting structures of this size, production-lining it only really gets you so far before it starts feeling counter-productive. I also wanted to try out a couple of new ideas before hitting the whole collection with them, so at this point pushed the other buildings aside and focused in on the watch tower. I wanted a streaky, weathered look to the walls, which on this tower were going to be bare cement. So I took a wide, flat and wet brush and some very watered down pale grey paint, and applied light streaks by just passing the brush gently down the wall, dipping the brush in some water and going back over it if the grey lines came out too intense. 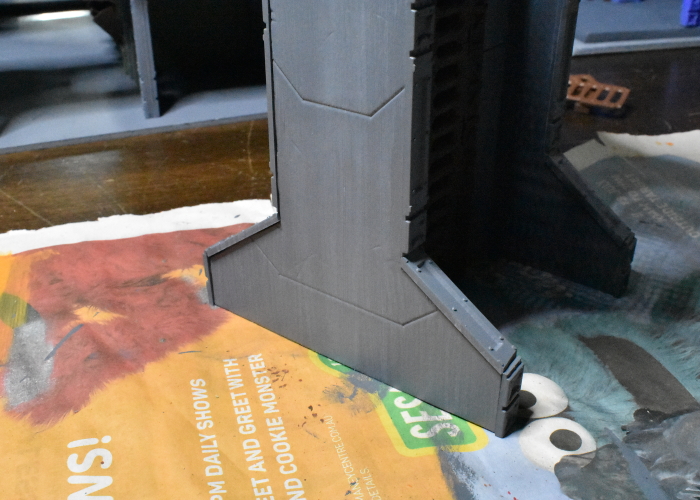 I wanted these buildings to look nicely 'lived in', with wear and tear and graffiti all over the place to add colour. To give the grafitti more of an aged appearance, I decided to paint it on before doing the rest of the weathering. I also added a large building number (or possibly a sector number... haven't decided yet!) to either side of the tower with a stencil whipped up on the PC. The graffit was all painted in freehand - I drew in an outline with a fineliner pen, and then painted in the colours using inks. Any messy bits or errors would be covered up (more or less) by the weathering! 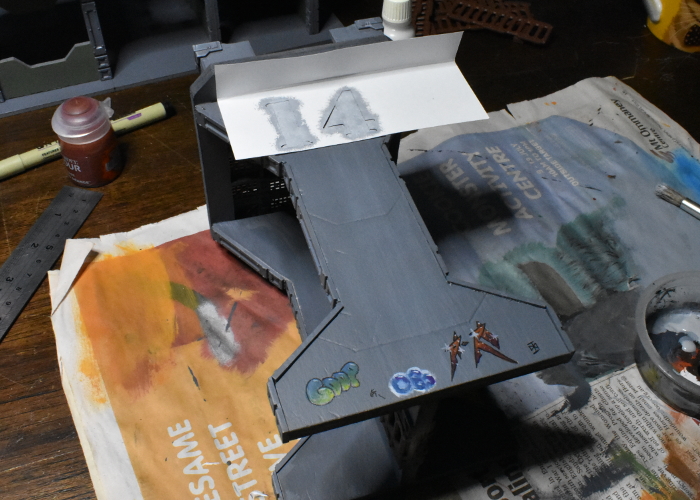 I then sponged some darker grey liberally all over the walls. 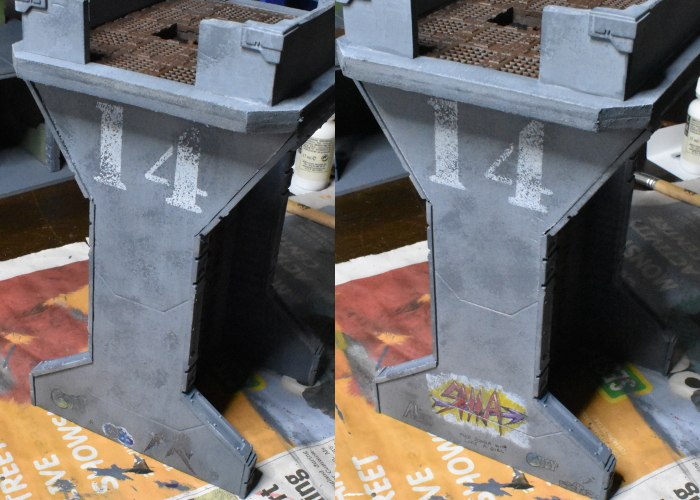 Carrying right on with the weathering, I sponged dark brown over the support struts running up the edges of the walls, and then drybrushed over all of the metal parts with a light orange. I also glued the base on, and blacklined in the panel lines on the walls with a fineliner. 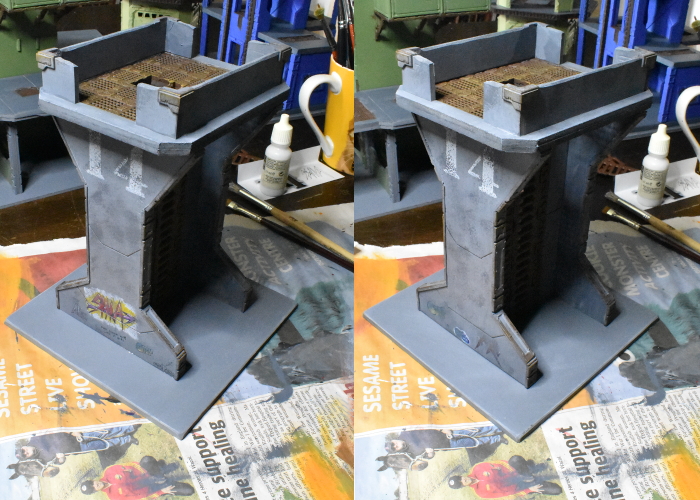 To finish up, I applied some Dry Rust effects paint liberally over the metal sections, and added some dirt and dust into the creases with a drybrush of brown. With a few extra nicks and scratches and some stains on the base using drops of ink, the tower was complete! 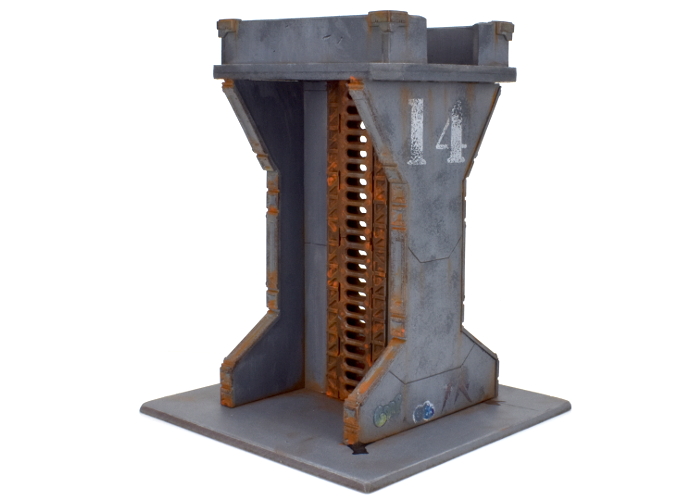 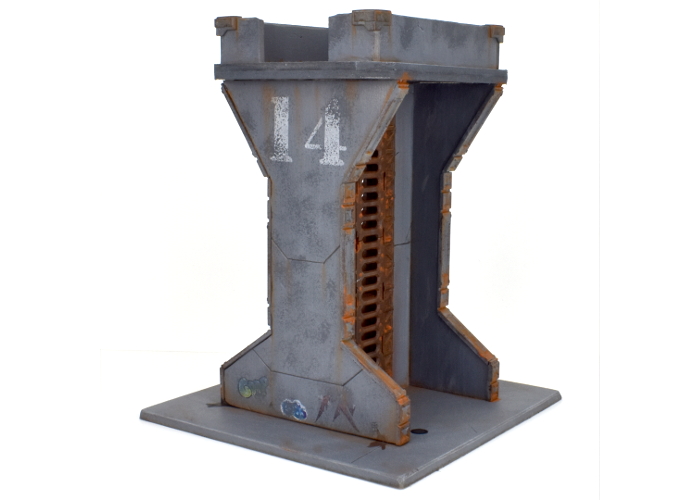 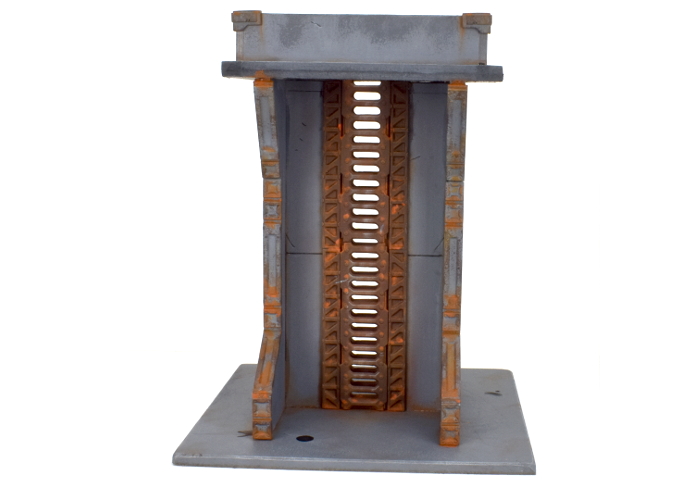 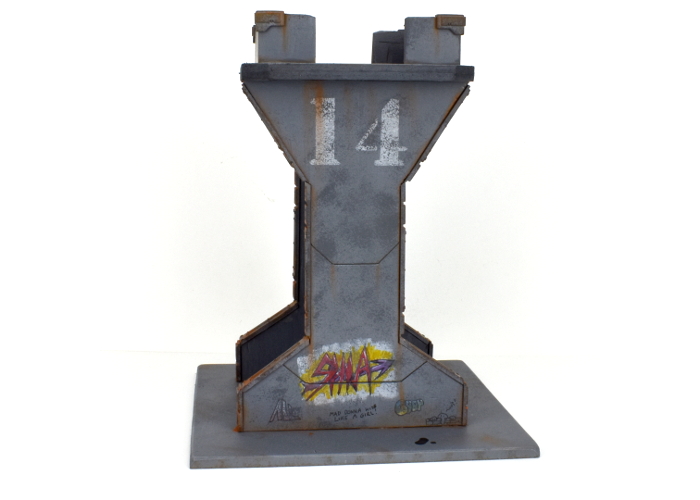 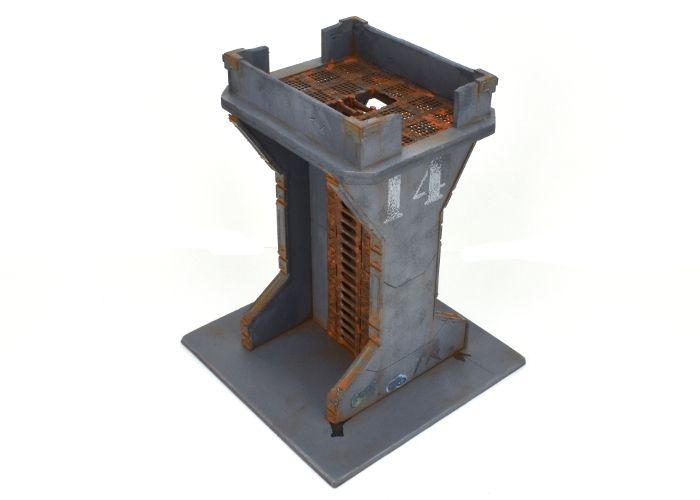 You're viewing a weblog entry titled Terrain Spotlight: Painting the Underhive, part 1. If you like this entry you might want to: