Someone on the DakkaDakka forums recently asked how they could go about adding arc markings to non-Maelstrom's Edge bases, for miniatures that they're using from other ranges. This prompted me to exclaim, "How have I not made an article about that yet?!?"

So this week, while I'm finishing off my last underhive building, I thought I would put that article together - and here it is! 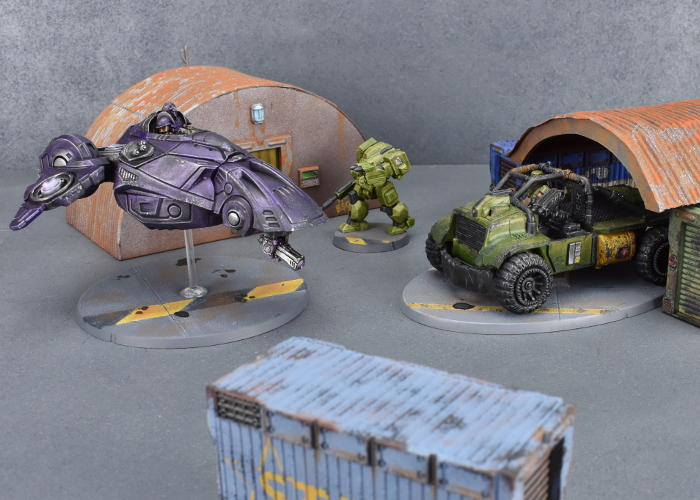 In Maelstrom's Edge, certain things have a different effect when a unit is approached from the front or the rear. To facilitate these rules, our bases have markers on the sides, breaking the base into a front and rear arc. If you're using different bases for your models, you can make do without them by using the model's shoulders or face as a reference, but it can be a lot easier to have that visual reference on the base.

There are a couple of different ways to go about this, but in either case the first step is to find the middle line of the base. I've found the easiest way to do that is to use a gridded cutting mat. Sit the base neatly in between the gridlines - Depending on the size of the base, it obviously won't always run from line to line. 25mm bases, for example, would just be centered with 2.5mm either side. Eyeballing this is usually accurate enough, but you can always measure it, or use a piece of 1mm gridded graph paper instead of the cutting mat if you prefer more precision.

When you have the base lined up, count in halfway on the grid, and use a pencil to make a mark on either side. 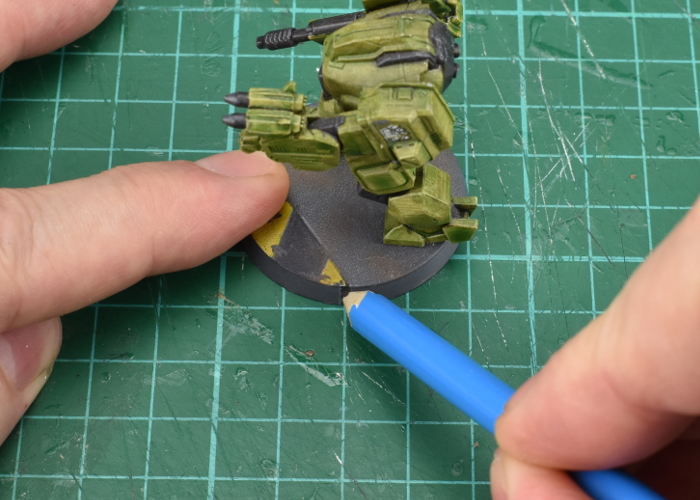 For 30mm bases, or other 'odd number' sizes, where the middle point would fall halfway between the grid lines, you might find it easier to mark on the diagonal rather than estimating halfway along the grid. 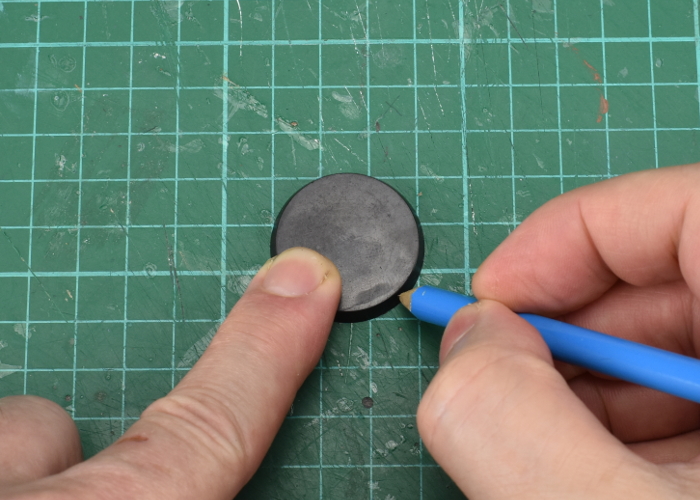 Once you have your marks, the quickest and easiest way to finish up is to draw or paint a solid line over the marks. For some extra razzle-dazzle, you can add the illusion of a cut-in by highlighting down either side. 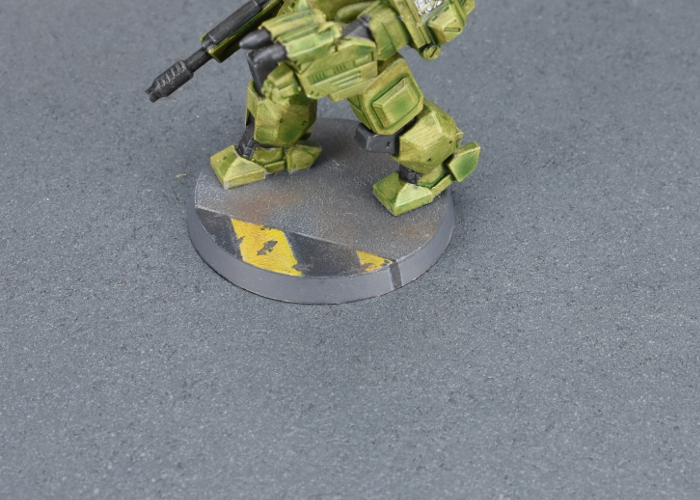 If you would prefer to have cut-ins on the bases to match the normal Maelstrom's Edge bases, you can use a small file to etch the line into the side of the base. Try to keep the file perpendicular to the base's top surface, and stop just before you cut right through the base edge. 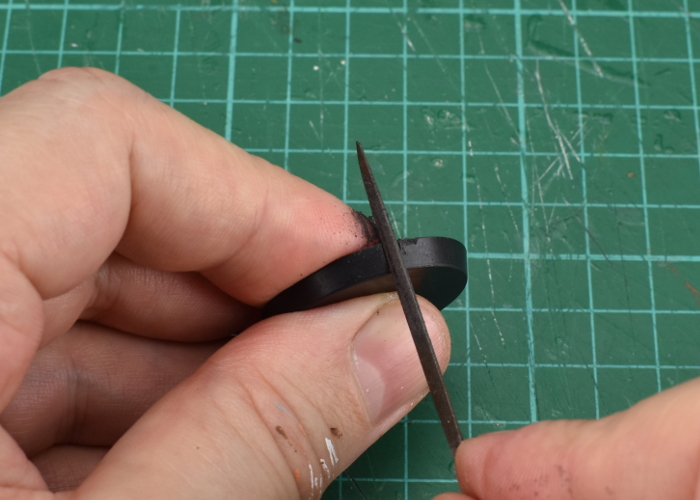 Do this on both sides, and you wind up with something like this: 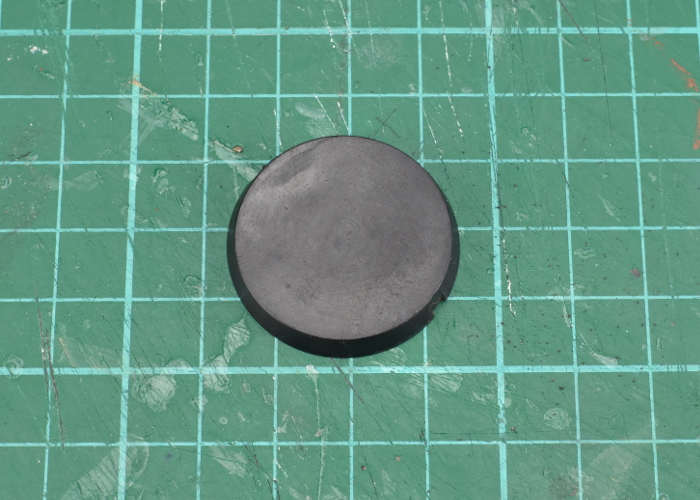 Note that if you do accidentally file through the inner wall of the base edge, you can stick a small strip of plastic or paper over the inside of the gap to close it over again.

With some paint on, the filed divot gives you an etched arc marker that looks right at home alongside your regular Maelstrom's Edge bases! 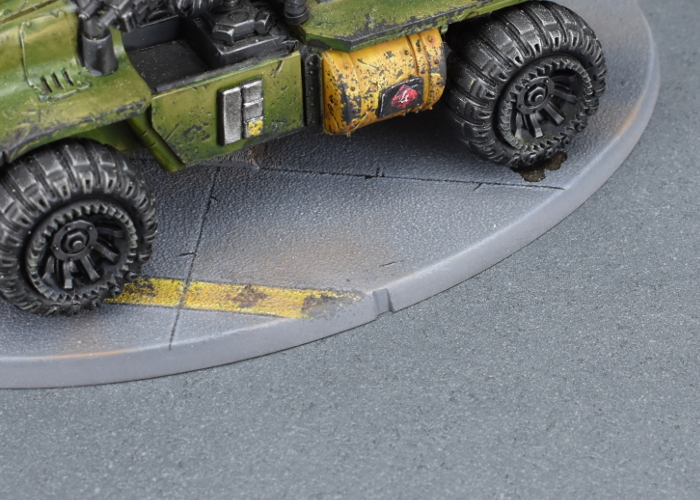 That's it for this week. Stay tuned next week for the completion of my first batch of underhive buildings!

Pick up the Maelstrom's Edge model range from the webstore here.

You're viewing a weblog entry titled Modeling Spotlight: Adding Arc Markers to 3rd Party bases.. If you like this entry you might want to: