In the time since the release of the Maelstrom's Edge terrain sprue a couple of years ago, this useful little frame of detail parts has consistently been one of our most popular plastic kits. As good as it is, though, it was always intended to be just the start of a range of different terrain component kits. So over the last 18 months or so, we've been hard at work designing and sculpting a new sprue to add a whole slew of new building options!

This new kit will be out very soon, but to whet everyone's appetites, I thought I would take the opportunity to throw together a quick building walkthrough to show off some of the great new details! 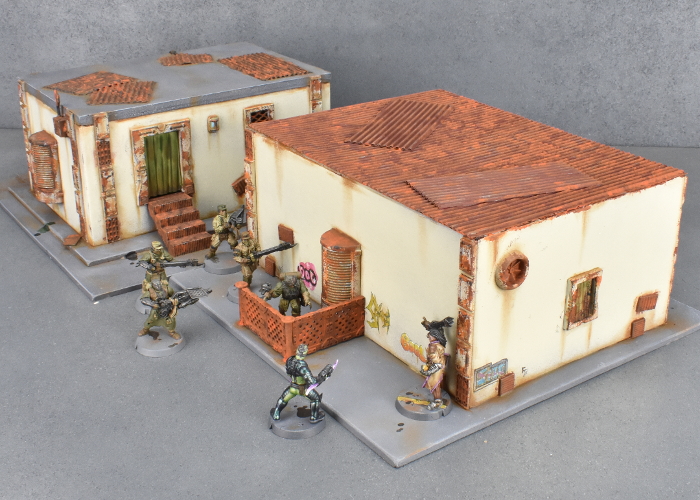 To keep things simple for this build, I turned once more to my humble favourite: the cardboard gift box! 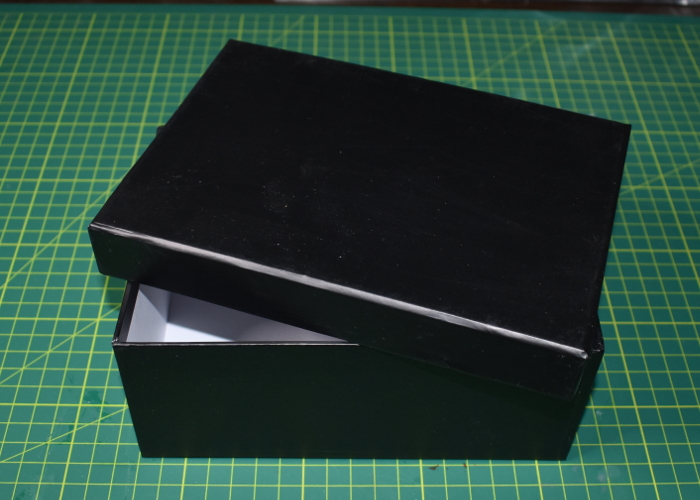 As with the first terrain sprue, the doors and windows are designed to slot into holes cut into the walls of the structure - although this time around, the doorframes and doors are separate components, so that you can model them open or closed!

To fit them into place, I started by flipping the box upside down, and drawing a guide line 12mm up from the bottom of one of the long walls. Then I held a door frame in place a third of the way along the wall and traced around the inset back of the frame with a sharp pencil. As I wanted two doors on this wall, representing a pair of joined habitation units, I repeated this a third of the way in from the other end of the wall as well. 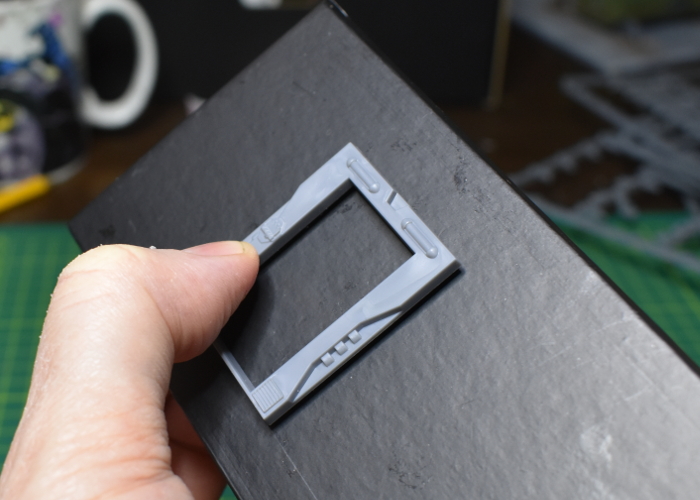 To cut out the doorway holes, I used a sharp exacto blade, following the pencil line and making several passes rather than trying to cut right through in one go. 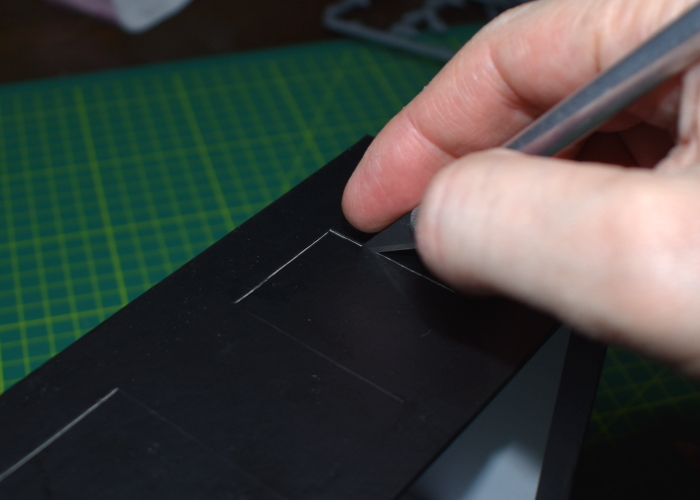 I then glued the doors in place with superglue, and cut and glued a window in each end wall using a similar process. 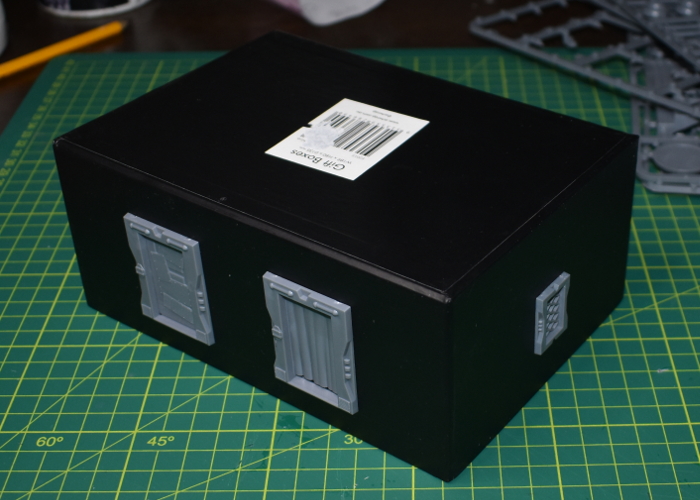 To reinforce the walls of your structures, the sprue includes a number of bolted struts like the first terrain sprue. These struts have some missing panels on them, with optional, separate panel pieces that can be glued on to vary the look of the struts a little. 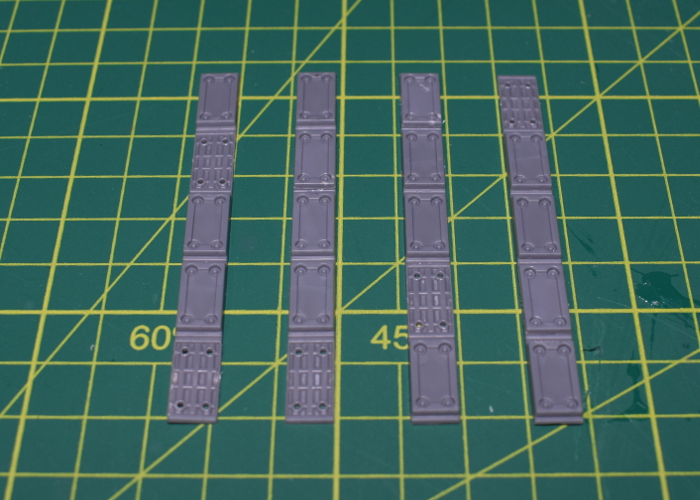 One of my favourite details, the sprue also comes with two stair pieces, designed to be used individually or stacked up for a taller set of stairs. For this build, I was just using them individually, and also wanted to butt them right up against the wall, so I cut off the triangular support pieces from the backs of them with my exacto knife. 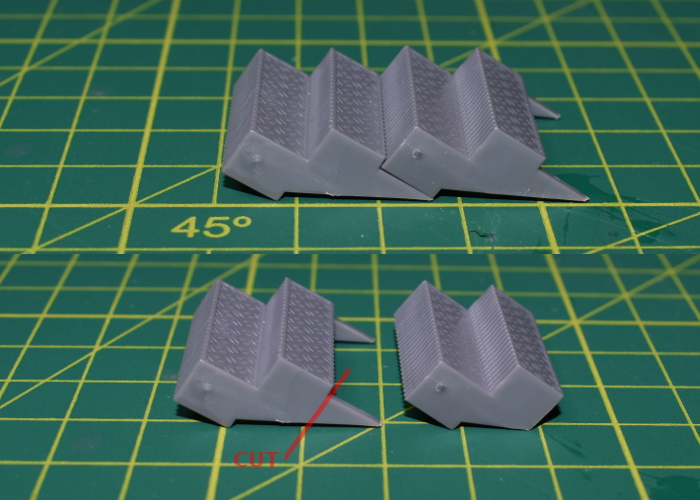 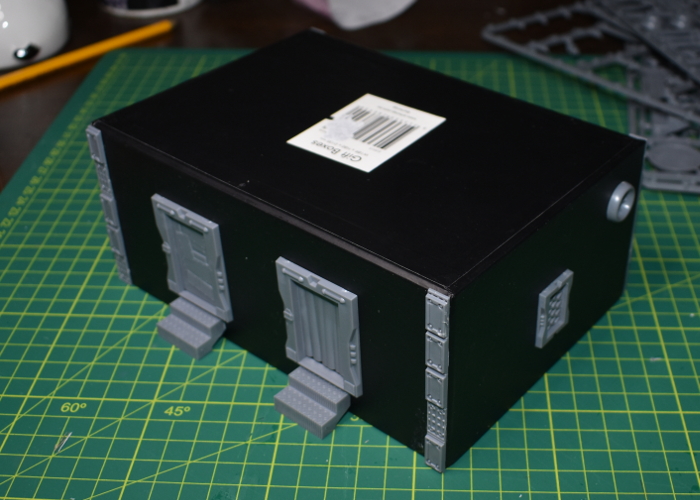 To finish up, I covered over the rather boring top of the building with some corrugated cardboard, and build an awning using another piece of cardboard, some plastic tubing, and a couple of posts from the terrain sprue. I also added a base of foamed PVC, and some underfloor ventilation using vent pieces cut from the reinforcing struts on the original terrain sprue. 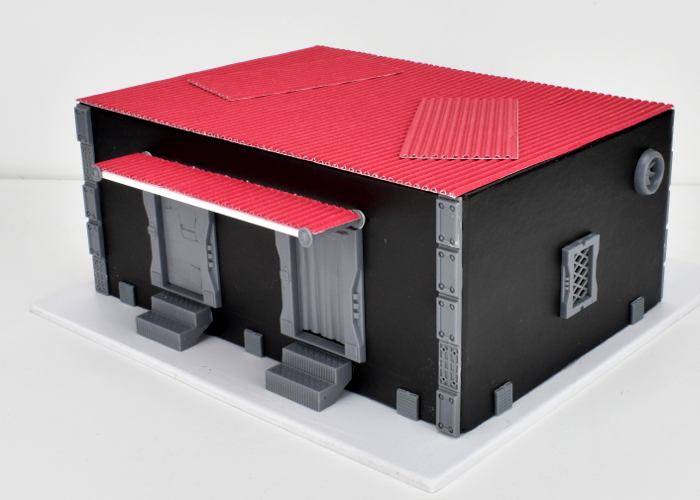 On the rear of the building, I glued a generator in the middle to service both hab units, and built a small fence to protect it and provide some low cover on the table, using some grating pieces and a couple more posts. I also added a couple of corrugated patches on the walls for some low-tech, DIY repair. 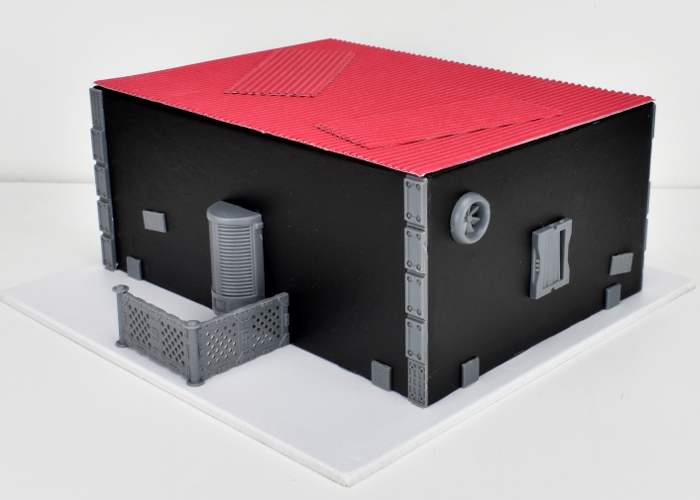 With some paint on (which I'll cover in a future article very soon!) the hab block was ready for the table! 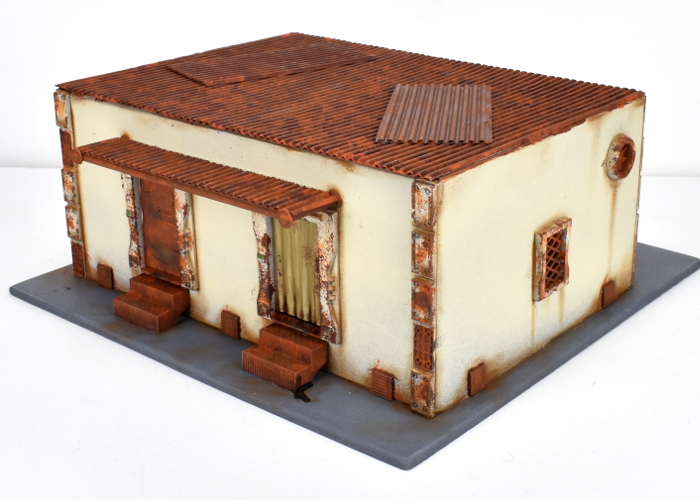 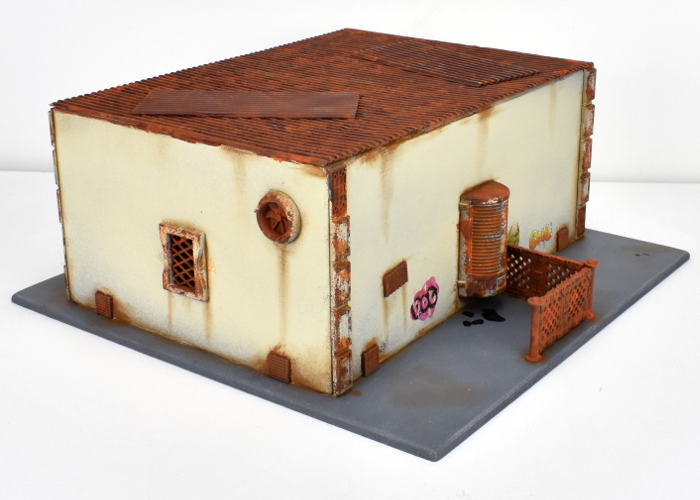 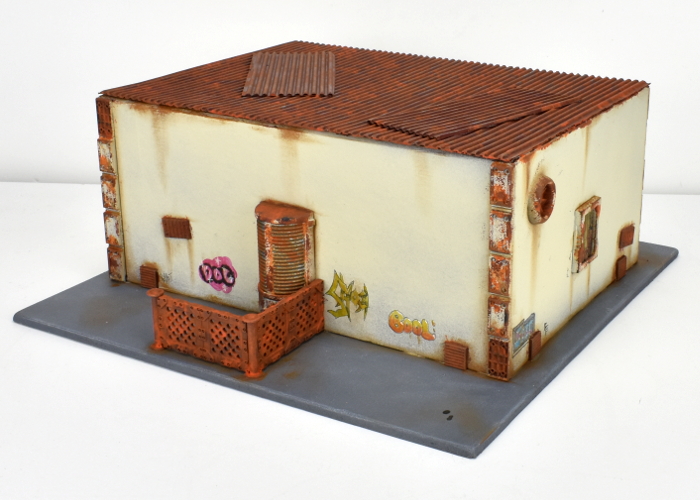 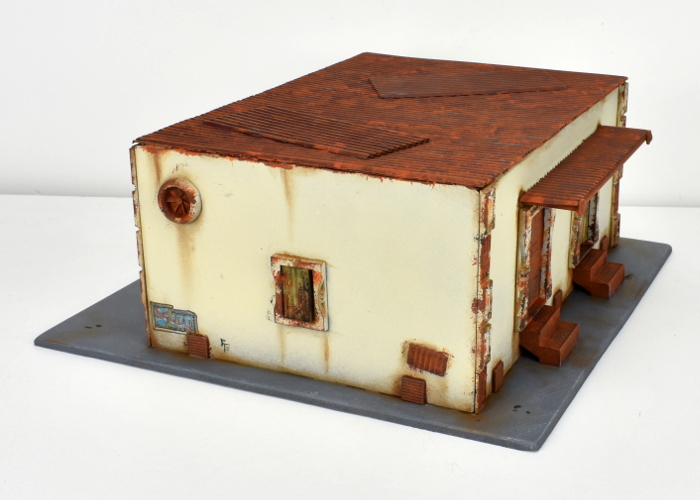 The exact release date for these sprues is still to be confirmed based on production scheduling, but should be in the next few months. I'll be showing off some more previews in coming weeks to reveal other components included on the sprue.

In the meantime, you can still pick up the original terrain sprue along with the rest of the Maelstrom's Edge model range in the webstore here.

You're viewing a weblog entry titled Terrain Spotlight: New Terrain Sprue Sneak Peek!. If you like this entry you might want to: