As fun as it is to mess about with different colour schemes and builds, sooner or later you just have to throw some dice. I decided it was time to stop building random Remnant Militus suits, and put together an actual, playable fire team.

And so, after consulting the force lists and jotting down a quick list, and piecing together the remaining suits that I needed to make it work, the Aurum Blade was born! 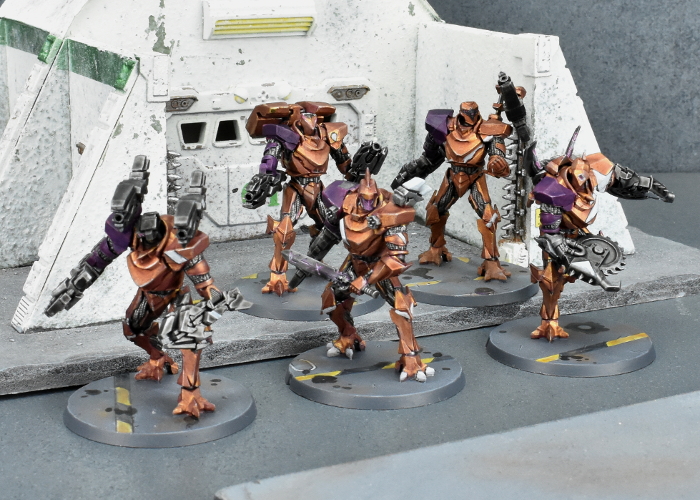 This is a 120 point force, which is a good size for small, quick games. It also serves as a nice core for expansion later, as I intend to add some Nimbus and Brutus suits once those kits are ready to go. 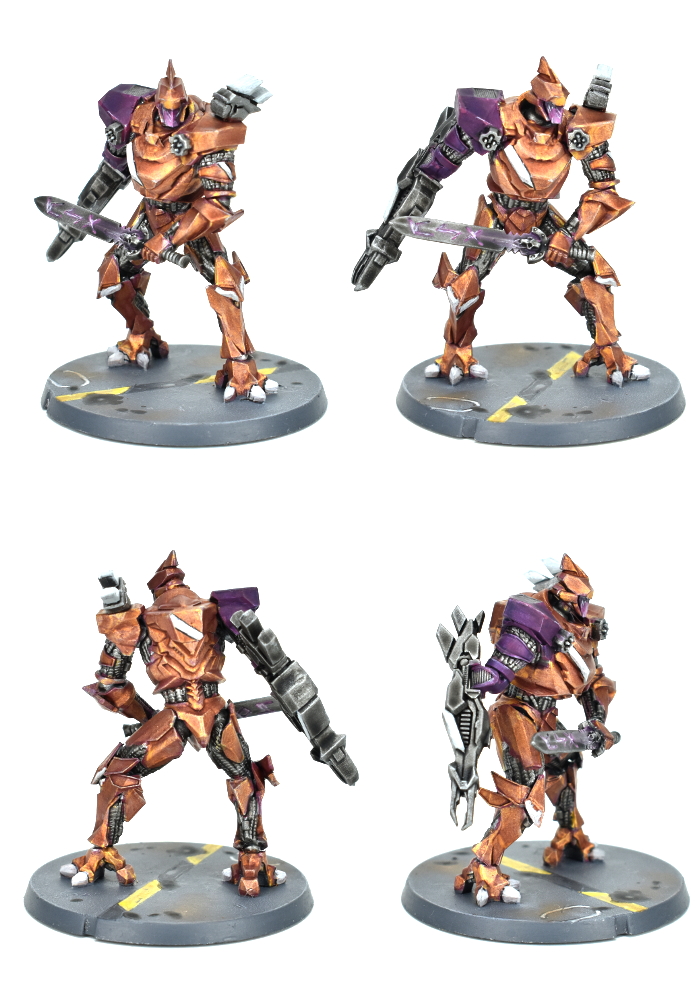 Some of the gear that I wanted for this model isn't available yet (coming in an upgrade pack as soon as we can get it finished!), so I used a couple of fill-in parts. The Aruval Blade is taken from a Warhammer 40000 Space Wolf kit, the Defensive Countermeasures are trimmed off the Epirian Master Handler's missile pods, and the Prime Array is the back end of an Incursion Blaster, sliced off and flipped upside down. 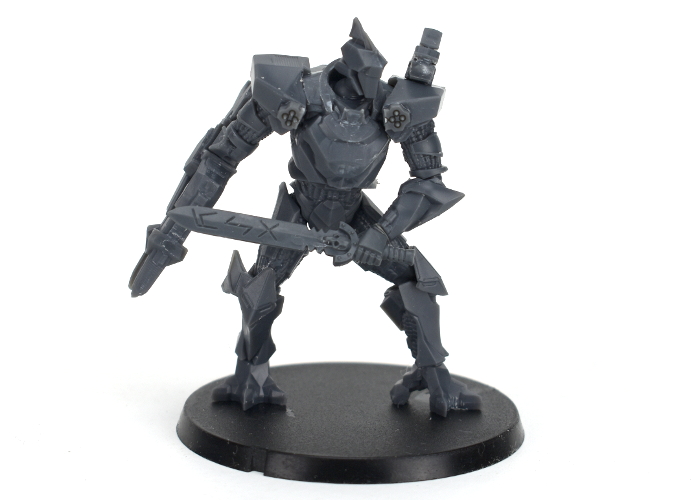 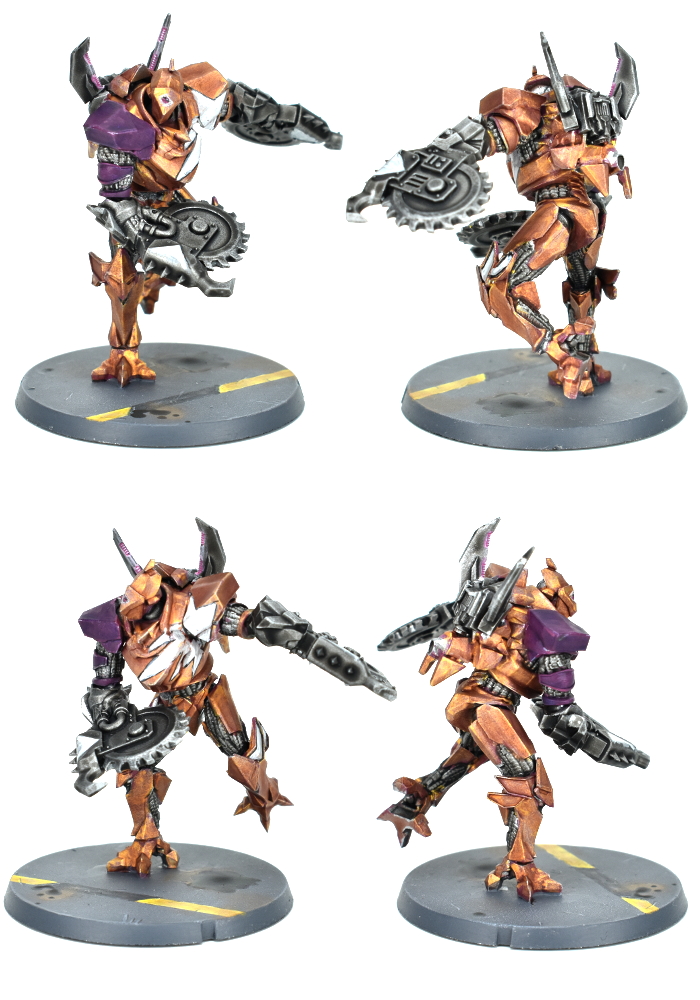 This model was a conversion I had to make after I wound up with some leftover parts from a Warhammer 40000 Ork Trukk that I kitbashed into an Epirian Contractor Truck. While the saws are big and showy, it made the most sense to just treat them as combat gauntlets, rules-wise. The saws are attached to trimmed-down reflex shield arms, but that's just represented as a single reflex shield due to there being no benefit to taking two of them! 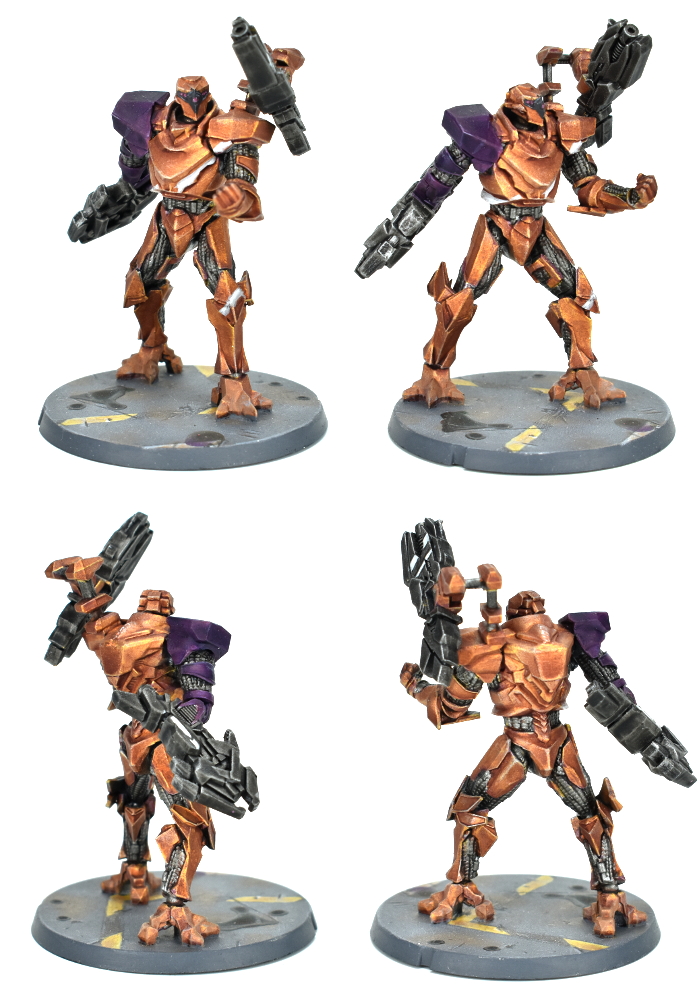 This was one of the first models I painted up for the Remnant, and is still one of my favourites, so it was a fairly obvious idea to base a fire team around him. 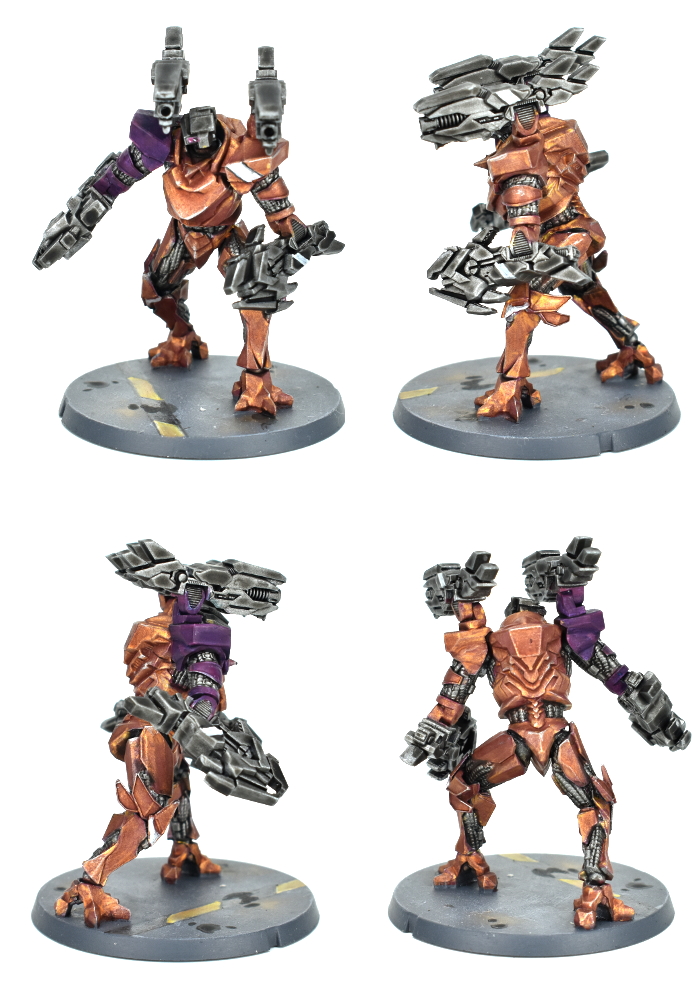 You might remember this suit from such articles as Building the Militus Dominator! He's just itching to lay down some firepower. 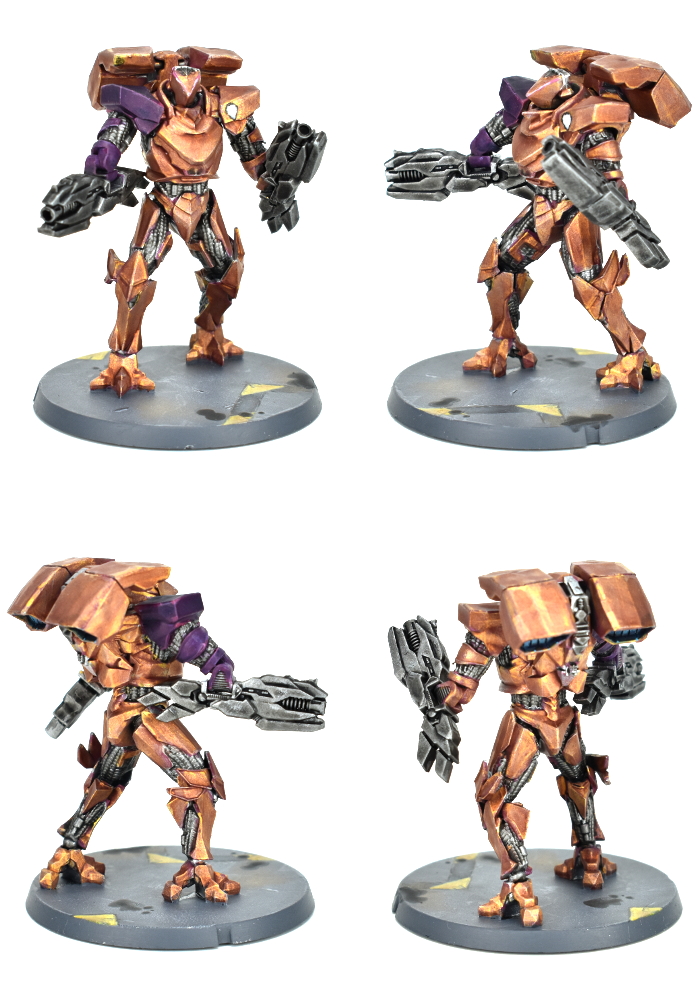 This last model was also assembled and painted for a previous article, showing how to paint the gold used on this fire team. The Mark of the Initiate means that he takes to the field with lower stats then the rest of the team, but also makes him five points cheaper, which meant that the fire team came in bang on the 120 points without having to sacrifice any gear.

As an initiate, I left his suit simpler than the rest of the fire team, with the only white decoration being the initiate shield on his left shoulder pad.

The team all assembled: 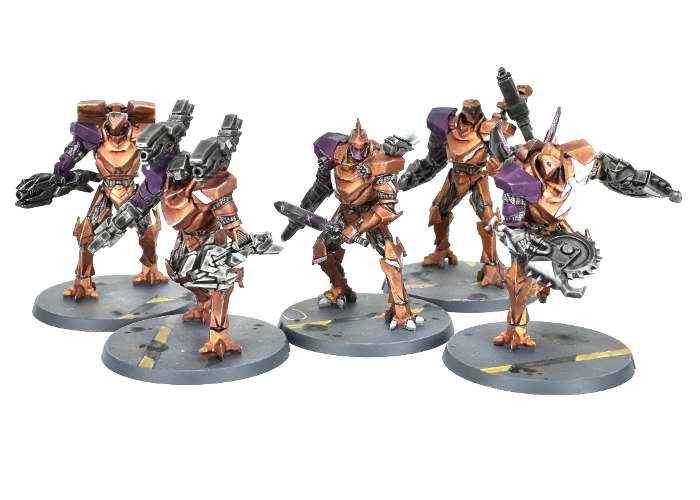 All that's left now is to test them out on the table! I'll make no promises on their performance there - I tend to build lists around the models that I want to I like the look of, with very little regard for what will be most effective in battle. Part of the challenge is in taking whatever you wind up with and finding ways to make it work!

More on that soon!

To put together your own Remnant fire team, pick up the Militus battlesuit from the webstore here.

You're viewing a weblog entry titled The Aurum Blade - A 120 point Remnant Fire Team. If you like this entry you might want to: