As I mentioned in last week's article, we have a new terrain sprue coming!

Because new terrain gets me as excited as a very excited thing on a special day to be excited, I'm currently locked in my office, figuring out the best ways to make use of the new bits and pieces on the sprue and putting together new buildings for the ever-expanding terrain collection. One of the new pieces I put together this week was a small firepoint, just perfect for holding the line against incursions of lawless rabble! 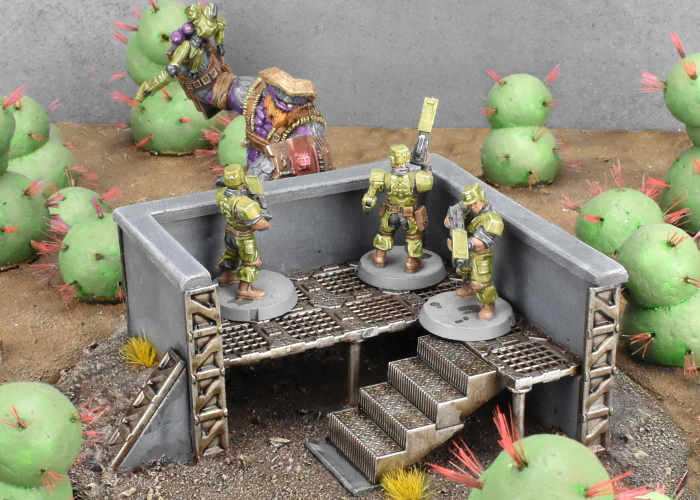 The bulk of this structure is made up of floor grates from the new terrain sprue, and a combination of 3mm foamed PVC and 6mm foamcore for the walls.

I started out by laying out a floorplan, and gluing the grates together edge to edge. Then I cut the PVC and foamcore into sections to fit neatly around the three straight edges of the floor. 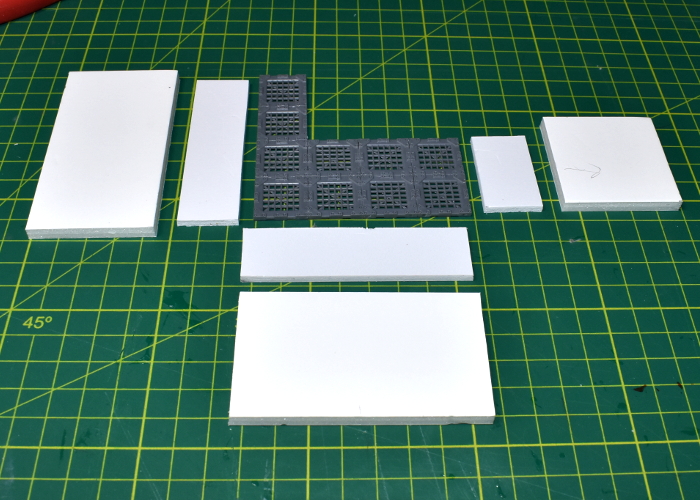 The sprue includes some posts which can be used to make low walls. For this build, I'm using a couple of them as floor supports, so trimmed off the rounded top. 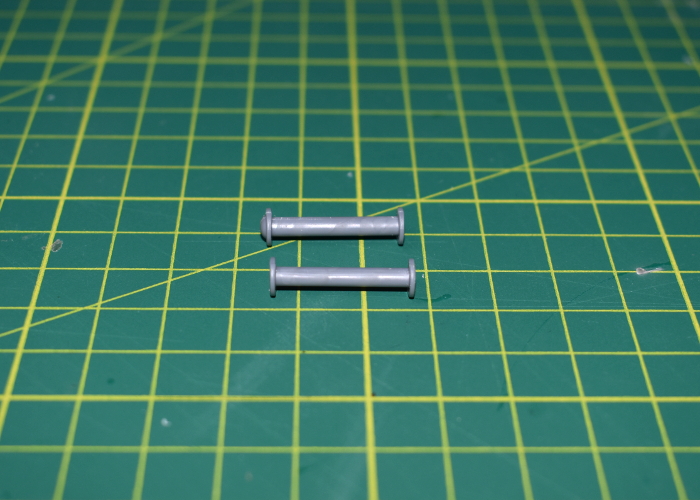 Some stairs were needed to get up to the floor level in the firepoint. The stairs on the new sprue are designed to stack up on top of each other, and two stair pieces stacked come to almost exactly the same height as the floor grates sitting on the posts. 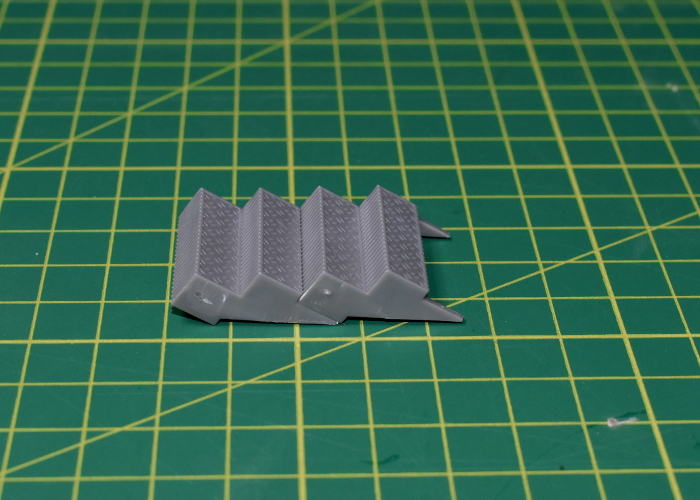 With the wall pieces glued together, the lower PVC sections form a support rail, on which the floor grates will sit. 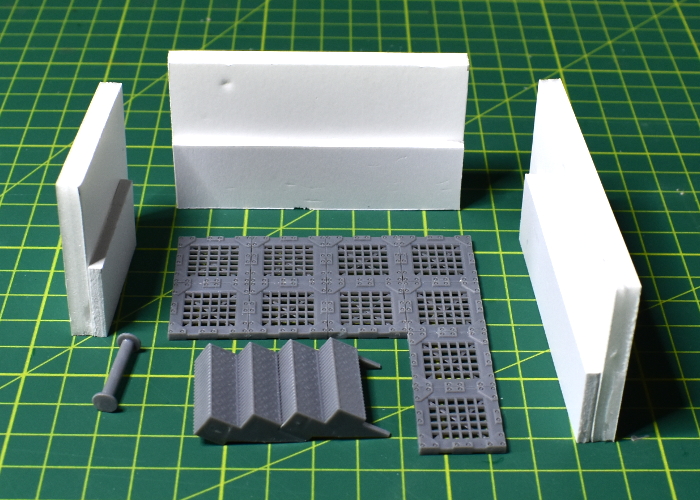 To cover over the exposed ends of the foamcore, I took some support struts from the original terrain sprue and cut them to the same height as the walls. Four of these attach to the corners, neatly sealing over the foam. 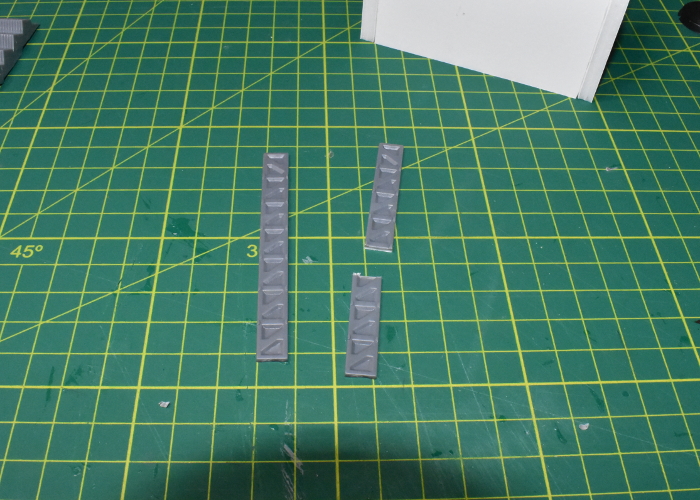 The short, leftover pieces of the support struts were a nice length to form some bracing for the walls. I cut some small triangles of PVC and foamcore, which when glued together are exactly the same width as the struts. 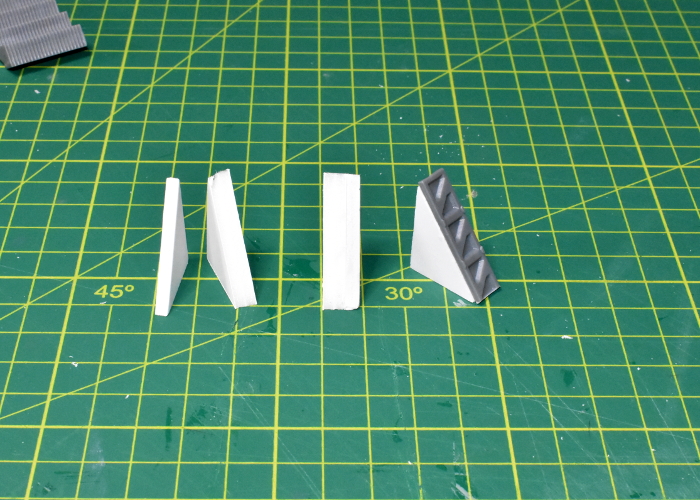 That just left the top edges of the wall exposed. To seal that over, I cut a piece of foamed PVC in a lopsided 'U' shape to match the path of the wall, making it wide enough to overlap slightly on both sides, just to look prettier. 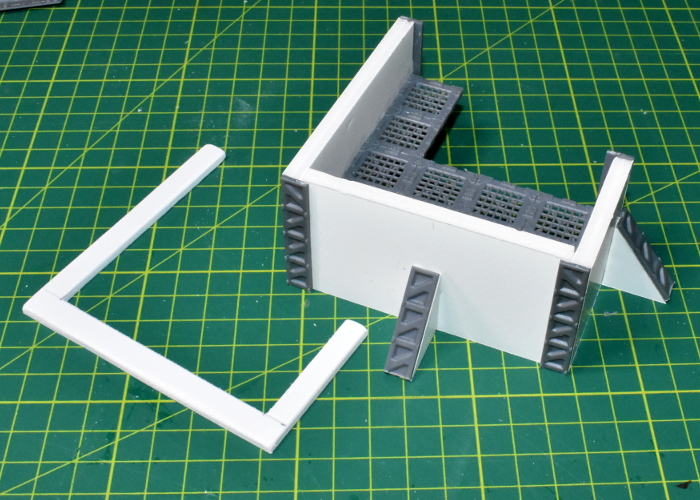 With the structure complete, I glued the firepoint down to a piece of hardboard. I wanted the firepoint to have some dirt piled up against the front, so I cut some expanded polystyrene to form the bulk of the dirt pile, and glued that in place around the front and the sides. 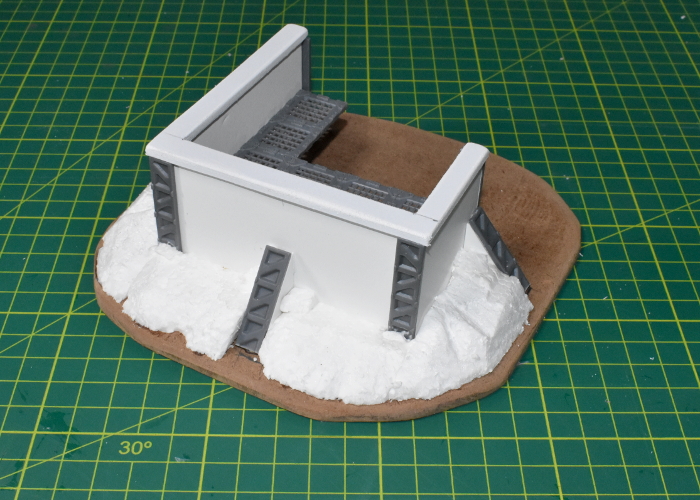 Finally, I gave the expanded polystyrene and the remaining exposed hardboard a generous coat of PVA glue and sprinkled a sand/gravel mix over it. 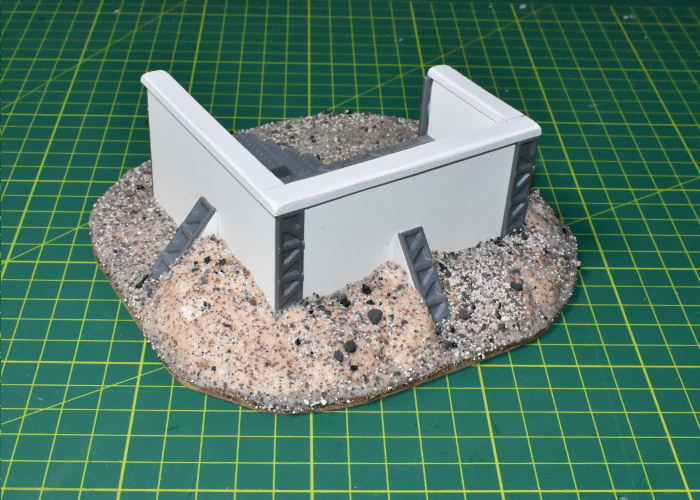 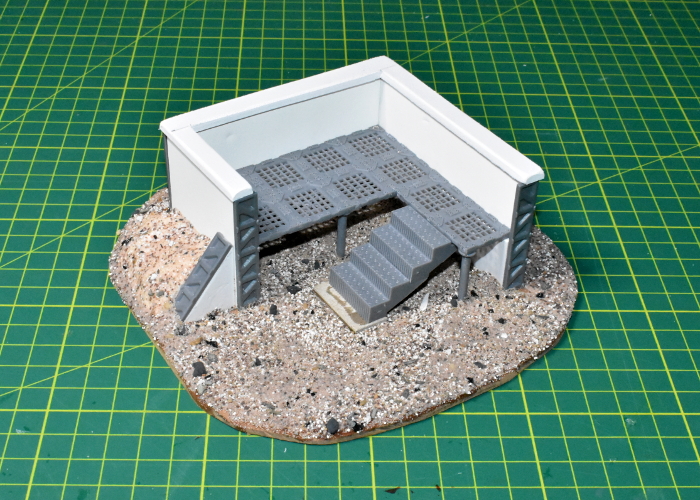 With some paint on, the finished firepoint looks like this: 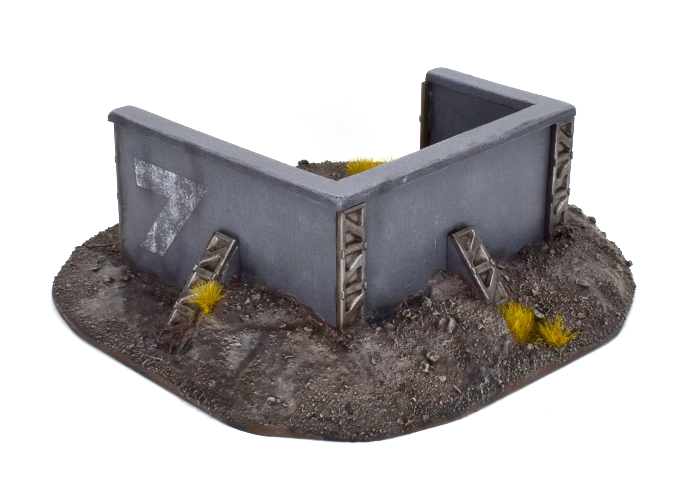 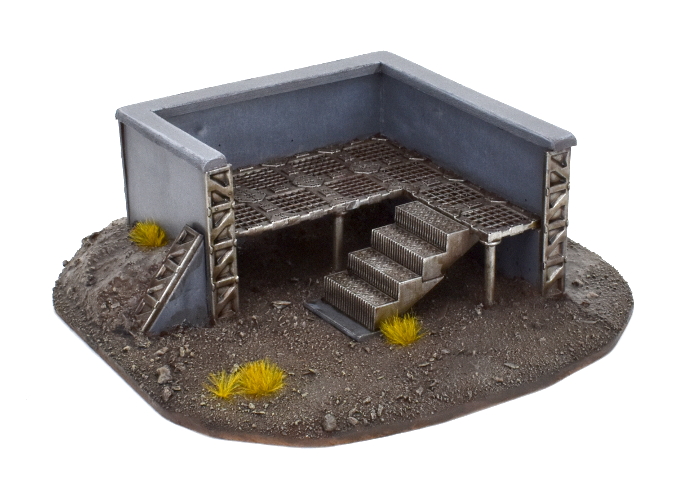 The exact release date for the new terrain sprue is still to be confirmed based on production scheduling, but should be in the next few months. I'll be showing off some more previews in coming weeks to reveal other components included on the sprue.

In the meantime, you can still pick up the original terrain sprue along with the rest of the Maelstrom's Edge model range in the webstore here.

You're viewing a weblog entry titled Terrain Spotlight: Firepoint Emplacement. If you like this entry you might want to: