I'm home from Salute (which was a blast!) and a regrettably very short stay in London, and now getting caught up on everything. As a result, this week's modeling article is a short and sweet one, which also creates a little more progress on my landing pad display board. One of the features I wanted to add on was a viewscreen displaying a 'Welcome' message to new arrivals to the pad. I wanted this to give the illusion of being an illuminated screen without actually having to resort to playing around with LEDs and the like, and below is a quick rundown on how I set this up. 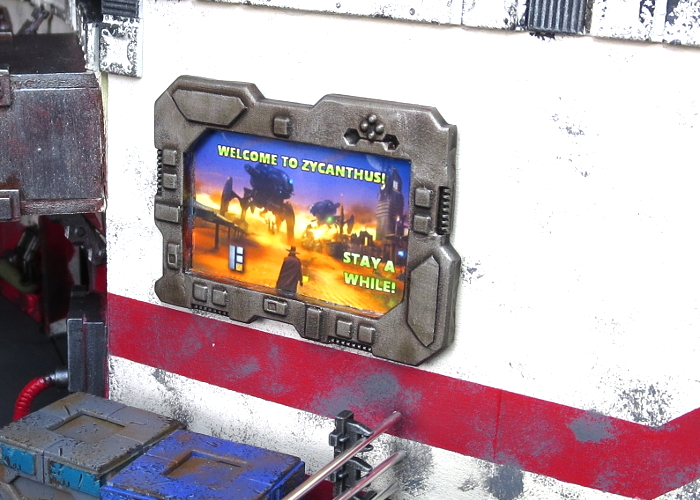 The frame for the viewscreen was made from a garage door from the Maelstrom's Edge terrain sprue. I cut the door out with a razor saw, and then sliced up the doorframe and rearranged it into a smaller rectangle. (You could also just use a rectangle of thick plasticard with the middle cut out!) This was then painted using my normal weathered metal technique. 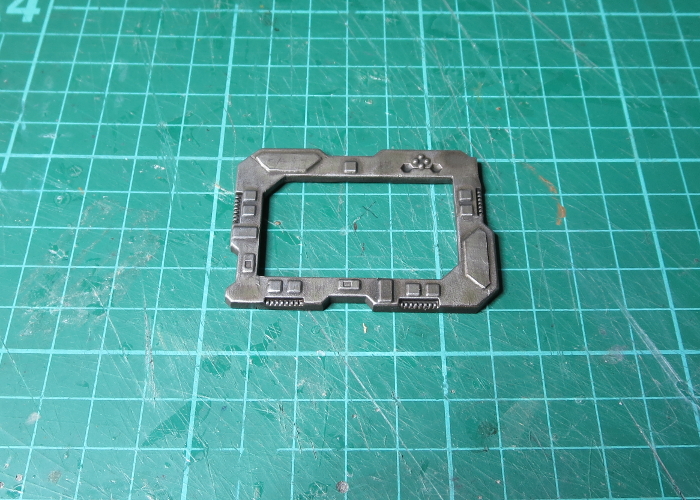 I wanted the back of the screen to be slightly smaller than the frame, so that the viewscreen would look like it was sitting out slightly from the wall rather than having the sides sit flush against it. So I traced around the frame onto a piece of thin plasticard, and then it cut out about 1.5mm inside the line to make it smaller than the tracing. I then glued this piece to the back of the frame, and painted around the outside edge with some Vallejo Heavy Charcoal so there wouldn't be any white peeking out from behind once it was mounted on the wall. 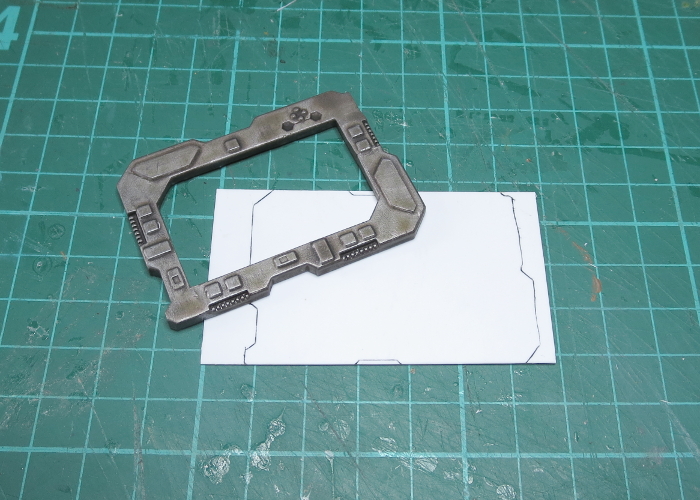 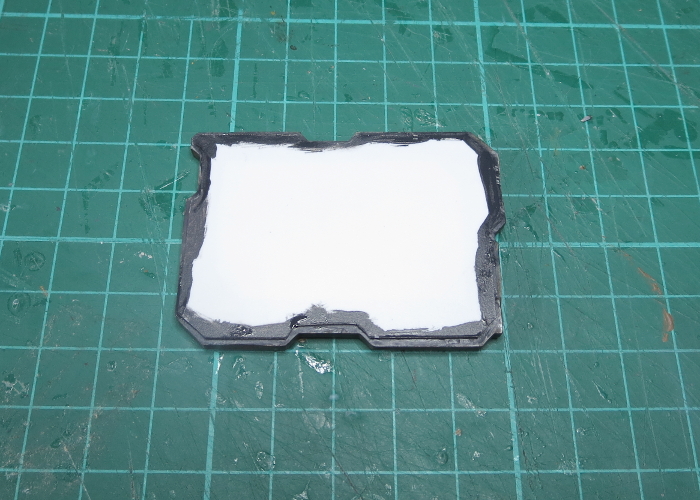 For the image on the screen, I grabbed an appropriate picture and added some text in Gimp, before printing it out at an appropriate size on glossy photo paper. 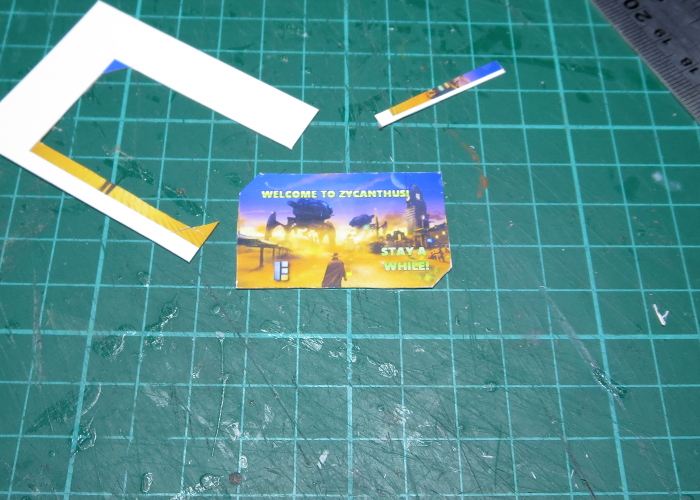 I sprayed the picture with a light coat of gloss sealer to protect it, and then glued it in place inside the frame. To give the illusion of a glow, I painted around the inside edge of the frame with silver, and then added a couple of coats of brush-on gloss varnish. The gloss creates a dull reflection around the edges of the frame - it's a subtle effect, but enough to convey the idea of a low-powered screen that doesn't throw out a lot of excess light. 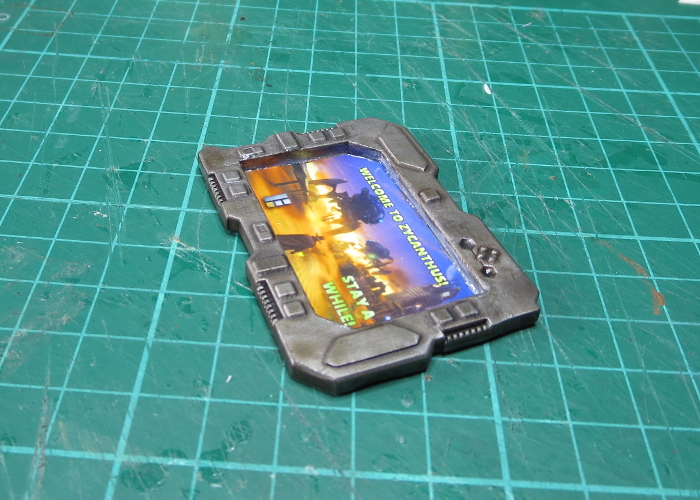 An alternative to this effect would have been to paint around the inner edges of the frame with colours matching the adjoining parts of the picture. This can create a much brighter 'glow' than the method I've used above, but can also look off if you look at it from the wrong angle.

With that done, it's time to get cracking on the rest of the display board, since I'm getting rather impatient to see it finished!

You're viewing a weblog entry titled Terrain Spotlight: 'Illuminated' Viewscreen. If you like this entry you might want to: