The new Faction Expansion Sprue saw the addition of new units to the game for both the Karist and Epirian factions, with extra components to add to the original plastic kits. This seemed like a great chance to expore the versatility of these kits, by looking at different ways to build the new units.

We've already had a look at the Epirian Suppression Team, so this time around I'm having a play with the Karist Praetorians. These veteran warriors are immediately recognisable with their massive Cybel Glaives, or the smaller but deadly Cybel Blade. 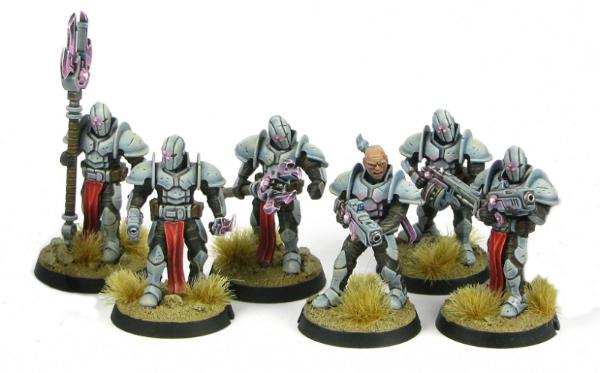 The sprue comes with an open hand for holding the Cybel Glaive in a single-handed grip. For the other arm, you can use the arm with clenched fist from the Karist trooper sprue, or the pointing arm from the Expansion sprue, as in the studio images above and below. 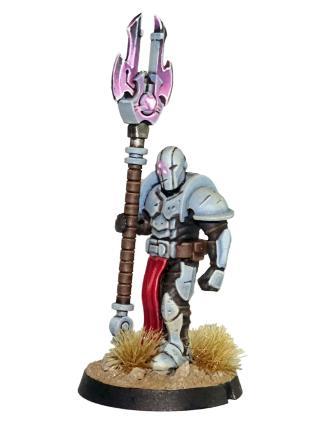 With a little cutting and gluing, though, you can use the rifle support hand from the Epirian Contractor sprue on one of the Karist left arms to create a two-handed grip like this: 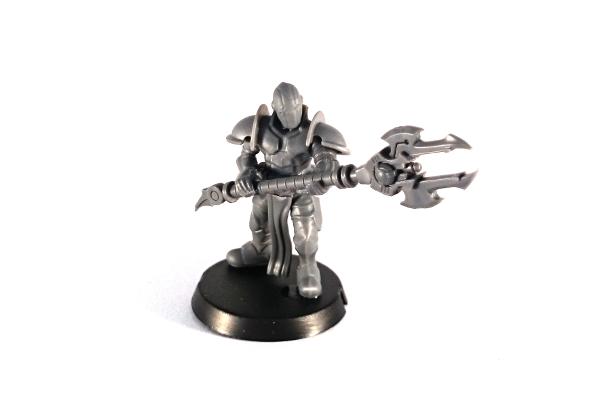 The left hand will look slightly different to the right, as the Karists have a flat plate on the backs of their gloves which the Epirian hand will lack, but painted up like the other glove it won't be particularly noticable.

Both the Cybel Glaive and the Cyble Blade can be glued to the models' backs, to leave hands free for ranged weapons. 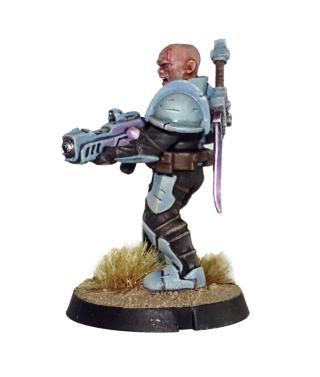 For Cybel Blade-equipped models, you can use the clenched fists which can be found on the Karist Trooper sprue or the Expansion Sprue to hold the sword, by cutting the hand grip off the sword and gluing to the top of the fist, and gluing the bottom of the hand grip to the bottom of the fist. You need to trim off a little of the grip to correspond to the part that would be in the model's hand, otherwise you wind up with a very long handle. You may find it sits better if you sand or file down the top of the fist a little to make sure you have a flat surface to glue the sword onto. 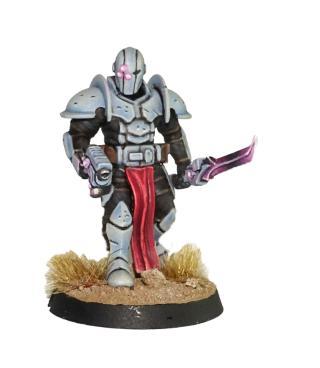 You can achieve some slightly more dynamic posing and make your Praetorians stand out a little more from regular Troopers by using Shadow Walker legs, as below: 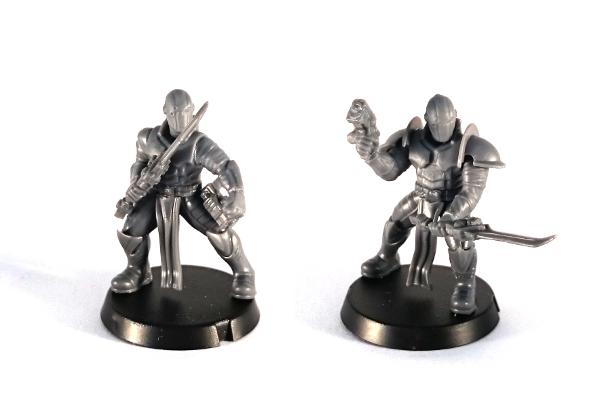 It's possible to equip a Praetorian with both a rifle (including a Ripper Grenade Launcher or Radwave Emitter) and a Cybel Blade. If you would like to avoid having to sling one of the weapons on the model's back, you can always combine them both into a single pole-arm: 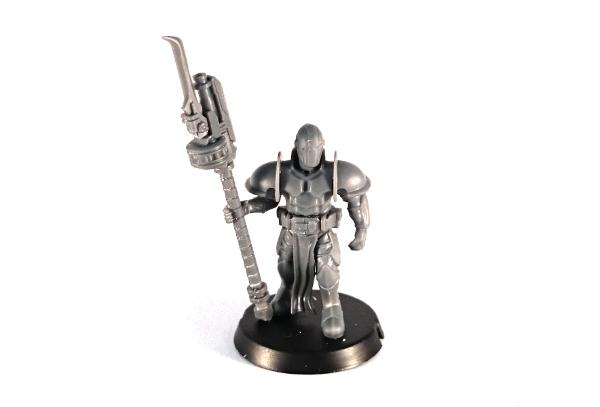 For an alternate take on the iconic Cybel Glaive, I tried going the other way and removing the shaft. The blades were attached to the model's forearms, and the power unit glued onto the model's back: 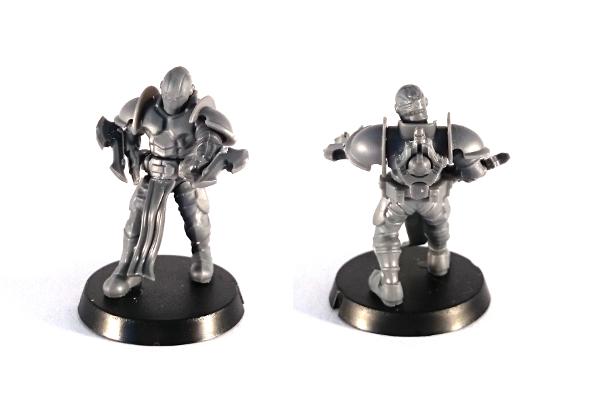 There are plenty of other possibilities for personalising your units from this sprue, or for creating new unit options for your own home-brew rules, like this model armed with a Cybel Halberd, made by flipping the Glaive's blade upside down, and Energy Shield taken from a Kaddar Nova's backpack: 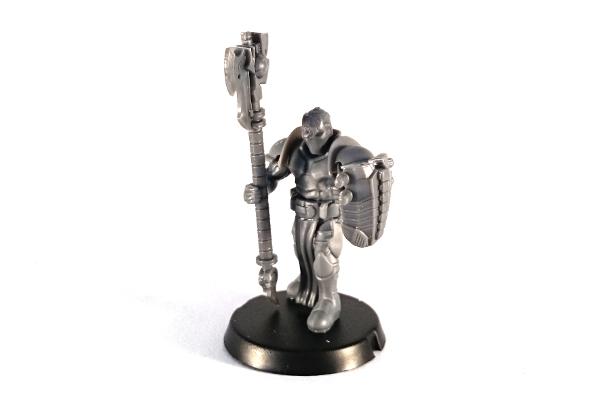 ...or this Angel Keeper, built from Kaddar Nova legs, a Shadow Walker torso, Karist Trooper arms and the shaft of a Cybel Glaive, with a mask made by trimming down a Kaddar Nova's crown. 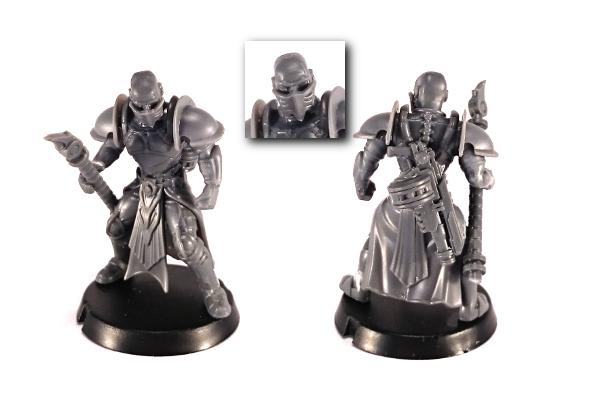 (We'll be looking at Angel Keepers in a little more depth, and sharing a tutorial for building your own, in an upcoming article very soon...)

And finally, if overkill is your thing, here's a Kaddar Nova who clearly favours getting in close and personal with his enemies: 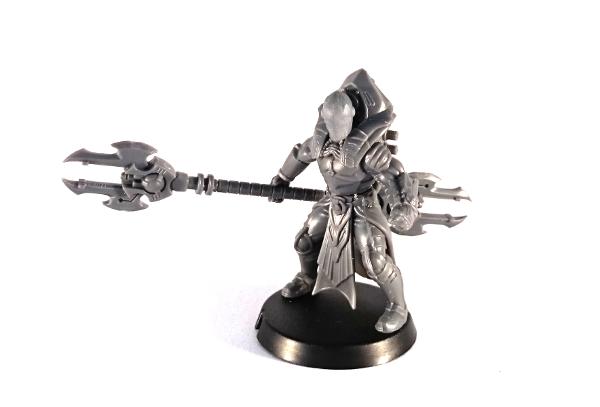 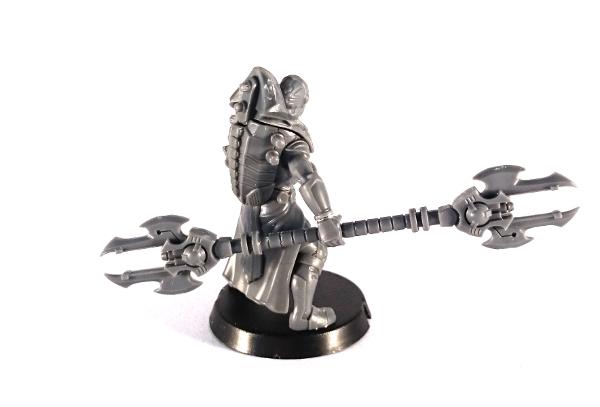 Why not have a try and see what you can come up with yourself? You can pick up the Faction Expansion Sprue in a handy 3-pack in the Maelstrom's Edge Online Store here.

Feel free to share your creations on the Comm Guild Facebook page (https://www.facebook.com/groups/MaelstromsEdge) - We would love to see what you do with your Praetorian units!

You're viewing a weblog entry titled Spotlight: Karist Praetorians. If you like this entry you might want to: