My adventures with Army Painter Speedpaints continued this week, as I'm slowly piecing together a force from various miniatures to run as an Imperial Guard army in 2nd edition Warhammmer 40000. This week's addition was a plastic (and slightly converted) Karist Kaddar Nova! 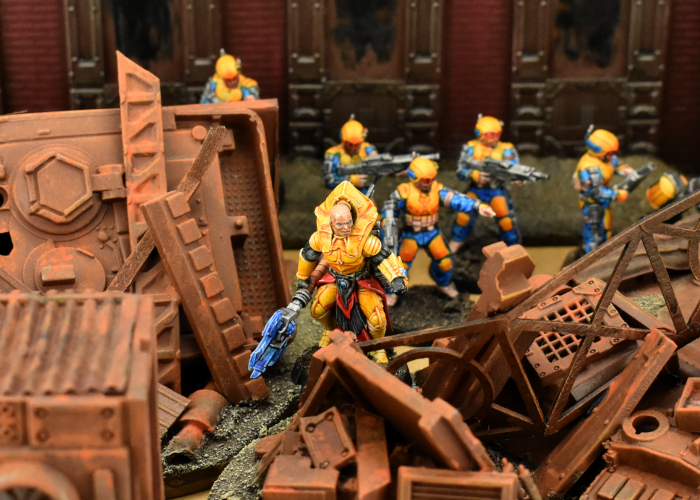 This model uses mostly the standard Kaddar Nova parts, although I added in a right hand, glaive and pistol from the Faction Expansion sprue, as this chap will be fielded as an Inquisitor Lord armed with a force rod and hand flamer.

As per normal for Speedpaint work, I started with a white spray basecoat. The armour is Zealot Yellow, hung upside down to dry so that the paint would pool into upper recesses. For the skin, my initial tests with Crusader Skin straight over white were not what I wanted, so this time around I tried an experiment. Starting with a coat of Skeleton Bone, I applied a very light drybrush of Matt White and then the Crusader Skin, and was quite happy with the result. The eyes are a thin strip of white with some black dots in the middle, and then any mess around the edges cleaned up with some more Skeleton Bone and Crusader Skin. 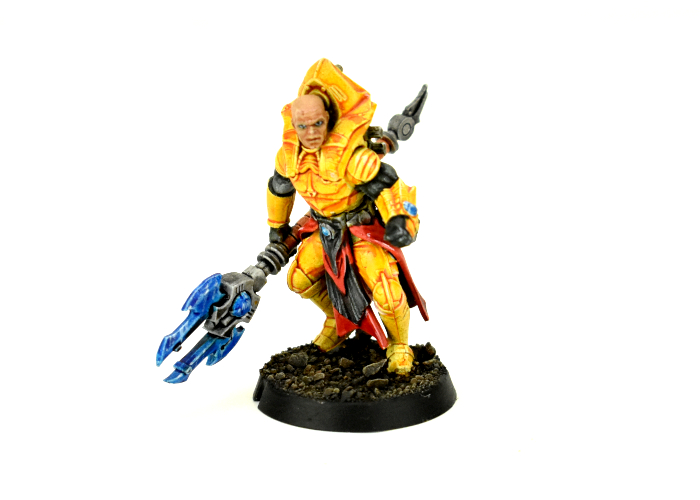 Proper curing time is still something of a mystery with Speedpaint, and in certain conditions the paint can reactivate when painted over if it is not completely cured, so I have taken to applying a light coat of Anti-Shine varnish over the first, main colour and then applying any white touchups and subsequent Speedpaint colours over that, and this seems to do the trick.

I used Grim Black for the black parts on his tabard and arms, and Gravelord Grey for exposed metal parts. The grey gives a good metal stand-in without actually being metallic, and there's enough of a contrast between the grey and black for the two to wind up looking sufficiently different. 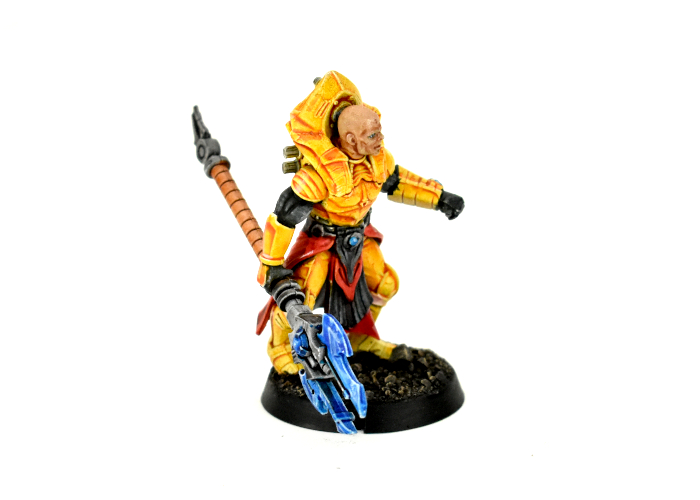 The blades on the glaive and the various glowy blue bits were painted with Highlord Blue with accents of Matt White, while the handle of the glaive is Hardened Leather. 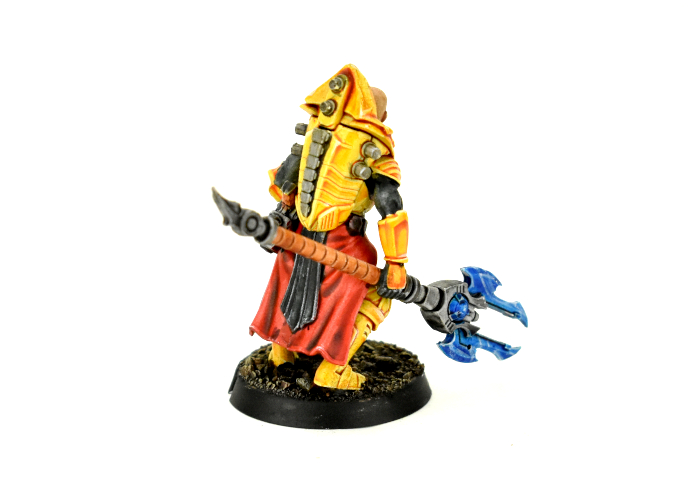 The tabard is Blood Red, applied in two layers - one for the initial colour, and then after that dried, some additional red dabbed into the deeper creases for some extra shading. Then, with all of the colours in place, I added some highlights wherever seemed appropriate on the model with a little Matt White.

Finally, I painted the base with a coat of Dark Wood, drybrushing when it was dry with a little Skeleton Bone, and then added Matt Black around the rim. 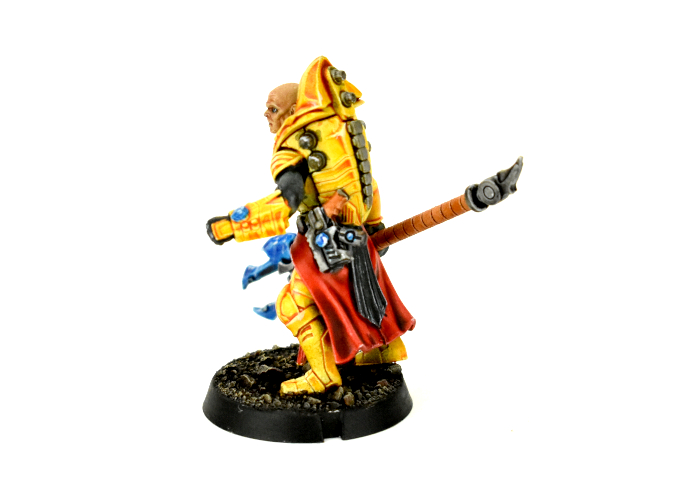 So, that's one squad and a character down, and the rest of the force in progress. 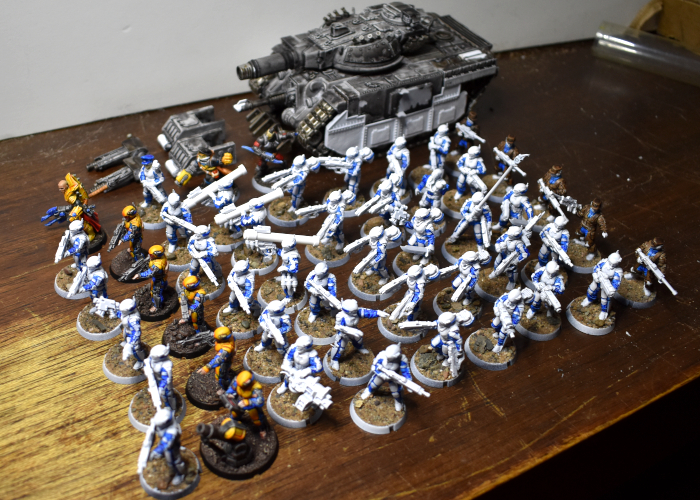 To build your own Psychic Lord of Proxied Doom, pick up the plastic Kaddar Nova kit from the Maelstrom's Edge webstore!

You're viewing a weblog entry titled Modeling Spotlight: Speedpaint Kaddar Nova!. If you like this entry you might want to: