Time to get some paint on!

Despite building a bunch of Forsaken Chieftains for a conversion article a while back (This one!), I hadn't had a chance to get any of them painted up yet, so my Broken force has been languishing without a properly-attired leader for all this time. This week I decided to remedy this situation! 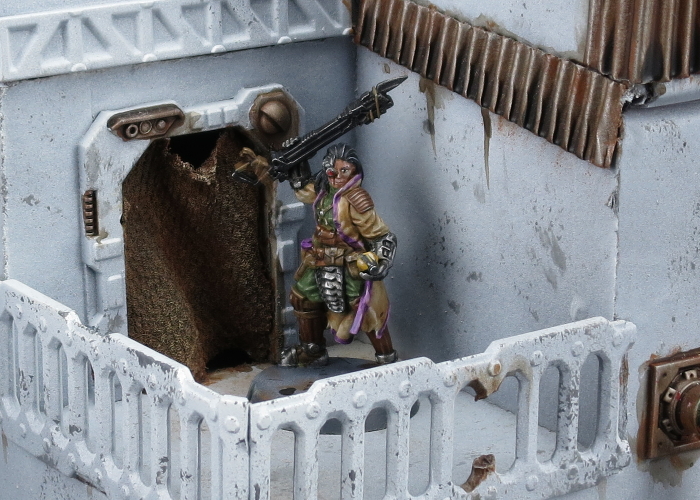 The model painted here was one of the resin conversions featured in the article linked above, with the normal Xeno Spotter and melee weapon replaced with bionic arms holding a Beam Blastgun and a grenade. 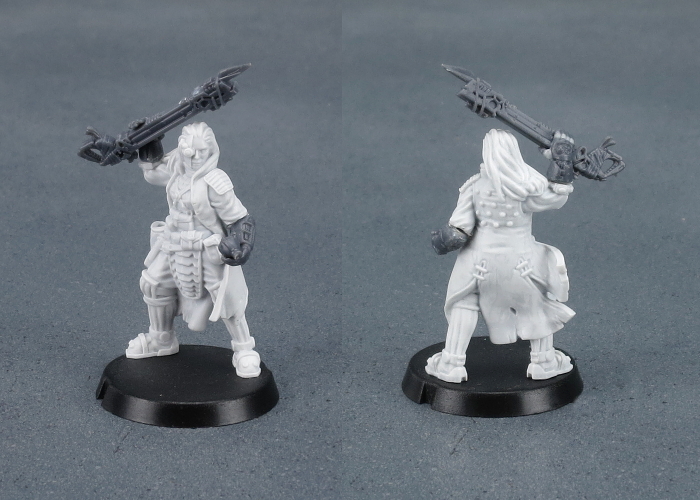 My broken troops were painted with a very quick 'base colours and a wash of brown ink' affair, which was shown in the article way back here. As a force's leader is a bit of a centrepiece, I wanted a paintjob that was going to look like it fitted in with the troops, but was a little more polished. I started out by spraying the model with Army Painter Army Green, as I had with the troops. 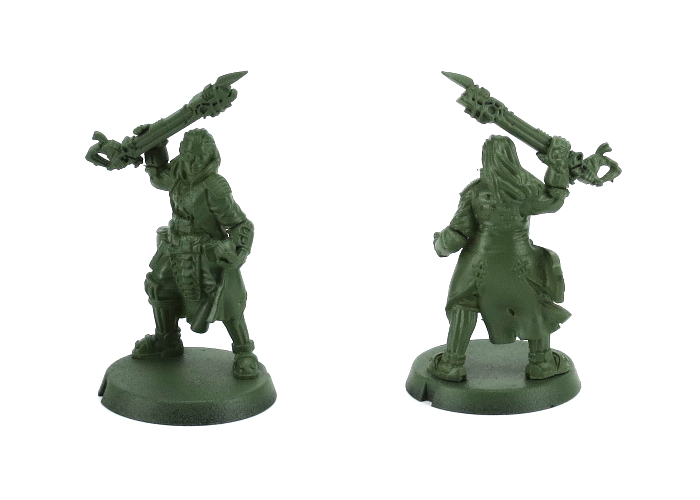 I then picked out the base colours, leaving the army green on the pants and shirt, and painting straps, pouches, boots and armour pads with Vallejo Heavy Brown and Beasty Brown, the coat with P3 Jack Bone, her face with Citadel Tallarn Flesh, and everything else with Vallejo Heavy Charcoal. 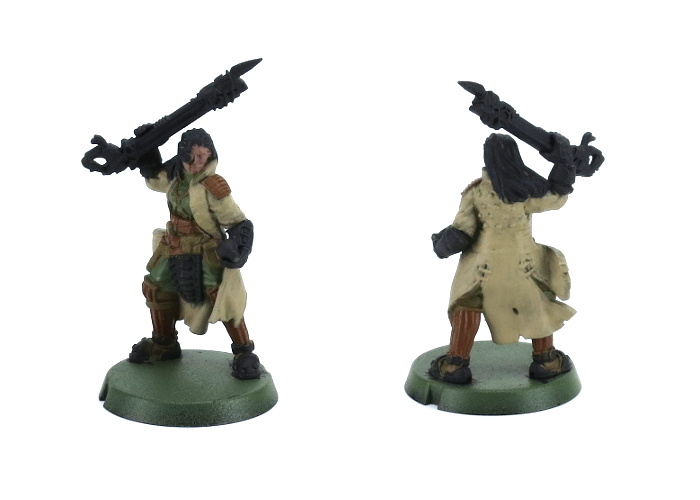 The next step was to add some highlights. I used Coat D'Arms Putrid Green to highlight the creases in the shirt and pants, and followed up with some touches of Jack Bone on the darker brown areas and face, and P3 Morrow White on the coat and lighter brown parts. 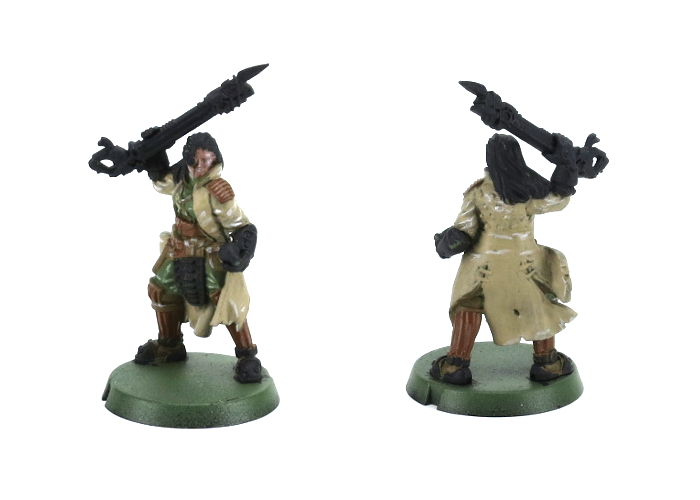 The green was then shaded with a wash of Army Painter Green Tone, and the brown areas and face with Army Painter Strong Tone. While that was drying, I added some white highlights to the hair, and painted the metal areas - the weapon was just given a light drybrush with P3 Pig Iron, and the other metal areas given a flat coat of the same. 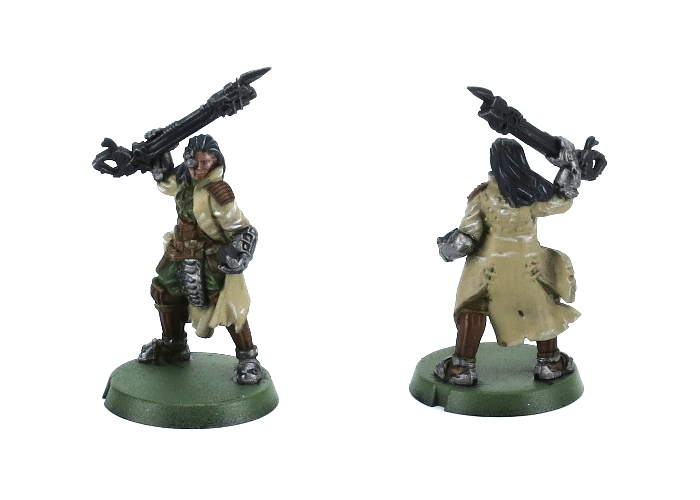 Next up, the metal parts were given a highlight with Army Painter Shining Silver. I also painted the edge detail on the coat with some old Citadel Tentacle Pink, and shaded the coat with multiple light coats of Army Painter Soft Tone painted into the creases and concealed areas. 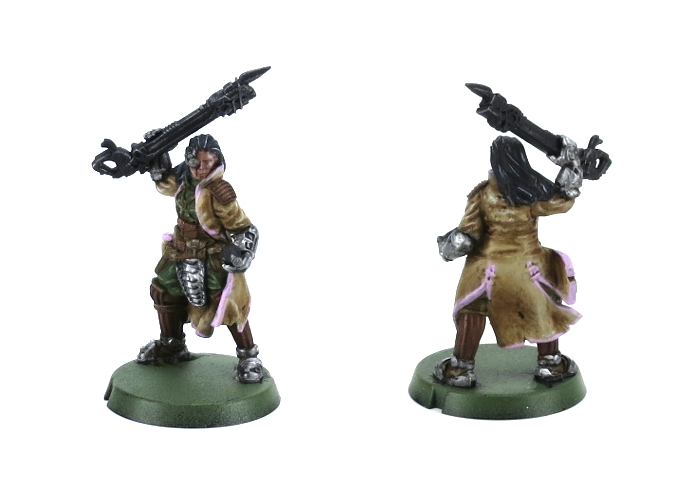 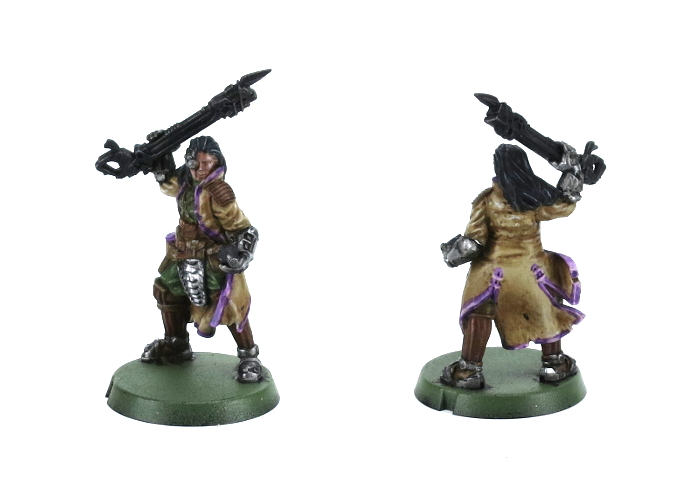 That just left some final detail work - The eye was painted white and a black dot added in the middle. The bionic eye was painted with Vallejo Red and Army Painter Pure Red, with a highlight of white. For the yellow on the grenade, I started with a coat of Citadel Iyanden Yellow, a top layer of P3 Cygnus Yellow, some shading underneath with Soft Tone and a highlight of yellow with a little white mixed in. The straps on the gun were painted with Heavy Brown and given a wash of Strong Tone, as were the cross-straps on the back of the coat. Also on the back of the coat, I picked out the studs with Heavy Charcoal and added a highlight with Shining Silver.

And, finally, the base was painted with the same urban scheme that I've been using for several of my Maelstrom's Edge forces - you can find a how-to here. 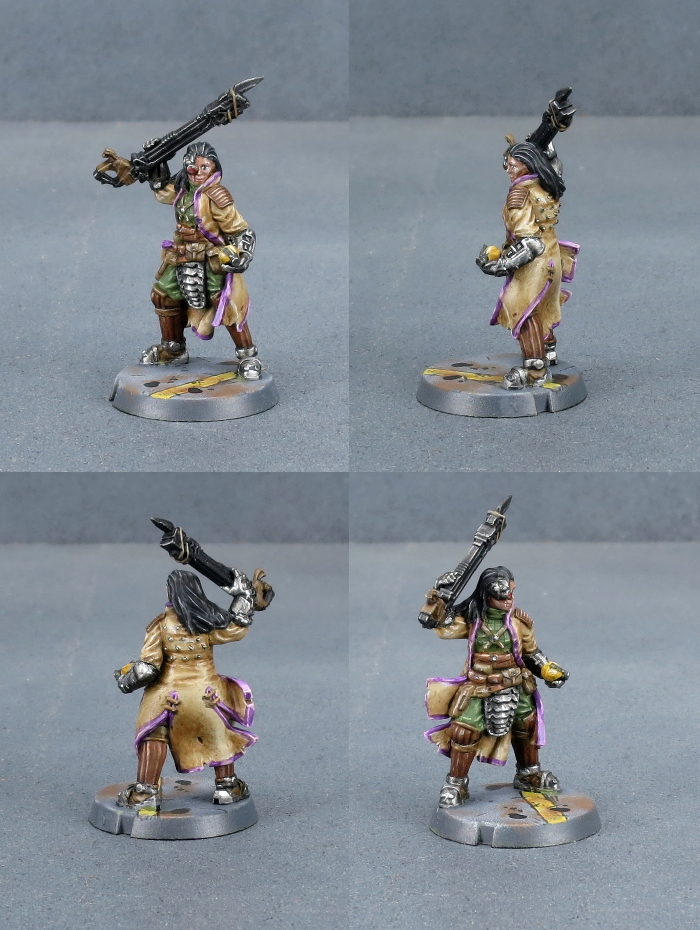 The finished model, leading a Broken force into battle! 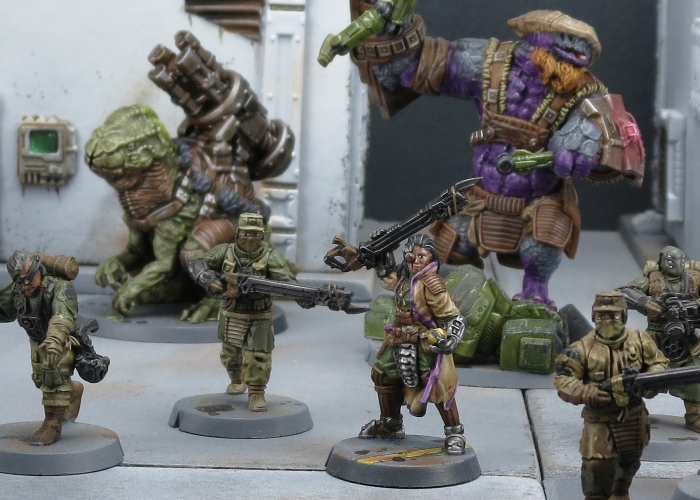 Keen to try putting together your own Broken force? You can find the resin Chieftain model and plastic Broken Infantry used here, along with the rest of the Maelstrom's Edge model range in the webstore here.

You're viewing a weblog entry titled Painting Spotlight: Broken Forsaken Chieftain. If you like this entry you might want to: