This week's modeling article came about more or less by accident! I have a bunch of flight bases left over from the Epirian Drone kit, as it comes with both 45mm bases for Spider Drones, and flight bases for Firefly Drones. I discovered when sorting out some bases in a mixed box of bits that the 25mm round bases fit quite neatly inside the bottom of the flight base, creating a pretty neat little detail effect, and I thought: I need to do something with that!

And so I did - multi-purpose shipping crates: 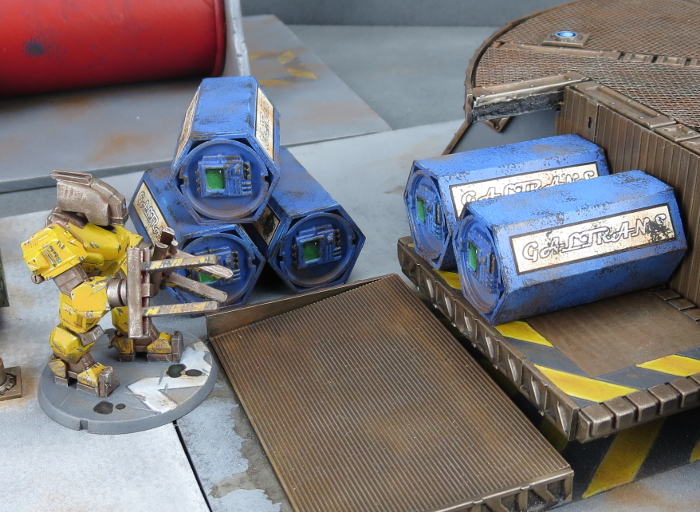 This is a really quick and easy build. You'll need two flight base bottom pieces, two 25mm bases, some thin cardboard (I'm using part of a manilla folder here, but cereal packet or similar thin card or even some thin plasticard would do just fine) and a computer terminal from the Maelstrom's Edge terrain sprue. That last bit is optional, as the crates will still look perfectly functional without it, but it does help to finish it off and give it that definite sci-fi stamp! 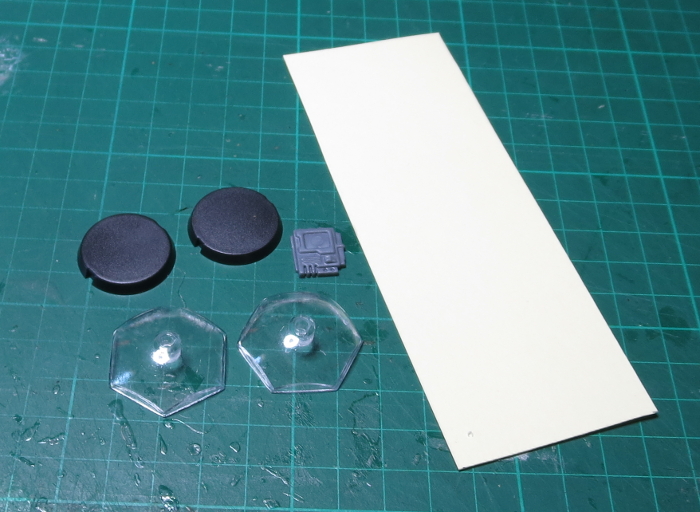 First, cut the cardboard into a strip - the width of the cardboard is the length of the crate. I've gone with 50mm long crates, as that seemed like a good size, but you could make them longer or shorter (or even do a mix of sizes) if you choose. Mark out six 15mm increments along the strip and lightly score with a sharp hobby knife, and cut the cardboard off about 5 or 6mm past the last one. Cut the corners of that last, shorter increment off at 45 degrees, as below: 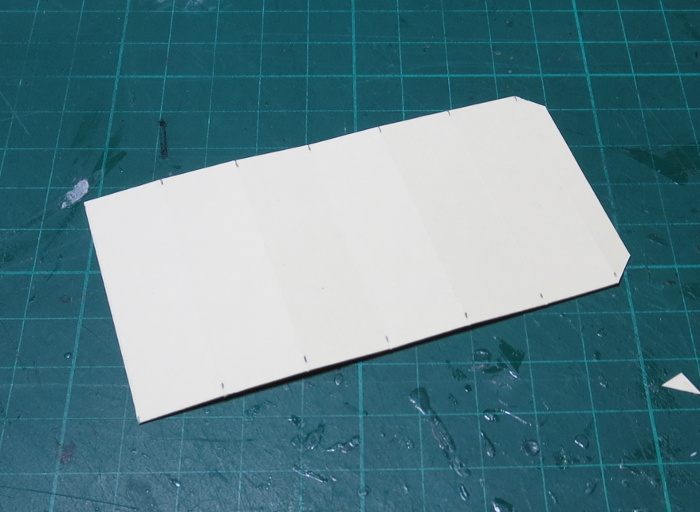 Fold along each score line to create a hexagonal tube. 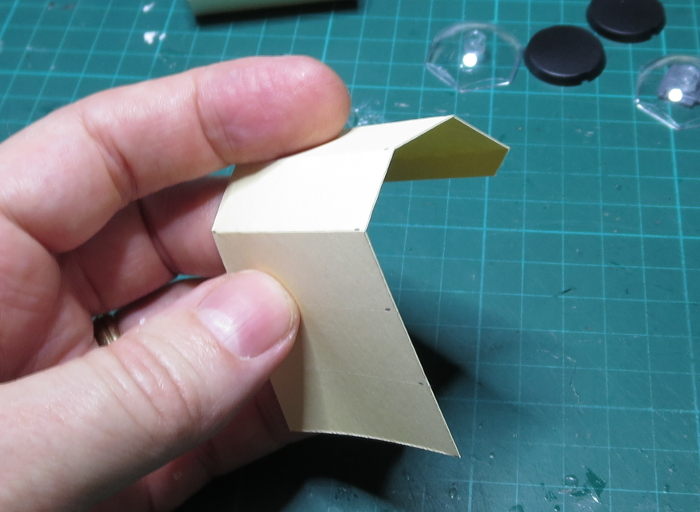 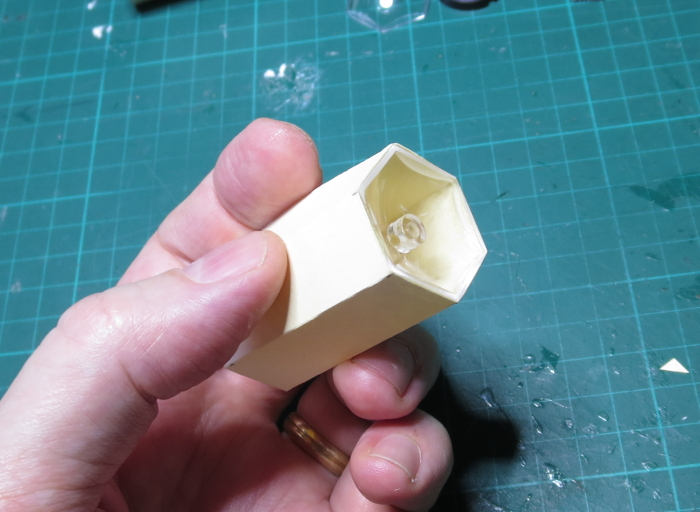 Repeat for the other end, and this time also glue the short tab on the end of the cardboard inside the corresponding edge of the tube. 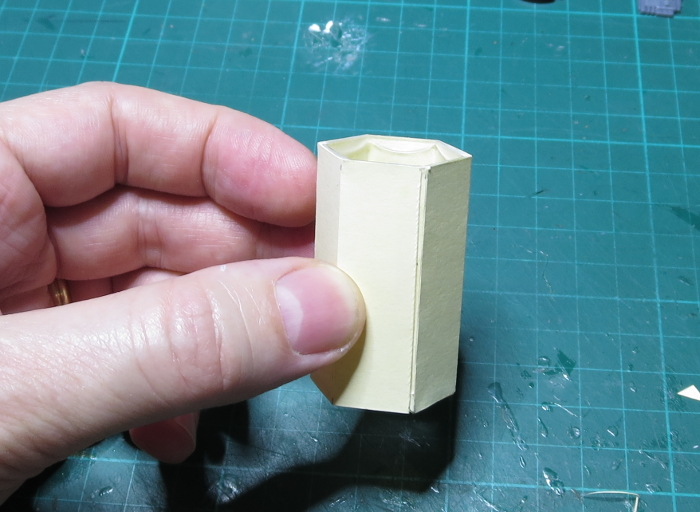 Glue a 25mm base, bottom facing out, inside each of the flight bases. The arc markers on the 25mm base line up with two corners of the flight base. If you're not using Maelstrom's Edge bases for this, it still works, you just won't have the extra bit of detail from the arc markers. Some bases also have branding stamps on the bottom - you could use these the other way around, for a slightly different look. 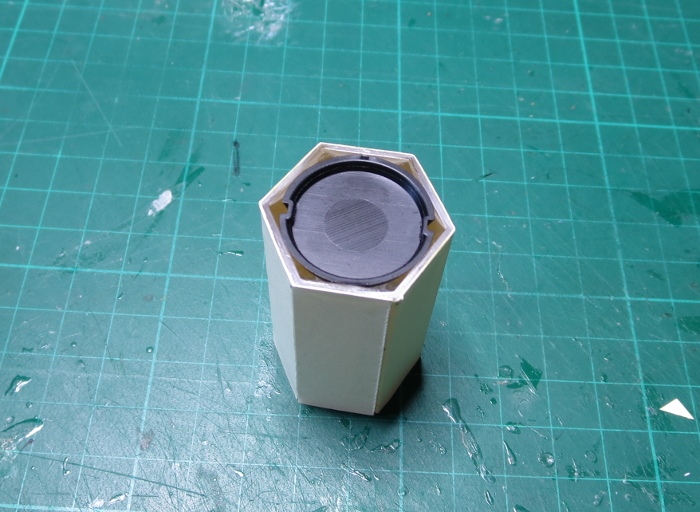 Finally, glue the computer terminal in one end. 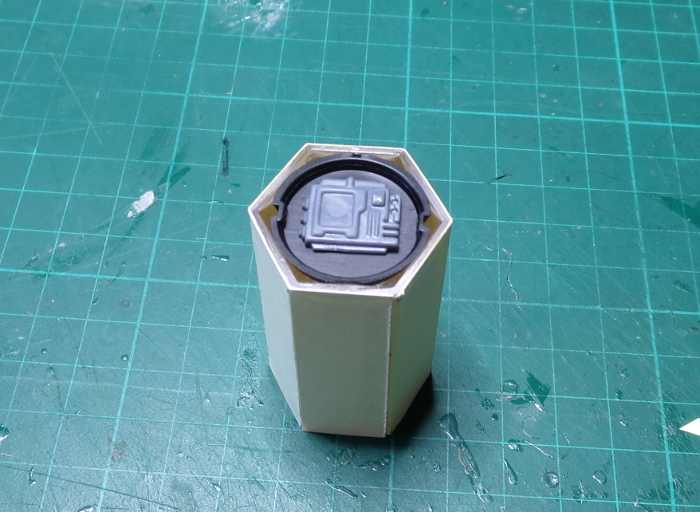 Add some paint, and your cargo crates are ready for the table! 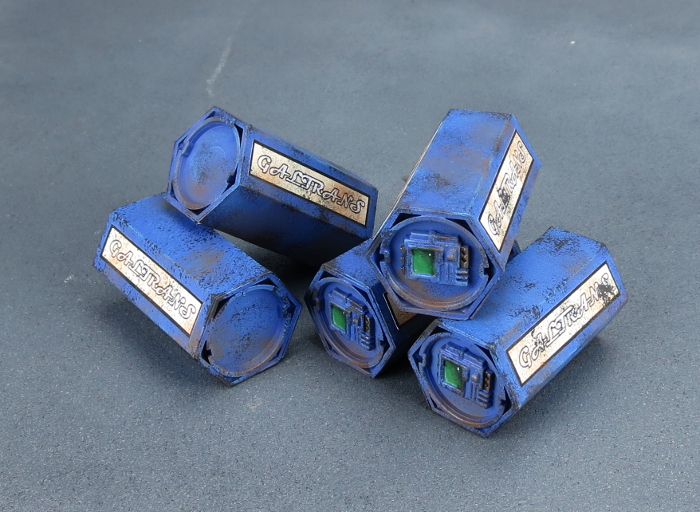 Printing out some shipping company names and gluing them on the sides is a great way to add some extra detail and make them look authentic! 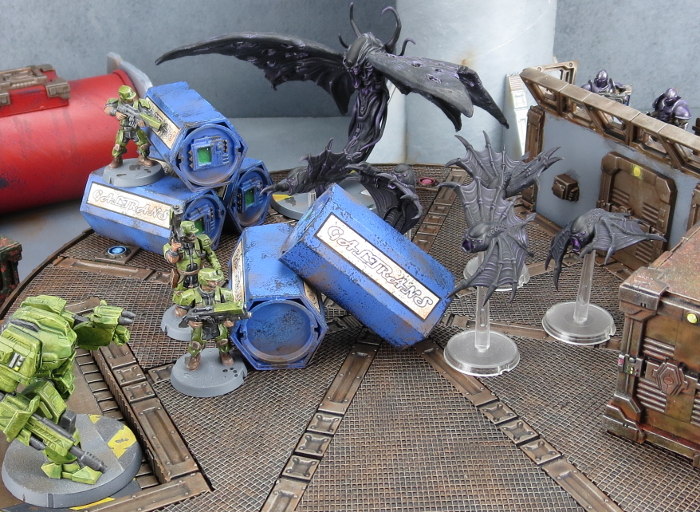 Very nice, the black scratched paint effect is awesome. Anymore on how you achieved the paint effect?

The paint scratches were applied with a sponge - check out the tutorial here: http://www.thecommguild.com/roller/thecommguild/entry/painting-tutorial-sponge-weathering

You're viewing a weblog entry titled Terrain Tutorial: Flight Base Shipping Crates. If you like this entry you might want to: