I've spent the last couple of weeks happily playing with the new Maelstrom's Edge terrain sprue and building up a nice collection of delapidated buildings for my Broken force to defend - or loot, as the mood may strike them! This week, however, I thought I might take a break from painting rust and see how something a little better maintained might look with the new components to hand. 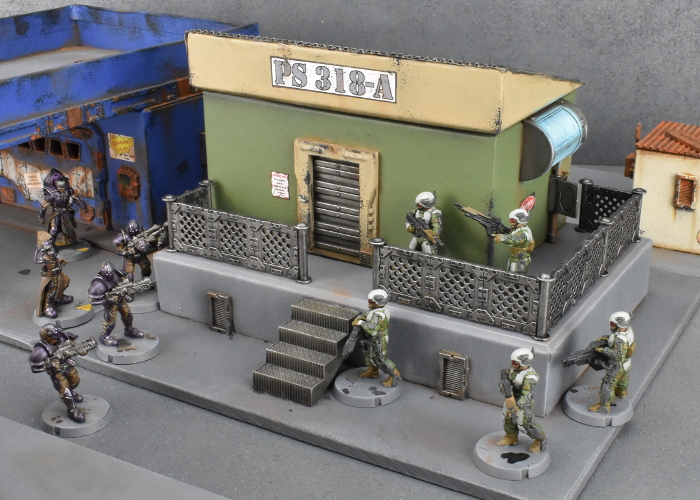 I have turned to the ever-useful discount store cardboard gift box for this build. These boxes are perfect for creating buildings, as they come in a wide range of different sizes, are inexpensive, and are quite solid. 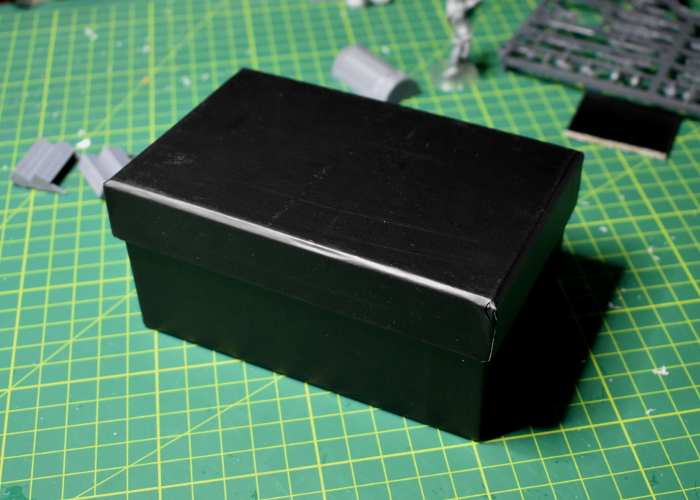 I started by flipping the box upside down, and cutting a hole in the side for the door frame from the terrain sprue by tracing around the back of the frame and then cutting with a sharp hobby knife. For the door itself, since I wanted something that wasn't all patched up, I went with a shutter-style door made from pieces cut from the support struts from the original terrain sprue. 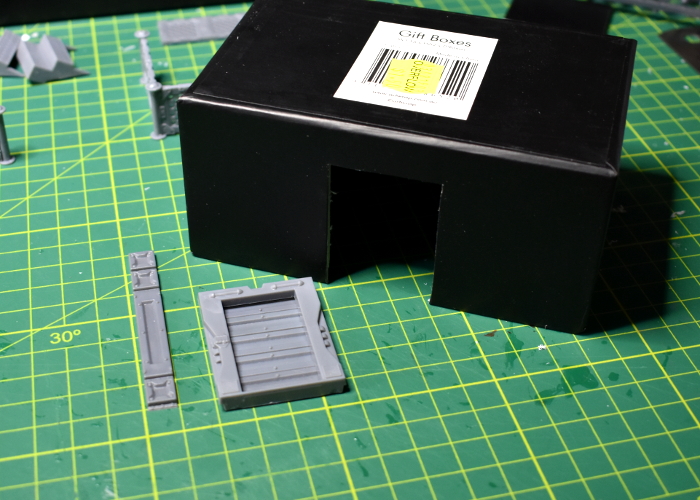 My previous giftbox buildings have generally had flat roofs, so I decided to make this one angled, just for something different. I took the lid of the box and cut the sides away at a diagonal along the short edges. 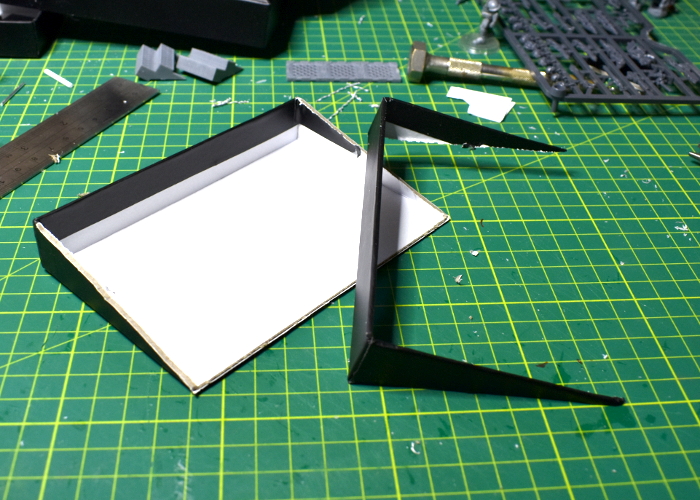 I glued the lid upside down onto the bottom of the box (the top of the building, since the box is upside down!), glued the cut-off pieces of the short edges into the middle for reinforcing, and then stuck a piece of corrugated cardboard on top. I also added the vent windows on two walls, tracing and cutting as with the door frame. 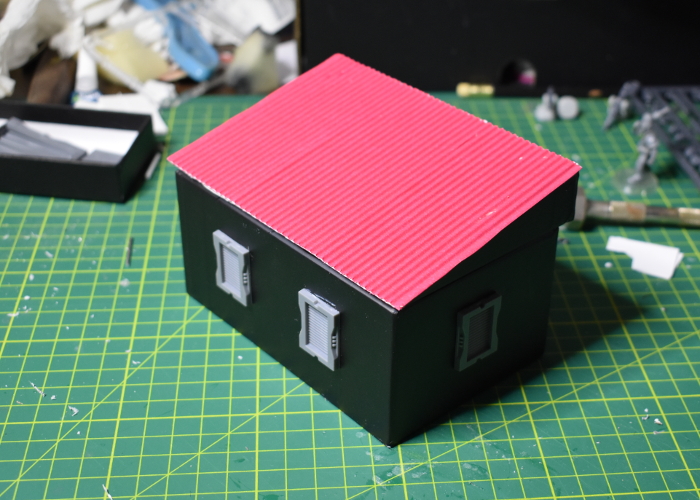 To make this building stand out some more, I wanted to put it on a raised slab. For this, I used the lid of a larger giftbox. 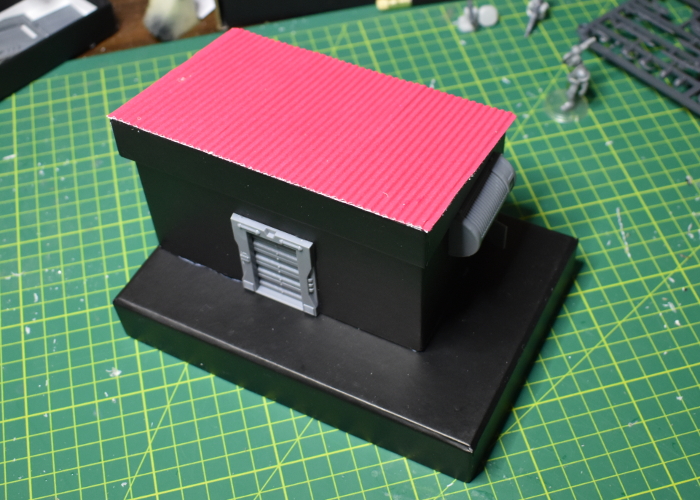 On the so-far blank short wall, I gave the building some independent power using the generator from the new terrain sprue and linking it to the control box using some plastic tube and aluminium rod. 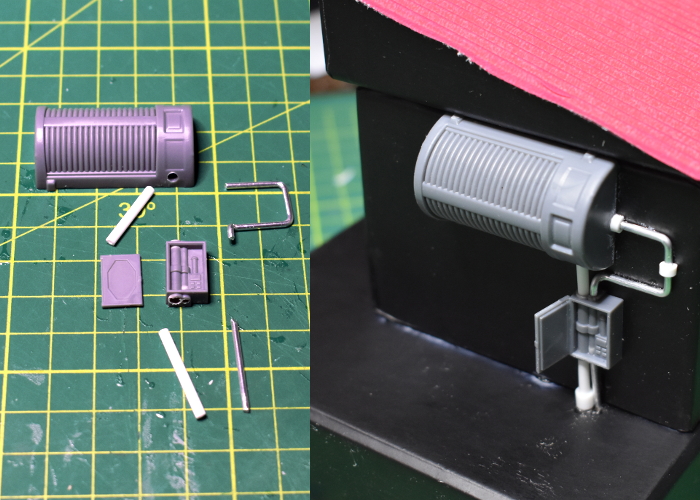 To finish up, I glued the base slab to a piece of hardboard, and added some stairs and small vents from the terrain sprue. I also fenced in the top of the slab using the upright posts and grating pieces, which fit nicely around the edge. 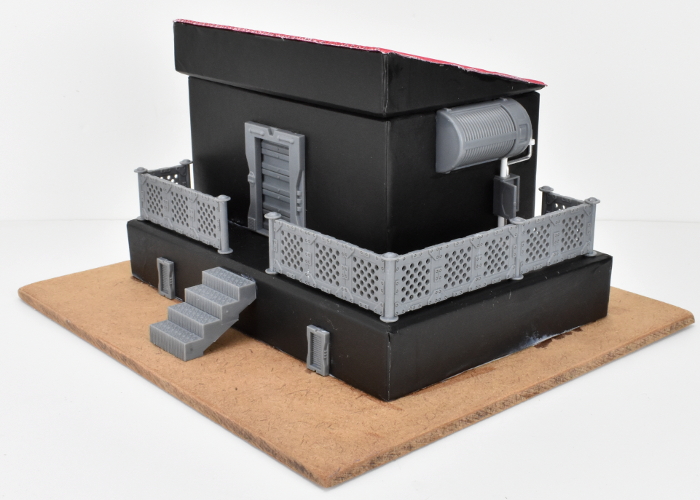 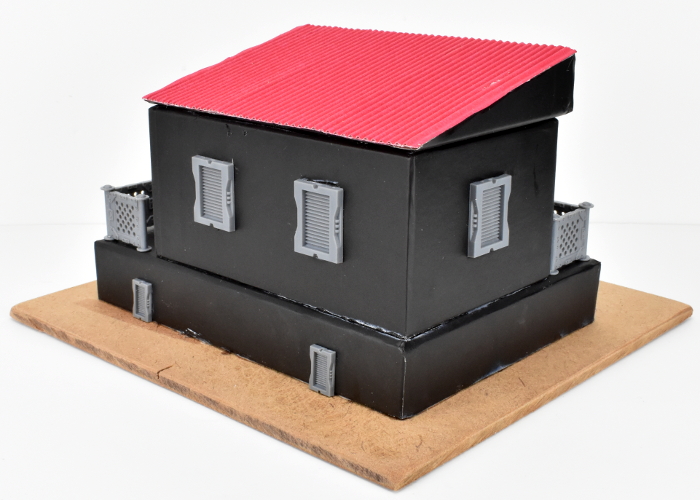 With some paint on, the finished building looks like this: 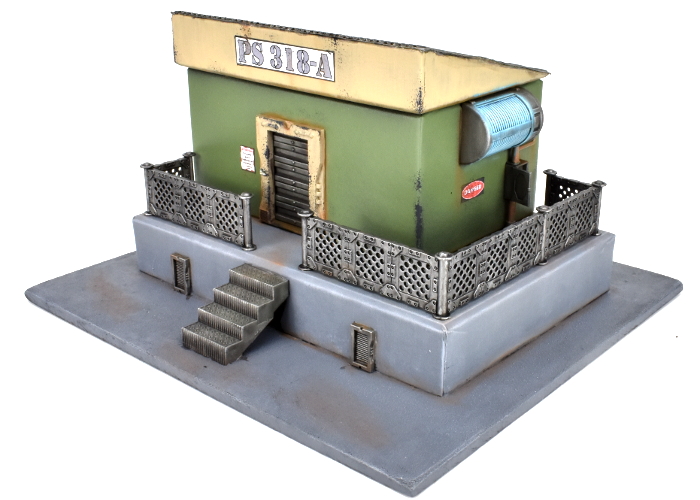 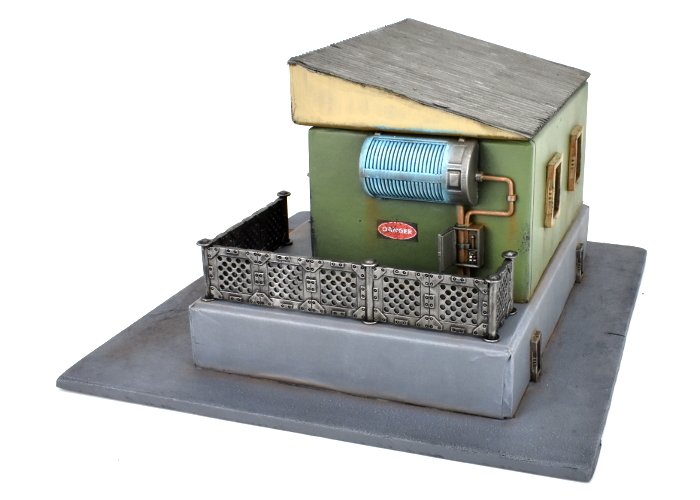 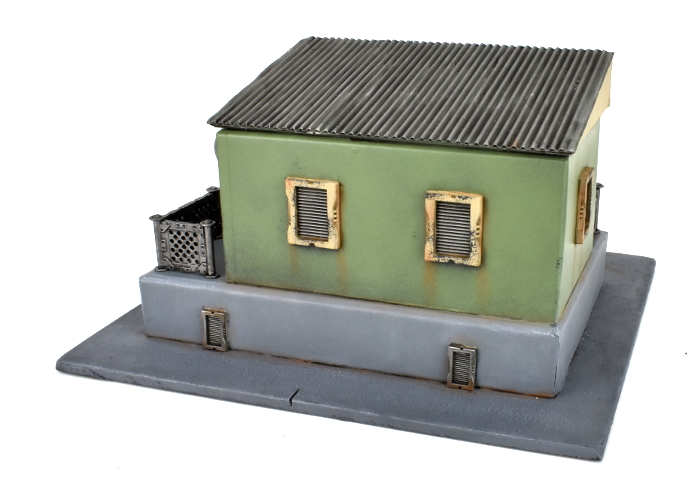 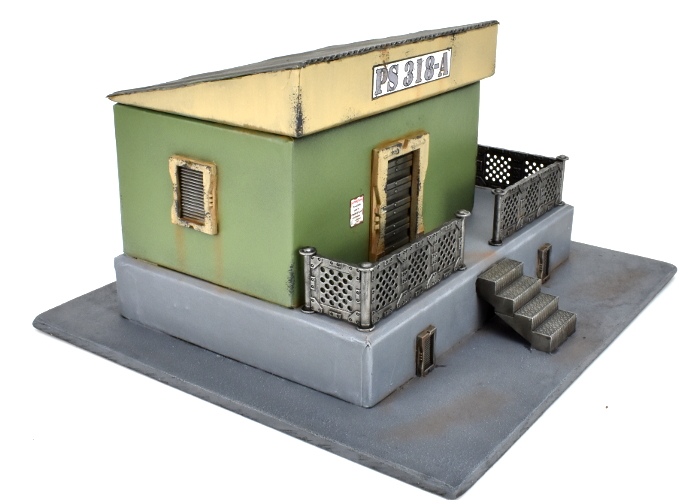 The new terrain sprue will be available from the Maelstrom's Edge webstore here from October 7th!

In the meantime, feel free to share your models and terrain, or ask any Maelstrom's Edge- or hobby-related questions on the Comm Guild Facebook page!

You're viewing a weblog entry titled Terrain Spotlight: Raised Building using gift boxes and the new terrain sprue!. If you like this entry you might want to: