Building as much terrain as I do, I go through a lot of paint. Going through a lot of paint obviously results in a lot of empty paint bottles, and it always seems a shame to just throw them out. It's handy to hang onto a few for mixing colours. I also use an Army Painter dropper bottle for adding water to my palette, and another for dishwashing liquid for wet blending colours. This week, though, I thought I'd see what I could come up with for using up a few more of the bottles piling up in my 'I really should throw this lot out' box. This fuel storage pylon is the end result. 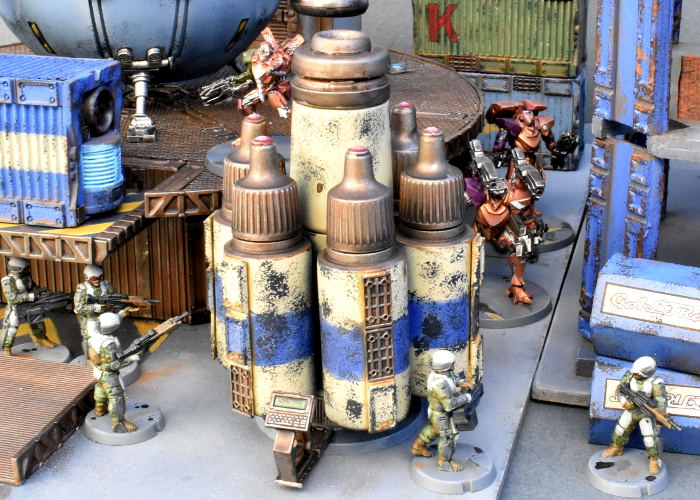 I use a lot of Army Painter Strong Tone in my painting, so had accrued a pile of empty dropper bottles. These, I decided, would be the bulk of the structure, as I love the shape of the tops. 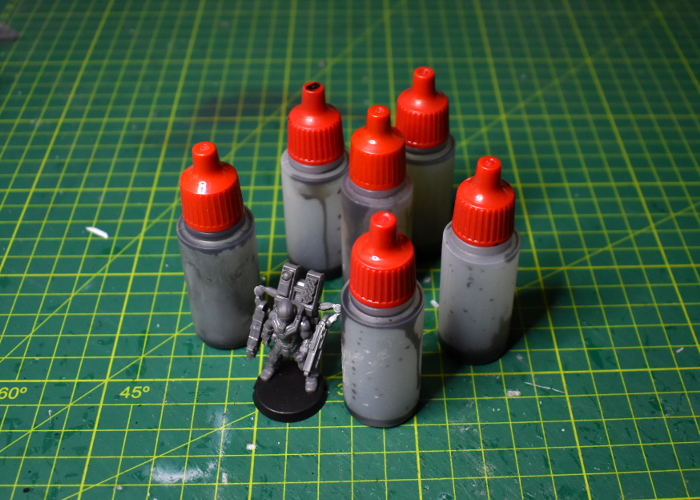 To jazz them up a little, I took a bunch of reinforcing struts from the 2nd Maelstrom's Edge terrain sprue. These, trimmed down to three sections each, fit perfectly up the sides of the bottles. 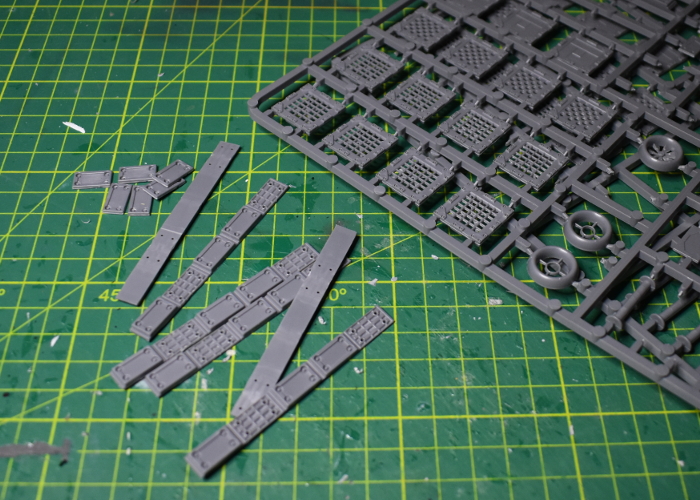 For the core of the pylon, I took an old P3 paint bottle, and a tub of glitter from a pack I bought a while back as I thought they were a useful shape. After emptying out the glitter and purging it with fire (the only sensible thing to do with glitter) I glued the two together with some 'Power Grip' glue, and also added an exhaust fan from terrain sprue #2 to the top. This created a tall pillar that I could glue the dropper bottles onto. I initially used the Power Grip to glue the dropper bottles onto the glitter tub, but found that the much softer plastic of the droppers didn't adhere well - they fell off if knocked at all. So I reglued them with superglue with an 'all-plastic' primer, which seemed to do the trick. 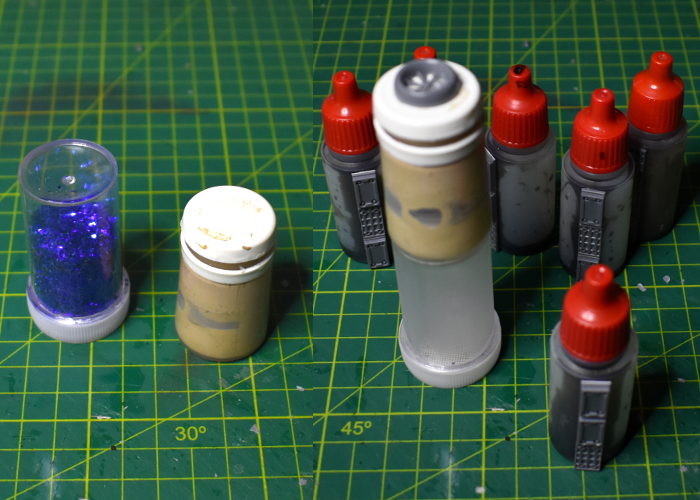 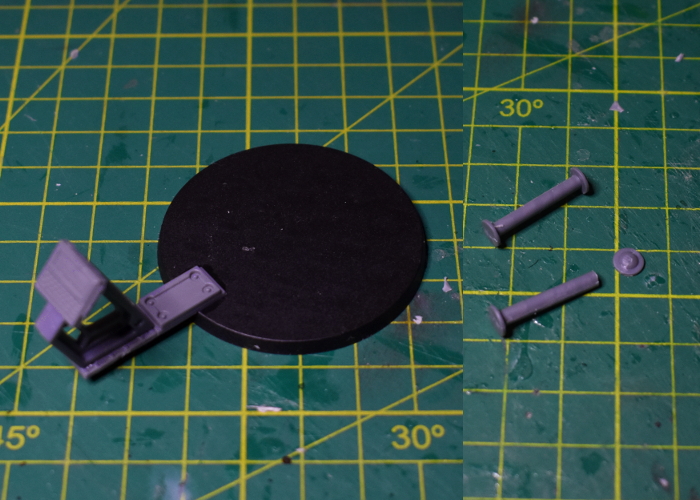 With some paint on, the pylon looked like this: 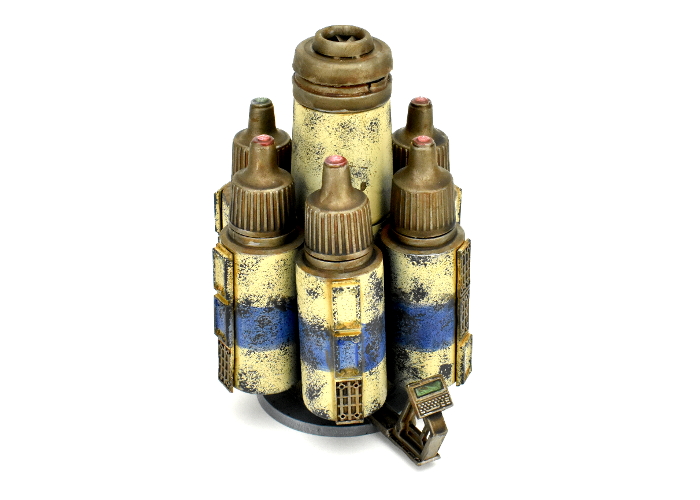 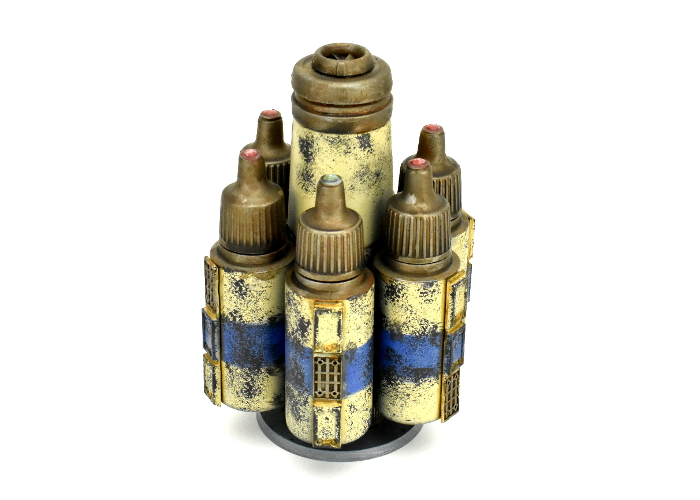 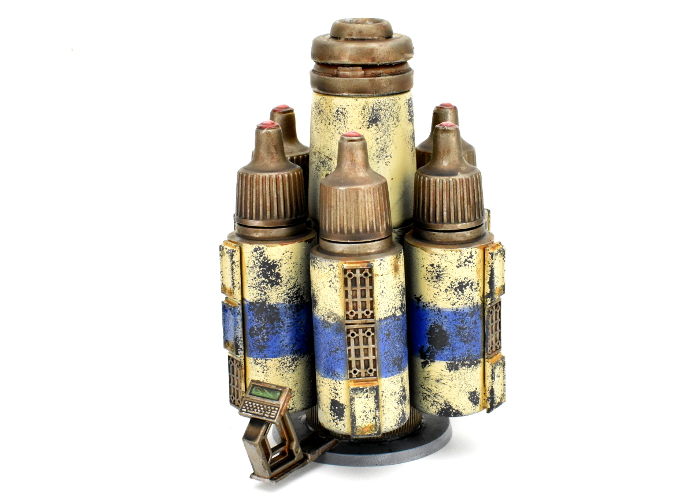 With the paint on, the origin of the parts is still rather obvious. That's not always a problem, particularly for those of us who started off our terrain collections back in the day by just spraypainting whatever interestingly-shaped junk we came across... I would possibly consider adding a ring of plasticard around the top of the dropper bottles, or some piping running from the bottles to the core, if I build any more of these.

To build your own paint bottle fuel pylon, you can pick up the terrain sprues along with the rest of the Maelstrom's Edge model range from the webstore here.

Brilliant thanks for sharing

You're viewing a weblog entry titled Terrain Spotlight: Paint Bottle Fuel Pylon. If you like this entry you might want to: