Pet supplies can be a fantastic source of supplies for terrain projects. Previously, I've shown some alien forest terrain made from silicon aquarium plants, and more recently a spherical space ship constructed from a plastic rodent ball with detailing from the Maelstrom's Edge terrain sprues. For this week's article, I came across a plastic hamster igloo on Amazon that looked just perfect for turning into a hazardous environment building.

The igloo is a single piece of moulded plastic. They come in a few different sizes, but this one seemed like a good starting point for a small habitat building or utility building. 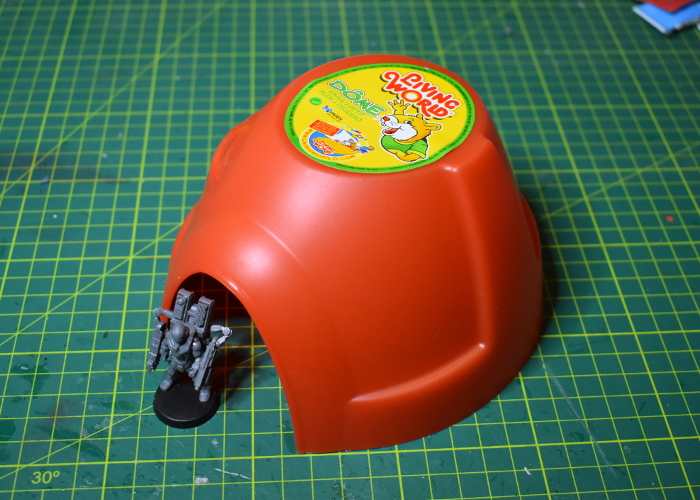 This build really didn't need a lot of detailing, but at the very least it needed a door. I took a piece of 3mm foamed PVC, and sat it against the doorway of the igloo. This formed a handy guide for me to trace around with a pencil, about 5mm out from the doorway. 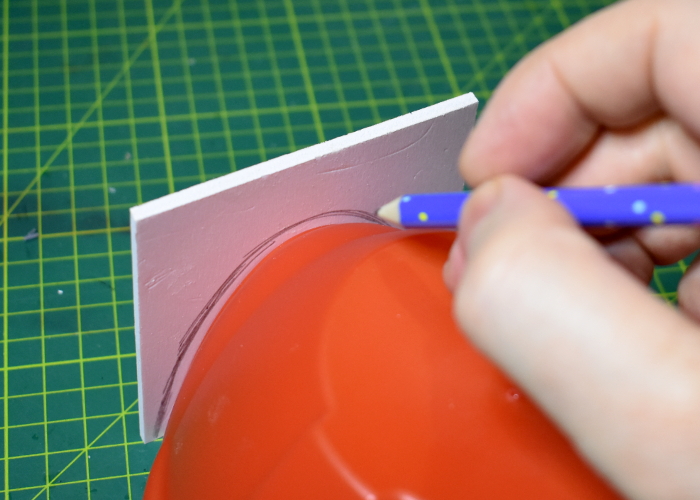 Using an exacto knife, I cut along the pencil line at an angle, so it would sit neatly inside the doorway section. Then I took a door from Terrain Sprue #1, used it as a guide to cut a rectangular hole for it in the middle of the PVC panel, and then glued the door in place. I also cut a small piece of plasticard to size and glued it into the window hole. 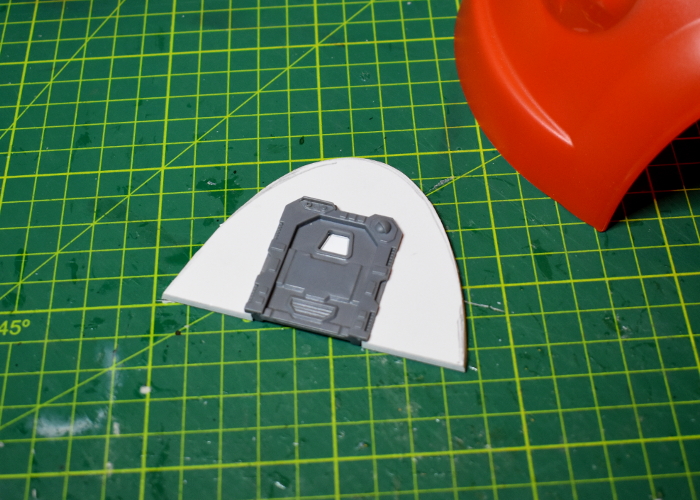 Using a heavy duty 'Power Grip' glue, I glued the door in place inside the igloo doorway. I left the rest of the structure as is, to keep things simple, aside from adding an exhaust fan on the roof to conceal the plastic injection point from the manufacturing process. This was made from the large pipe fitting from Terrain Sprue #1, and the fan from Terrain Sprue #2. 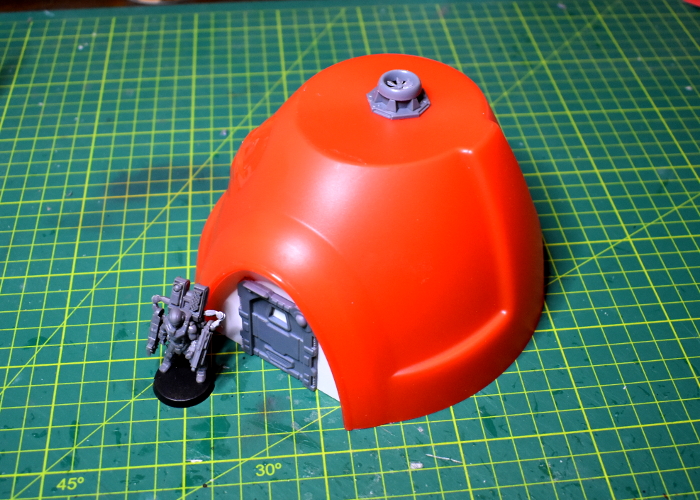 That just left painting. I sprayed the whole thing inside and out with AK Interactive Rust Basecoat. This gave a consistent colour base for the rest of the paint, and including the inside was intended to make sure the plastic igloo was fully opaque. I then sprayed with Army Painter Gun Metal, and then added a light coat of Army Painter Platemetal to highlight everything. While I wanted to keep things fairly shiny overall, I added a light drybrush of Vallejo Beasty Brown in to the creases to give things a little definition. With some blue and white for the window and door light, and a final red lens on the door sensor, the building was ready for the table. 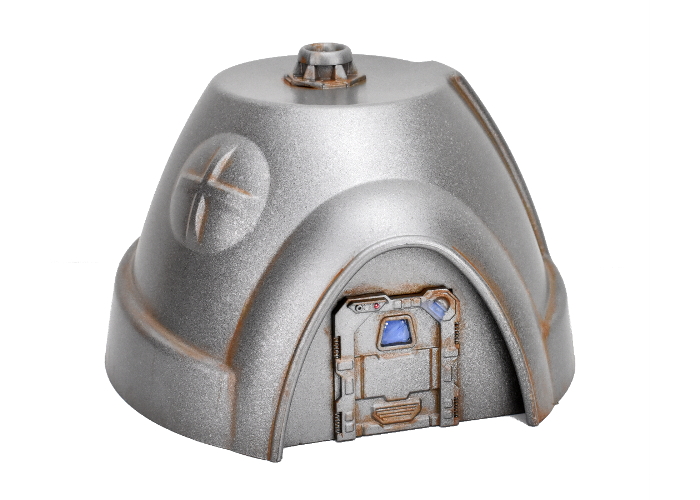 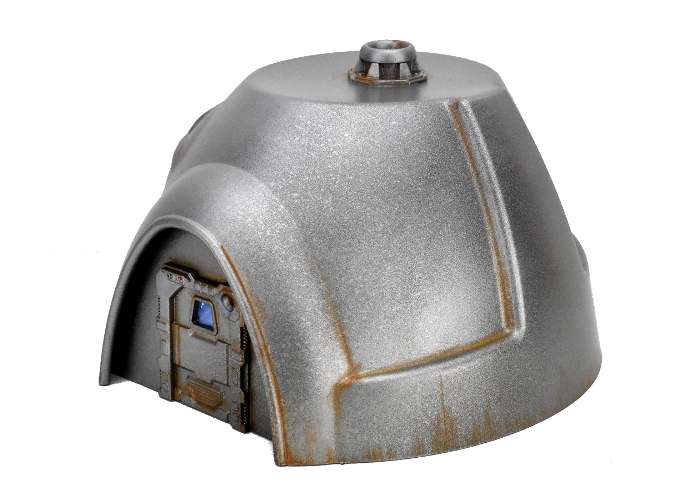 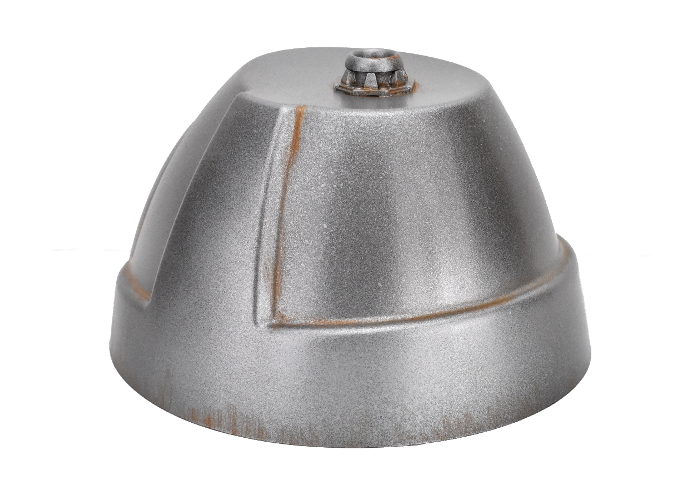 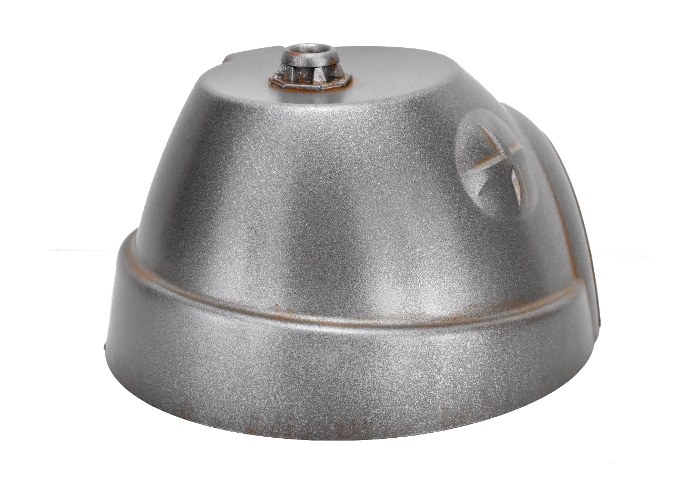 To build your own environment building, you can pick up the terrain sprues along with the rest of the Maelstrom's Edge model range from the webstore here. 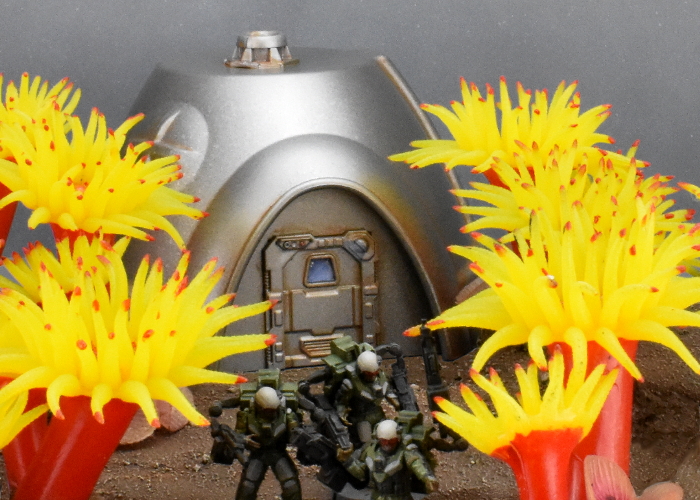 You're viewing a weblog entry titled Terrain Spotlight: Hamster Igloo Environment Dome. If you like this entry you might want to: