Sometimes, it's fun to build something just for the sheer joy of building it. This week's modeling project is one of those. I have always loved the rather silly and impractical design of the ball tank, and it occurred to me while looking at some bits that it wouldn't be too difficult to make one. And so I did. 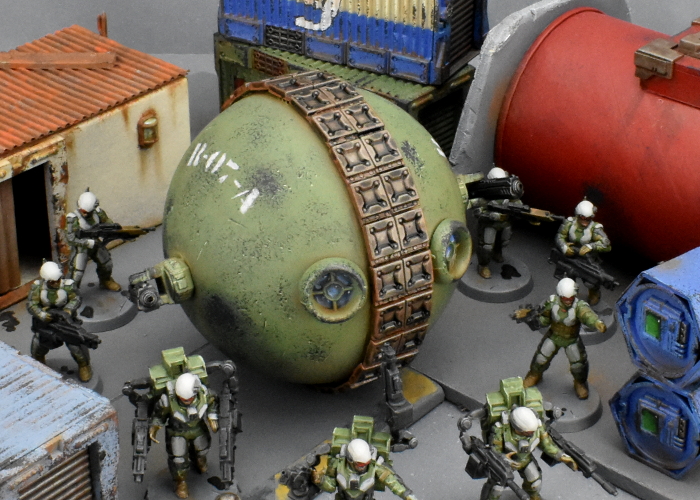 The core of a ball tank is, rather unsurprisingly, a ball. For this one, I used a DIY Christmas bauble that I picked up a while back. 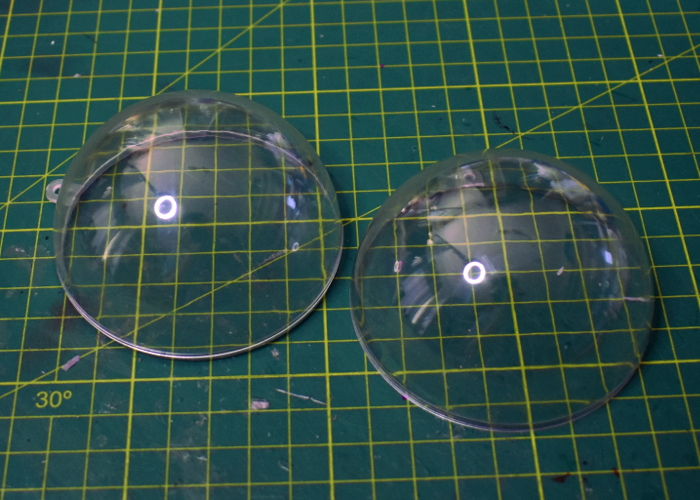 For the tracks, I used a whole bunch of square segments cut from the support struts on Terrain Sprue #1. 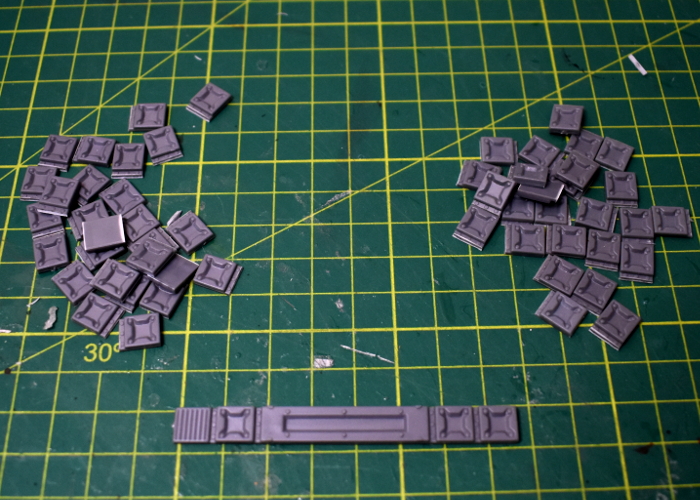 To help the paint and glue stick, I gave the outside of the ball a light sand, and then I sprayed the inside of the ball with primer. This helps to make it more opaque, and stops things from looking weird if the outside gets scratched. Then I glued the track segments in pairs around the join line. 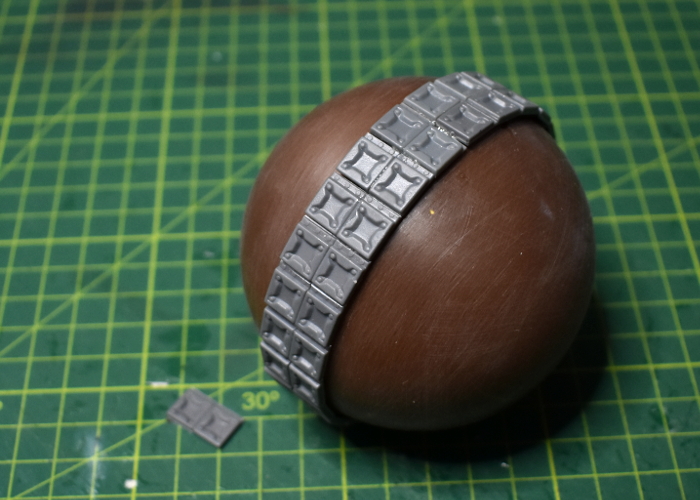 A tank needs guns. I took two weapon mounts from Terrain Sprue #2, and added a couple of pulse cannons taken from the Karist Tempest Elite sprue. 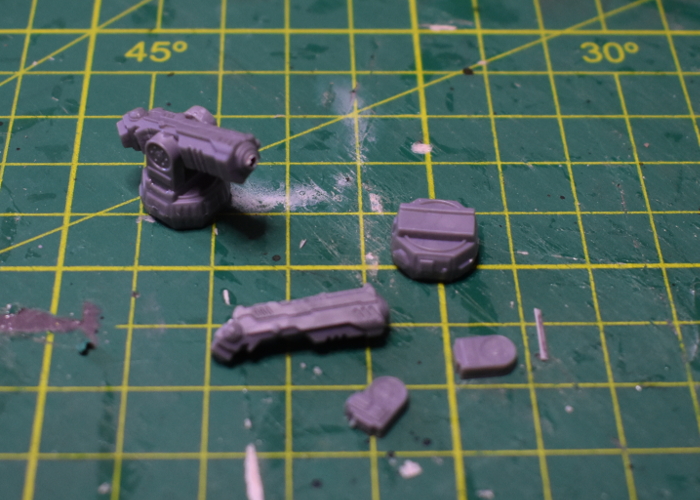 I wanted some obvious viewports on the front, so took a pair of portholes from Terrain Sprue #2 and pressed them down on the top of a paint pot to make the back concave. 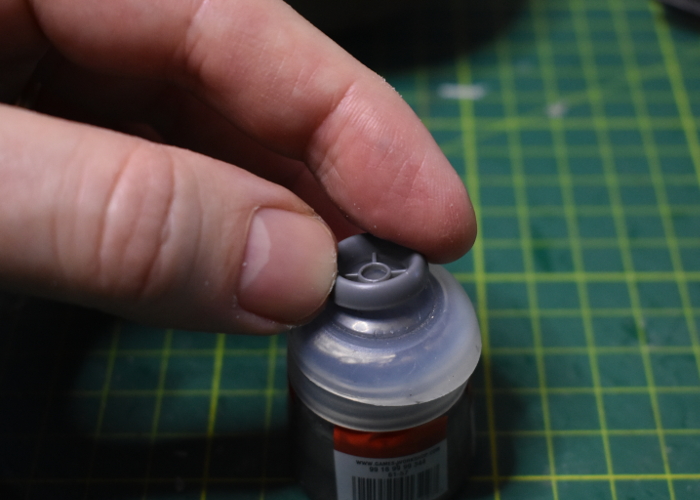 With the portholes and weapon sponsons glued in place, the tank was ready for paint! 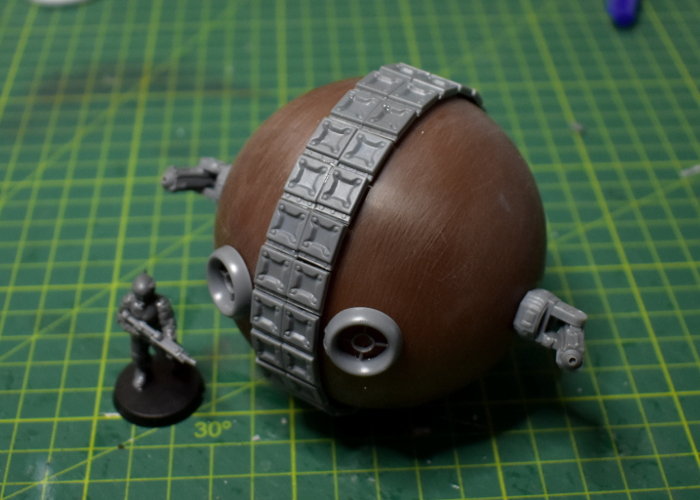 I painted the tank with Army Painter Army Green spray, adding weathering with a sponge of Vallejo Heavy Charcoal and highlights of Coat D'Arms Putrid Green. The tracks were basecoated with Vallejo Beasty Brown, drybrushed with Citadel Boltgun Metal and then washed with Army Painter Dark Tone. 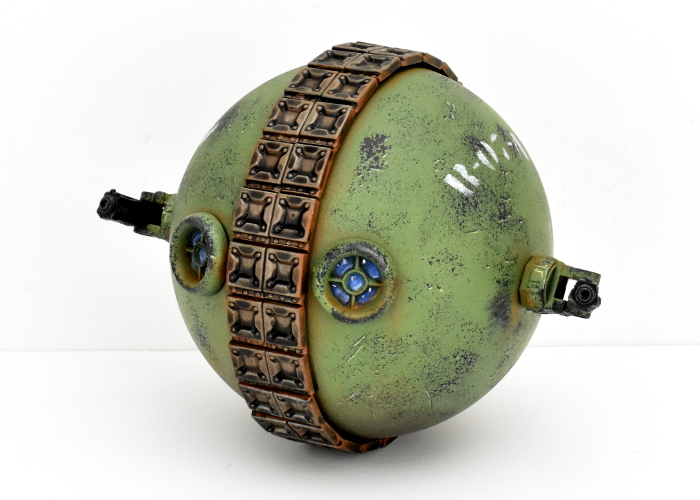 The viewports were painted with a blend of Army Painter Ultramarine Blue and white. 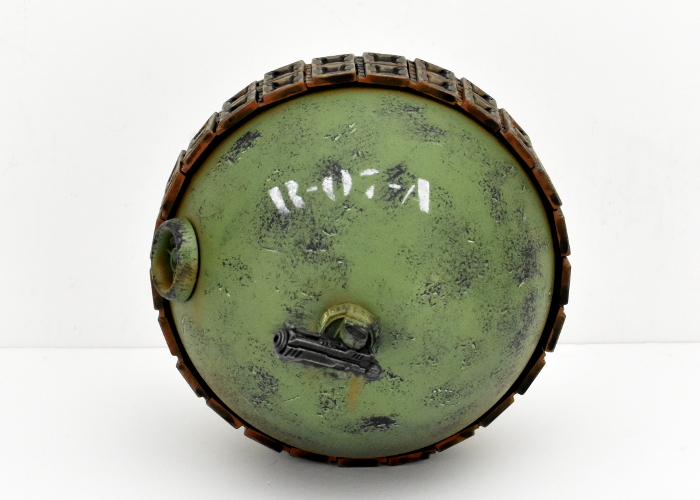 The weapons were painted with Army Painter Heavy Charcoal, drybrushed with Boltgun Metal and washed with Dark Tone. 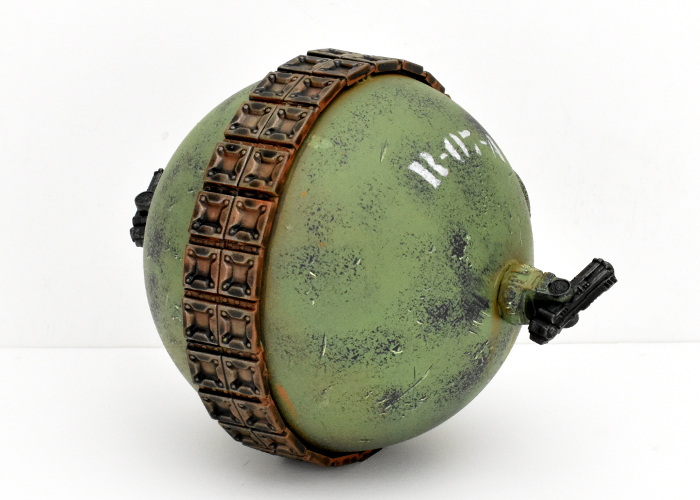 For the final details, I added the tank number on the side using a decal I printed and cut out, stippling over the stencil with Army Painter Ash Grey and white, and then added a light drybrush of Beasty Brown around the edges of the tracks and the sponsons. 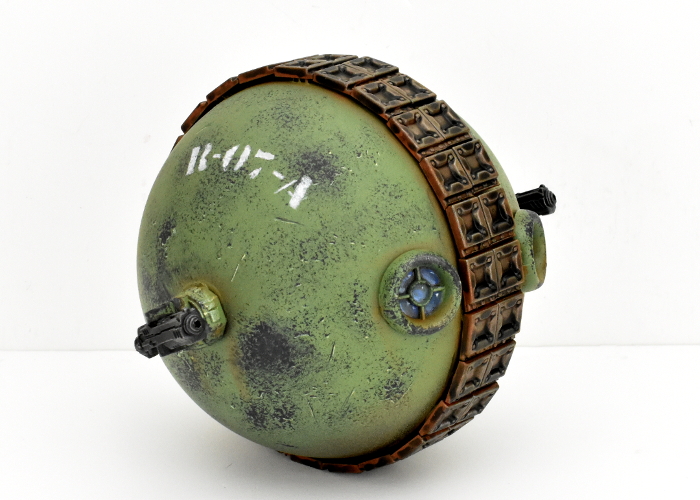 To build your own ball tank, you can pick up the terrain sprues along with the rest of the Maelstrom's Edge model range from the webstore here.

For other kitbash ideas, modeling tutorials, army spotlights and conversion walkthroughs, check out the Hobby section of the Maelstrom's Edge website here.

You're viewing a weblog entry titled Modeling Spotlight: Christmas Bauble Ball Tank. If you like this entry you might want to: