The Kaiser Industries OR-8 'Gaterunner' was originally designed as a small freighter. Sales were initially poor due to its limited cargo space compared to other ships in its class, combined with a lack of artificial gravity and other 'non-essential' crew-comfort systems in the interests of keeping the ship's mass as low as possible. Despite its ungainly appearance, the OR-8's speed and manoeuverability were excellent, however, resulting in the ship becoming popular with short-ranged couriers who used them primarily for 1- or 2-gate hops between systems. With the coming of the Maelstrom, many of these couriers were pressed into service as evacuation craft, with their non-pressurised cargo holds retrofitted to accomodate sleeper capsules.

This was a project spawned by a rodent ball habitat dome idea shared by Patrick Keith a while back on the Counterblast Facebook group. I had originally intended to do something similar, but when I received my ball it turned out to be a little smaller than I had pictured. While I was figuring out whether or not I needed another small hab dome alongside my salad bowl domes, I decided that the markings on the ball made for nice detailing for a cool ship design. And so the OR-8 was born! 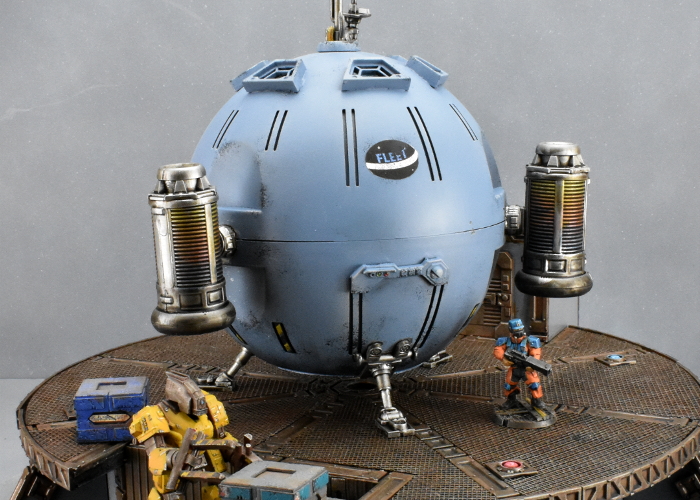 As mentioned above, this all started with a plastic ball for exercising pet rodents. 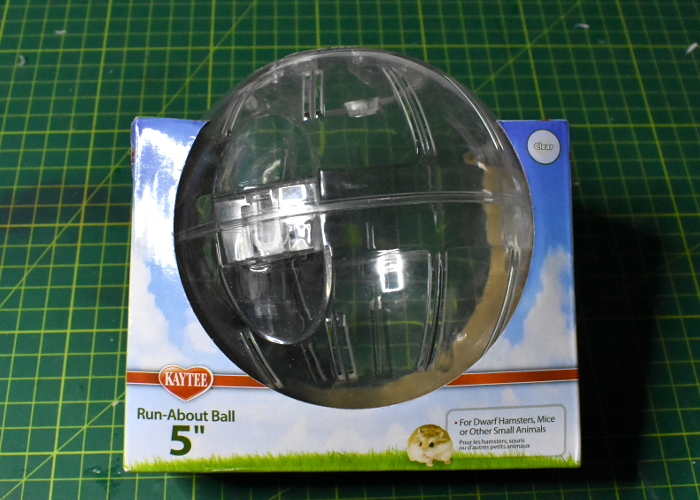 I started out by giving the outside of the ball a light sand with fine sandpaper. This breaks the shiny outer surface of the hard plastic, giving glue and paint a better surface to which they can stick. 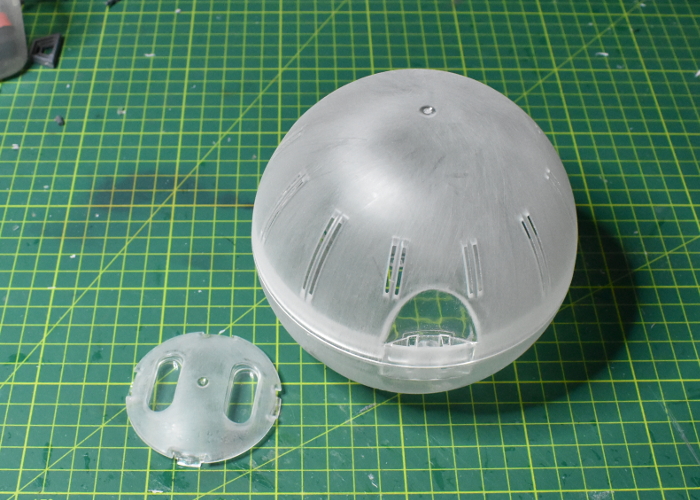 Next up, I sprayed the inside of the ball with a grey primer. This doesn't have to be a flawless coat, as it won't really ever been seen - it just provides a grey surface instead of a clear one, so if the paint on the outside gets scratched over time, things don't start to look a bit weird. Once this paint was dry, I also stuck strips of duct tape on the inside to cover over the vertical airhole strips. 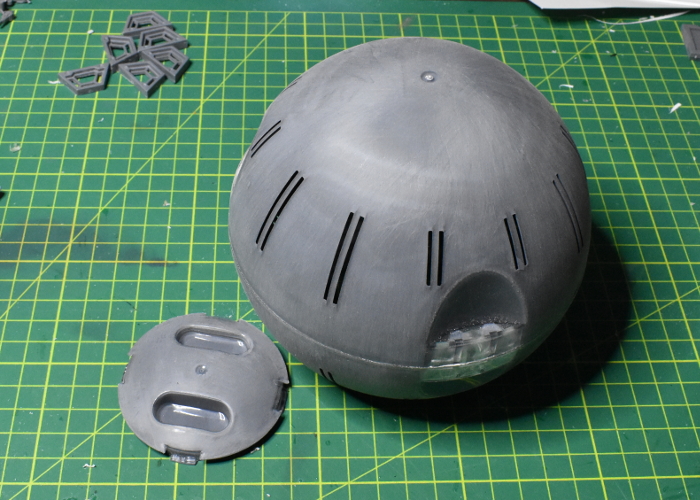 From there, it was time to start detailing. I used some parts from the Maelstrom's Edge terrain sprues and a little plastic tubing to construct three telescoping legs, which I glued onto the ball just above the access hole. I also cut the top strip off a door and used a few more parts from terrain sprue #2, positioned above and below two of the longer airhole strips to make a closed access ramp. 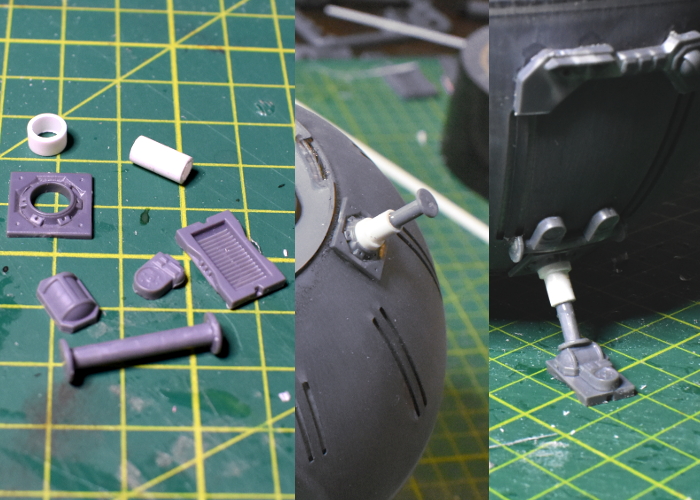 Rather than trying to cut multiple holes in the ball for the trapezoid windows that would form the forward viewports on the ship, I decided to shape the windows to fit flush on the curved surface. I did this by laying a piece of sandpaper on the ball, and sanding the back of the window down to the height I wanted. This nicely replicated the curve of the ball onto the window. A piece of reinforcing strut from terrain sprue #1 served as a handy, bendable guide to mark out consistent spacing for the windows above the tops of the airholes. 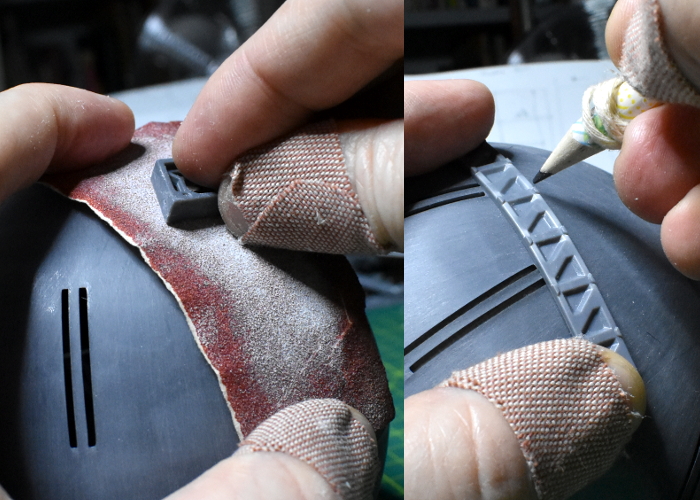 I then carefully glued the windows in place, and added a round porthole from terrain sprue #2 in the middle. 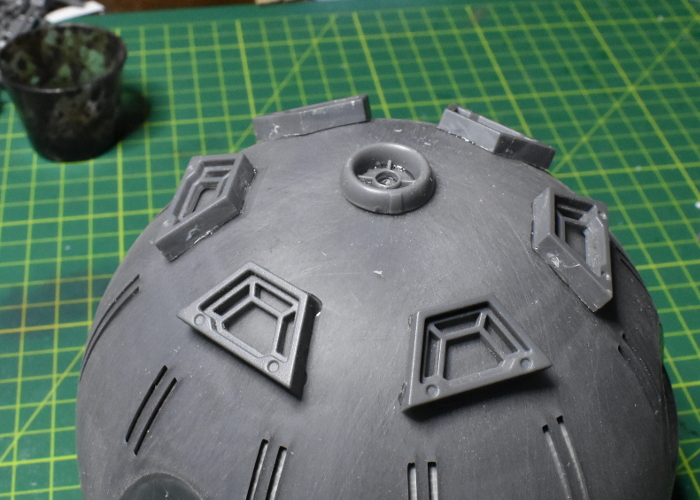 Into the middle of the porthole, I built an antenna array using various pieces scavenged from the bits box. 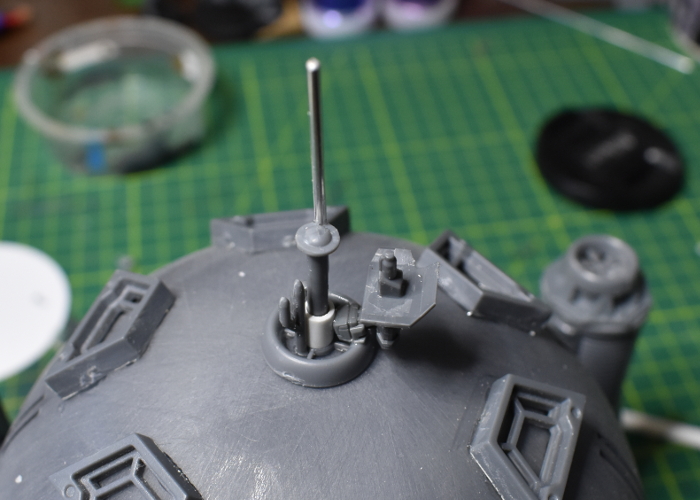 For each of the engines, I took a pair of generators, a pair of iris doors, a fan and a weapon mount base from terrain sprue #2, and a large pipe fitting from terrain sprue #1. On the generators, I cut out the bottom to allow them to sit flat inside the iris door once glued back-to-back, and then sanded down the top surface to create a flat area for the pipe fitting to attach. 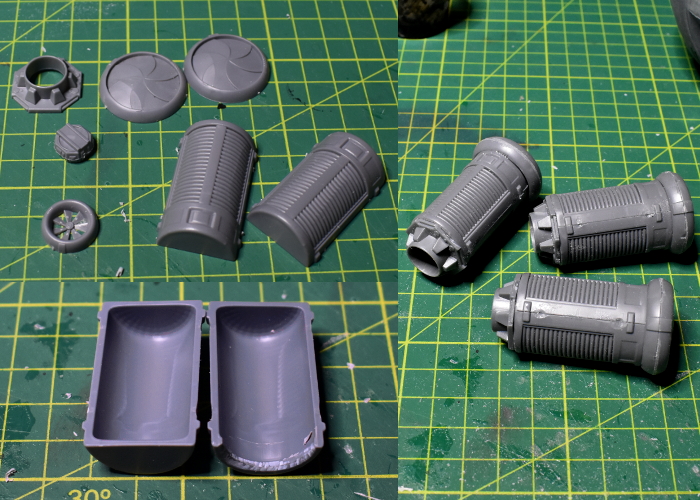 The weapon mounts have a naturally concave back surface, which sat quite neatly on the sides of the ball. 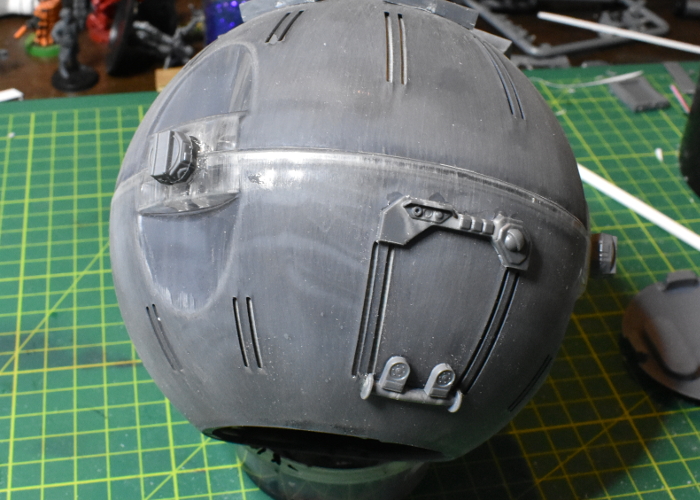 Finally, I glued the engines onto the weapon mounts, adding a pin of aluminium rod to help hold them in place securely. 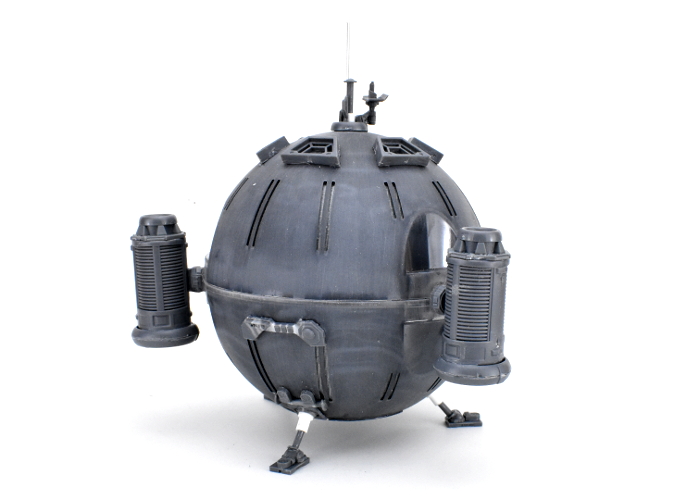 With some paint on, the OR-8 was ready to fly! 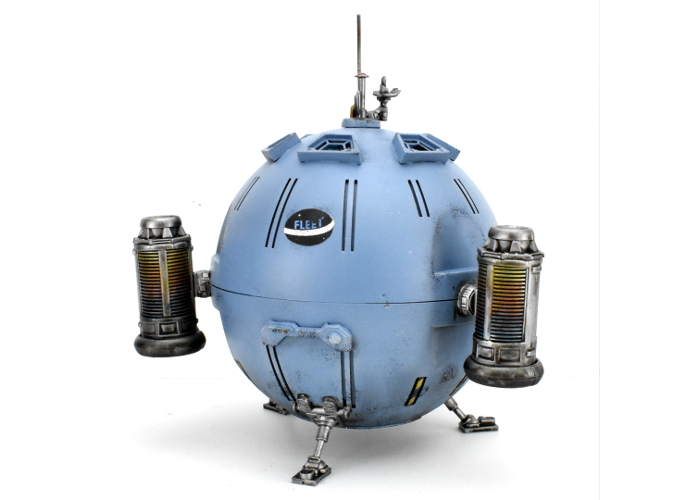 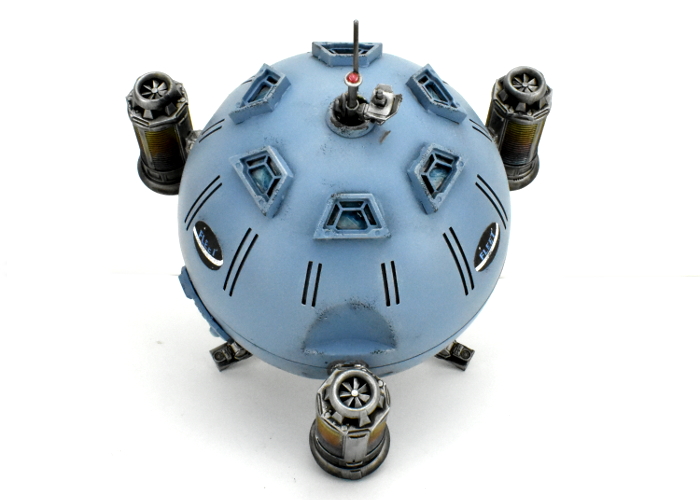 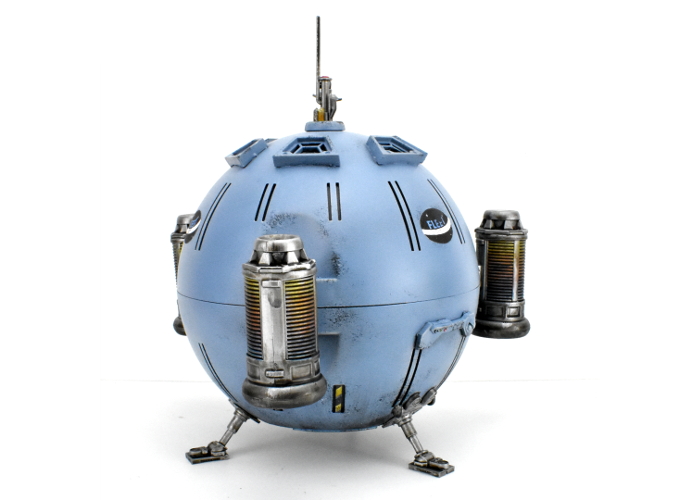 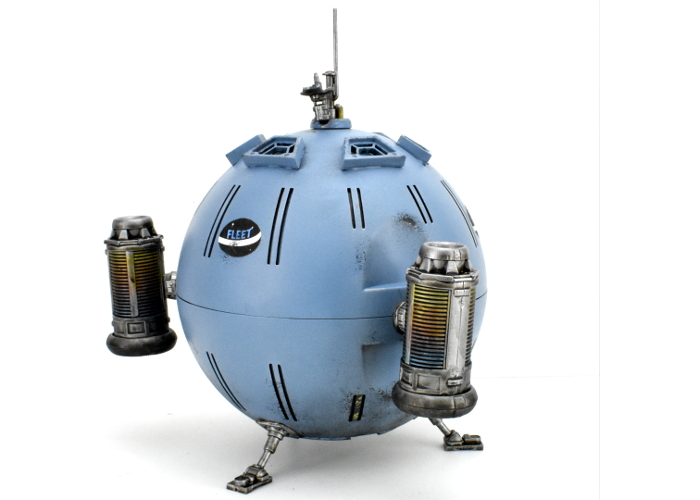 To build your own orb ship of sphericalness, you can pick up the terrain sprues along with the rest of the Maelstrom's Edge model range from the webstore here.

You're viewing a weblog entry titled Modeling Spotlight: Rodent Ball Spaceship!. If you like this entry you might want to: