Last week, I added another Hobby Basics article to the Maelstrom's Edge website, covering some general information and quick tips for working with modeling putty. As part of that article, I wound up converting up a Karist Angel with more tentacles than is generally considered safe, and I couldn't resist taking the time this week to slap some paint on it. I've painted up a few different angels in the past, playing with different techniques each time to create a suitably inky-black and cybel-purple alien appearance for them. For this one, I decided to try something new once again, and broke out the Army Painter paints for a quick experiment. Here's a quick walkthrough of the painting process! 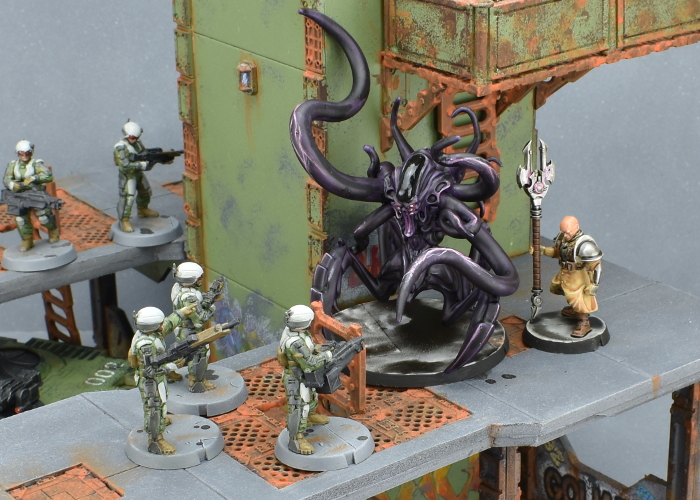 Before we get the paint on, here's a proper look at the converted model. It's based on the plastic Mature Angel kit, but with the claw arms modified slightly to form crab-like legs, and lots of tentacles added with 'green stuff' modeling putty. 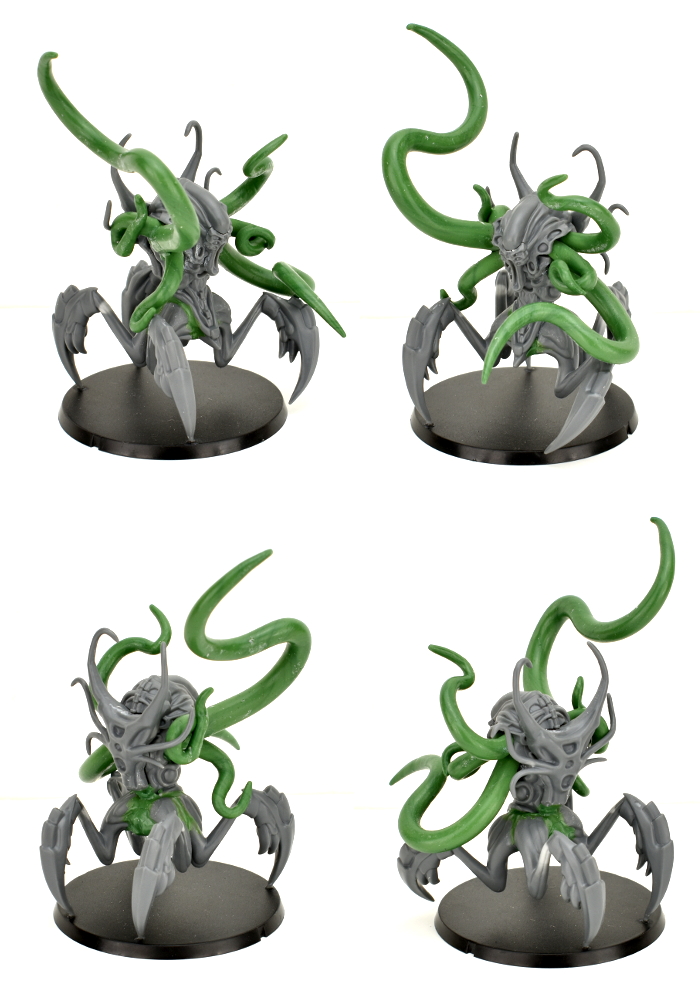 I gave the model an initial basecoat with white, to get a consistent colour for the next steps. Over that, I used Army Painter Alien Purple. Then, grabbing a nice, big brush, I painted three coats of Dark Tone over the entire model, leaving it to dry between each. This darkened everything up to an almost-black, while leaving hints of purple showing through. 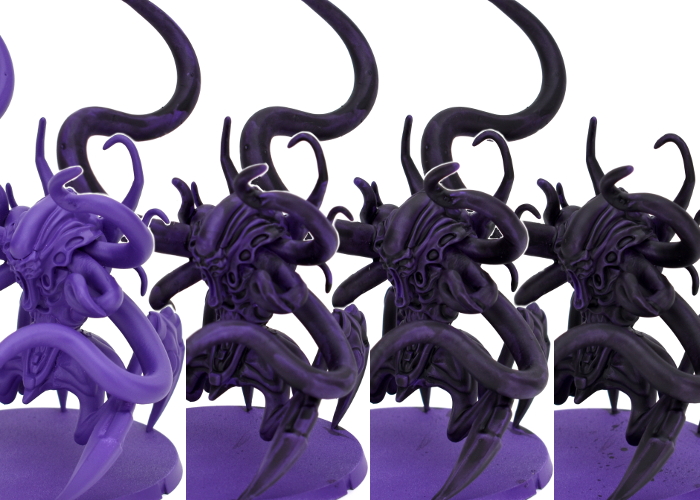 I then used a mix of Wasteland Soil, Warlock Purple and white to add highlights. I didn't highlight everywhere, as I didn't want to brighten the model up too much, and wanted the details to be slightly shadowy to accentuate the fluid nature of the Angel's body. I just added the highlights in places where they would add a little 'snap' to the model, accentuating specific features. I also painted in some lightning-like effects on the larger flat areas, to show the cybel energy coursing through the Angel's void gel, and painted the smooth top of the angel's head with black, and then a coat of gloss varnish. The base was painted similarly to my Greatcoat Karist Trooper kitbash, using Ash Grey and a generous layer of Dark Tone. 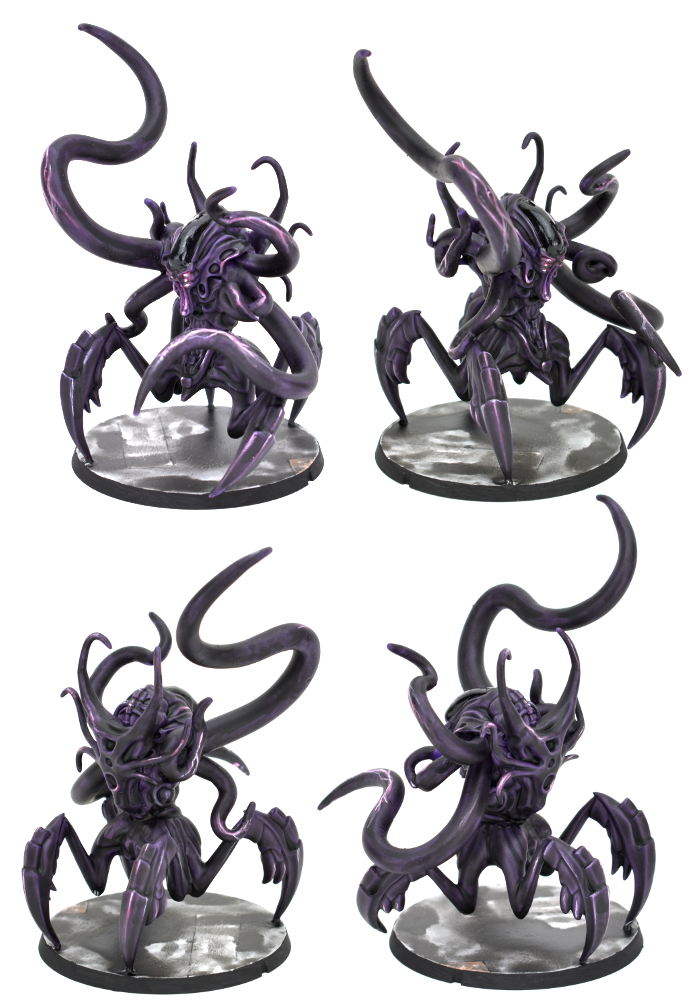 To paint up your own squidgy alien of tentacled doom, you can pick up the Mature Angel kit along with the rest of the Maelstrom's Edge range from the webstore here.

You're viewing a weblog entry titled Painting Spotlight: Mature Angel Conversion. If you like this entry you might want to: