The addition of the SecDef to the Epirian lineup adds a much more 'military' feel to the faction, and I've been having a lot of fun exploring that with the models. I previously added my own homebrew SecDef Lieutenant and Scout Walker unit cards to the force builder (and if you missed the article, you can see how they were built here), and this week, I'm fleshing them out a little more with the addition of a dedicated heavy weapons team, based on the Master Bot Handler exo-suit. 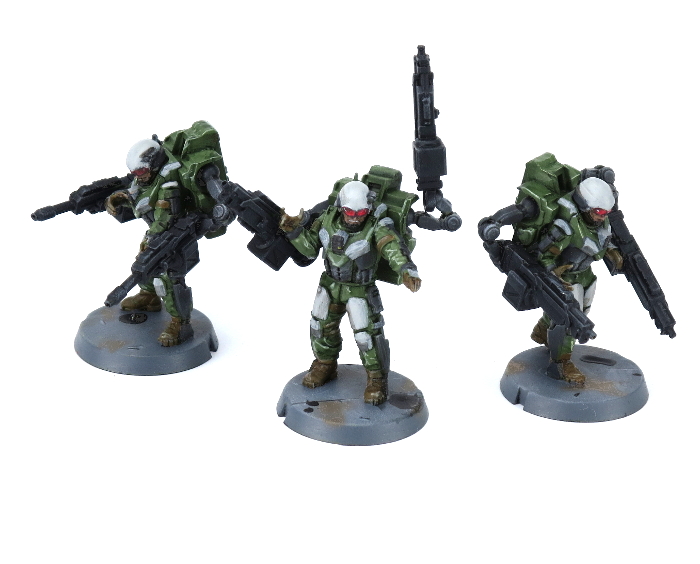 My idea was for a slower-moving, but more heavily-armed team variant, for those situations that call for a little more firepower. With that goal in mind, I grabbed some parts from the SecDef and Master Handler sprues, and went to work!

From the Master Handler sprue, I took a torso and backpack, the weapon support arms and two weapons (I used the flakk guns, but it doesn't really matter which you use as you only want the mounting ring on the back of them). From the SecDef sprue, I took a head, two arms, two legs and a pair of machine guns. 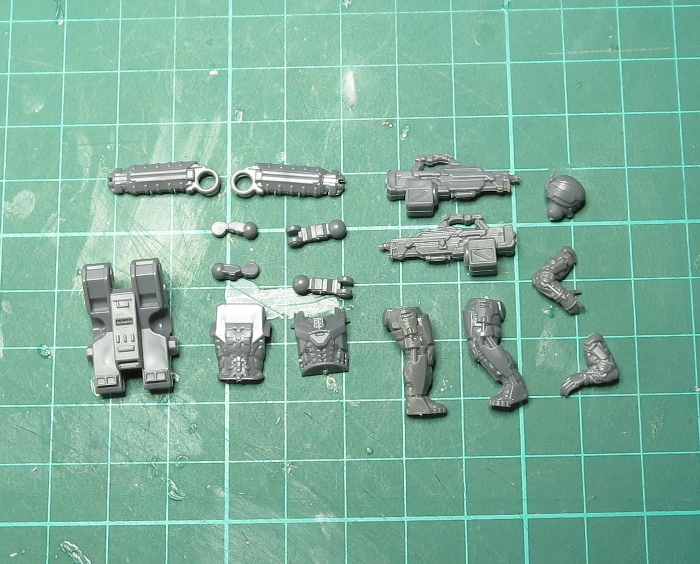 I didn't want these guys to be quite as heavily armed as the Master Handler, so the first step was to remove the missile racks from the top of the backpack. I sliced them off using a razor saw, and cleaned up with a hobby knife to get rid of any rough cut marks. 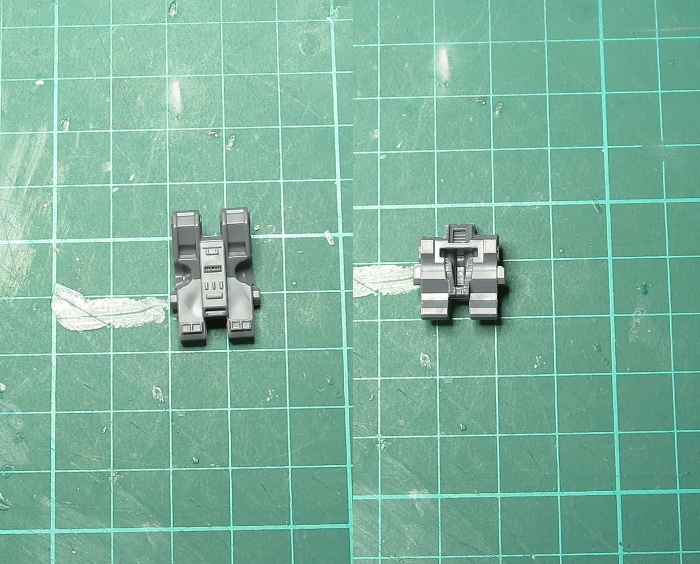 As the SecDef arms have small shoulder pads on them, I removed the ridges that sit directly over the Master Handler's shoulders on each side of the torso. Otherwise, the arms would wind up sitting too low. 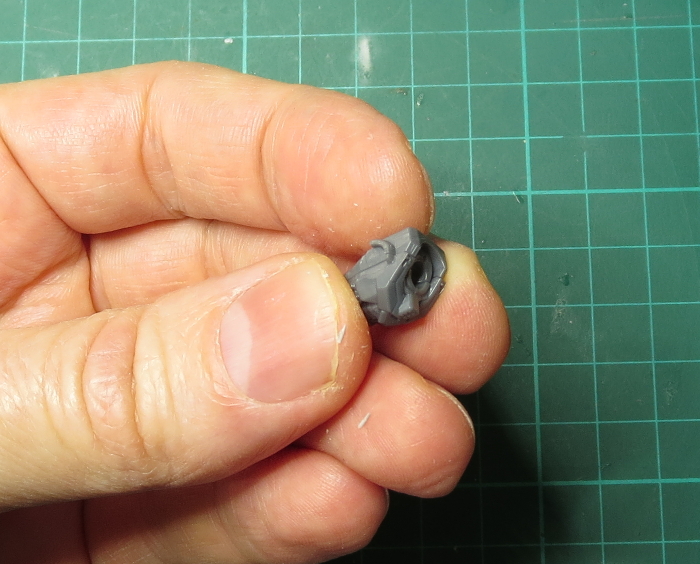 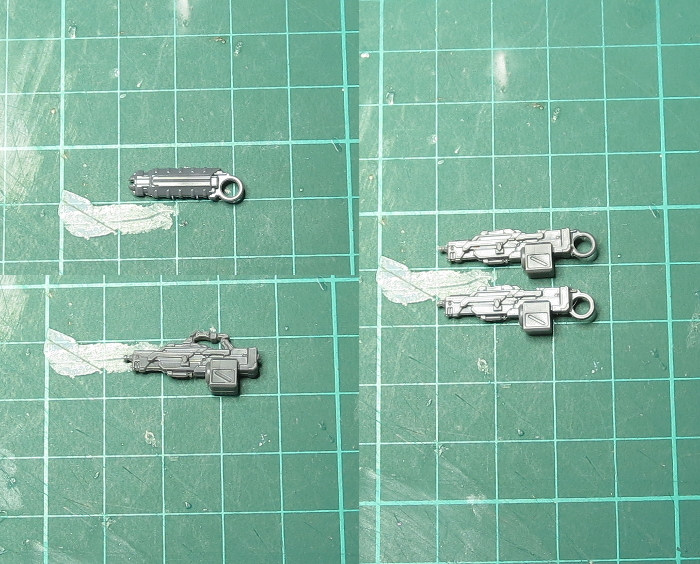 From there, the body was assembled pretty much as you would expect... 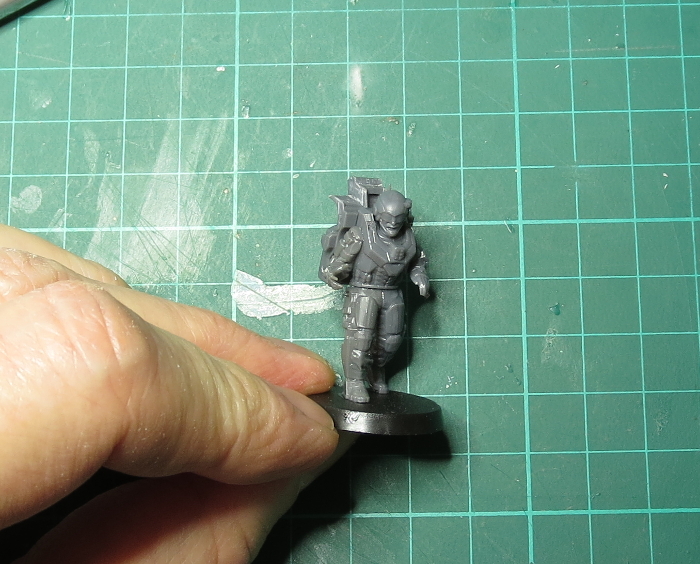 And finally, the weapons were glued onto the outside of the forearms - I didn't bother adding any specific mounting for them, as I figure they would magnetically lock to the SecDef exoskeleton's wristbands. Then I glued the support arms in place, and the model was ready for painting! 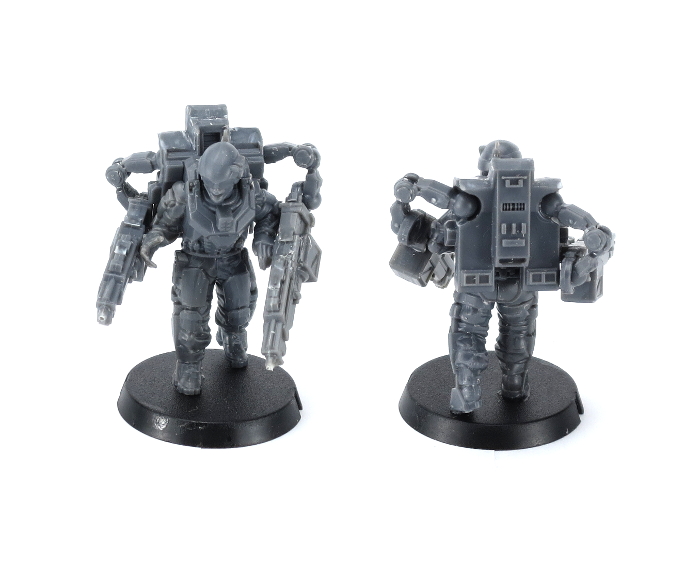 The same process works with the chainguns on the SecDef sprue, although in that case I also removed the weapon butt before attaching the mounting rings, to avoid the weapon looking too long against the model's arms.

For the team sergeant, I used a pointing arm, and for something different I put the gun for that arm in a 'standby' position. When he needs it, the support arm would drop it down and it would maglock to his wrist, ready for action.

Of course, pretty models are only half of the story! I have also generated an unofficial rules card for the heavy weapons team, which you can find in the Force Builder section of the Maelstrom's Edge website here. 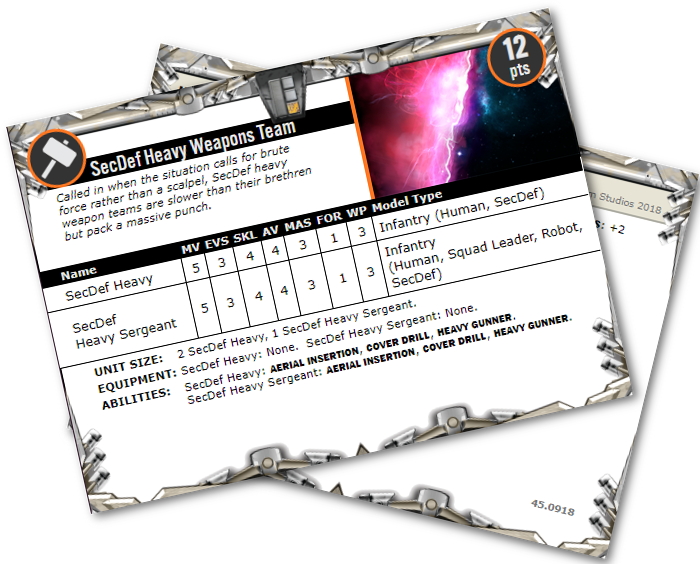 To build your own heavy weapons team, you can pick up the Master Handler and SecDef sprues along with the rest of the Maelstrom's Edge model range from the webstore here.

You're viewing a weblog entry titled Modeling Spotlight: Epirian SecDef Heavy Weapons Team conversion & rules!. If you like this entry you might want to: