A few weeks back, we published some sample force lists for the V2 Maelstrom's Edge rules. These got me a little inspired to put together a new force for myself, and so I dove into the unbuilt model pile and put together 120 points based on the Epirian sample list. 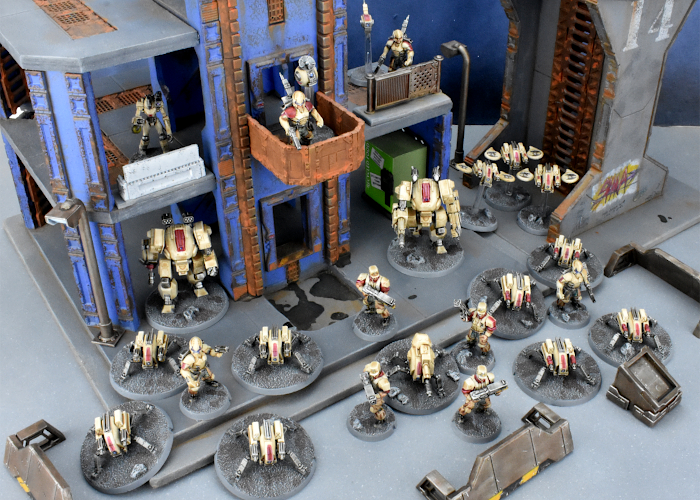 The force roster is almost identical to the sample list. I found myself short by one Firefly drone, so I dropped those to a unit of three, and gave the Contractor Defenders a Chaingun drone and one of the Journeymen a second Dominator pistol to make up the difference. 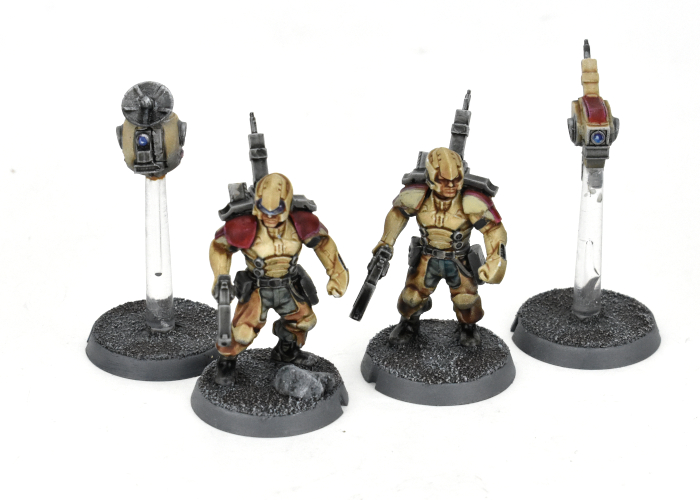 Journeyman Bot Handlers with micro drones (the drones are 3D printed test models - the finished models will be coming in plastic soon!)


I wanted a colour scheme that was quick and easy to paint, and also visually distinct from my existing forces. Starting out with a basecoat of Army Painter Uniform Grey spray, I then added a 'zenithal' highlight by spraying down from above the models with white spray. Over that, I applied a wash of Army Painter Soft Tone. Metal parts were picked out with AK Gunmetal and then washed with Army Painter Dark Tone - two coats for the weapons. 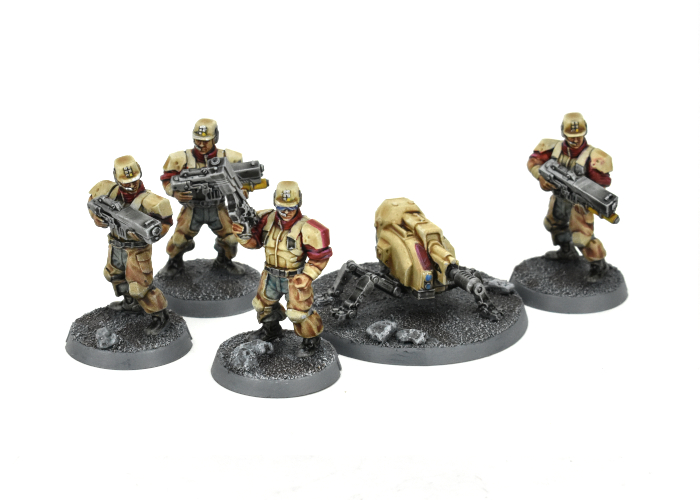 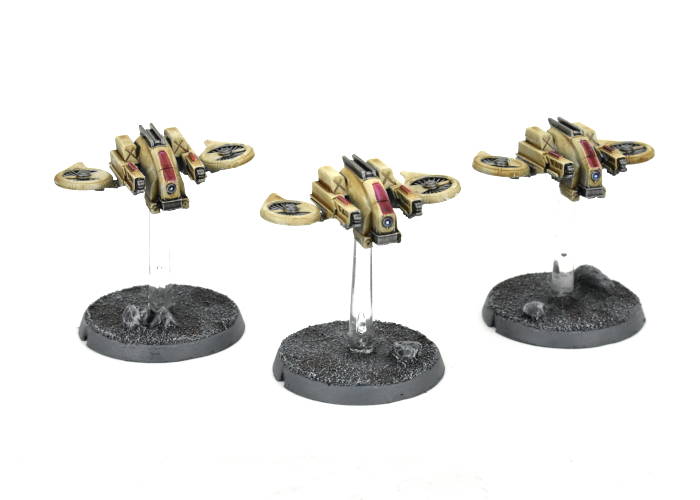 
For the red details, I painted on a coat of Citadel Blood Angels Red Contrast. This didn't look quite the right tone with the sandy coloured armour, so I added a layer of Army Painter Purple Tone over the top, before highlighting with Army Painter Pixie Pink. 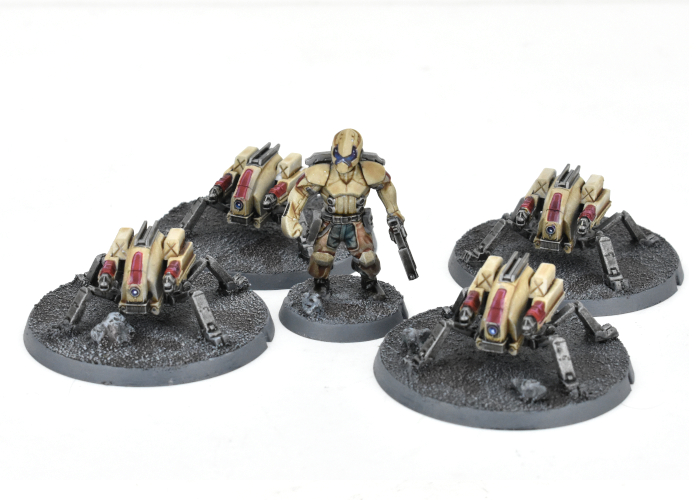 
I had found with my previous Epirian Bot Force that the weapons on Spider Drones can be a little hard to differentiate from across the table, so I made sure I painted them differently, leaving the machine guns bare metal and adding a red casing on the flakk guns. 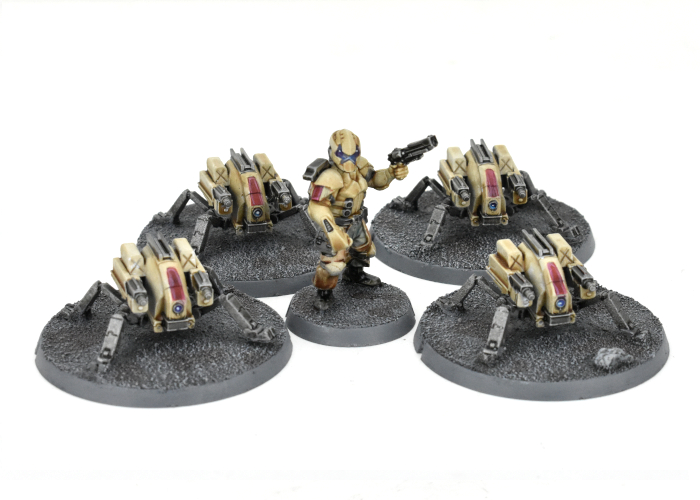 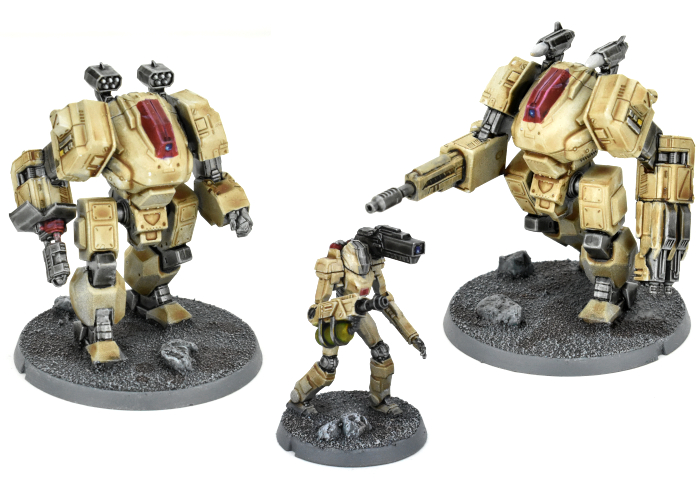 
To finish up, after gluing on some fine sand and a few pebbles for detail, I painted the bases with Uniform Grey, washed over the top with Army Painter Dark Tone, and then drybrushed with Vallejo Light Grey and White before adding some splotches of Mid Brown here and there to break up all of that grey. 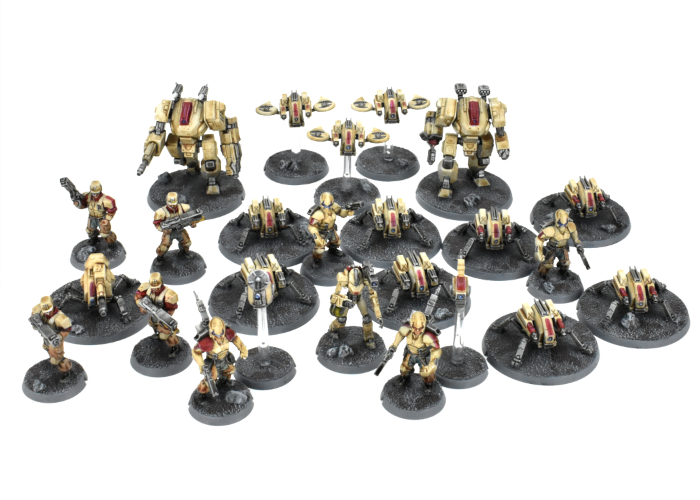 
Get started on your own V2 force by heading over to the Maelstrom's Edge webstore!

You're viewing a weblog entry titled Force Spotlight: Quick Painted Epirians!. If you like this entry you might want to: