The one place where the Epirian Foundation truly shines is thanks to the vast army of robotic forces available to them. Originally, huge numbers of automated terraforming robots were dispatched to remote systems to handle the humanification of the worlds and to perform construction duties, but since the Maelstrom began approaching Epirian colonies, many of these automatons have been repurposed to guard the evacuation of threatened worlds. The robots are powerful, but as the number of worlds owned by the Foundation shrinks, their resources are depleted, and so every destroyed robot is viewed as a grave loss, especially their computational cores. Even when damaged beyond repair, provided their broken parts are recovered, new robotic soldiers can be fashioned from the remains, and so any loss in battle is frequently followed by a major campaign to reclaim the lost. 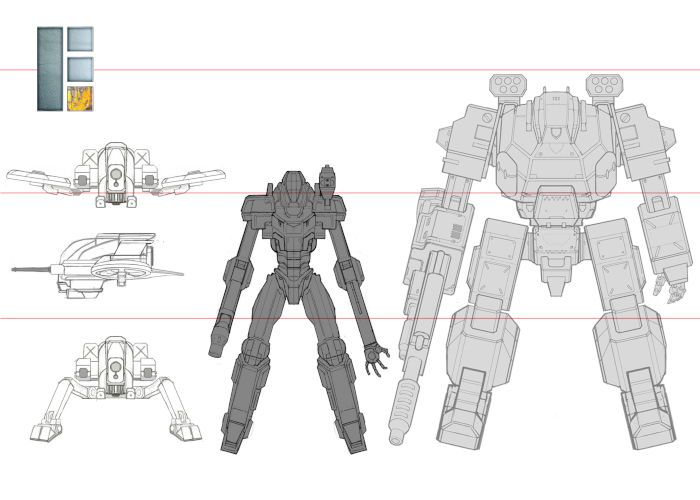 The modular nature of the robotic technology employed by the Foundation allows them to easily refit worker robots for battle when an aggressor appears. The converted mining, shipbuilding and transportation drones that form much of the Foundation’s battleforces are not the most efficient fighters, but they make up for this by the ease in which they can be converted from the ranks of processing cores and modular parts being produced by the Epirian factories. 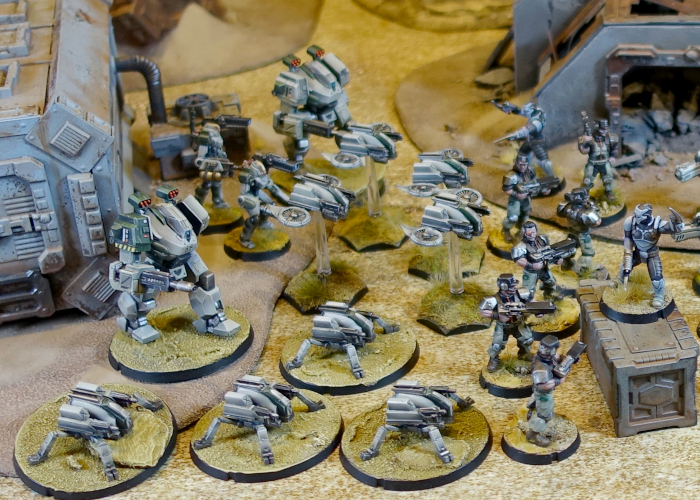 Most Epirian robots are modular in design, so supply is simple with easier reuse of parts, although the Foundation’s richer inhabitants show off their status by purchasing expensive custom designed robots and vehicles and advanced prototypes. Central processing cores are designed so that a robot can be adapted to many roles, changing only a small, programmed chip to switch a mining robot to a soldier, or convert a butler to a repair bot. Limbs, body parts, tools and weapons are all similarly made to be easily swapped and replaced. From a large selection of parts, many different combinations of robots can be designed and built. This cuts down on the amount of material that is required to take a robotic team through space to a new world. Redundancy, reliability and adaptability typically take precedence over more exotic designs. 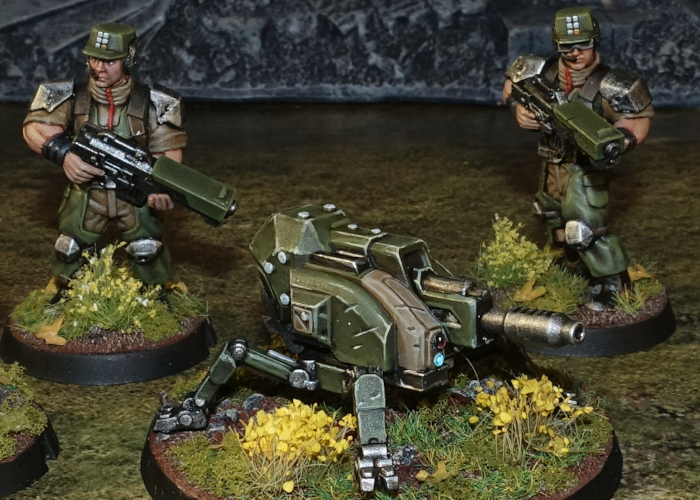 You're viewing a weblog entry titled Epirian Bots. If you like this entry you might want to: