I recently picked up the fantastic Xenos Jungle terrain mat from Deep Cut Studio, as I really loved the unusual colouring. It shows an alien world covered in rocks, sinister looking ground mist or liquid, some yellowy-green plants, and large, shiny outcrops of purple crystals, and I was instantly in love when I saw it. The only problem with it was that I didn't have any suitable terrain to go with it, so I set out this week to rectify that problem, creating some crystal-encrusted rocky outcrops! 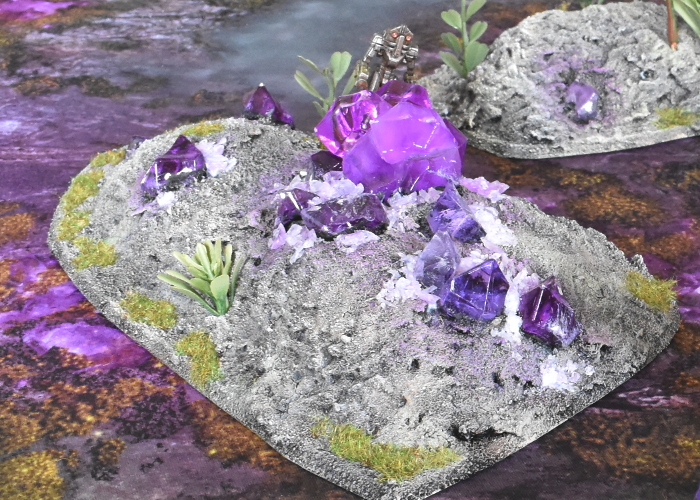 There are a large range of different ways to make crystals, or facsimiles thereof, for the table, but I decided to go the easiest route and just use something that already looked the part. After scouring the internet for a while, I found some acrylic 'ice crystals' on Amazon that looked like they would fit the bill. I wound up buying three packets from three different sellers, due to some unexpected one-per-customer rules on them, which netted me three packets of purple crystals that, while identical in shape, were all slightly different shades of purple. As this just winds up with a more natural overall effect, I couldn't have planned it better if I had tried!

As the crystals were all the same size, I glued some together using an all-plastics glue, and took some others and belted them with a hammer to break them down into smaller pieces (Wear eye protection if you want to try this!) 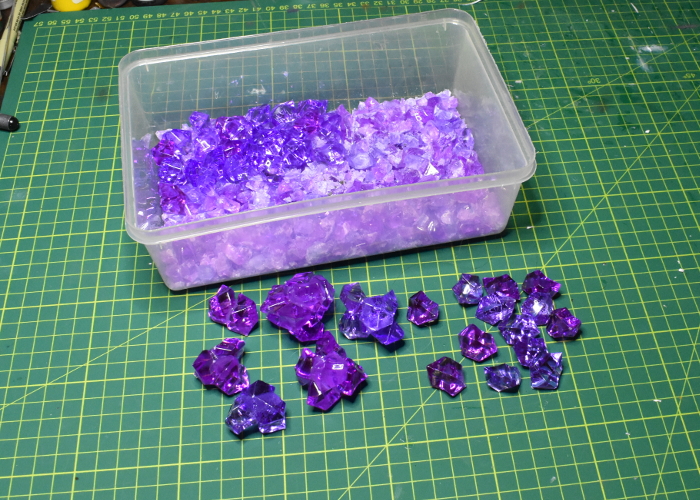 For the bulk of the outcrops, I decided to use expanded polystyrene, as it's quick and easy to cut to shape. I used an old kitchen knife to roughly cut the polystyrene to the shape I wanted, and then used small spots of PVA glue to glue it down to a piece of 3mm foamed PVC to give it a solid base. Using small amounts of PVA rather than covering the whole piece helps to avoid the base warping when the glue druies. 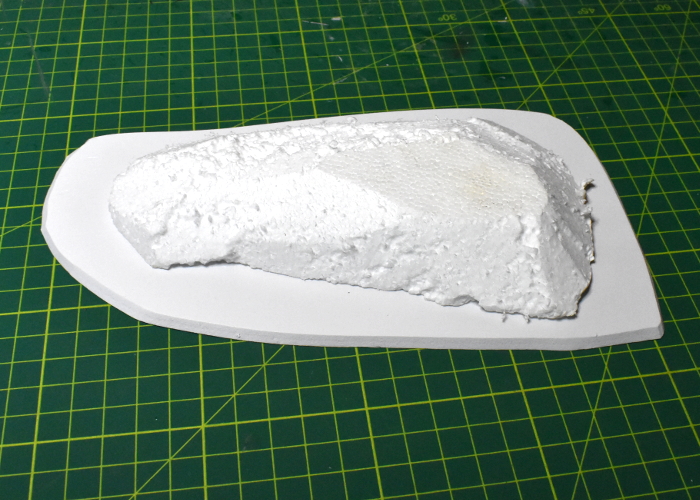 To cover the polystyrene, the common choice would be filling plaster. I'm not a fan of this, hoever, as it chips easily, so I decided to try something experimental. I ran a bunch of old cardboard boxes through a cross-cut paper shredder, to make a nice pile of tiny cardboard pieces. 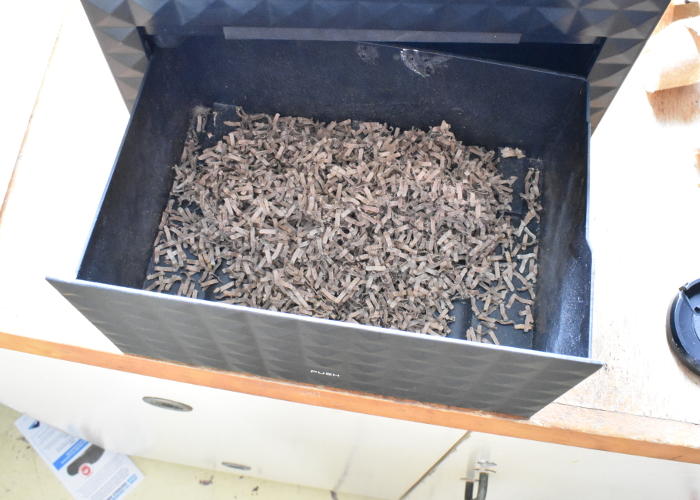 I soaked the cardboard in water overnight in the hope of softening it up a bit, and then drained and squeezed out as much water as I could, before mixing it into a slurry with PVA glue, some cheap, black, acrylic paint and a little plaster to bind it all together. Then, I slopped the resultant mess over the polystyrene, smoothing it down as much as possible. 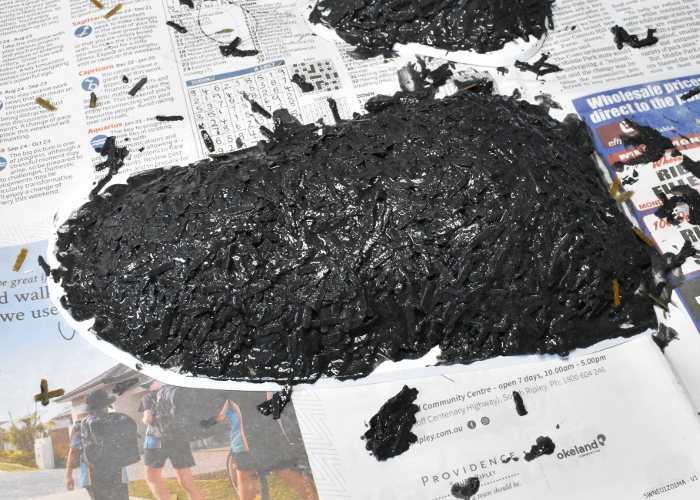 While the cardboard mess was wet, I took crystals and applied clear craft glue to the bottoms. These were then pushed them into the wet surface, so that they would be partially submerged. I then left it overnight for everything to set. 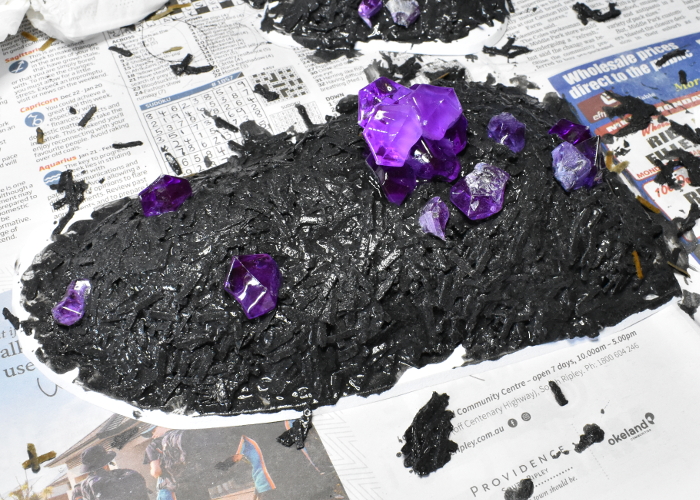 The cardboard slurry dried with a fairly obvious, rectangular texture, which was going to look a bit odd for a natural outcrop, so I painted over the whole thing with a generous layer of PVA glue and sprinkled a coarse sand mixture over it, leaving this to set. 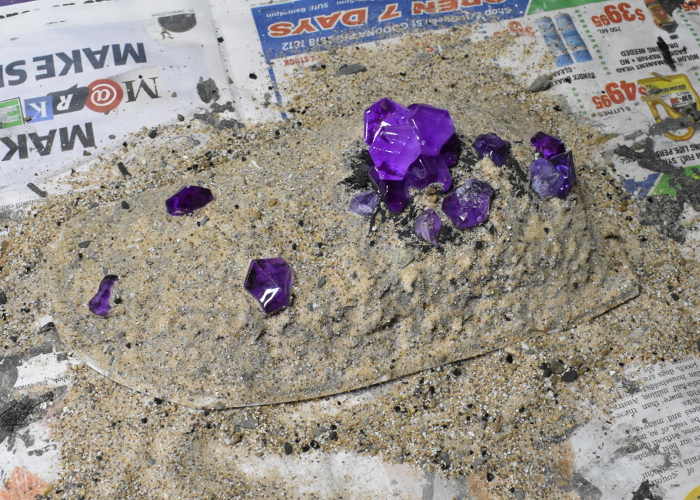 After shaking off the excess sand the next day, I gave the rock surface a coat of black paint. 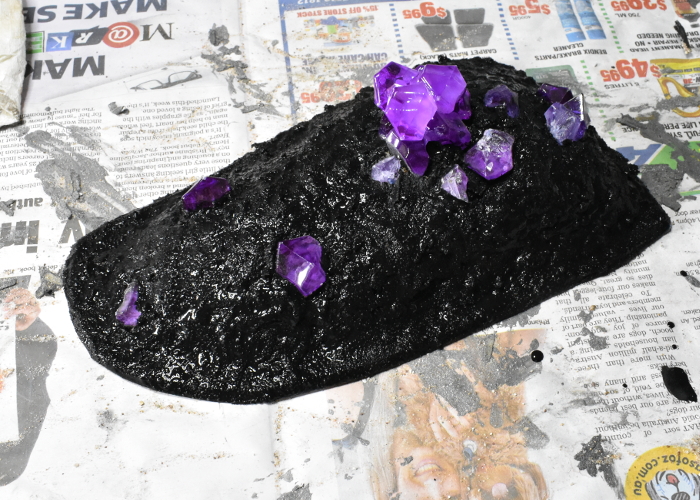 My intention was to drybrush it grey, to try to match the rock on the mat, but my test piece wound up far too dark and grey looking, so I wound up going back over it with a rough coat of a sandy brown craft paint. 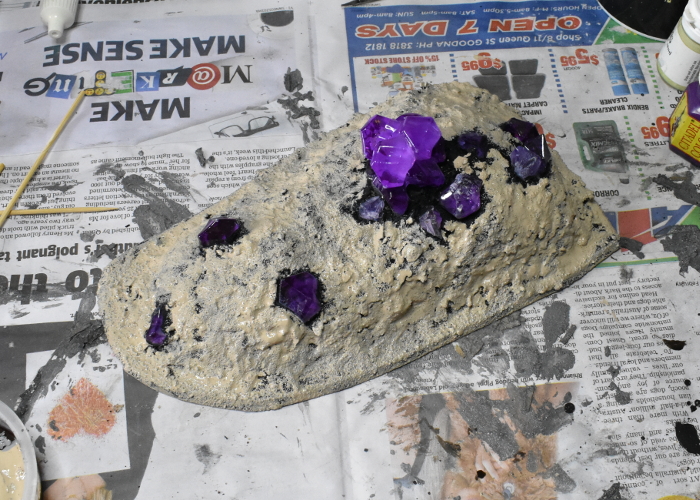 Over this, I applied a generous layer of Army Painter Strong Tone. 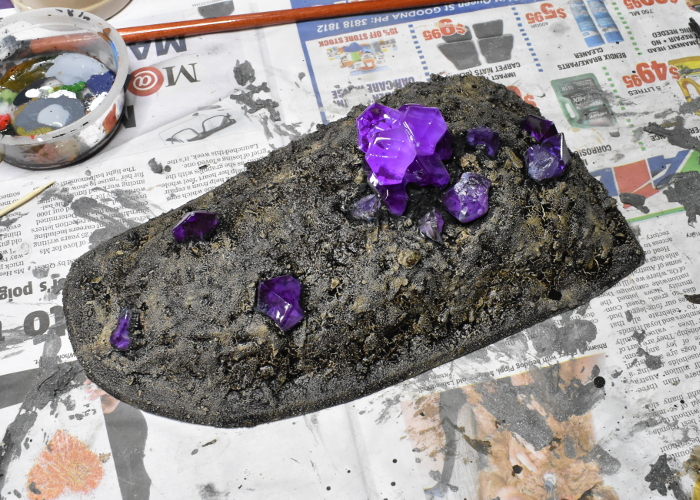 When the wash had dried, I set to work with some Coat D'Arms Bone and Bilious Green, and some Vallejo Light Grey, drybrushing all over the rock. The colours don't show up well in the pic here, but the aim was to replicate somewhat the different tones found on the different areas of the mat, so that the terrain wouldn't look out of place wherever it was positioned. I finished up with a final highlight of white to tie everything together, and then added a purple blush around the crystals. This was again matching the style of the mat, and also hopefully adding some more colour under the small crystal pieces I was intending to add at the end. 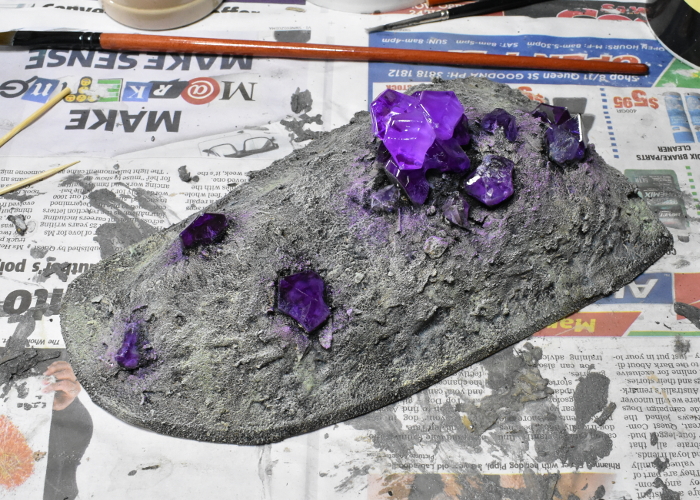 Finally, I dabbed some more PVA glue around the crystal outcrops and sprinkled on some of the small crystal gravel that resulted from my earlier hammering efforts. I also added some statuic grass and some plants cut from plastic home-decorating sheets to break up some of the boring rock bits. 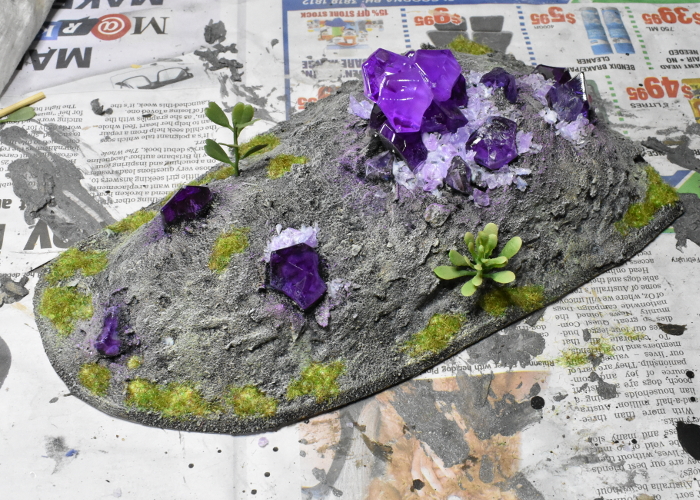 With a few bits together on the mat, it wound up looking like this: 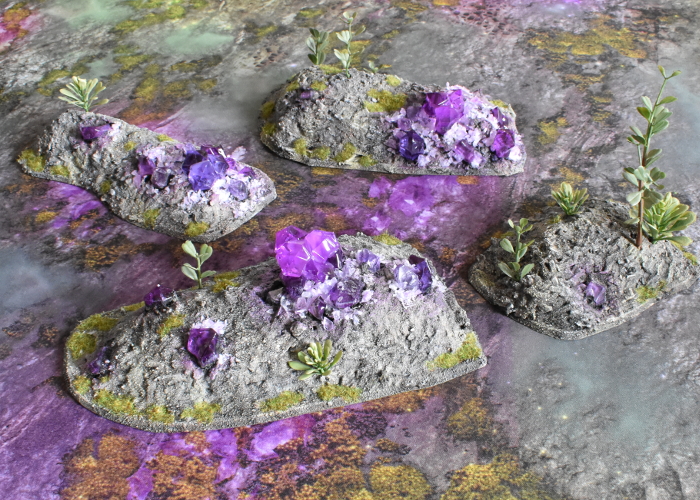 It's not a perfect match for the terrain on the mat, but it's close enough to work! The next step will be to finish off the rest of the outcrops and a building that I have in progress (as soon as I finish panic-buying some more Strong Tone!), and then work up some sort of 'forest' bases to flesh out a full table. 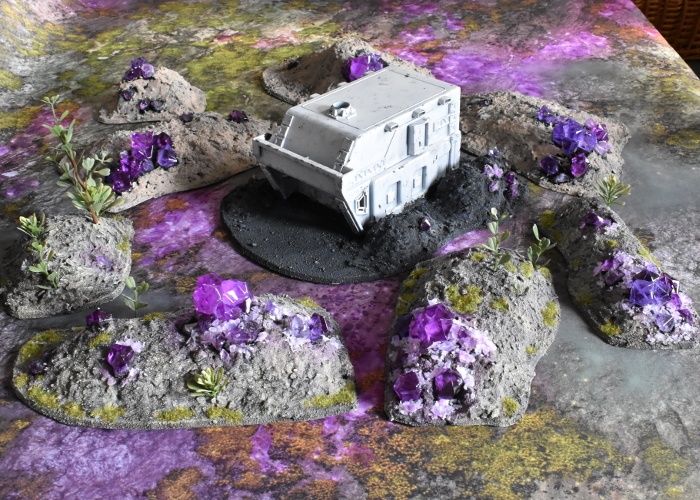 You're viewing a weblog entry titled Terrain Spotlight: Crystal Outcrops!. If you like this entry you might want to: