I've been having an awful lot of fun playing with the new Epirian Master Bot Handler kit (as evidenced in the Modeling Spotlight article from last week. Amongst all of the other conversion ideas that popped up when I started looking at the sprue, I had one that I thought warranted a conversion article all of its own. And so, let me present Konstantin Moor, Veteran Bot Handler, along with his companion drones: Iago and Cassio! 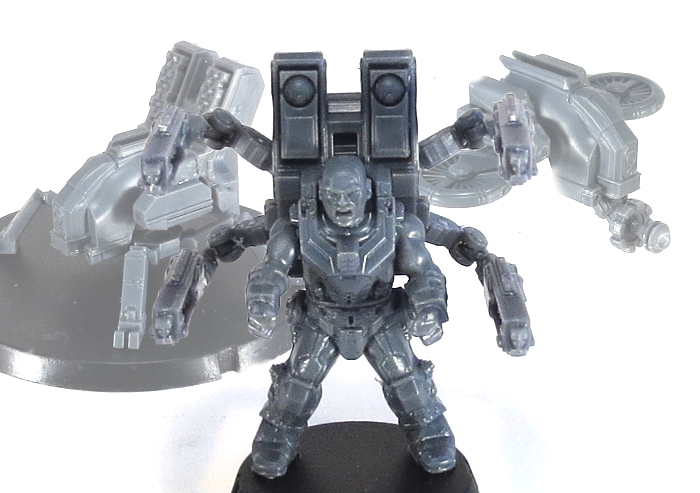 The main things that set Konstantin apart from his brethren are the additional pair of weapon arms, and the independent movement of the weapon arms, as opposed to the normal direct control rig that links to the forearm. To replicate this build, you will need two Epirian Master Bot Handler sprues and the Faction Expansion Sprue. You will also need a Drone sprue to build Iago and Cassio.

I built the body as normal, using the bent legs and the matching torso. In place of the normal helmeted head, I used the bare head from the Faction Expansion Sprue, although there would be nothing stopping you from just using the normal head if you prefer the armoured look. Note that the head from the expansion sprue is designed to go with the Karist Trooper torso, and so has a slightly thicker neck than the various Epirian and Broken heads. As a result, the neck needed a little shaving down with a hobby knife before being glued in place. 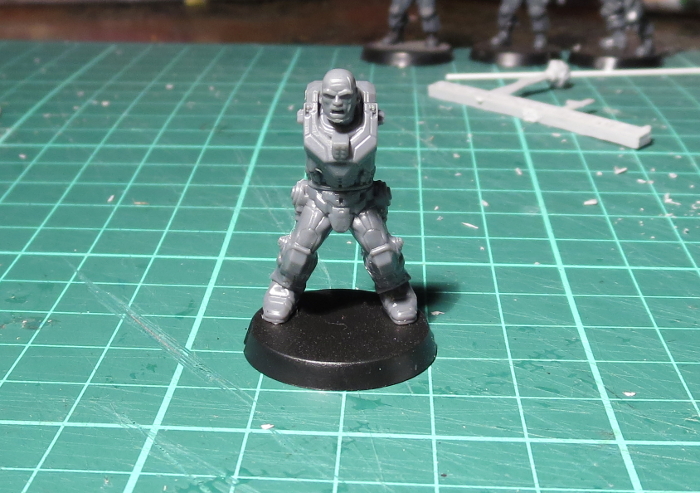 The arms were largely left alone, with the only modification required being to chop off the mounting peg for the weapons. 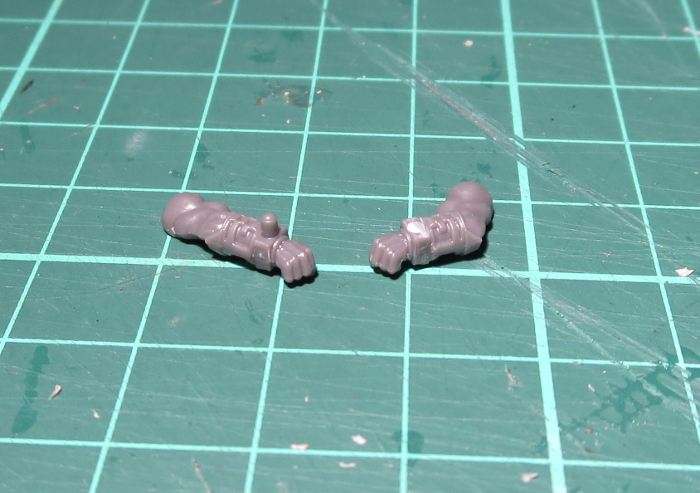 Now for the fun part. I took the backpack, and underneath the existing weapon arm socket, I smoothed down the corner of the pack and drilled a small guide hole with the tip of my hobby knife. Then I found a drill bit that matched the diameter of the arm socket (11/64", although a 4mm bit would do the job for the metric-inclined) and drilled out a new arm socket. I did this with the drill bit held in my fingers and twirling it - you could use a dremel or similar rotary tool, but plastic is soft so there's not really any need when the drill bit is large enough to grip it securely with your fingers, and this helps to reduce the risk of accidentally over-drilling the hole by drilling too fast. 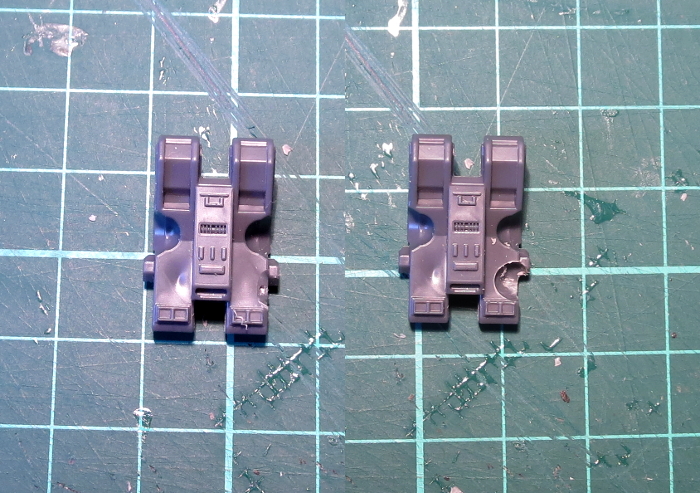 Next up I assembled the two sets of weapon arms and glued them with a bit more than a 90 degree bend in the elbow. 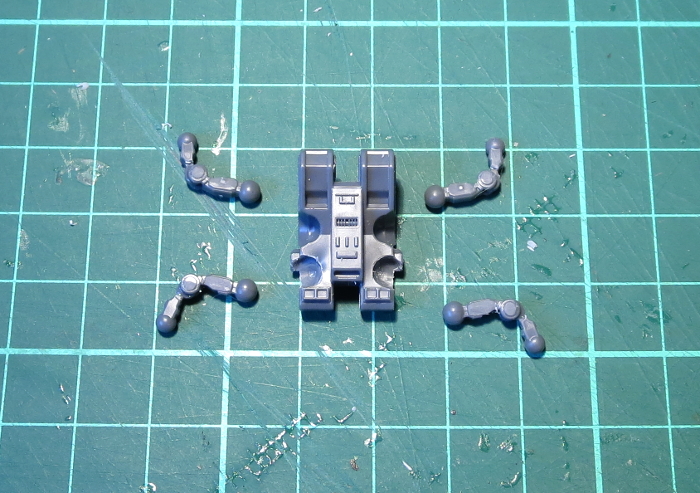 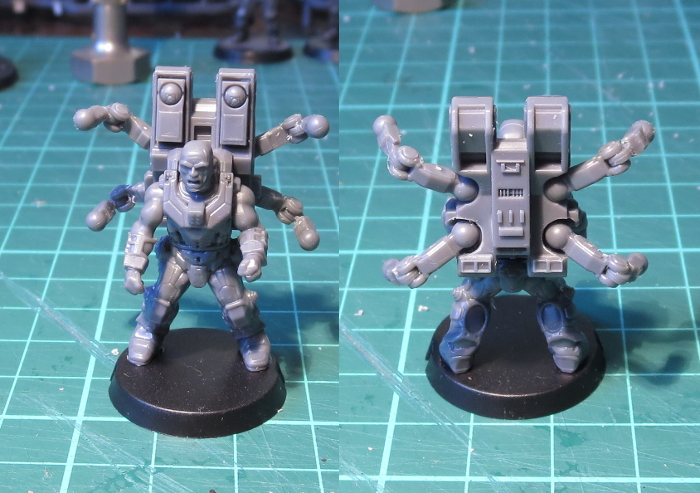 Time for some weapons!

Konstantin is armed with two linked sets of Drone Class Laser Systems. Without these being joined to the forearms, I wanted to change how they mounted onto the weapon arms a little, to give them a more open range of movement. Using a hobby knife, I cut through the rear half of the mounting ring off the back of the weapons. The cutoff piece was also cut in half. 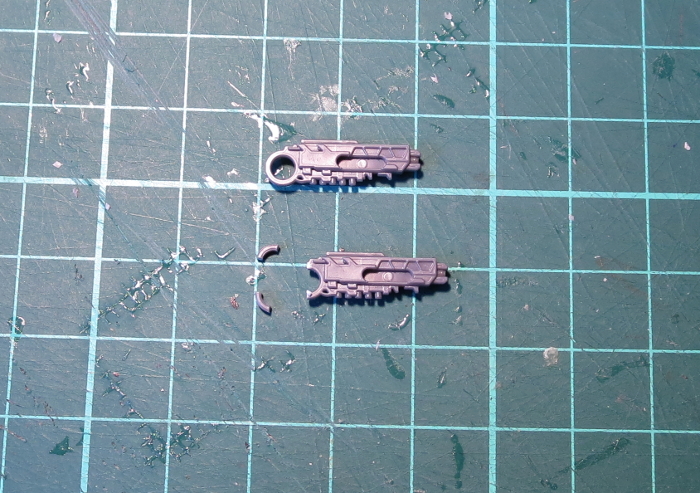 The weapons were then glued onto the ends of the weapon arms, pointing directly forwards with the remaining half of the mounting ring socketing over the ball joint. I attached one half of the cutoff ring section on the outside, to reinforce the joint a little. 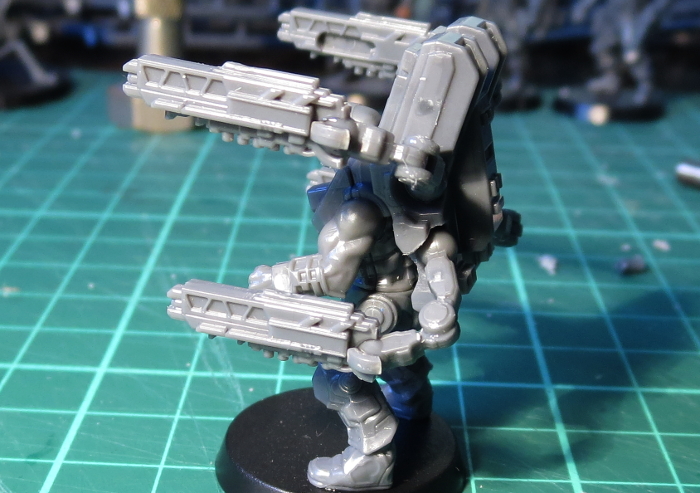 After one final tweak (repositioning the right arm to be extended forwards instead of down) Konstantin was assembled and ready for paint! 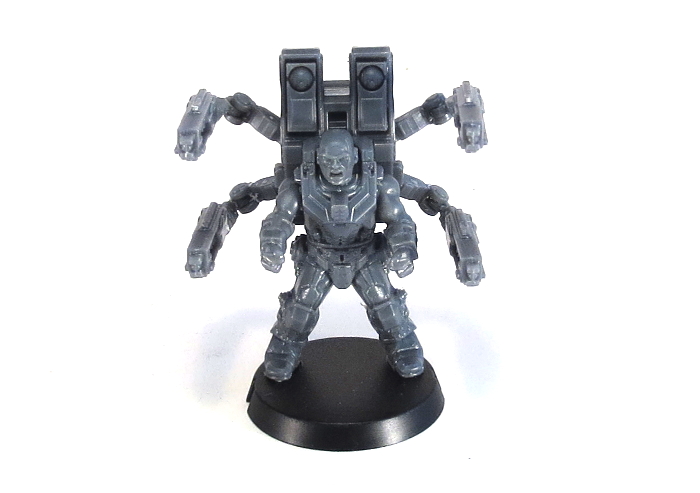 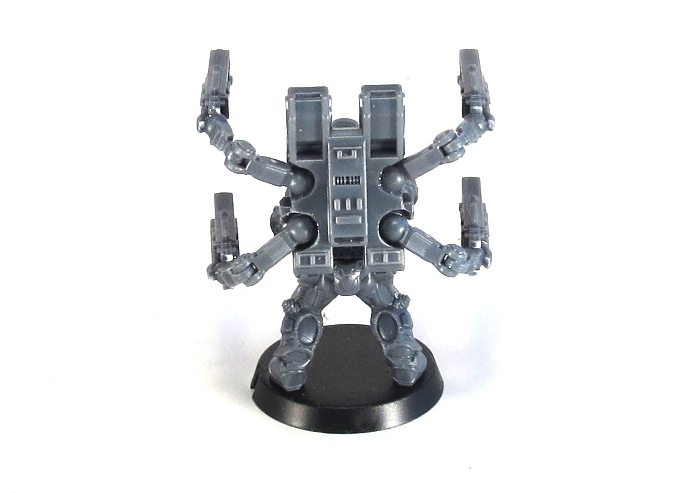 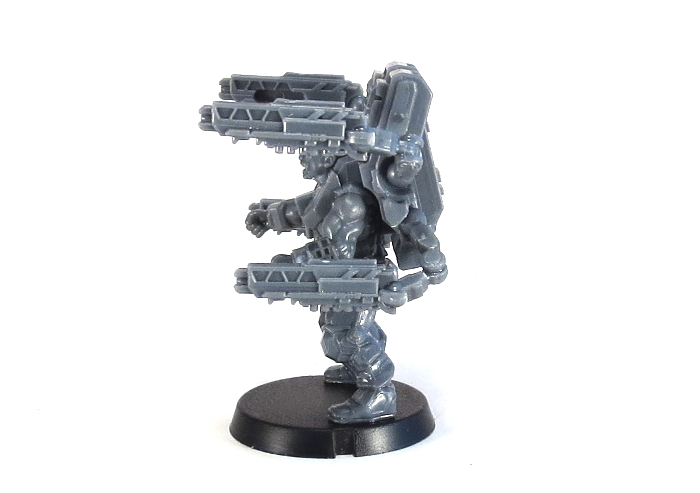 Iago was assembled as a concept for the Master Handler modeling spotlight article, and I liked the idea too much to not get him onto the table. To put him together, I used a Spider Drone and a Master Handler backpack with Cluster Missile pods.

The bottom protrusions were sliced off the backpack with a razor saw, and the back of the drone chassis was similarly cut down flat. 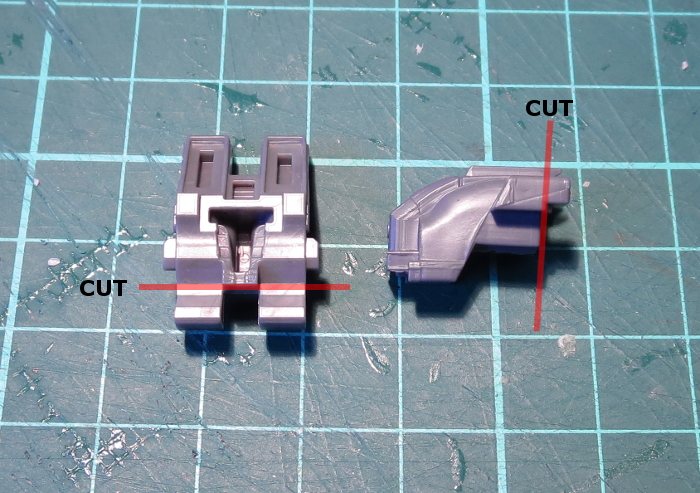 I then glued the backpack onto the back of the drone chassis. The chassis sidepods needs shortening a little - I cut them down so that they butted up flush against the backpack. 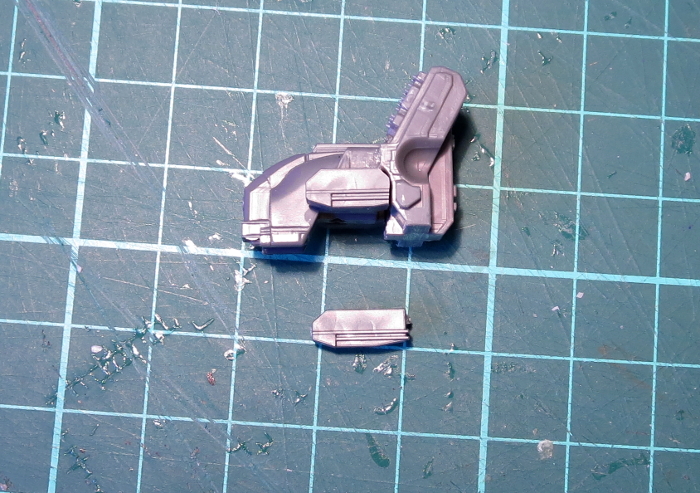 With the addition of a set of Spider Drone legs, Iago was all set. 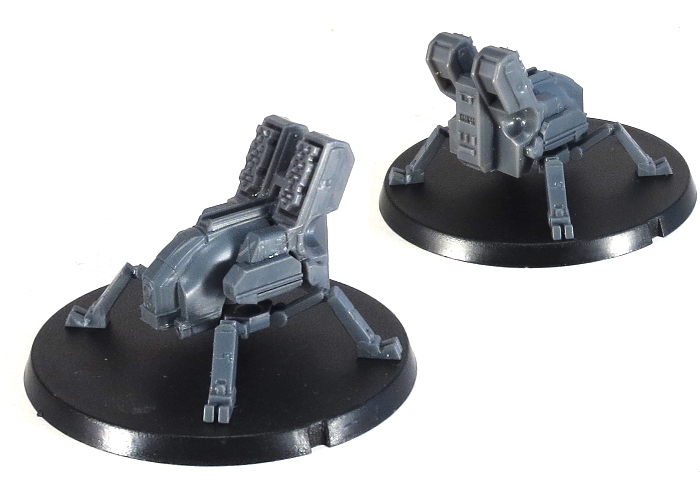 Cassio is based on a Firefly Drone, with the normal laser system replaced with an energy field projector. To create the projector, I used a flakk gun from the drone sprue, cut as below, and the muzzle of a radwave emitter and a cybel mine from the Faction Expansion sprue. 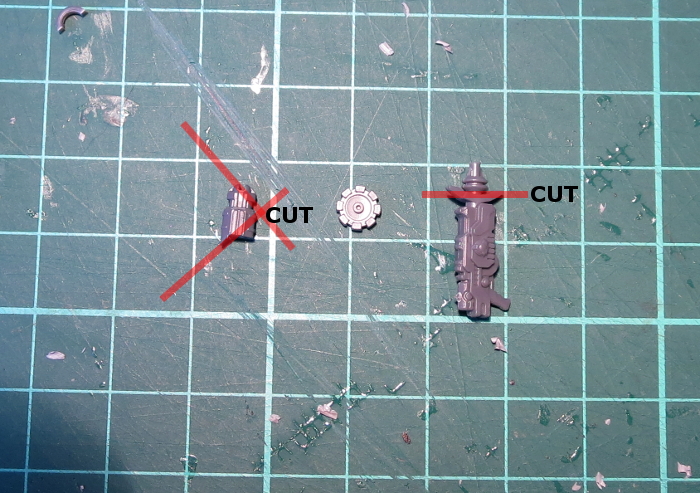 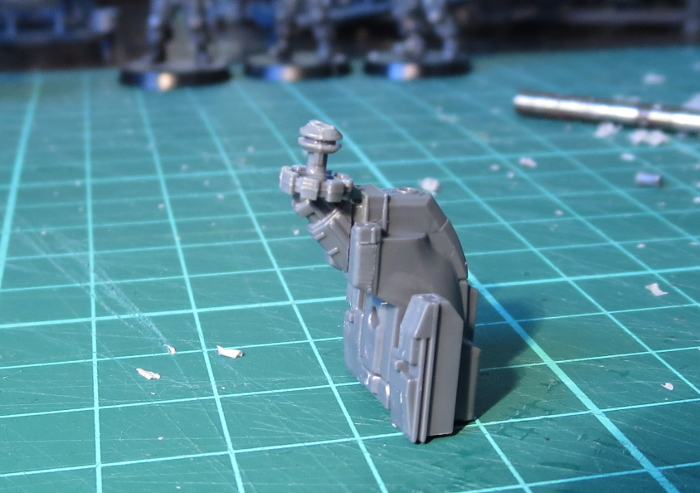 With turbines glued on and a flight base added, Cassio was ready for action. 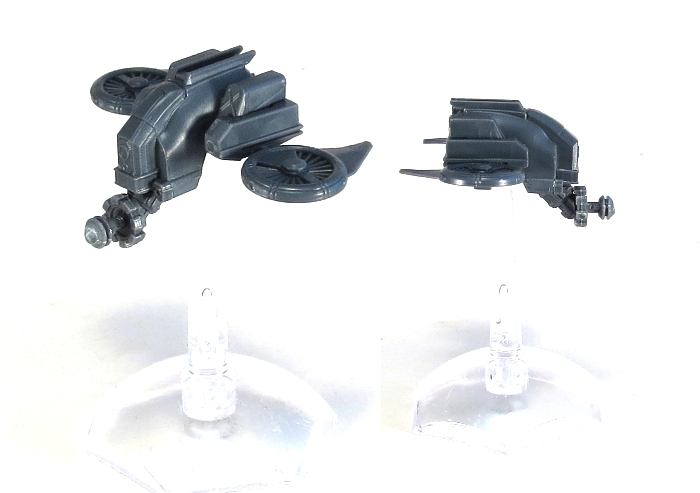 The unit all assembled: 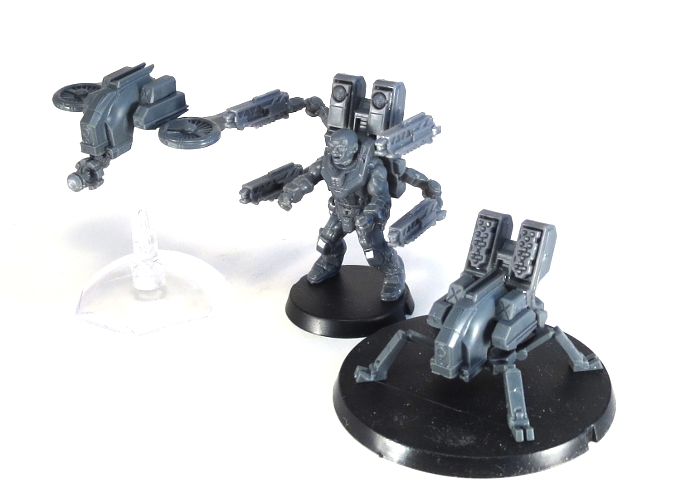 Next week: painting and rules card!

What have you done with your Master Bot Handlers? We would love to see your creations on the Comm Guild Facebook page!

To pick up this or any of the rest of the Maelstrom's Edge model range, visit the webstore here.

You're viewing a weblog entry titled Modeling Tutorial - Konstantin Moor, Veteran Bot Handler. If you like this entry you might want to: