Time for another quick and easy build!

The Maelstrom's Edge terrain sprue includes a nifty corner bracing piece, which would normally be used on the roof corners of flat-roof buildings to pretty them up a little. Because a lot of my buildings have angled buttresses or ballustraded roofs, I collect a lot of spares of this part. Looking for something easy and effective to do with them, I hit on the idea of turning them into shipping crates! 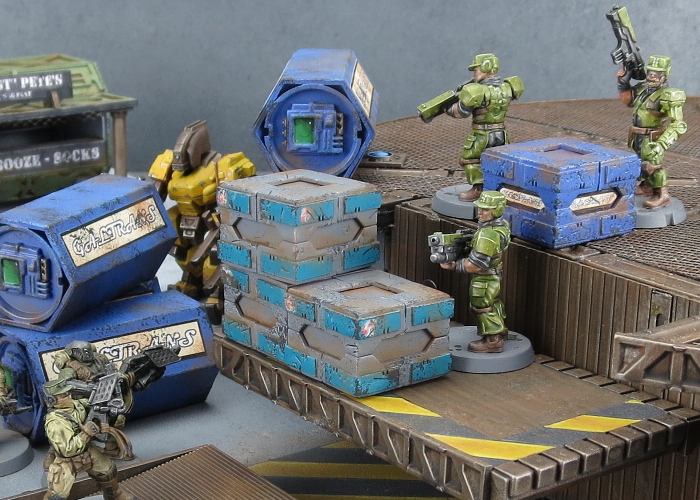 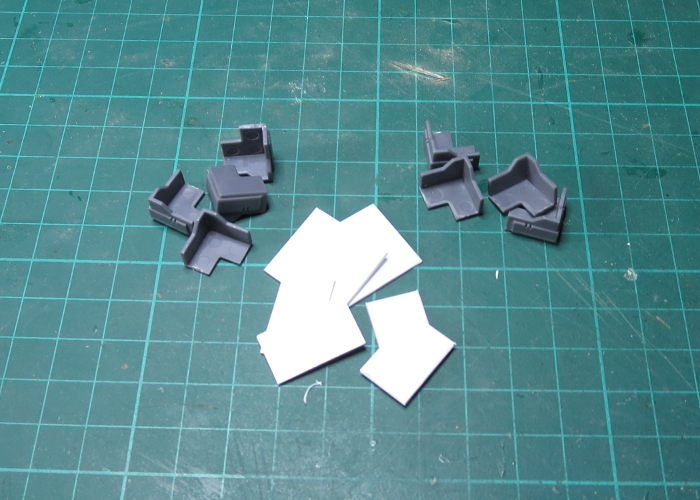 Start by placing the corner braces flat side down, and gluing them together in sets of four along the flat edges, as below: 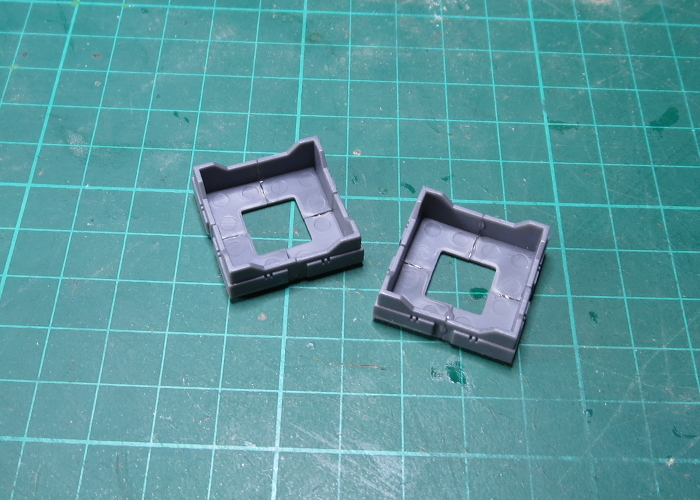 Glue your large squares into the two resultant boxwork shapes. If you're using plasticard, you can use polystyrene cement for this. Use superglue if you have gone with cardboard. 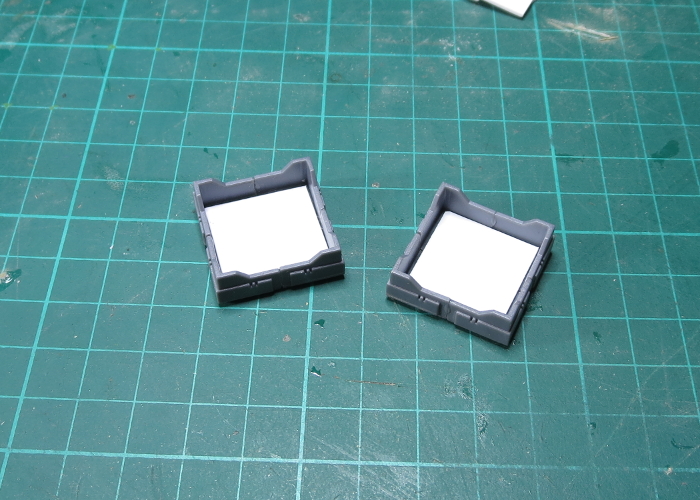 Next, take the 21mm long strips, and glue them along the inside of one of the boxes, along opposite sides. It doesn't matter which two sides you go with, so long as they are opposite each other. 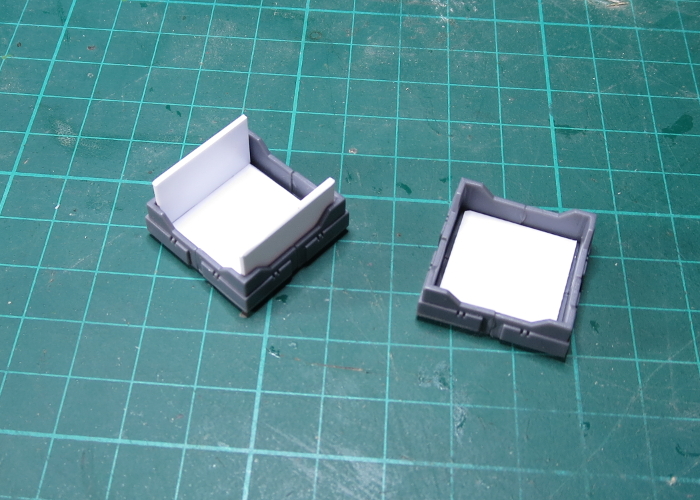 The 19mm strips should then fit neatly in on the other two sides. It's a good idea to check them for fit, and trim up if necessary before gluing them in. If you wind up with the corners of the strips not all meeting up exactly, it's not a problem, as they'll be hidden by the boxwork when you put the other side on. 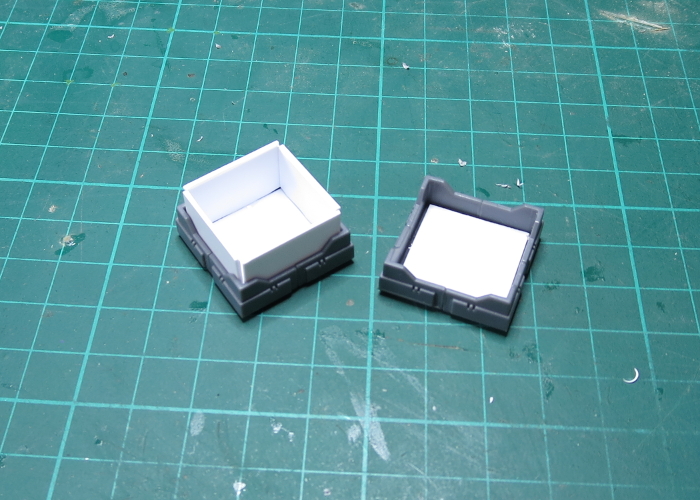 Speaking of the other side, you can now glue this on by sliding it on over the strips, until it butts up neatly against the first side. 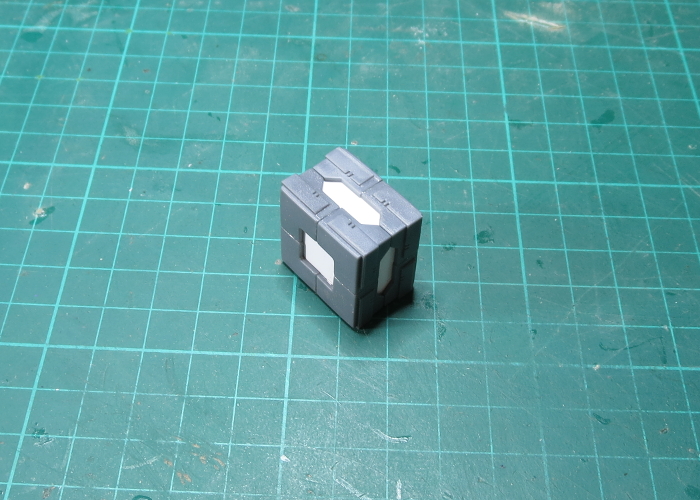 And that's it. They're really easy to put together, so (assuming you have enough corner braces knocking around) you can quickly assemble a few of them to stack up and scatter around the table for a bit of low cover. 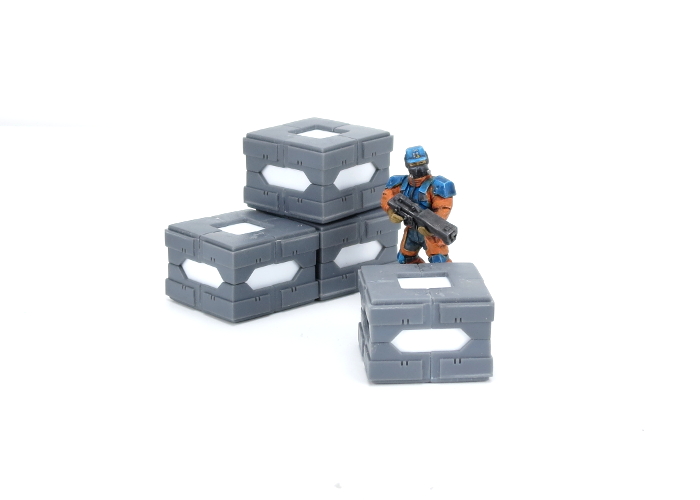 They're fairly light, so while they sit neatly on top of each other, you may find it beneficial to glue the stacks together so that they don't get knocked awry mid-game. This also gives you less surface to paint, since you won't need to paint the faces that are touching other crates! 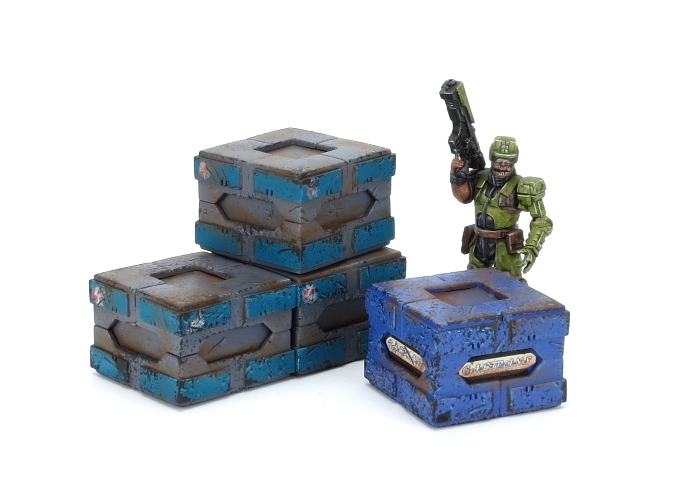 You're viewing a weblog entry titled Terrain Tutorial: Corner Brace Shipping Crates. If you like this entry you might want to: