I've been playing around with speed painting a lot lately (so much to paint, so little time!) and have been having a lot of fun experimenting with inks to achieve quick and easy shaded, table-top level results. This week I decided to see what I could do with some Army Painter Quickshades and the new SecDef Lieutenant model. 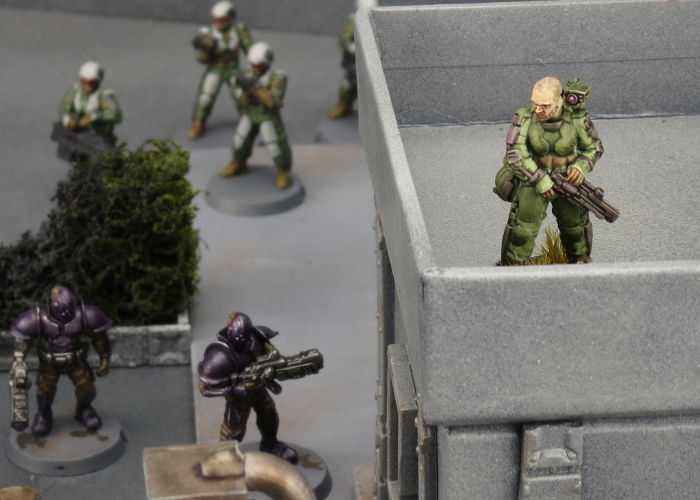 To start out, I basecoated the model with a flat, cream coloured spray. 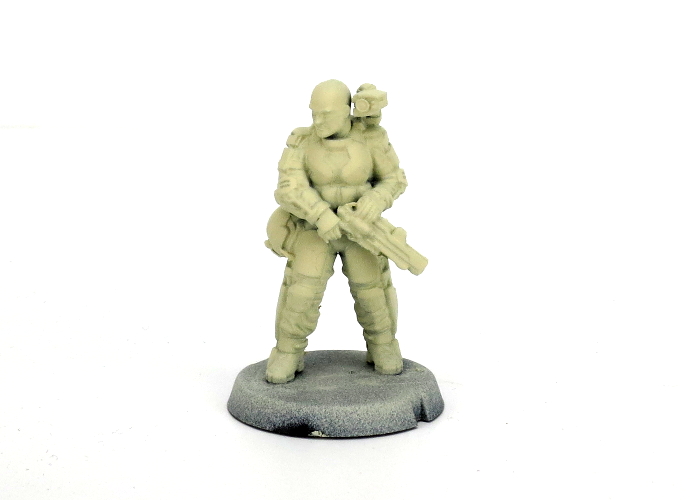 I then gave everything except his head a coat of Military Shader. 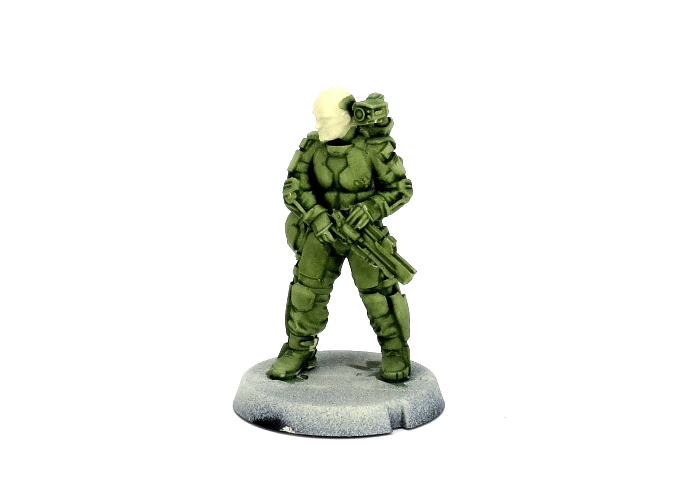 Once that first layer of ink had dried, I went over the armour plates with a second coat of Military Shader, and boots, pouches and gloves with two generous coats of Mid Brown. On the pistol and the exo-skeleton on the arms and legs, I used Purple Tone, which over the green resulted in a nice, slightly bluish-tinged grey. 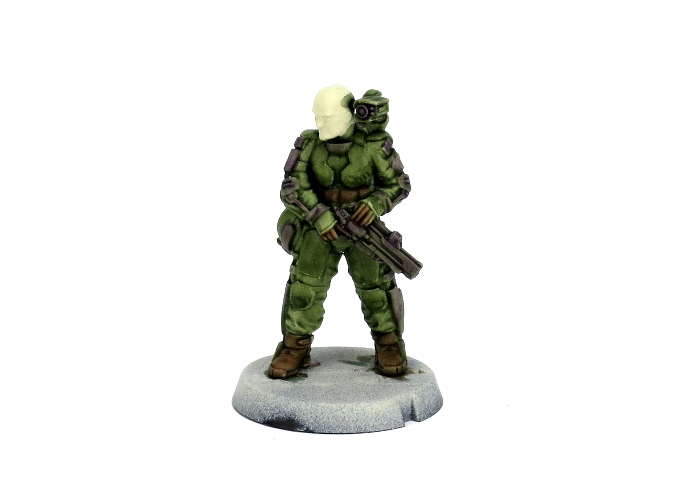 I decided that there wasn't quite enough contrast on the plates and exo-skeleton, so went over them with a coat of Dark Tone. 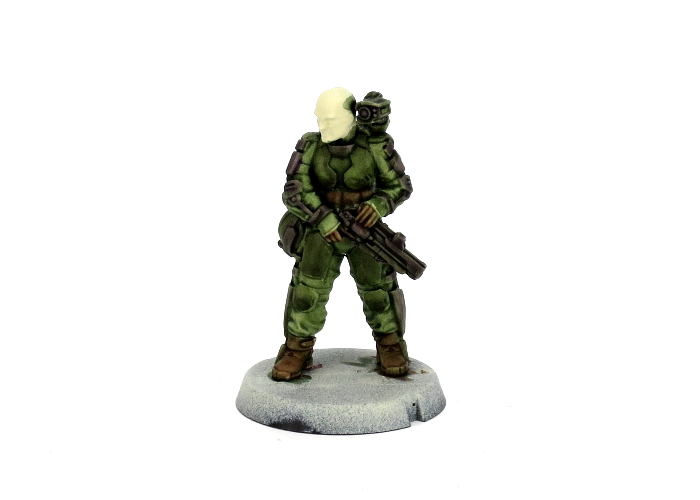 For his head, I painted on a generous coat of Flesh Wash. 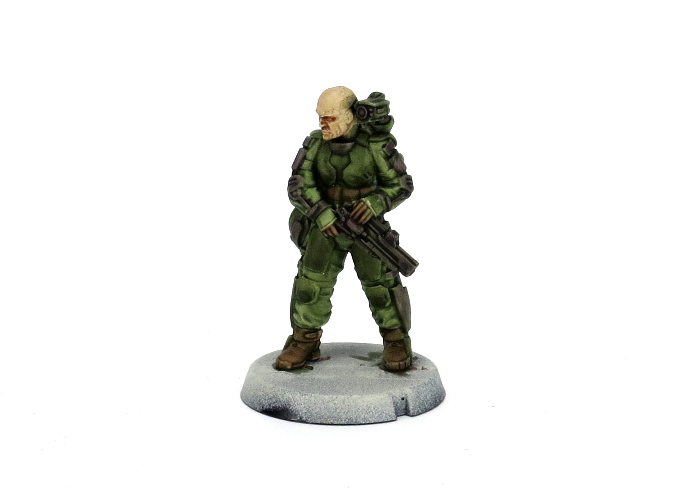 To finish up, I painted in his eyes with fine, white horizontal lines, and small dots of black in the middle. For his beard and some characterful head-stubble, I added a thin coat of Dark Tone. I also went over the lens in the targeter and the helmet lenses with white, then a layer of Red Tone, and then a highlight dot of white. Finally, I added some fine gravel to the base, and painted it with Army Green, a coat of Strong Tone, and then a light drybrush of Ash Grey, with a couple of grass tufts added for colour. 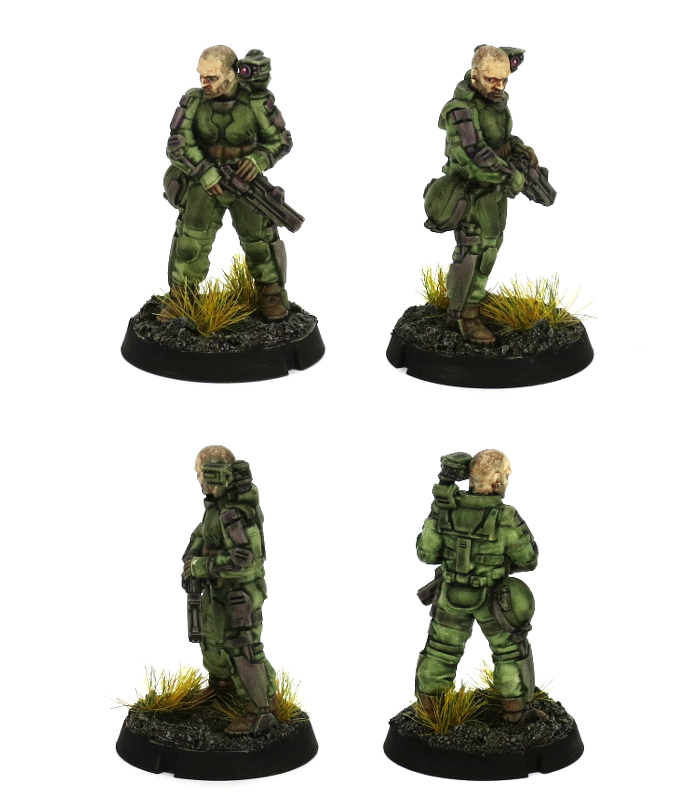 To take the paint job that little bit further, he could use a light edge highlight on the armour plates and exoskeleton, but for a quick, rough and ready job he's all set for the tabletop.

To start your own SecDef muster, you can pick up the SecDef Lieutenant, along with the rest of the Maelstrom's Edge model range in the webstore here.

You're viewing a weblog entry titled Painting Tutorial: Quick-Painting a SecDef Lieutenant. If you like this entry you might want to: