This week, I'm taking a break from terrain and having a closer look at the fantastic resin kit for the Nimbus battlesuit for the Artarian Remnant! 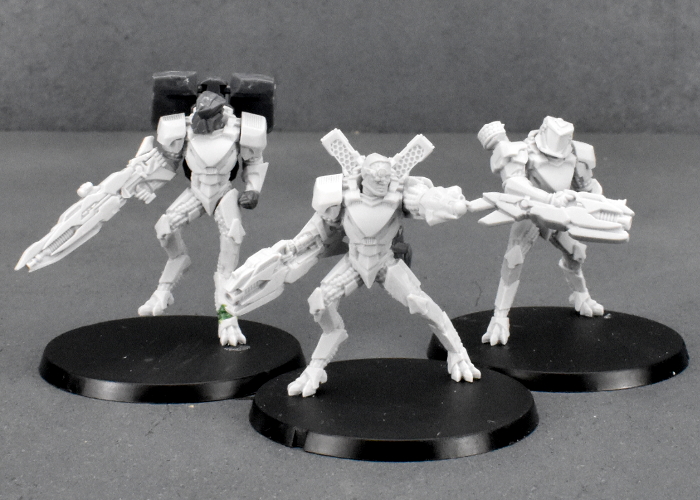 A smaller suit than the more common Militus, the Nimbus comes in a few less pieces as a result of being resin rather than plastic. The kit includes options for both the Longshot's sniper rifle, and the Pathfinder's Incursion Blaster and pinpoint scanner, as well as the thermal tracker and hologram projector for the shoulders and a cloak generator backpack. 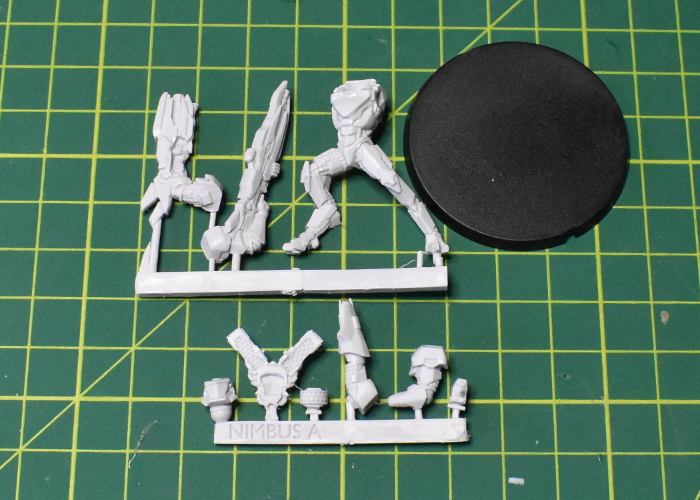 While there is only a single head includedin the kit, the neck joint is the same size as on the Militus. This allows you to use plastic heads in place of the regular Nimbus head. 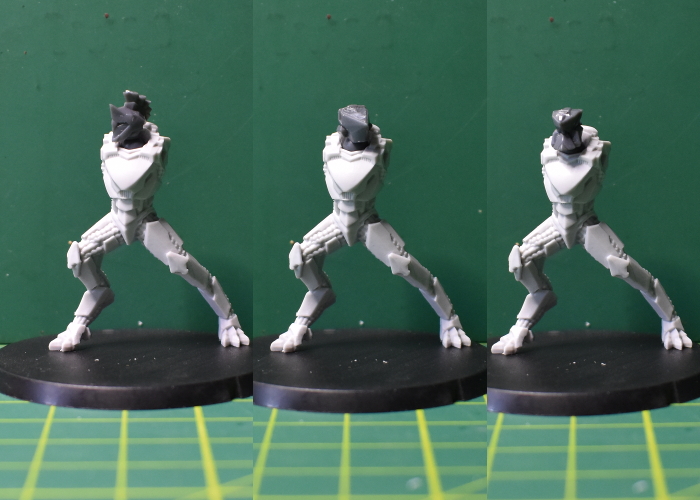 While they may not fit as neatly without some tweaking, you can also borrow heads from other factions for a bare head option. The model below has the head from a Karist heavy weapon trooper kit. 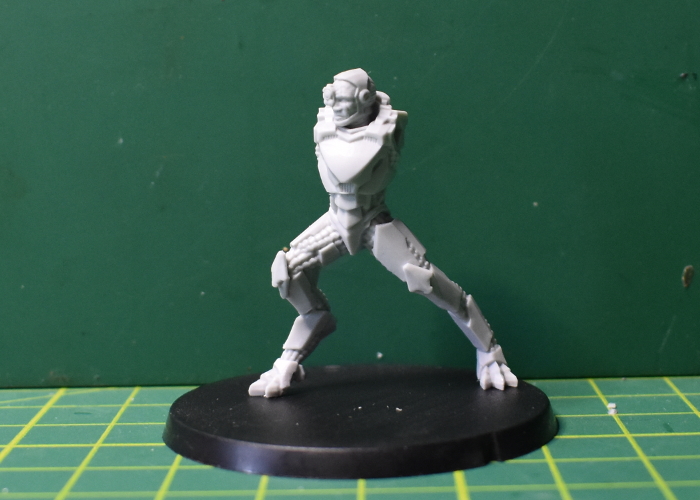 For faster-moving Nimbus variants, you can use a boostpack from the Militus kit. If you're building a boostpacking Pathfinder, be sure to glue the boostpack in place before the weapon arm, as the back of the blaster overlaps the bottom of the boostpack. 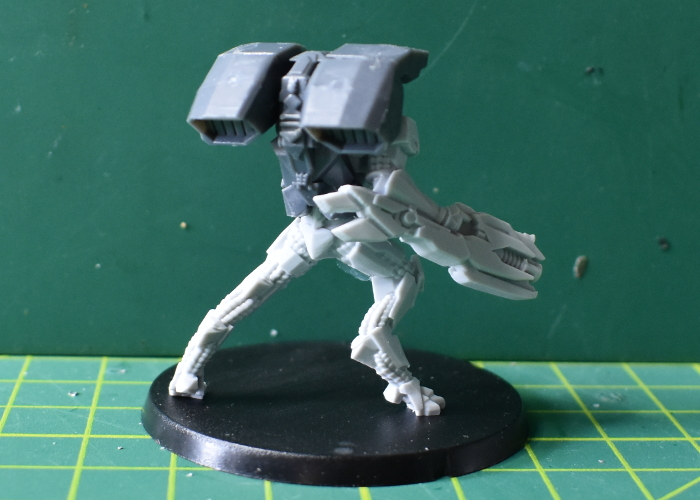 Alternatively, you can make a removable boostpack by trimming off the triangular pieces on the bottom, and then sitting it in place with a little bluetack. 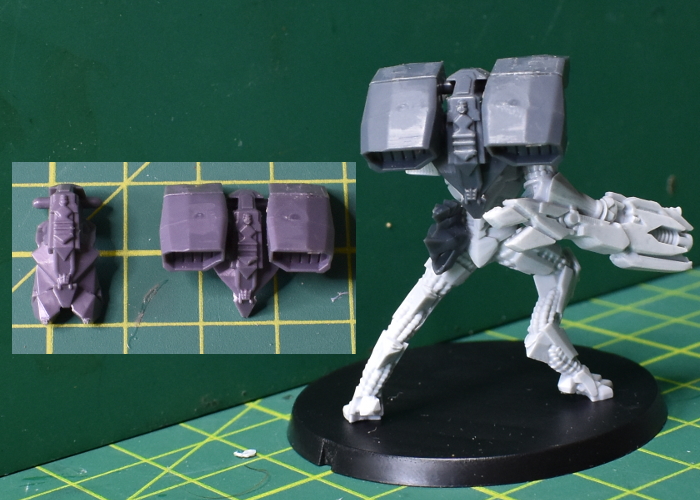 Including multiple shoulder pads would have made the kit a little too fiddly, so the pads were sculpted with the venting systems in place. If you're using any other shoulder mounted equipment, it just glues over the top of the vents, but if you not, and if you don't want the vents either, they can be easily covered over with a little putty. Just push the putty in place in the vent and smooth it down flush with the flat of a knife. If necessary, let it set and then give it a little sand to finish flattening it out. 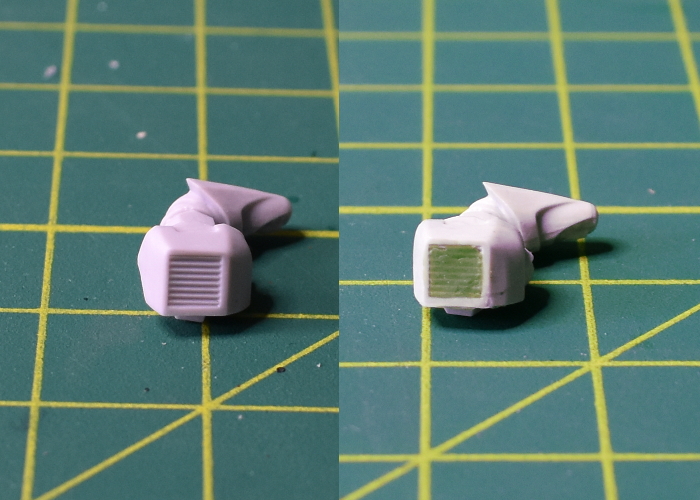 The arms mount at the shoulders with square locator pegs. These are there to make it easier to get the sniper rifle arms to fit together. You can reposition the arms by just slicing off the peg, so that the inside of the shoulder is flat, and then gluing it on however suits you. 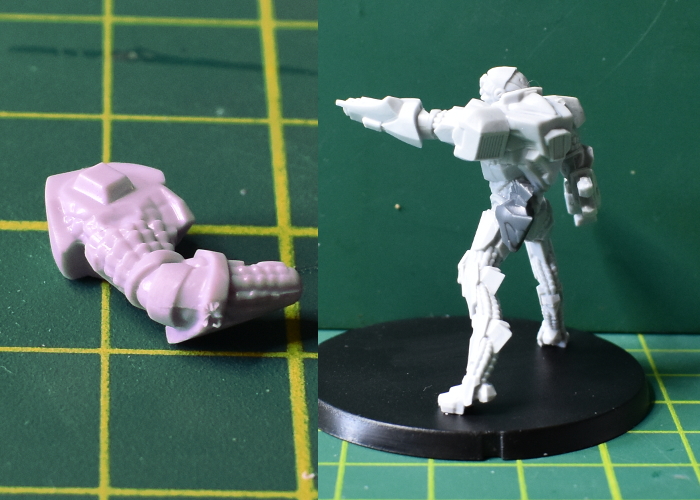 For some more extreme repositioning, resin is easy to cut through with a sharp knife or razor saw, and then reattach with superglue. 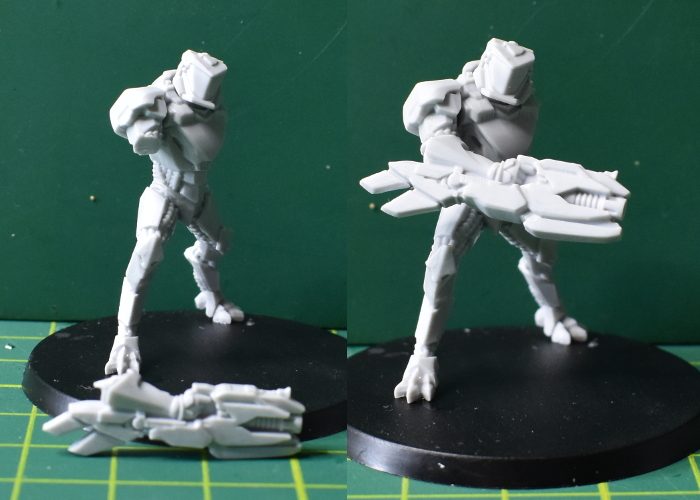 What have you done with your Remnant suits? We would love to see them on the Comm Guild Facebook page! 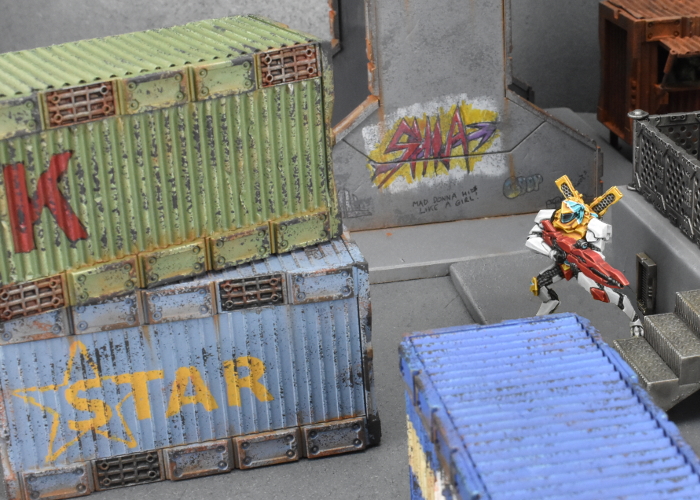 You can pick up the Nimbus suit, along with the rest of the Maelstrom's Edge model range from the webstore here.

You're viewing a weblog entry titled Model Spotlight: Remnant Nimbus Suits.. If you like this entry you might want to: