I'm continuing my stroll through the Wargames Atlantic model range. So far, I've made some short, alien scouts using Einherjar and heads from the Broken infantry sprue, and greatcoat-wearing Karist Troopers by combining Les Grognards and Karist parts. This week, I gave some Epirian Contractors the cold weather treatment, using the Raumjager Infantry box. 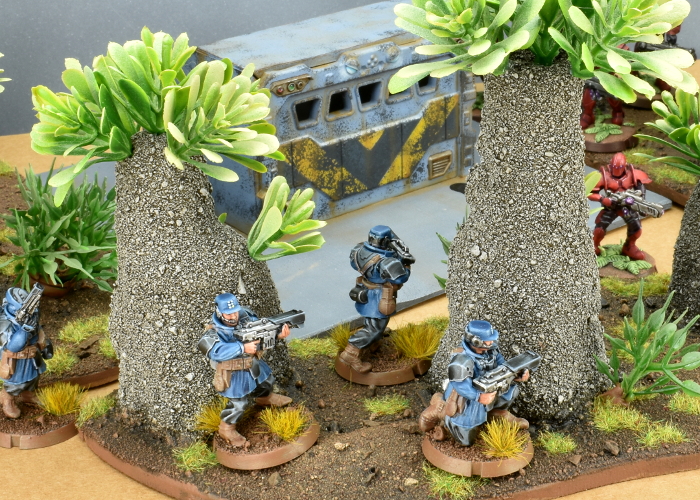 As with all of Wargames Atlantics' kits, the Raumjager are multipart, plastic models. To build my greatcoat Contractors, I used Raumjager bodies, and heads and weapons from the Epirian Contractor kit. The Contractors have rolled up sleeves, which didn't seem ideal with long coats, so I used the sleeved versions from the Faction Expansion Sprue instead. 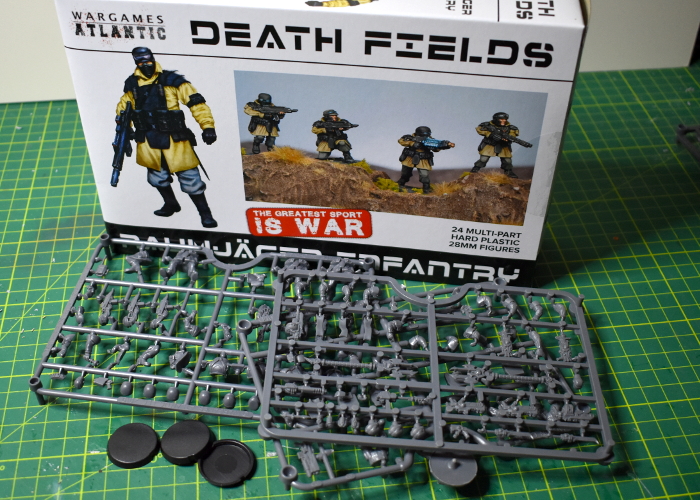 As with the previous kitbashes, the one difficulty is with the Wargames Atlantic models having shorter neck attachments than the Maelstrom's Edge models. This is easily fixed by drilling out the neck slightly with a 2mm drill bit. 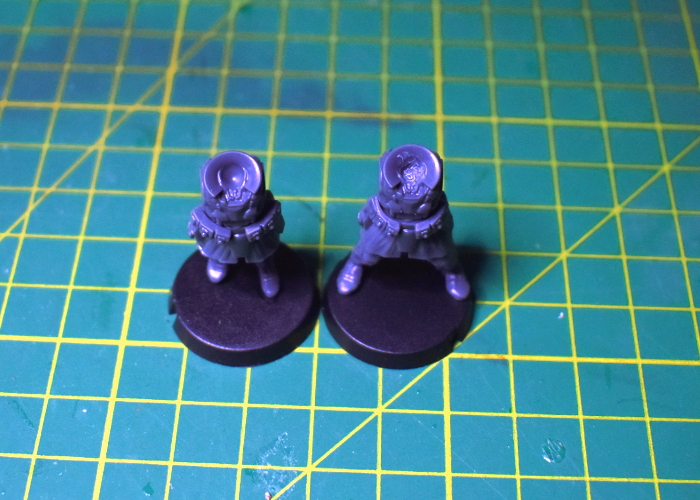 The Raumjager torsos are slightly wider than the Epirians but are close enough that everything still fits in place once arms and weapons are glued on. 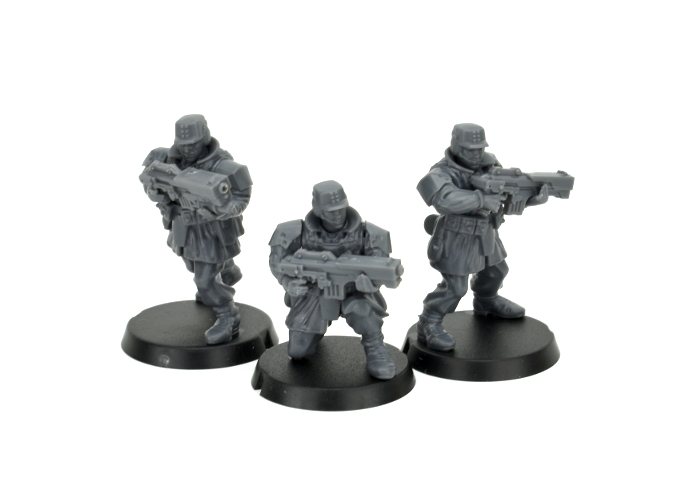 I painted these using Army Painter paints, starting out with a base coat of Wolf Gray spray. I picked out the face and hands with Barbarian Flesh and metal parts with Plate Mail Metal. I added a layer of Dark Tone over the weapons, pants and armour, and Blue Tone over the coats and hats. I also went over the skin and leather parts with Mid Brown but, while this worked ok over the skin, didn't tint the leather parts as well as I wanted. So after this dried, I went back over it with Leather Brown. Finally, I highlighted the leather and skin with Skeleton Bone, and picked out the Epirian badge on the hats with white and yellow. 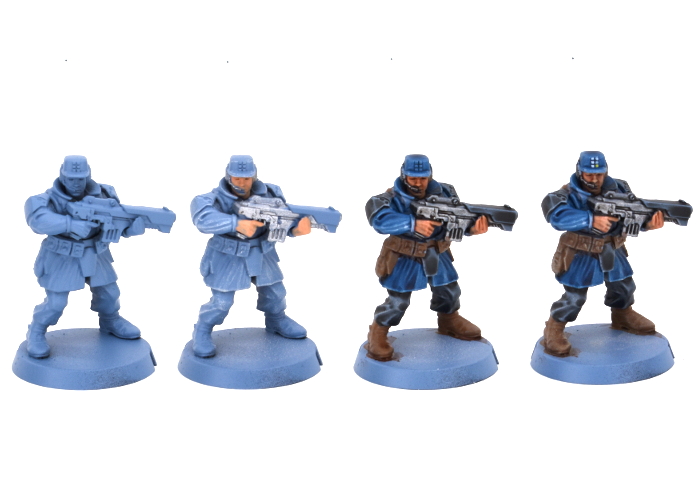 With basing done, the unit was ready for the table. 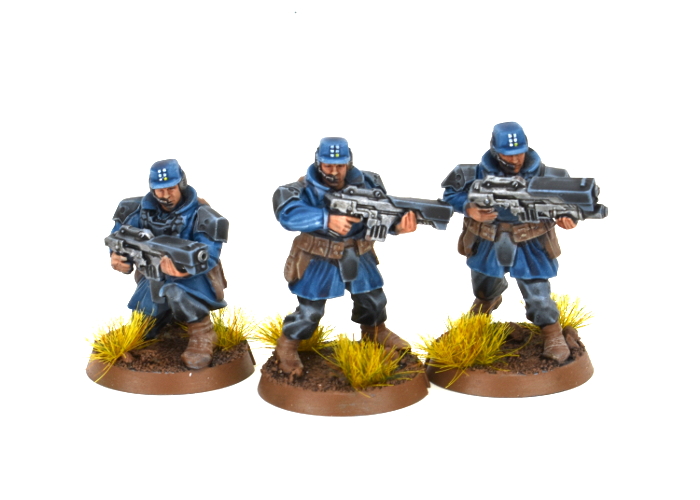 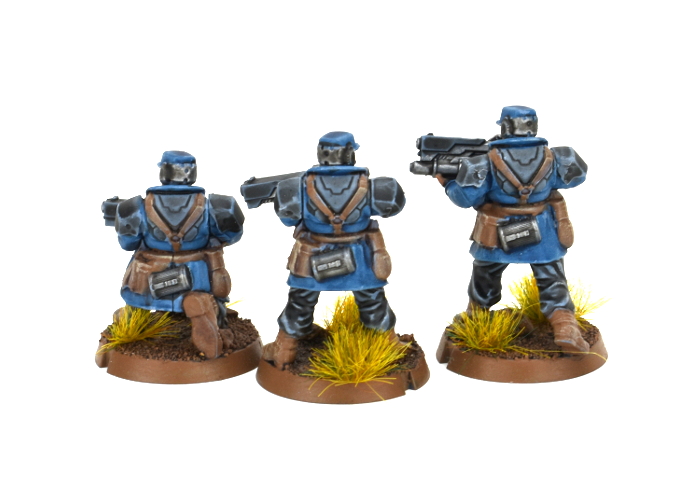 To lead them into battle, I also threw together a Bot Handler, using another Raumjager body and arms, head and uplink bar from the Epirian Handler kit. 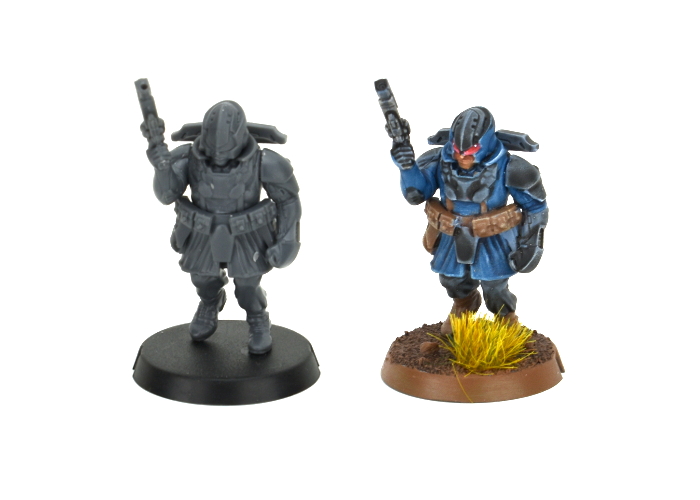 Put together your own Epirian force of fashionably warm doom by picking up the plastic Contractor kit, along with the rest of the Maelstrom's Edge range from the webstore here.

Awesome. Just added your blog to my feedly. I'm really exploring the 28mm scifi ranges out there these days for kitbashing. I'm mostly system agnostic, looking for cool kitbashes for RPGs and various skirmish games. Thanks for sharing cool content from this niche area of the hobby!

That kitbash is amazing.

I've long looked for a use for the arms on the contractor kit because the oversized shoulder armor without body armor or helmets just didn't work for me. I always liked the rest of the kit - especially the practicality of the chaps on a frontier world. Some of my favorite conversions I've seen were combining regular arms with the contractor bodies. (The comm guild even had one such conversion back in late 2019.)

Now I realize that those arms work fantastically when combined with an armored torso, like the Raumjagers.

You're viewing a weblog entry titled Kitbash Spotlight: Greatcoat Contractors. If you like this entry you might want to: