Sometimes it's nice to take a break from putting together armies and just paint something for fun. There's nothing better than taking some plastic and doing something new and shiny with it for getting some creative juices going, and it's a great way to explore the rich background of the game.

When I first got my hands on the plastic Kaddar Nova kit, I had an image of him standing in some imposing fashion unleashing a minnow like a trained hunting bird. I built the bare bones of this little diorama some time ago, but only just found the time to get it finished off and painted. 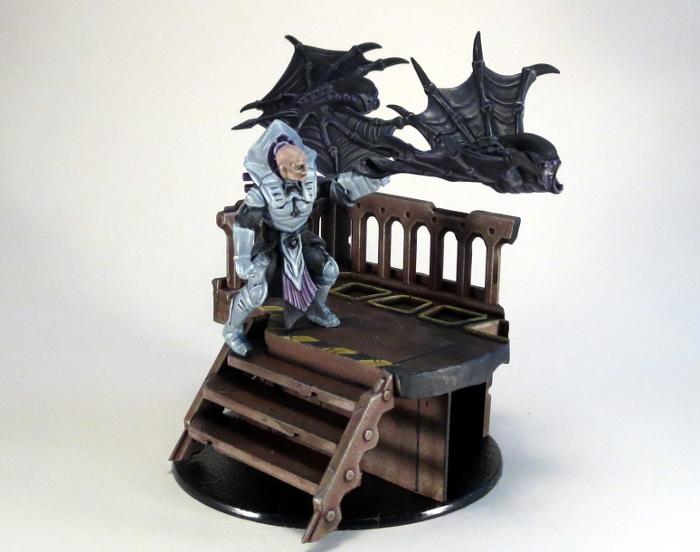 This piece was assembled from 3 different kits. The balcony was assembled almost entirely from components from the Maelstrom's Edge terrain sprue, with a little plasticard to fill in around the sides. The balcony floor is cut from a garage door, with the windows filled in with the gratings from the support struts cut into a trapezoid shape. The railing is made from a ladder, with one side trimmed off. The trimmed off side served for the sides of the staircase, with the stairs themselves made from lengths of support strut glued in detail-side down. 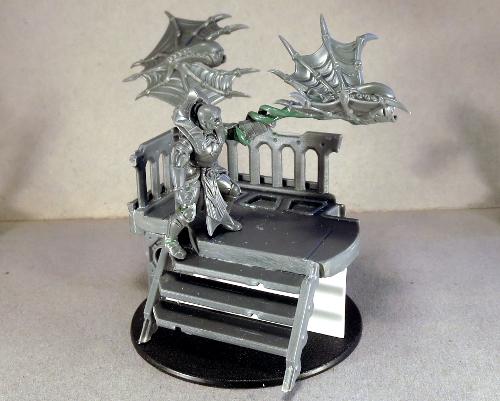 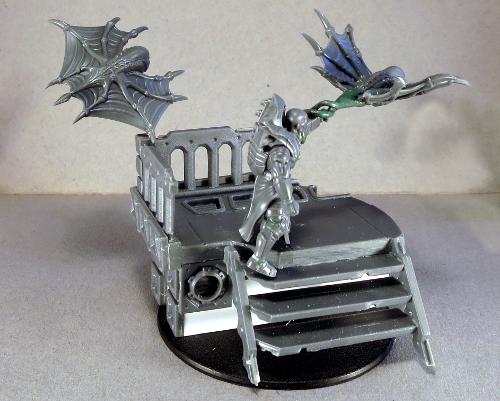 The Kaddar Nova is largely stock, although there was some small alteration of the legs (narrowing the groin area to bring his legs closer together and bending out the right foot so that his toe-tip would touch the lower stair). 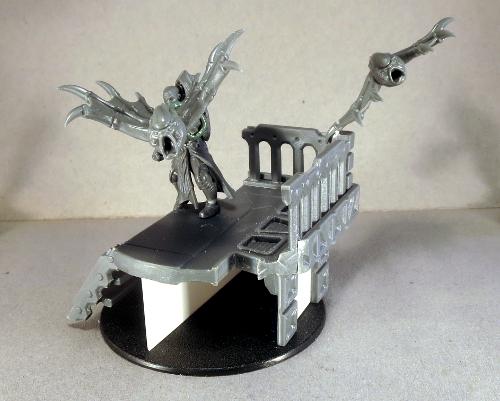 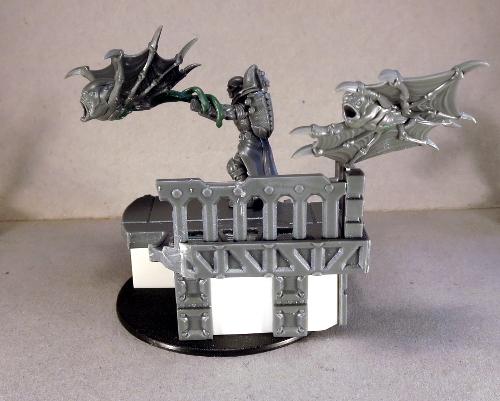 Likewise, the Minnows are assembled as normal, with the one launching off the Nova's hand losing his original tail and a new one made with a length of wire and some green stuff. The wire is glued into a small hole drilled in the Nova's forearm, which is covered up by the putty. 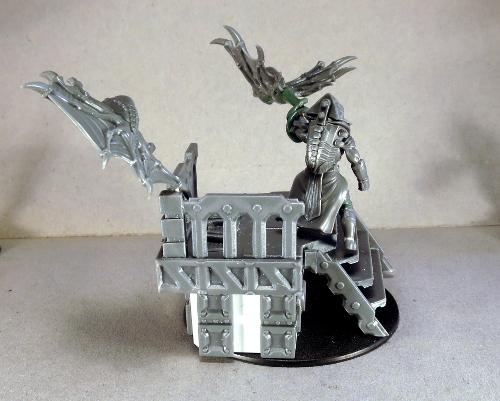 When painting something unusual, I like to try pushing my boundaries a little as a change from the repetitiveness of painting gaming forces. For this piece, I decided to go for a nice, bright, white armour, as I generally tend towards darker colour schemes. The trick with white, oddly enough, is to not make it white. Most white things aren't actually white to look at. Shadows add layers of grey, and reflections add other shades to the mix. (This goes for black, as well!) I wasn't about to try painting reflective armour this time around, but I did use Vallejo Light Grey blended into the white to shade the armour. The end result is possibly a little more grey than white, but I'm still pretty happy with how it turned out. 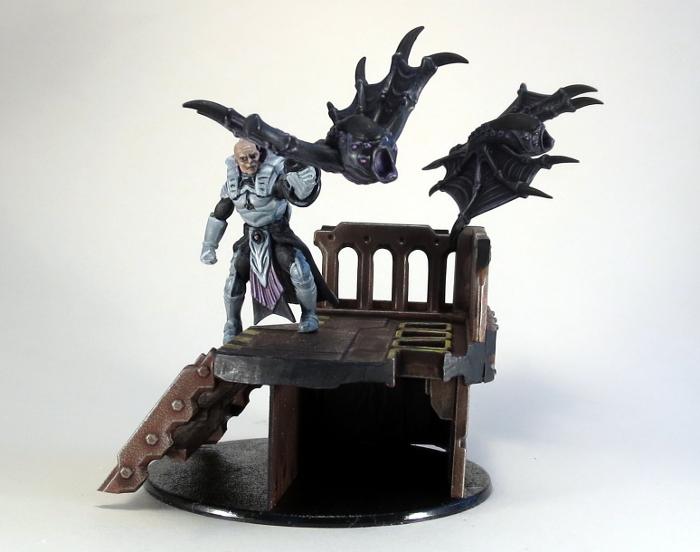 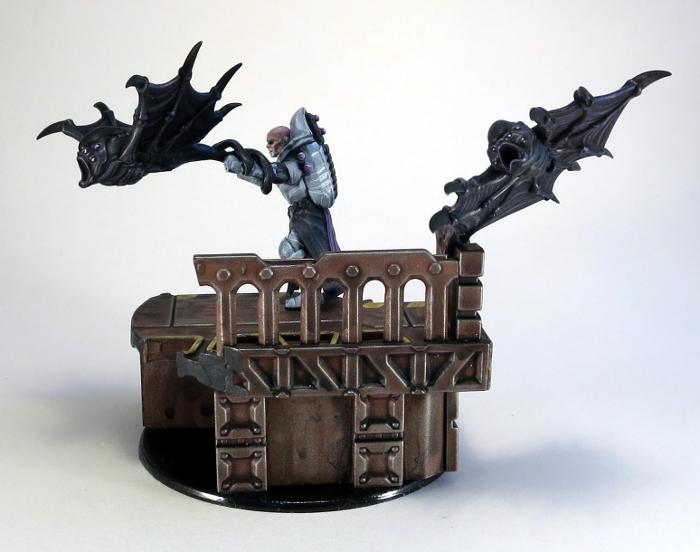 The Minnows were painted using a slight variation of the scheme I used for my winged Mature Angel a couple of weeks back. They were undercoated black, and then drybrushed with dark grey (Vallejo Heavy Charcoal, in this case) and then with purple (some old Citadel Warlock Purple and Tentacle Pink mixed together). This was then washed with some Army Painter Dark Tone to smooth out the drybrushing. 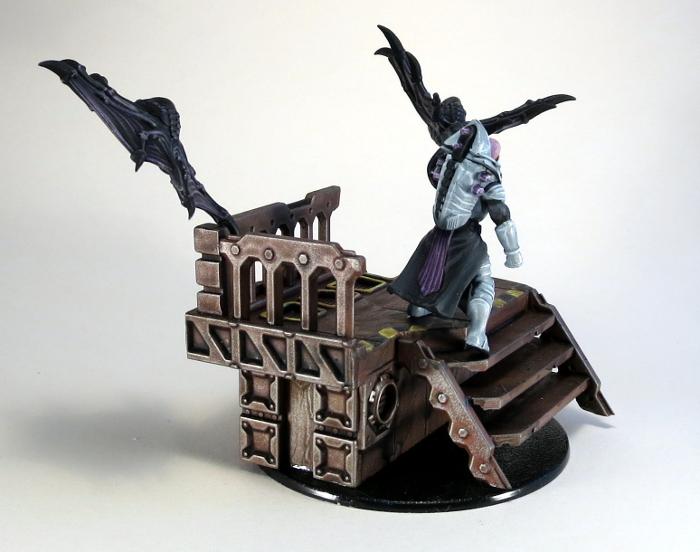 The balcony was painted using the weathered metal recipe shown in the article here, with the addition of some scratches, hazard stripes and yellow detail around the window/vents to break up the expanse of rusty metal a little. 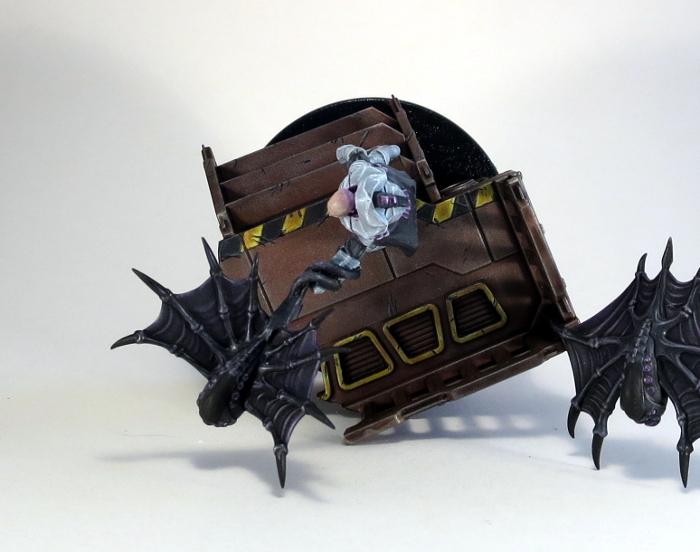 The end result is a simple little scene that I think is nicely evocative of the Maelstrom's Edge setting. If you want to try something similar, you can pick up the components used here from the Maelstrom's Edge webstore. As always, feel free to share your creations on the Comm Guild Facebook page!

You're viewing a weblog entry titled Conversion Spotlight - Kaddar Nova Mini-Diorama. If you like this entry you might want to: