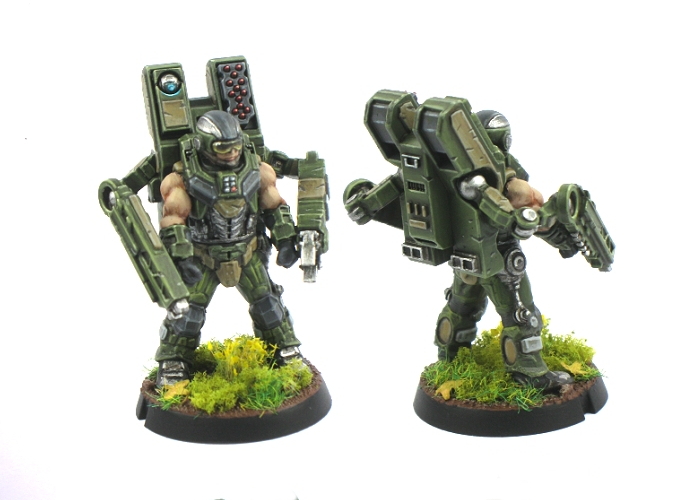 Polystyrene cement - only use superglue if you want to go insane! All of our models are designed to be assembled with polystyrene cement as it gives some time to re-pose while gluing, fuses the models together and prevents brittle joins like other glues do. Make sure you have polystyrene cement in your toolkit before you begin.

Dry fit before gluing! - There are lots of pose options possible, but that means there is also the freedom to screw up and make some bad poses! Sticking the parts together and seeing how things look will usually lead to a model that is fairly static and repetitive. You should consider the parts available and ensure that you have a pose in mind before you start gluing things together. If in doubt or insecure about your talents in the posing area, we recommend you try to copy the poses from some of our studio models found here in the gallery.

The sprue comes with parts to assemble one model, with two different body options, two each of four different arm weapons and two each of the backpack equipment options: 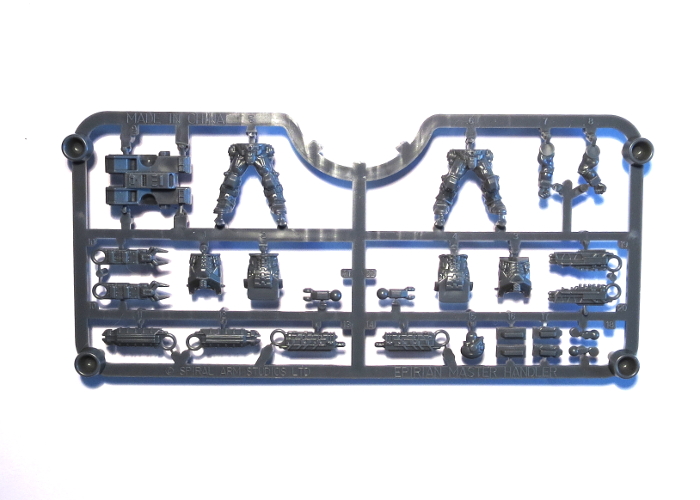 You can find the rules and options for the Master Bot Handler's equipment in the Force Builder section of the Maelstrom's Edge website. It's worth noting that rules-wise, if you go all out on ranged weapons you'll wind up with one more weapon than the Master can actually fire in a turn, so while that can be handy for versatility if you have the points available, it's worth considering how you will use him on the table before you start gluing bits on! 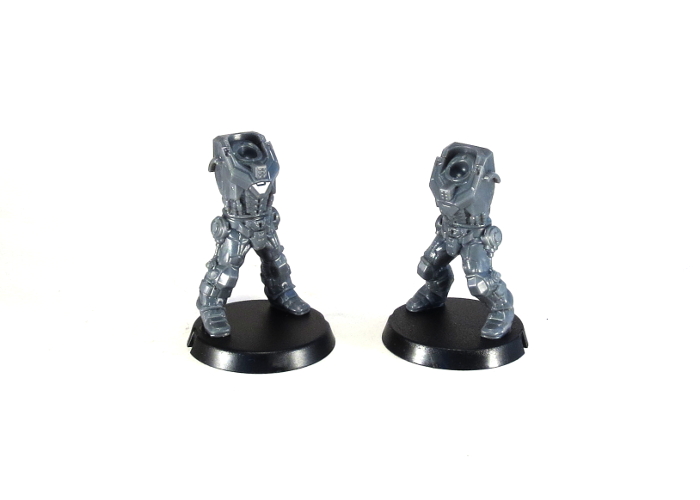 The neural nodes (part 16) cluster missiles (part 17) fit into the rectangular recesses on the top of the backpack, and can be paired or taken as one of each. 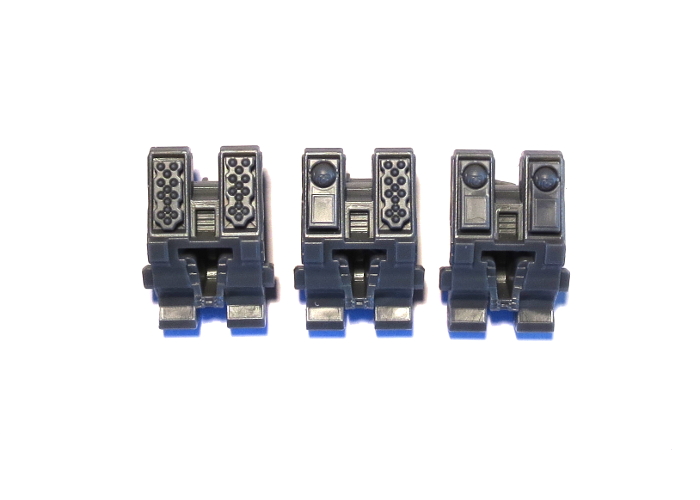 Note: Due to a well-intentioned but mistaken last minute change by the sculptor before the sprue went for tooling, the neural nodes and cluster missiles have differently-sized locator bars on their backs that slot into matching recesses on the backpack. As the bar on the neural node is slightly longer than that on the cluster missile pod, this means that if you want to use a dual-node configuration (or just want to put a single neural node on the left instead of the right) you need to trim off the ends of the bar to allow it to fit into the missile pod's slot. 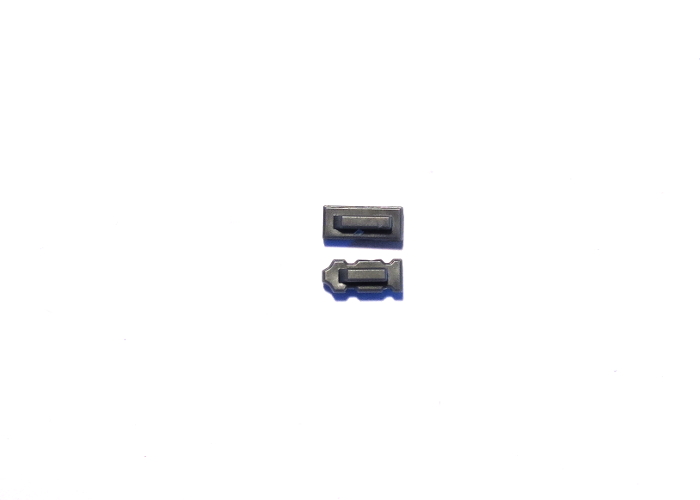 Backpack, head and arms can be glued in place to set up the basic posing. 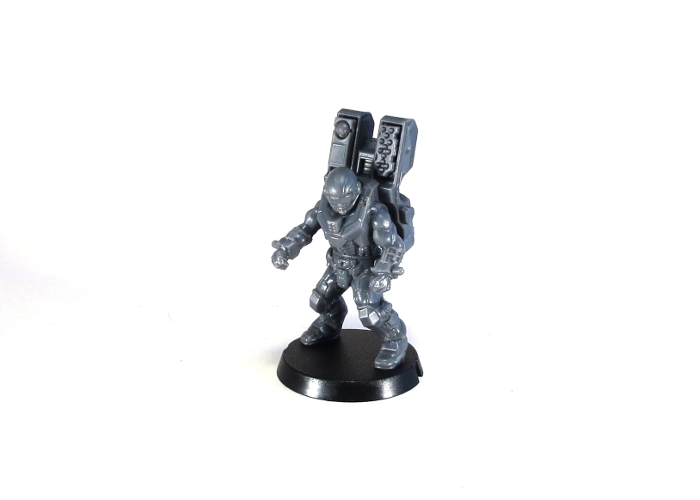 Assembling the weapon arms all in one go is a little fiddly, so it's best to glue your chosen weapons onto the arms first. The sprue comes with the following weapons: 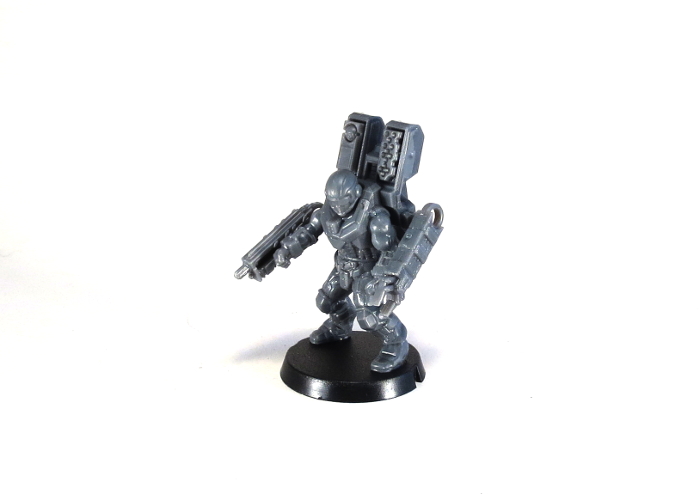 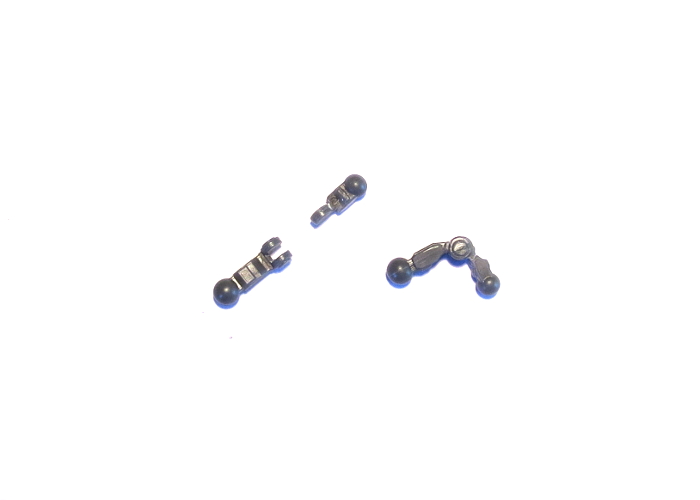 The flat disc on part 18 slots into the middle of the two matching discs on parts 21/22. If the fit is a little too snug, you can file or shave down the sides of the disc a little. Don't get too carried away, or you'll make it fit too loosely. 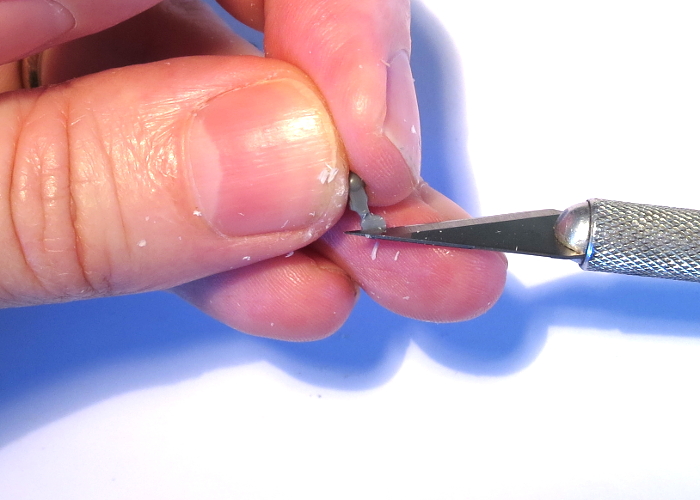 The two parts joined at whatever angle fits the posing of the arms and weapons. The best bet is to glue the join with a touch of plastic glue and then dry fit the support arm against the model to get the right angle on the joint, ensuring that the larger ball fits neatly into the recess on the backpack, and the smaller ball sits into the outside of the ring on the weapon. Once you're happy with the angle of the joint, glue the ends in place. 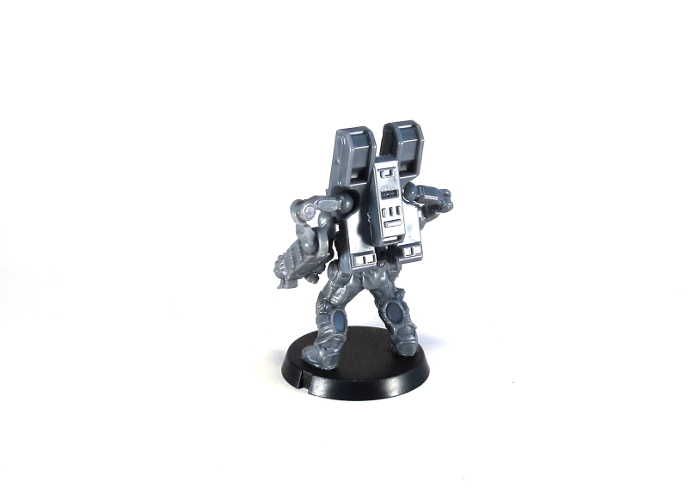 From there, your model is ready for painting! 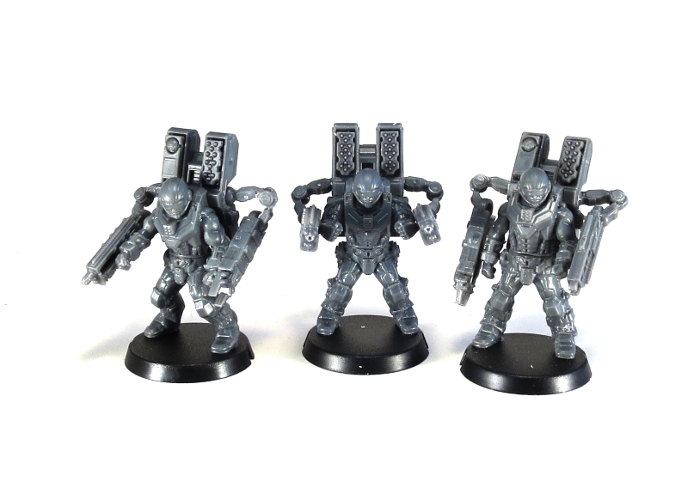 For modeling help, to discuss how best to use the Master Bot Handler in your games, or to share your models, head on over to the Comm Guild Facebook page.

You can pick up the Master Bot Handler, his accompanying Firefly Drones, and the rest of the Maelstrom's Edge miniature range, from the webstore here.

You're viewing a weblog entry titled Assembly Guide - Epirian Master Bot Handler. If you like this entry you might want to: