I've bought a couple of different materials for making water terrain features over the years, but other than using a tiny bit of Woodland Scenics' 'Realistic Water' in the watering trough in my Sci Fi Stockyard some time ago, I've never really done anything with it. So this week, I decided it was time to get my toes wet. 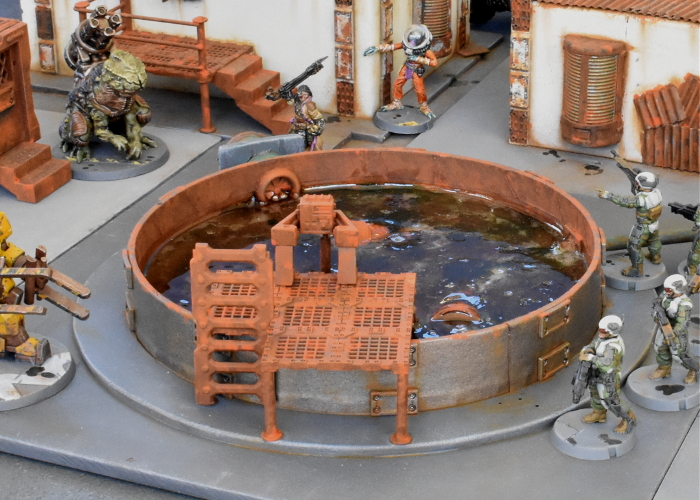 The main part of this water tank was originally the lid of a cylindrical gift box. 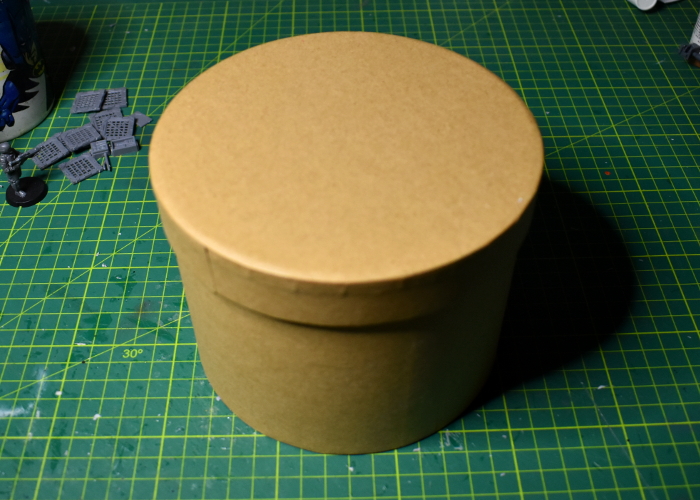 I flipped the lid upside down and used it as a template to cut a circle out of a sheet of foamed PVC for the lid to fit neatly into. A plastic plate served as a template for a larger circle around the tank. (Note: if you're using plates for circle templates, plastic is best. China or ceramic plates are often not perfectly circular!) 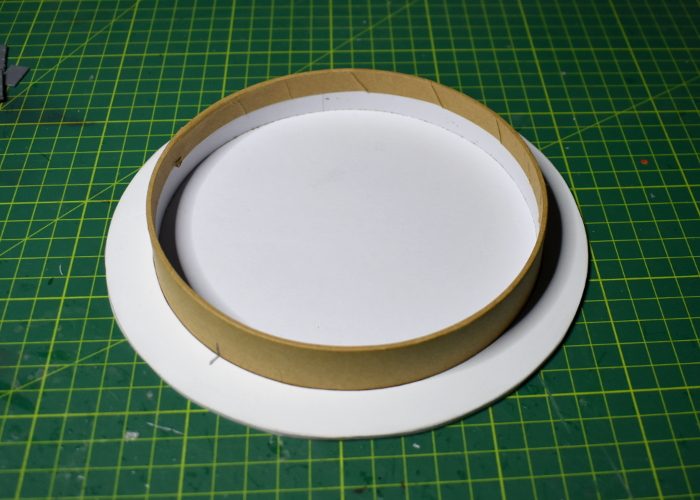 After gluing the tank and surround down to a square of hardboard, I started detailing. A thread spool that I had tucked away in my 'to be turned into terrain' pile looked like a perfect base for an overflow pipe, with additional detailing added from some more foamed PVC and a porthole and exhaust fan from the 2nd Maelstrom's Edge terrain sprue. 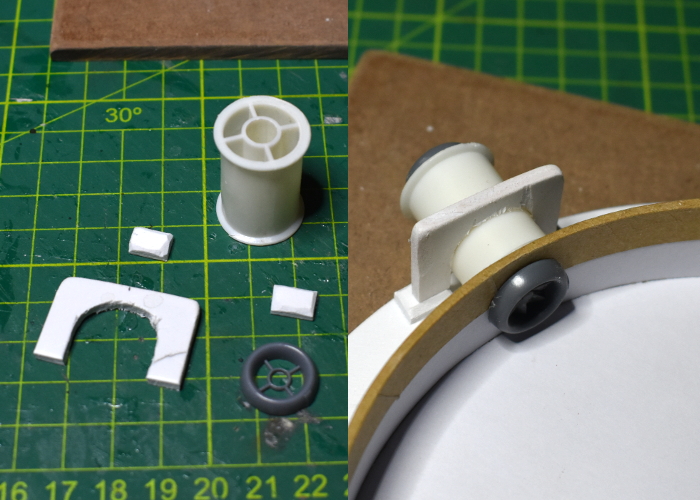 I also took a bunch of floor grates and pillars from Terrain Sprue #2, and half of a ladder from the Terrain Sprue #1 to make a platform. Onto this, I glued a control panel made from an antennae array from sprue #2 and a couple of trimmed down trapezoid windows from sprue #1, with a piece of plastic tube to finish it off. I made sure this would fit where I wanted it, but held off on gluing it in place until it was painted. 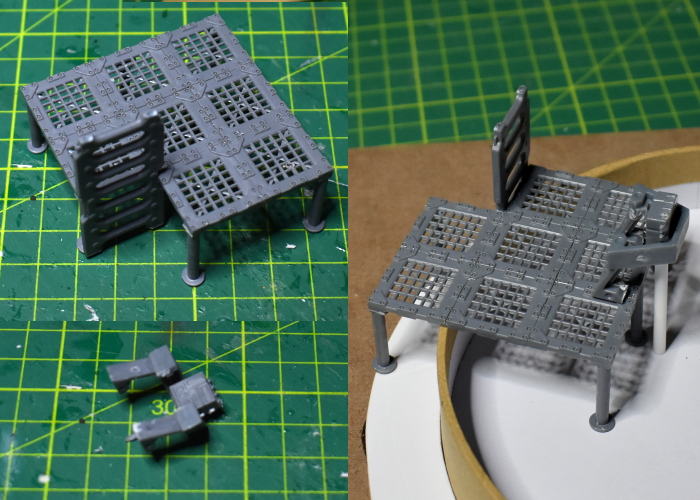 To add some detail around the outside of the tank, I took some loose strut panels from sprue #2 and curved them slightly over a marker pen before supergluing them in place at intervals around the tank. 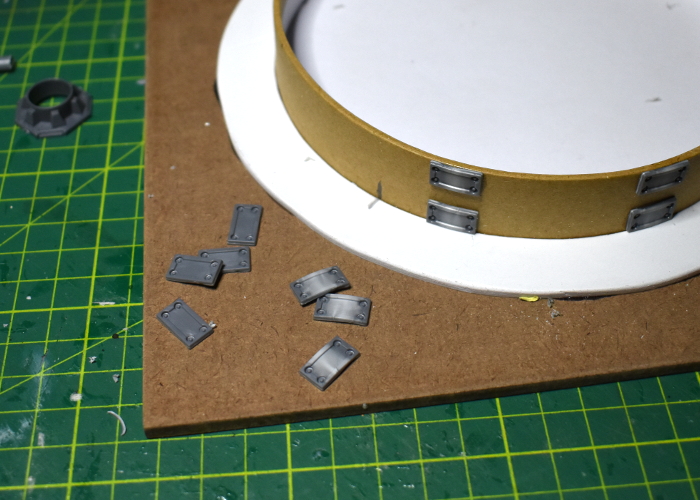 Some small pipe fittings, a little plastic tubing and a piece of sprue cut from Terrain Sprue #1 served to make a smaller fill pipe. And finally, because it's against the law to make a water feature for a sci fi table and not have a barrel floating in it, I dug one out of the bits collection. After cutting through it at an angle with a razor saw, this gave me two barrels to glue in place inside the tank. 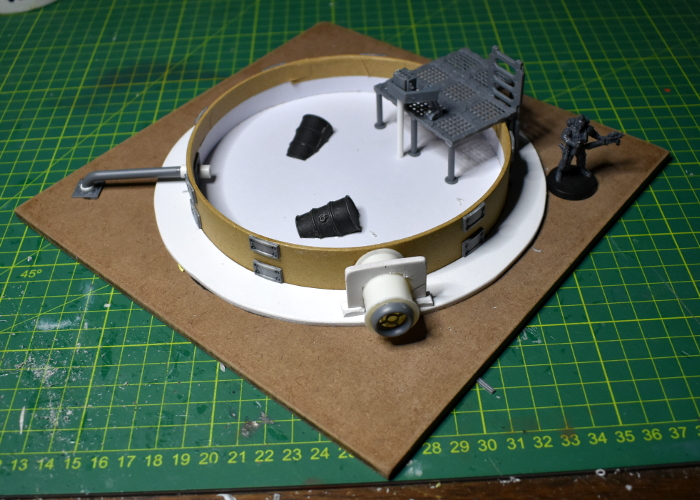 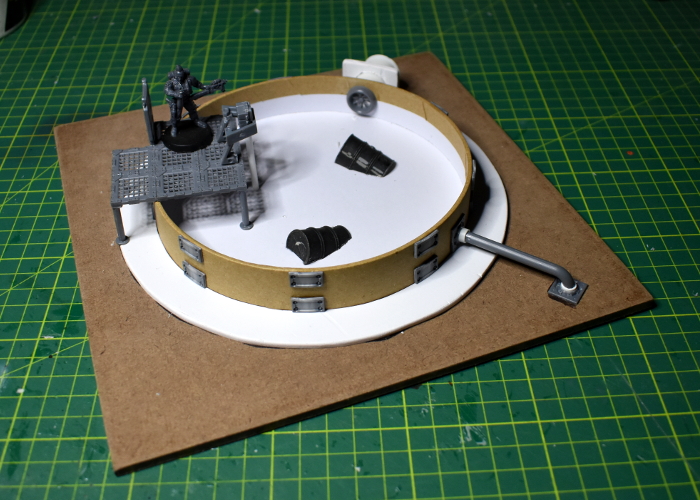 Painting consisted of spraying the whole thing with a brown 'Rust Basecoat', adding a coat of Army Painter Gun Metal around the outside, and then going to town with browns, oranges and Army Painter Dry Rust. On the inside of the tank I also added some swirls of green, before gluing the platform in place and filling the tank with several layers of Woodland EZ Water and Realistic Water, adding drops of Army Painter inks in between to provide some swirly patches of colour. This wasn't entirely successful, as the inks reacted with the Realistic Water and made it dry a bit lumpy - the key would seem to be to make sure that the inks are fully dry before adding the 'water'... or using Woodlands own pigments that are actually intended for this job! 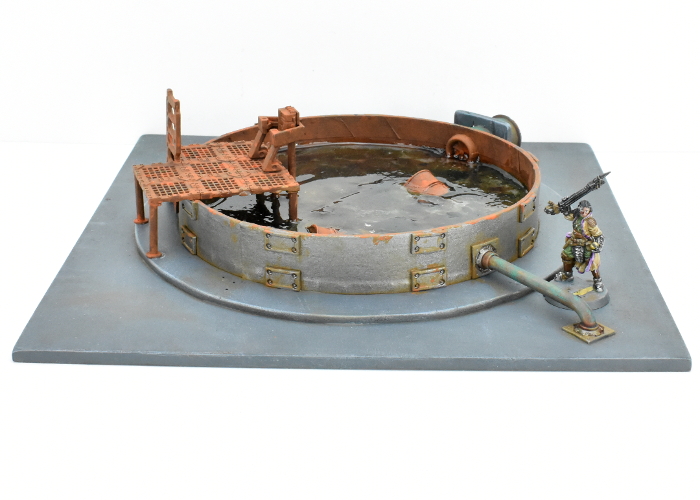 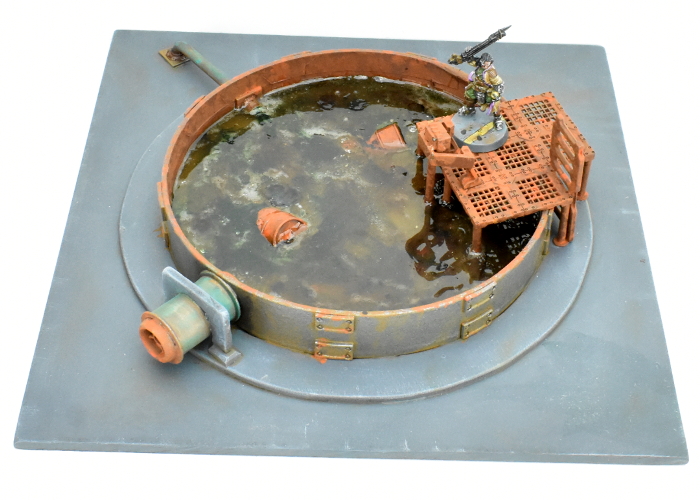 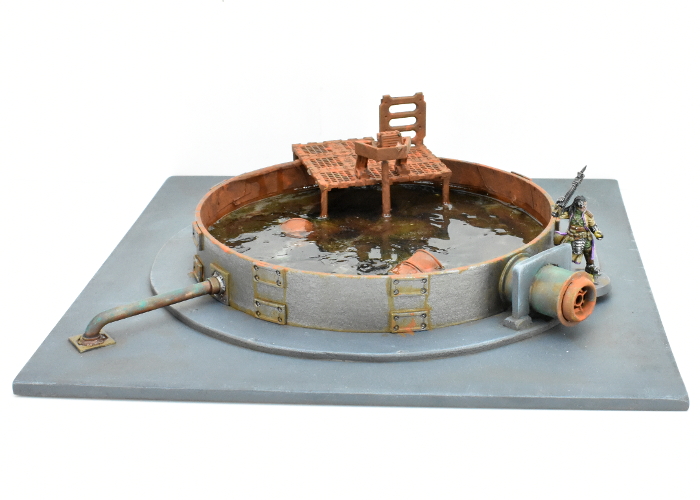 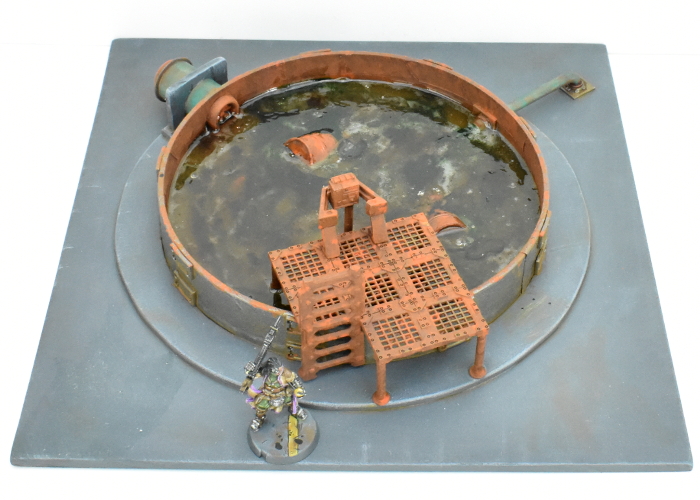 To build your own water tank of icky, muddy doom, you can pick up the terrain sprues along with the rest of the Maelstrom's Edge model range from the webstore here.

You're viewing a weblog entry titled Terrain Spotlight: Derelict Water Tank. If you like this entry you might want to: