In amongst my early tinkering with the miniatures released for Maelstrom's Edge, I came up with a concept for an Epirian 'Warden' - a jump-pack-equipped solo character armed with a flame thrower, built rather handily using leftover parts from the Scarecrow and Drone sprues. He proved rather popular, so I've put together a tutorial showing how to build one for yourself. 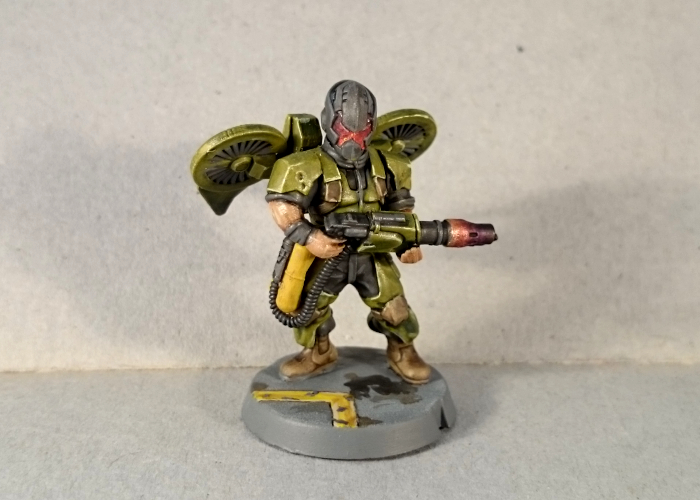 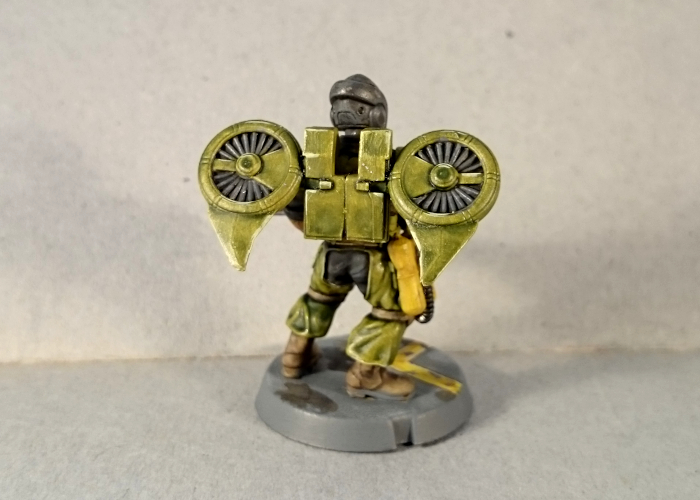 The original version requires a length of guitar string (or similar sized wire) for the flamethrower's fuel line and some pinning to hold the flight rotors in place. In order to keep things easier for beginners, I fine-tuned the design a little, replacing the separate tanks and fuel line with an integrated fuel canister, and slightly changing the way the jump pack goes together. 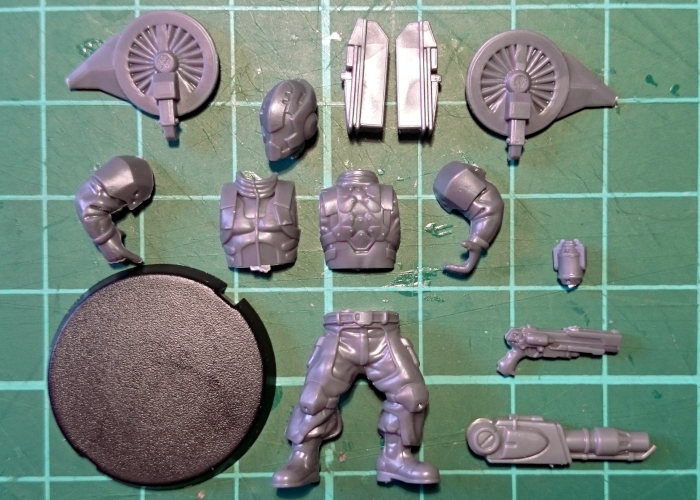 Start by prepping and assembling the legs, torso, head and arms (if you're less confident about getting the arms right, leave them unglued until you have the weapon ready to go on as well!) 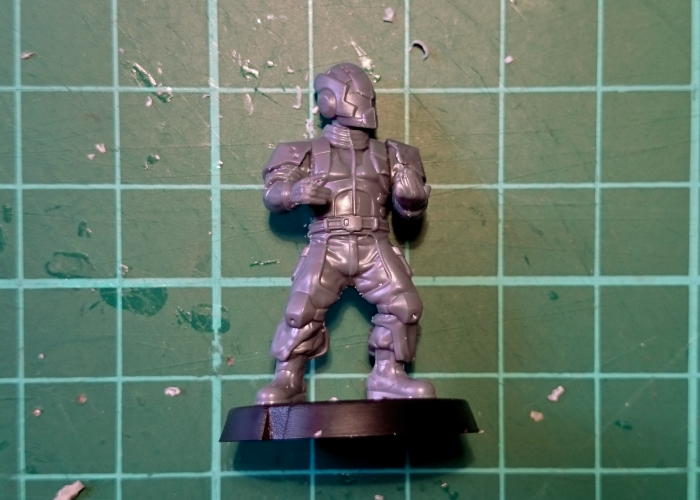 To alter the clingfire sprayer to be man-portable, take the sprayer, pistol and grenade and chop them off along the red lines below a knife or razor saw. 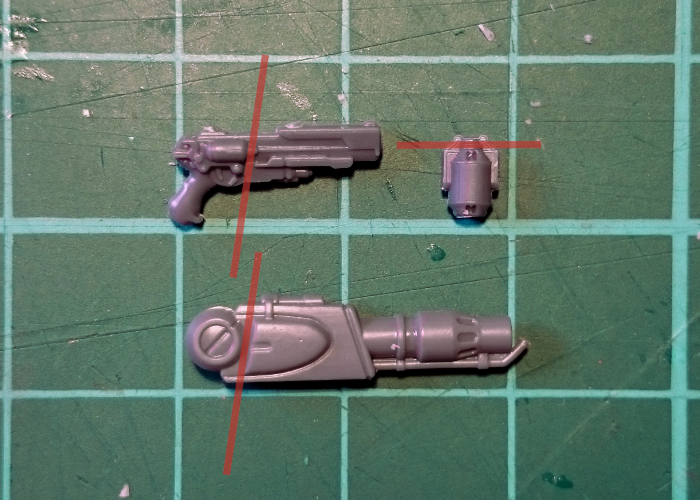 The cuts on the pistol and the sprayer should wind up at matching angles - if they don't you may need to sand or shave the back of the sprayer down a little more to make them fit together squarely. Glue the pistol grip onto the back end of the sprayer, and then glue the grenade upright onto the underside of the sprayer's casing. The end result should look something like this: 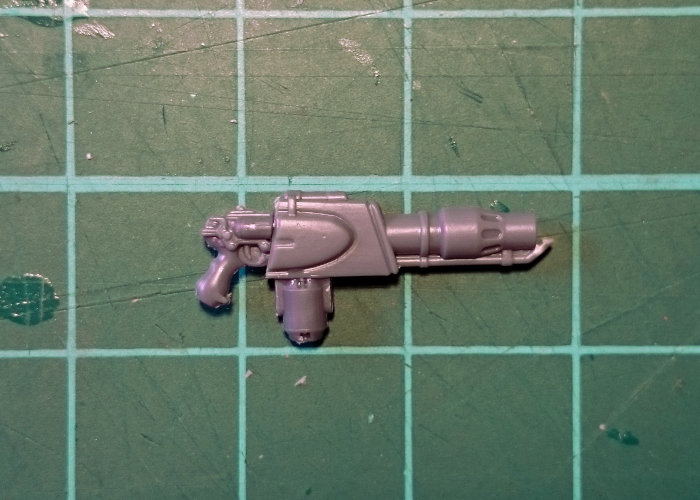 For the jump pack, take the drone side panels and remove the slight protruberance on the inside edges, where the pin-stripe trim runs around and finishes slightly past the facing of the part. 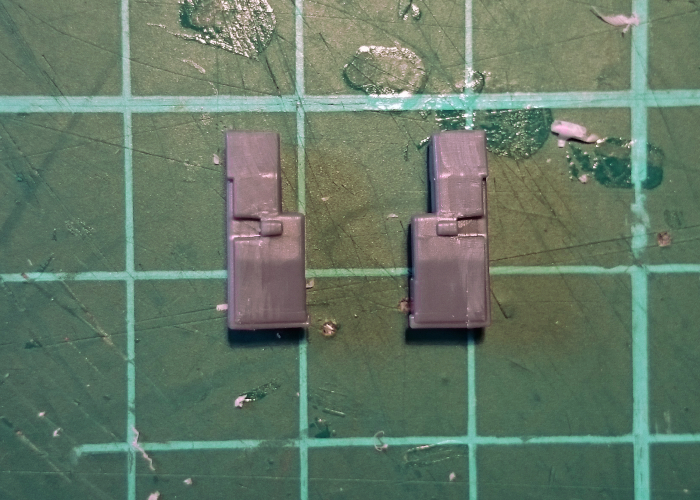 That lets the two pieces sit flush against each other. Glue them together, and then glue the rotors on. They will be upside down from the way they normally attach on the drone, and the shape of the joint piece on the rotor's connecting strut will cause them the flare backwards slightly when they're glued in. You should wind up with something like this: 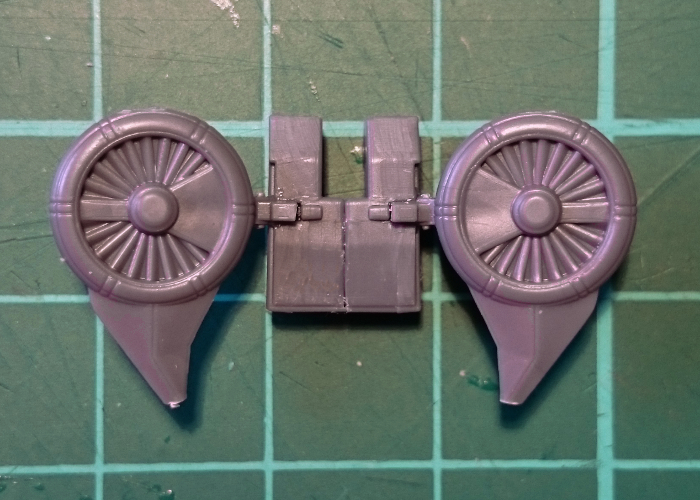 The clingfire sprayer can be glued in, and the jump pack mounted onto the model's back. If you sit it on the shoulder straps on the torso back, angled up so that the top end of the pack is just touching the back of the collar, it will glue snugly in place with a nice angle to it - gluing it flat against the model's back makes it look awkward for taking off. Your finished Warden will look something like this: 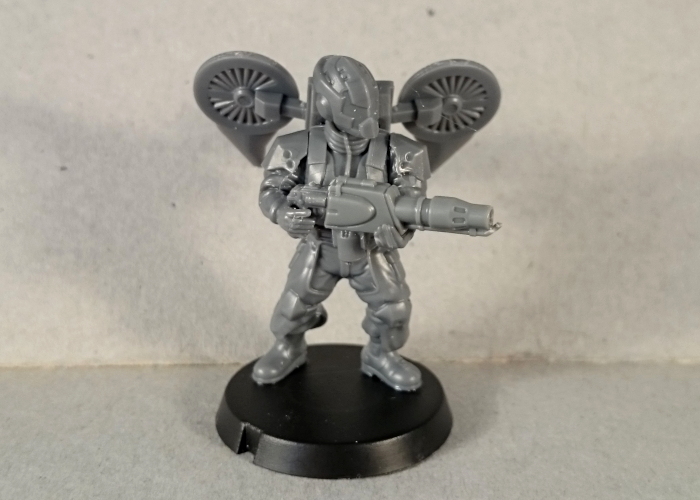 You can pick up the parts you need to build your own Warden from the Maelstrom's Edge online store (www.maelstromsedge.com - You'll need the Epirian Contractor, Handler, Scarecrow, Drone and Faction Expansion Sprues, although if you already have those units (and went with Spider drones instead of Fireflies) you can probably build the Warden from your leftover parts.

Updated 15th Nov 2022 - If you're interested in using the Warden in your games, you can find a rules page in the Maelstrom's Edge V2 Beta Rules section here, or a custom unit card for V1 in the 'Unofficial Cards - All Factions' document found here. This unit isn't an 'official' release for the game from the design studio, just something fun that I put together myself. So if you're planning on using him in your force, be sure to run it past your opponent first. 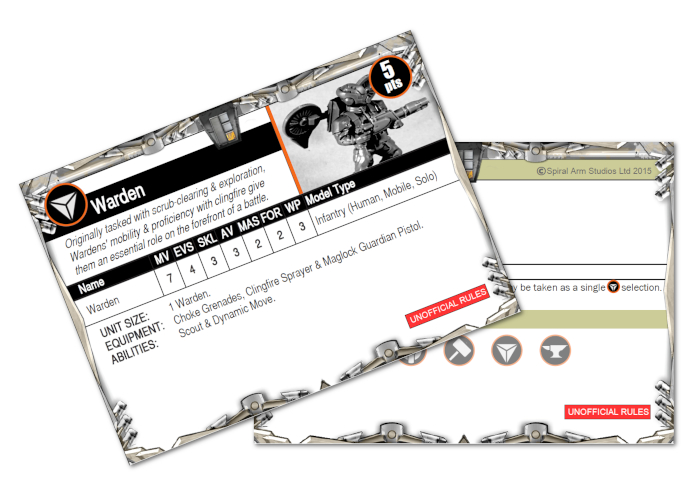 I would love to hear any feedback you have on the Warden's rules, or on the conversion and how you went with replicating or adapting it to suit yourself, so please share your creations, questions or comments on the Comm Guild Facebook page (https://www.facebook.com/groups/MaelstromsEdge)!

You're viewing a weblog entry titled Epirian Warden Conversion Tutorial and Unit Card. If you like this entry you might want to: