It felt like far too long since I had built any terrain, and so this week I decided to throw something together out of some leftover scraps and odds and ends from some Maelstrom's Edge terrain sprues. And so, a watch tower was born! 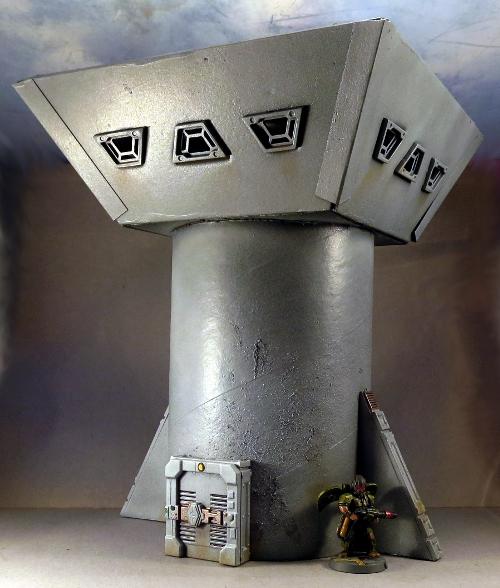 I started with just a vague idea of how this was going to turn out, and gathered up a bunch of useful materials: foam core, some thin cardboard, an offcut from an old postage tube, and of course the terrain sprues. 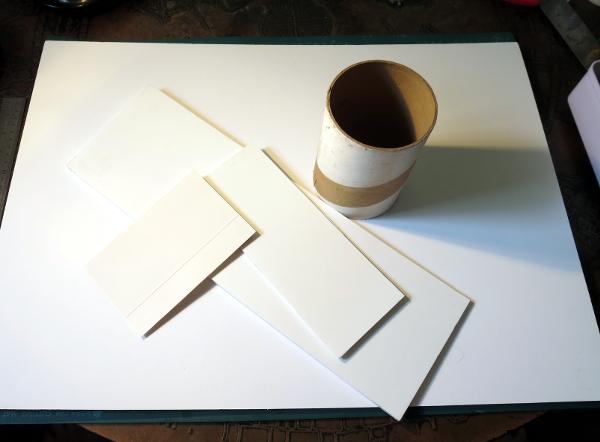 I also made use of a door assembly that I put together for a tutorial a little while ago and hadn't got around to sticking onto anything yet. This was build from one of the small doors off the terrain sprue, with boxing added around the back from a couple of the reinforcing detail strips. 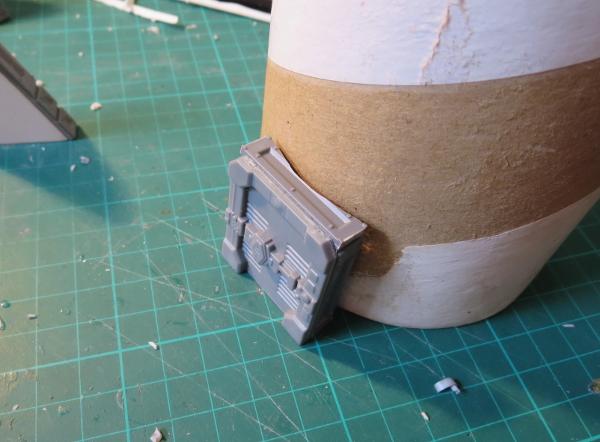 To fit the door to the curve of the tube, I rubed some chalk on the bottom of the tube, pressed the door against the tube with the top panel overhanging the chalked edge, and then rubbed it back and forth a couple of times to transfer the chalk to the inside of the panel. The it's just a matter of cutting away the chalked part of the panel with a sharp knife. 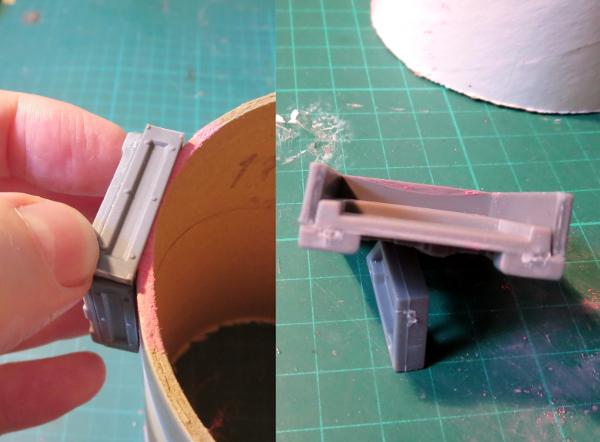 I wanted some buttresses spaced around the bottom of the tube. It's always a good idea when making gaming terrain to consider how the terrain piece will fit into the game. If you want your buildings to be more than just line of sight-blocking cubes, having some small protrusions around them that can be used for partial cover (buttresses, pipes, small balconies, etc) that models can lurk behind on their way across the battlefield is great for making them more useful on the table.

The buttresses were made from some 5mm and 3mm foamcore glued together, with reinforcing strips running up the angled outside edge. 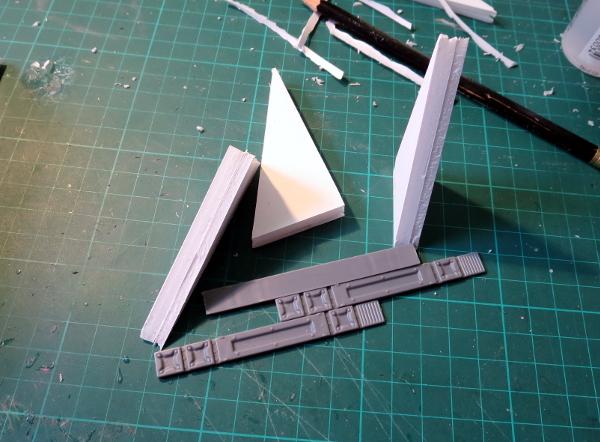 These were then glued in place at 90 degree spacings around the bottom of the tube. 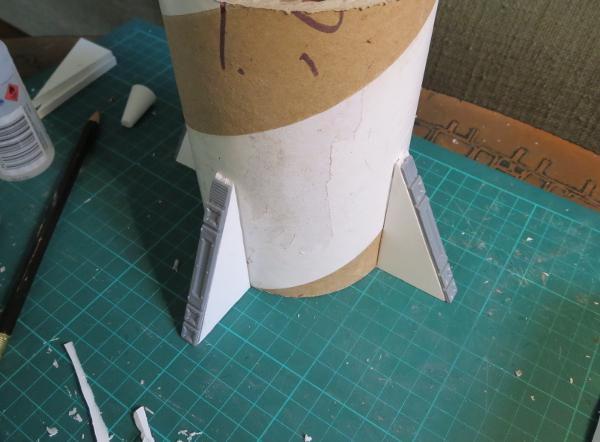 Then it was time to build the watch chamber to go on top.

Taking some 5mm foamcore, I marked out the first wall. 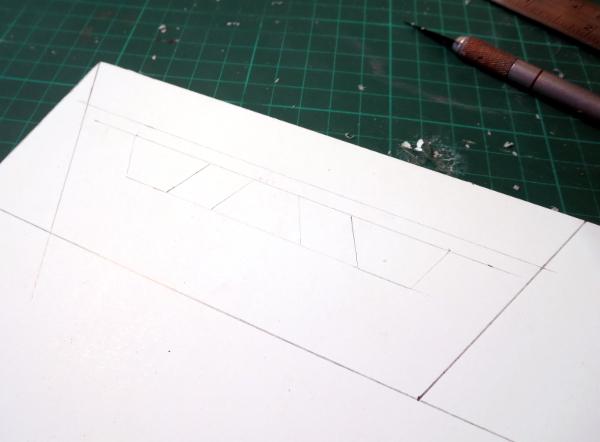 Using a sharp hobby knife, I carefully cut this out, and then used it as a template to make three more. 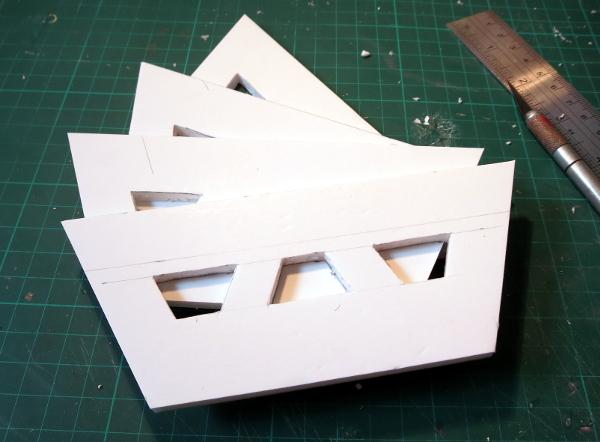 Trapezoid windows from the terrain sprue were glued into the window cavities, and then I chamfered off the back edges of the walls slightly to help them fit together for gluing. This wasn't particularly exact - that would have required far too much maths for a sunday afternoon, due to the angle of the walls. They'll be held together quite firmly by the glue and some cardboard reinforcing on the corners, so it doesn't matter too much if they don't meet up perfectly flush. 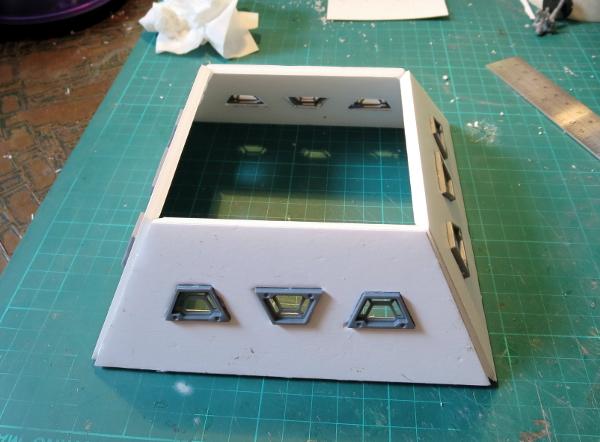 Speaking of cardboard reinforcing - these are just some 2cm-wide strips of thin card, cut with a bit of an angle at the top so that the outside corners don't stick up past the tops of the walls. Once superglued to the outsides of the corners, these add a bit of strength to the wall joints. 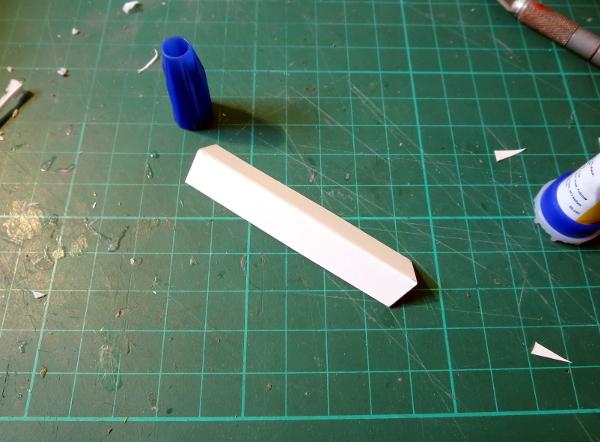 A square of foamcore with chamfered edges drops in to form the floor. 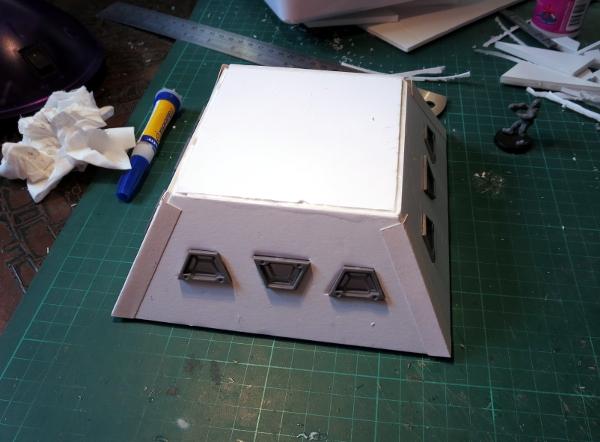 A similar but slightly larger square went in just above the windows, to create a roof with a nice little balcony. This comes back to the functionality aspect again - I like to have lots of buildings with game-friendly space on top. A hatch from the terrain sprue adds an access point from within the building.

(Note - if you care about having functional-looking and/or painted interiors in your buildings when they can be seen through the windows, remember to sort out the inside before gluing the roof on! Alternatively, painting the interior black before adding the roof makes it much less visible once everything is sealed up, or you could just glue small pieces of card over the insides of the windows so you can't see through them, and paint them up as opaque glass.) 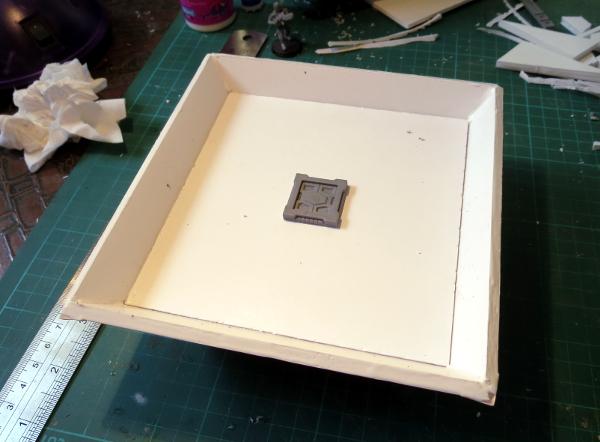 Then all that remains is to glue the watch chamber to the top of the tube. 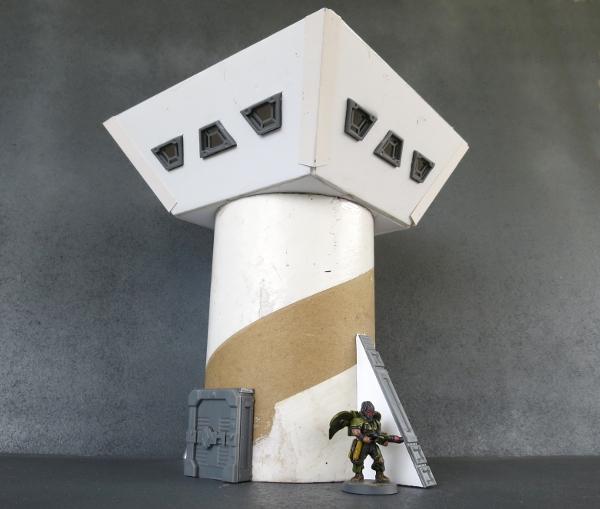 Once all of the glue is set, the watch tower is ready for painting and basing! 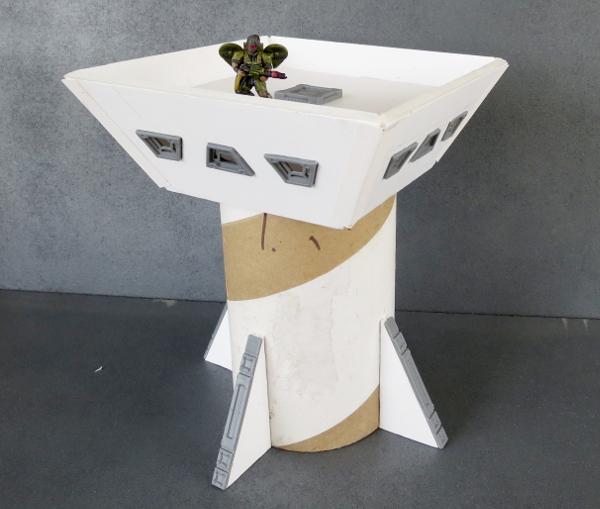 If you want to try your hand at building a watch tower of your own, or are feeling inspired to try something different, you can pick up the terrain sprue from the Maelstrom's Edge website here.

You're viewing a weblog entry titled Terrain Spotlight: Watch Tower. If you like this entry you might want to: