By far the most rare of the Broken sub-factions are the Spiral Arm Revolutionary Army, also known as just SARA. These are Broken who escape their system but cannot abide the immoral way that governments at the Edge continually lie to, and doom the common man to death by the Maelstrom while escaping to safety themselves, and they vow to do whatever it takes to stop this from happening to others. Unlike most Broken, members of SARA are proud to be known as Broken, and often display the Broken symbol on their ships and gear. Like all Broken, SARA engages in piracy to survive, however they make a point to go after very specific targets, namely those they deem to be colluding to save only the rich and powerful from the Maelstrom. They regularly attack Epirian Foundation facilities, blaming the massive, wealthy corporation of profiting off the destruction caused by the Maelstrom while not utilizing these profits to save every person they can. Its unsurprising that SARA is also a natural enemy to the Karist Enclave, as the Karists actively attempt to keep people from escaping the Maelstrom. Unlike other sub-factions of Broken, SARA utilize propaganda and often have secret donors helping to support their cause even when all planetary governments condemn the actions of SARA as those of a terrorist organization. 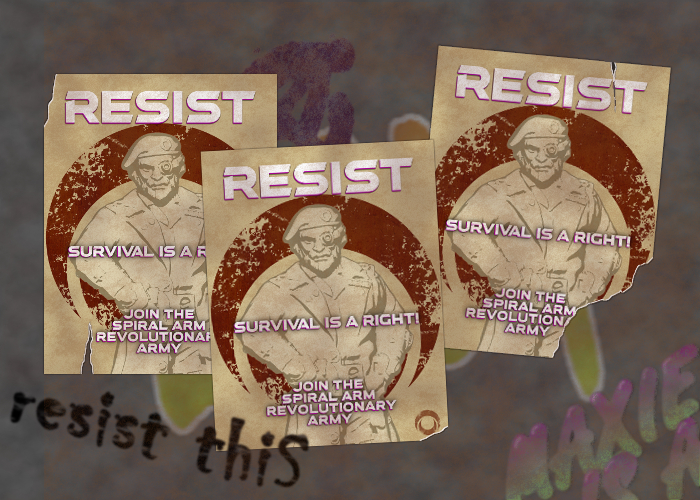 Tales of SARA have filtered throughout the spiral arm, so similar to the Jackals, there is a constant stream of people moving towards the Maelstrom’s Edge looking to join their cause. However, while SARA sees the Forsaken as potential allies and a pool for recruitment, they are vehemently opposed to Jackals, who they see as poisoning the otherwise good name of the Broken. SARA cells will often go out of their way to attack a Jackal stronghold when they discover its location.

With their well-equipped, fast-moving fleets, SARA does wage some military campaigns at worlds right at the Edge, mainly by attacking external forces that have laid siege to a planet so as to exploit its resources before the Maelstrom arrives. But even when they’re successful in these types of campaigns, the number of people they can actually rescue is often quite small, basically just those who can fit onto the ships they manage to liberate during the fighting. As a result, SARA instead prefers to target worlds that are still a few generations away from being threatened by the Maelstrom, but are downplaying the danger to their populace and secretly shuttling away the rich and powerful. These types of worlds almost always have secret cells of SARA already in operation, funded by secret donors who see SARA as either a philanthropic cause or just a way to guarantee their own escape from the Maelstrom. These cells seek to weaken local government and ferret out hidden Karist Enclave cells. Bolstered by reinforcements from out-system, SARA groups will spread their infiltration throughout the society to fuel full scale revolts. It isn’t entirely unknown for SARA to completely topple a government this way, and turn the planet’s full scale production towards producing ships to save as many people as possible. 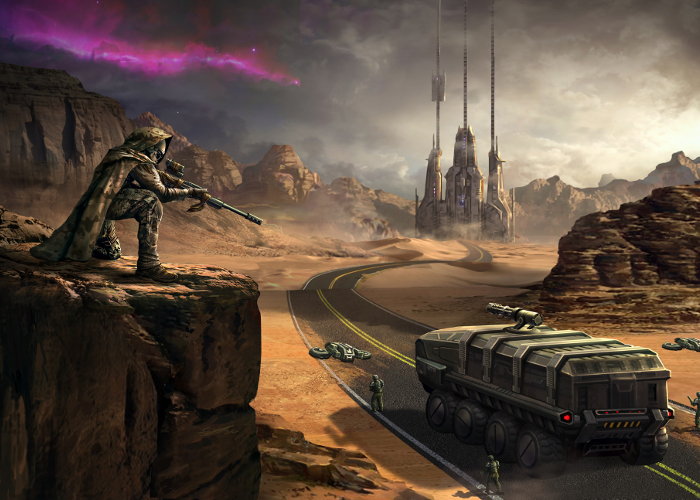 SARA is very much a paramilitary organization and more often than not, the founders of a cell start as lower echelon military units on a dying world who realize their government is not going to save them. They spend years organizing rebellions, training civilians to fight, struggling to get as many people off-planet as possible. As SARA contains a higher percentage of military-trained individuals, it tends to be much more regimented and organized than most Broken forces, and has better discipline and morale. When the time comes for open conflict, SARA cells are organised into brigades, each led by a Revolutionary Colonel. Each brigade is comprised of a varying number of companies depending on the number of SARA units available, each led by a Revolutionary Captain. When SARA manages to rescue souls from a dying world or from ships that have no place to go, able-bodied adults are offered a place in a SARA company for a certain period of time - usually 5 to 10 years, depending on the particular cell. After their service time is up, they are free to leave and try to find their own way in the galaxy, though many choose to remain with the fleet. In this way, SARA fleets are constantly provided with a stream of new recruits.

While from outside SARA is commonly seen as a single entity, there is no true central leadership and each brigade acts autonomously. Some degree of communication between fleets does exist, through cells utilising fast courier vessels or infiltrating Comm Guild facilities and piggybacking support requests or warnings onto authorised Guild messages. This allows SARA fleets to converge when a larger response is required than each can handle alone, or to avoid systems where the danger from the Maelstrom’s unpredictable advance is too great to risk their valuable resources. Sharing similar goals does not always guarantee co-operation though, as fleet commanders may disagree on the value of specific objectives or the best allocation of resources, occasionally even leading to conflict between different SARA brigades.

SO... why are we telling you all this?

Next week sees the release of our new, plastic SARA commander model, which will open up new options for your Broken forces in Maelstrom's Edge. We will also have a showcase article to follow the commander, with a SARA force being put together by Iain - stay tuned! 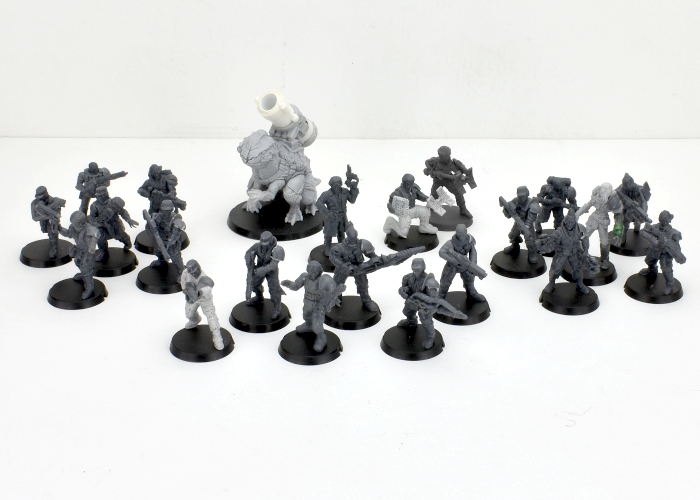 Put together your own ill-equipped rabble of doom by picking up the plastic Broken infantry sprues, along with the rest of the Maelstrom's Edge range from the webstore here.

Great looking figure and backstory.
Very excited to have this new sub-faction appearing and looking forward to seeing more.

You're viewing a weblog entry titled What is SARA?. If you like this entry you might want to: