In a previous article, we talked a bit about the weaponry the Broken favor, namely that they like to customize and overcharge their weapons to make them deadlier, even when doing so means that they have a tendency to break down, overheat or even explode! Today we're going to take a closer look at the different classes of weapons that you'll find on the Broken Rabble sprue.

The most commonly found type of ranged weapon throughout the spiral arm, slug weapons are cheap to produce and easy to maintain, making them the workhorse of the Broken armory. Broken tend to favor slug weapons with a high rate of fire, even though their ability to penetrate armor isn’t very good.

An Auto Slugger starts life as a 'liberated' Epirian Foundation Maglock Assault Rifle. However, as the Broken can't easily replicate the Foundation's caseless Maglock ammunition, their weaponsmiths instead convert its chassis to fire a smaller, jacketed round. This conversion creates a weapon that has a much higher rate of fire but unfortunately a lot more recoil. 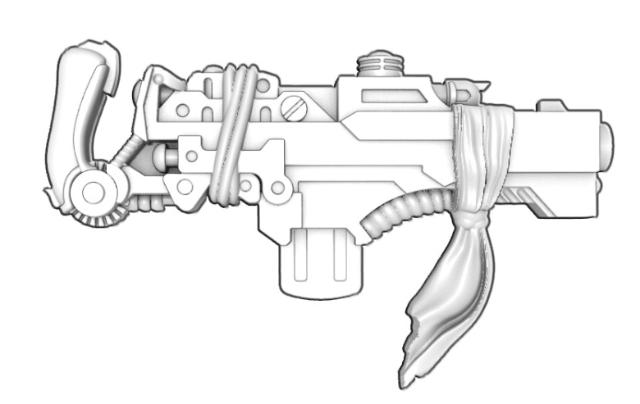 The Broken have a long history of weaponizing lasers, converting them from a wide-range of industrial applications. Invariably, Broken weaponsmiths set the damage output for these weapons at their absolute maximum, firing short, but incredibly powerful beams capable of melting through even the toughest enemy armor. However, this also makes the weapon highly unstable: prone to overheating, shorting out and on occasion, bursting into flames. 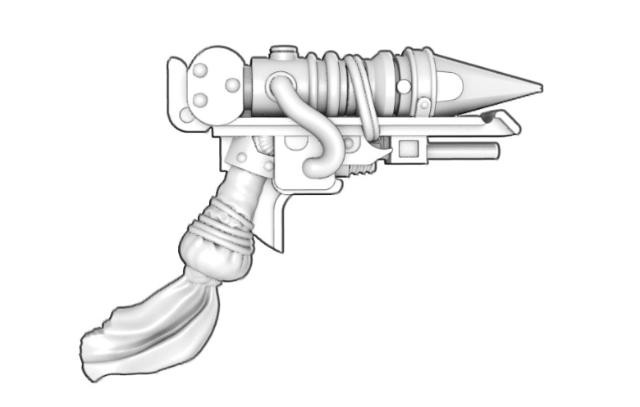 Beam Blastguns are sturdy and incorporate a blade at the tip of their barrel, making them double as perfect melee weapons for close-quarters fighting.

Combustible liquids are quite easy to find and manufacture, providing the Broken with weaponry even when supplies of more traditional ammunition are running low. Torch weapons are also the perfect fit for short-ranged firefights, precisely how the Broken prefer to face their foes. 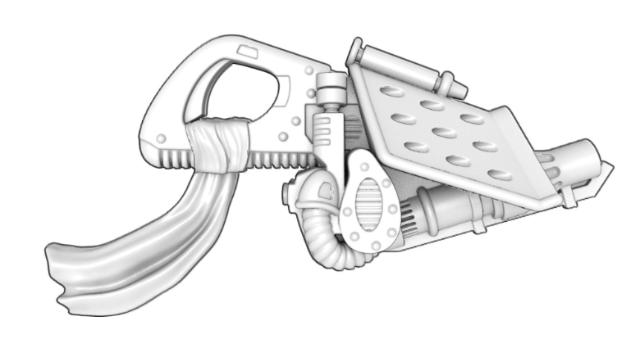 Many cultures in the spiral arm refuse to utilize chemical weapons, deeming them morally repugnant or abiding by longstanding, often totally outdated, treaties that ban their use outright. The Broken have no such qualms, and the relative ease with which the components to concoct chemical weapons can be found amongst the black markets makes them a popular choice. Chem Launchers hurl a small pellet, smashing open upon impact and spraying the area with a lethal combination of liquid acid and a potent airborne poison. However, as most Broken aren't equipped with any kind breathing protection, these poisons are designed to disperse incredibly quickly, affecting only a small targeted area. 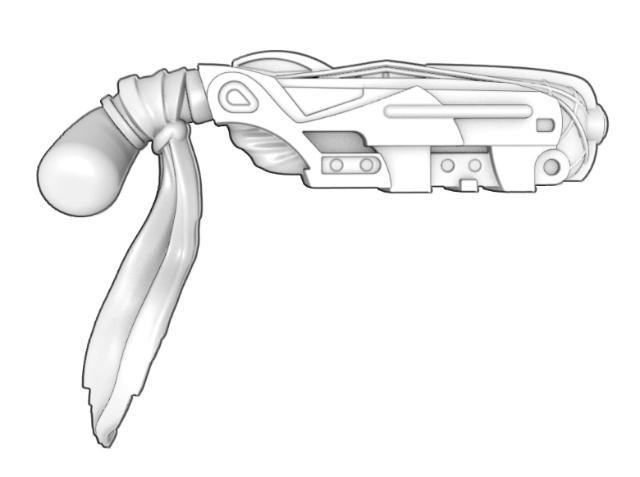 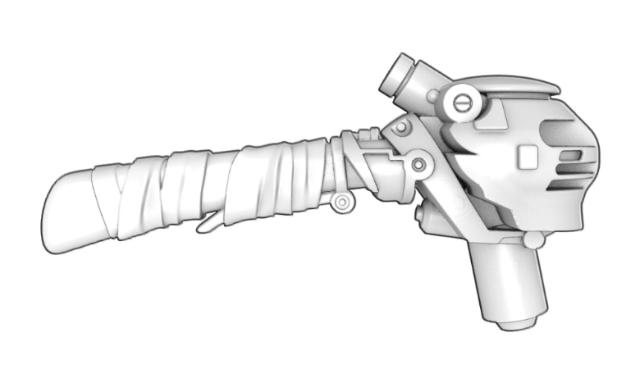 Broken weaponsmiths are renowned for making weapons out of junk that other factions would never dream of using. One example is the EMP Harpoon, which utilises gas-powered harpoons, each with a ‘liberated’ Epirian Foundation EMP charge housed inside, perfect for penetrating fields and pulling the enemy out from cover.

Plastex is an incredibly sticky industrial adhesive used in construction by the Foundation. The Broken use this substance to make their glue weapons, which can completely incapacitate their targets in a messy goo. Unfortunately, Plastex is not designed to be deployed so rapidly, meaning glue weapons often jam or misfire, splattering their operator or those Broken unfortunate to be around them.

The Broken favor simple weapons that are easy to procure, and their choice of grenades is no different. Cluster grenades are the most common anti-personnel grenade in the spiral arm and any military shipment or installation the Broken manage to raid invariably provides them with crates of cluster grenades. 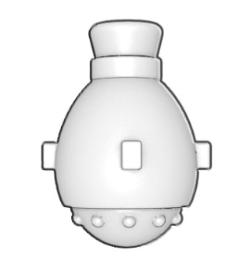 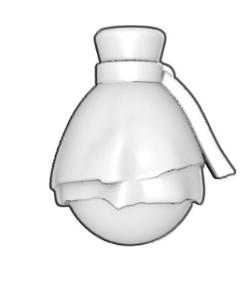 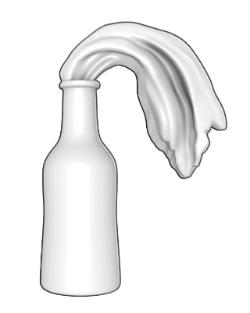 Overcharged powercells are standard-issue batteries used throughout the spiral arm for portable power, but which are set to dangerous levels, causing them to detonate with frightening power.

You're viewing a weblog entry titled 'The Broken' Rules - Part 4: Broken Weaponry. If you like this entry you might want to: