As we discussed in the previous 'Missions and Objectives' primer article, the Maelstrom's Edge rules allow for two different types of mission - Competitive missions, where both players have the same objectives, and Narrative missions, where each player has a specific objective of their own to achieve while trying to prevent their opponent from achieving theirs. This time around, we're looking at how those Narrative missions work. 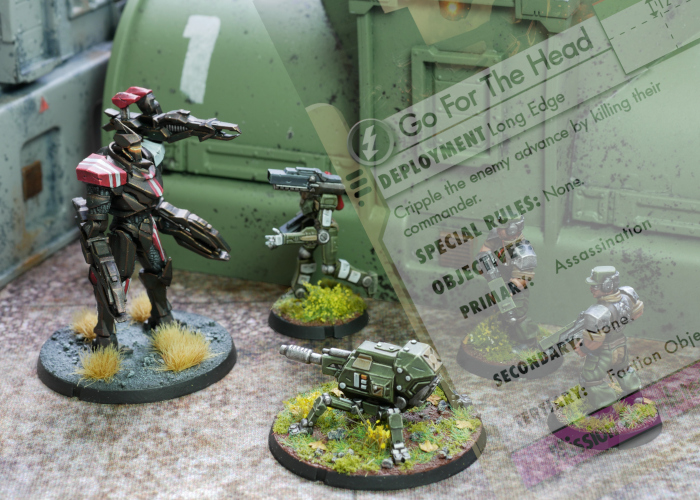 To create more of a level playing field, competitive missions require players to pick their forces without knowing what their mission will be and whether their force will end up being the attacker or defender. In truth, however, a force is almost always hand-picked and deployed to complete a specific mission. Narrative missions represent the perfect opportunity to recreate this dynamic more accurately, and in keeping with this idea, players select their forces [i]after[/i] choosing the mission, rather than before. This can be done to allow each player to select their own ideal force, or can be a co-operative exercise with players agreeing on the sort of forces that would be appropriate for the mission. The mission itself would usually be chosen by the players, although there's always the option to make it a random selection if you are not too attached to playing any specific type of battle.

The Narrative mission cards are mostly the same as for Competitive missions, except that there are two cards for each mission - an Attacker card and a Defender card. The mission objectives listed on each card apply only to the player with that card. So one player's Primary Objective may be to assassinate the enemy commander, while the other player has to capture objectives around the board. There may or may not be Secondary missions in play, and the player's Faction objective will also always apply as a Tertiary objective. 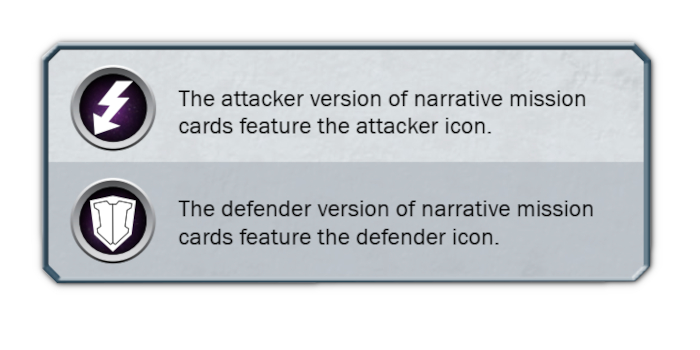 Because Narrative missions often use non-standard deployment, the cards also include a diagram showing the shape and position of the deployment zone for each player. As with Competitive missions, the players roll off to see who chooses deployment zones with the winner choosing an appropriate zone and their opponent taking the corresponding zone from their card to suit. For example, if the deployment zone is 'Long Edge' for both players, the winner of the roll would choose either of the long board edges and their opponent would take the other. 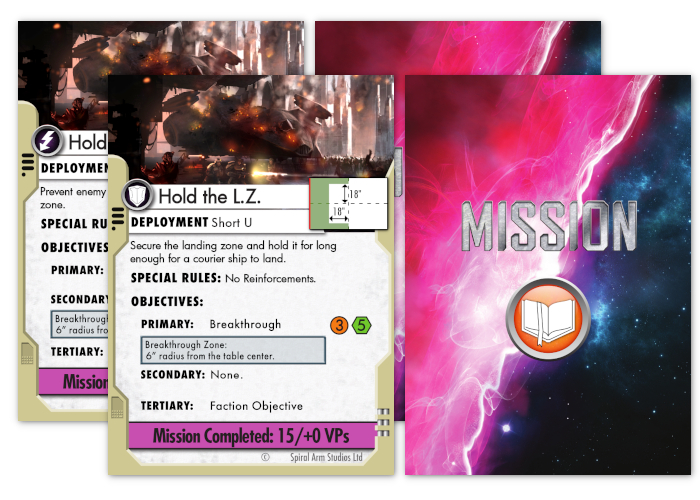 As with Competitive Missions, there may be mission special rules that apply. These may restrict Reserves or Reinforcements, or impose other restrictions or bonuses on the force. In Narrative missions, however, these only apply to the player if they appear on their card. So one player may have the 'No Reserves' rule preventing them from keeping units off the table at the start of the game, while the other player may be free to reserve units if they wish.

Narrative missions excel for use in campaigns: where the result of one game has some bearing on which mission is used for the following game. There are a near infinite number of ways to implement a campaign system, though, and so while we intend to produce various campaigns for you to use in the future, players should feel free to let their imagination run wild coming up with custom campaign missions and different ways to link their games together. 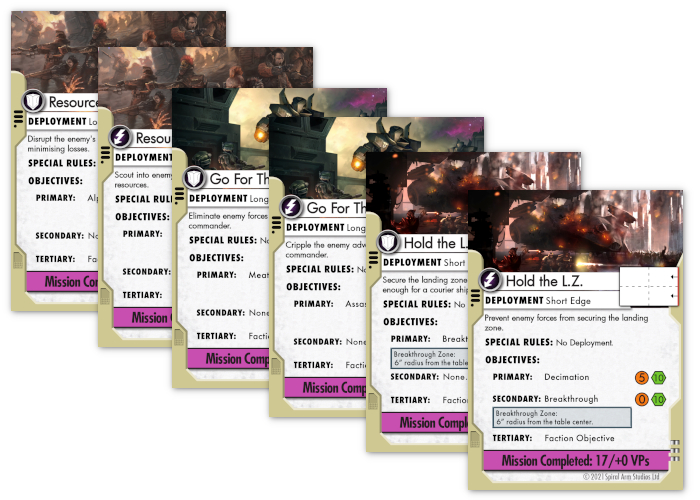 To get started with your Narrative journey, we've created three Narrative missions - "Hold the L.Z.", "Go For The Head" and "Resource Grab" - which you can download now from the 'Rules' section of the Maelstrom's Edge website here. Just download the PDF, print and cut out the cards, and you're good to go. We will release new narrative cards periodically, to give you something new to wage war over.

Get your tactical hat on and order the Battle for Zycanthus set, along with the rest of the Maelstrom's Edge range, from the webstore here! Free shipping applies to qualifying orders - check your cart for details.

If you have any questions on Narrative Missions, or any other aspect of Maelstrom's Edge gameplay, feel free to pop in to the Comm Guild Facebook group here.
Find the Maelstrom's Edge rules and the full range of models at www.maelstromsedge.com

You're viewing a weblog entry titled Game Primer: Narrative Missions. If you like this entry you might want to: