Today's artwork is one which we have not featured too heavily in our literature to date. We are very keen to show as much daily life as we do warfare, and this image is one of the central pieces around that theme. 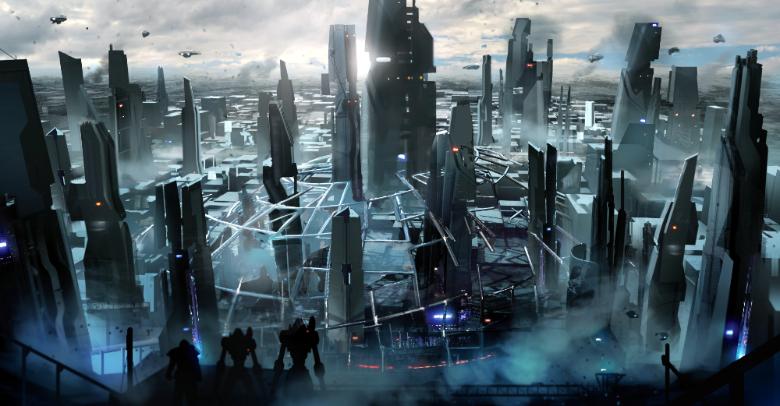 Click the image above to view it as a larger size.

This city is a typical Epirian city like Pike's Basin on Zycanthus. When the Epirian Foundation starts to terraform a world, it needs a presence on that world. Settlers usually arrive before the atmosphere is fully supportive of life, and so in the early decades of terraforming, settlers live in giant habdomes the size of a small city. As the atmosphere settles, these domes are removed or at least no longer maintained. Being the point of influence for much of the planet, cities grow in and around the original settlements. Often, as shown in the image above, huge buildings spring up through the remains of the original terraforming habdome - something which is left as a reminder of mankind's dominance over the planet.

A handler and two scarecrows watch over the city, silhouetted in the foreground as life goes on, the Maelstrom a distant but ever present concern for its inhabitants.

You're viewing a weblog entry titled Artwork Analysis - An Epirian City. If you like this entry you might want to: