What is the Maelstrom?

When the Maelstrom erupted from humanity’s Capital Worlds a millennium ago, it destroyed hundreds of parsecs of space in the blink of an eye. A colossal energy storm spanning light years, the Maelstrom expanded ever onward, traversing dozens of light years in mere hours. It ripped apart the centre of humanity, destroying worlds in an instant, leaving no time for escape. After this initial frenzy, the expansion of the Maelstrom slowed to a fraction of its initial speed as it left the matter dense Capital World systems, its coruscating purple-red blight on the sky becoming a harbinger of utter destruction to all. 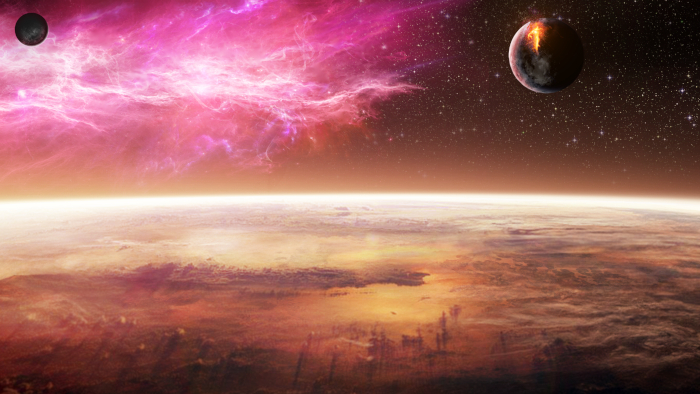 The Maelstrom was strongly attracted to large masses, consuming them swiftly and spreading along the large and stable cybel tunnel networks that linked them. The Maelstrom travels slowly as it expands through empty space, lacking anything to react with, but moves more rapidly as it reaches a star system and begins to react with the mass contained within. This gives the Edge a chaotic, churning appearance at large scales, reaching ahead in some places like a solar flare, and curving around empty areas far more slowly. Some worlds considered safe from the Maelstrom for centuries suddenly come under threat within decades, while other worlds left to fend for themselves in the wake of imminent destruction are given last minute reprieves as the Maelstrom curls around them towards a richer target, buying them a few more years, but cut off from any possibility of escape. 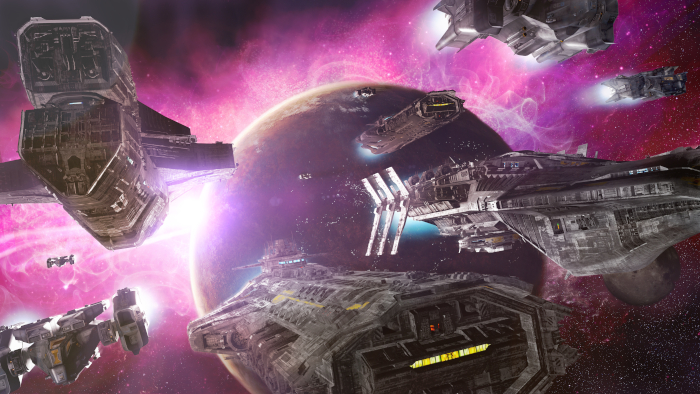 What remains of mankind is trapped between the Maelstrom’s Edge and the rim-ward tip of the Spiral Arm. With the gulf between galactic arms untraversable, the only direction to go is rim-wards, away from certain death into an uncertain future. There is some hope. Many worlds still hundreds of light years from the Edge are unaffected by the disaster. Further towards the rim of the galaxy, entire civilisations of alien and human cultures still trade, invent new technologies, terraform worlds, and live their lives as it used to be, but as stellargees fleeing the Maelstrom begin to arrive, the inhabitants of these worlds too begin to look over their shoulders at what’s to come.

You can find out more by downloading a free PDF version of the Maelstrom's Edge rulebook here. If a physical book is more to your taste, grab the Battle for Zycanthus starter set or any of our novels or audiobooks from the webstore here! Free shipping applies to qualifying orders - check your cart for details.

You're viewing a weblog entry titled What is the Maelstrom?. If you like this entry you might want to:

What is the Maelstrom?