What is the Karist Enclave?

The Karist Enclave are a secretive organisation that operates on doomed worlds close to the Maelstrom’s Edge. The motivations of the Heirarchs who lead them are only guessed at by outsiders, but their missionaries can be found in cities all across the Edge, extolling the core belief of the Karist faith: that the Maelstrom isn’t the end of life, but the beginning of a new one. 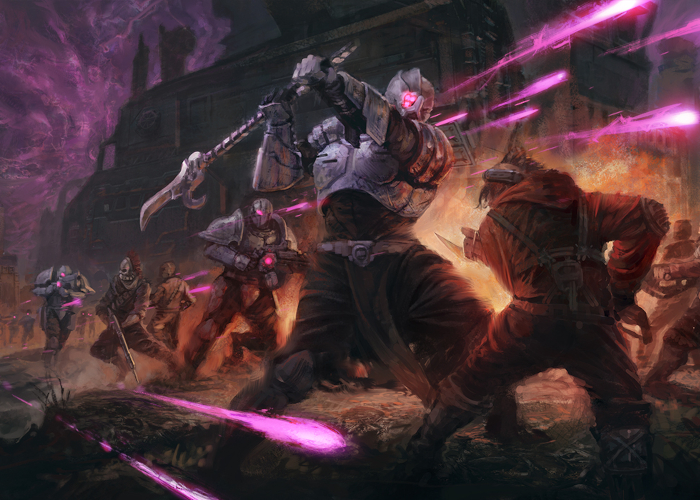 Karist society is focused around service to the Enclave, and all Karists are expected to give their time to the Enclave’s needs, whether that be a tour as a soldier or missionary, or the giving of time to perform communal tasks. In return for their services citizens are given an allocation on the Enclave’s nanoforges and are also allowed to partake in commune rituals, where Kaddar Priests touch their followers with small quantities of na-cybel energy, inspiring flashes of euphoria and visions that are said to be hints of what happens during ascension.

In battle, the Enclave’s forces are clad in distinctive scalloped armour, and armed with weaponry that fires pulses of cybel energy. Frequently, they are also accompanied by Angels, ethereal alien creatures that live off cybel energy, kept enslaved by their Keepers to inflict huge damage on the Enclave’s enemies. Shadow Walkers, acting as the hands of the Heirarchs, use their skills in stealth and deception to infiltrate the governments and armies of their foes. 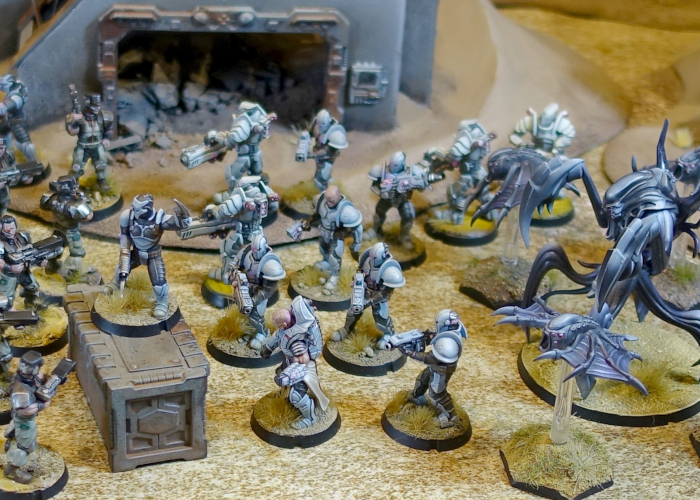 Ascension drives all of the Enclave’s actions, from the missionaries who travel to doomed worlds to the soldiers who ‘liberate’ those planets viewed as essential by the Heirarchs. Whether that strategy is defined by the number of Karist believers on the planet who need to be saved or the resources that can be appropriated is a matter of some debate amongst critics of the Enclave’s operations. Whatever their motivations, the Karist Enclave is a growing force across many of the worlds threatened by the Maelstrom’s Edge. 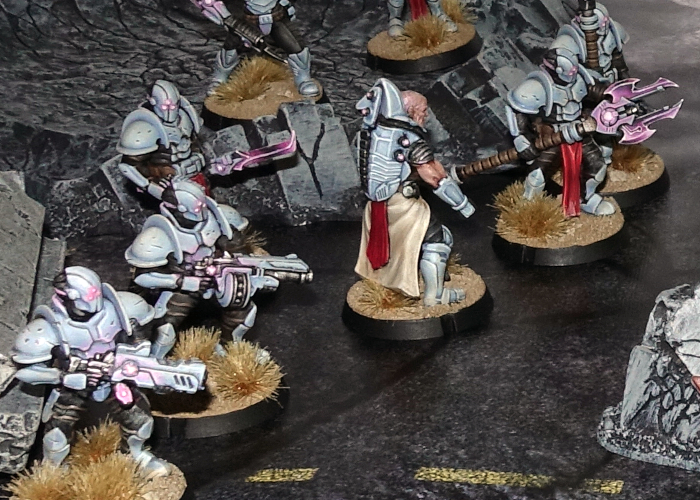 The aliens known as the Angels of the Maelstrom are many-limbed, amorphous creatures of deepest black. The creatures have long been the subject of legend around lonely spaceship mess decks, but until the Maelstrom had driven them from their deep space habitats they had rarely been seen. Angels can change form, with some resembling giant bipedal squid and others smaller, winged beasts. Although when they had been encountered in deep space the Angels are shy of human contact and relatively benign, the Maelstrom seems to drive them to insanity. Fleeing the Edge like savage beasts before a fire, the Angels are drawn to sources of cybel energy, and will descend upon ships, stations or worlds in their path with catastrophic fury. The Karist Enclave has come to use this hunger for cybel energy to enslave the alien creatures for their own ends. For hundreds of years, the Keepers of the Karist Enclave have enslaved Angels, keeping them docile using regimented doses of cybel energy. Keepers experiment on their captives, using different forms of cybel energy and electromagnetically charged cages to shape the Angels, encouraging them to grow new limbs or shapes to match the Enclave's requirements. 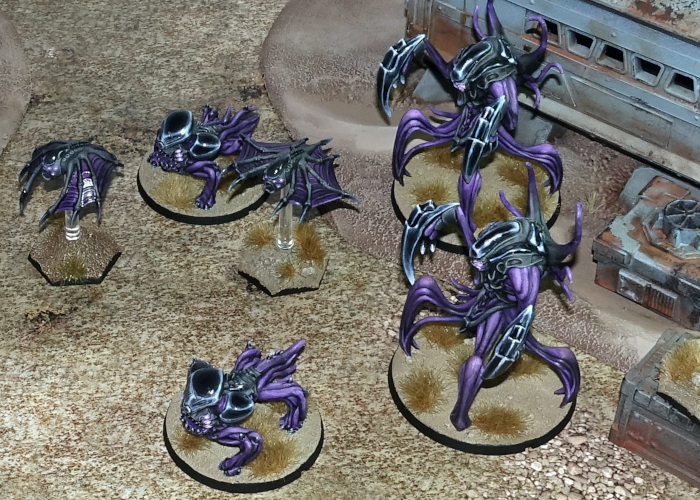 You're viewing a weblog entry titled What is the Karist Enclave?. If you like this entry you might want to:

What is the Karist Enclave?